The Predator Returns on Marvel Comics

Marvel’s newest predator comics series continues this March with the launch of Predator #1. The story will continue to follow Theta Berwick, the series’ new protagonist, who is on a mission to rid the galaxy of the deadly Yautja aliens.

Joining writer Ed Brisson in this next chapter will be artist Netho Diaz, who’ll be bringing Theta’s journey to life. Set years after the opening arc featured in Predator, the new series is perfect for newcomers and a must-read for fans of Brisson’s previous run. In this epic new saga, Theta and a host of new characters find themselves trapped on a distant planet, fighting for their lives against three distinct Predators. Each of these Predators uses their vicious skills and alarming expertise in distinct and terrifying ways but share the same ultimate objective: HUNT. KILL. REPEAT.

But the Predators aren’t the only ones on the hunt in this deadly game. Someone else has the Yautja in their sights, and they’ve been searching for this game preserve for a long time. Prepare for a brutal, carnage-filled adventure that will turn everything you thought you knew about Predators on its head.

“As a lifelong Predator fan – ever since seeing the first at the drive-in theatre at too-young-of-an-age – writing the comic has been an absolute dream gig,” says Brisson in a Marvel Press release. “I’ve been thrilled at fan reaction and how I’ve been able to bring Theta into Predator lore – a bad-ass hunter we haven’t seen the likes of since Dutch took down the Jungle Hunter back in 1987.”

“My only problem with our first series was that it was over too soon! I wanted, no… needed, to write more in this universe,” he continues. “Thankfully, we’re coming back, with incredible newcomer Netho Diaz on art, to tell a tale that ties into film continuity, while breaking new ground. We’ve got a new cast, new Predators, and some huge surprises in store! If you’ve read and enjoyed our first series, you are not going to want to miss out.”

Get a sneak peek at the cover now, and let your fears be reborn when Predator #1 launches in March. The final issue of Brisson’s first Predator arc will also debut with Predator #6 on January 11. Likewise, keep an eye out for Predator By Ed Brisson Vol.1: Day of The Hunter, the collection containing all six issues, on sale this summer. 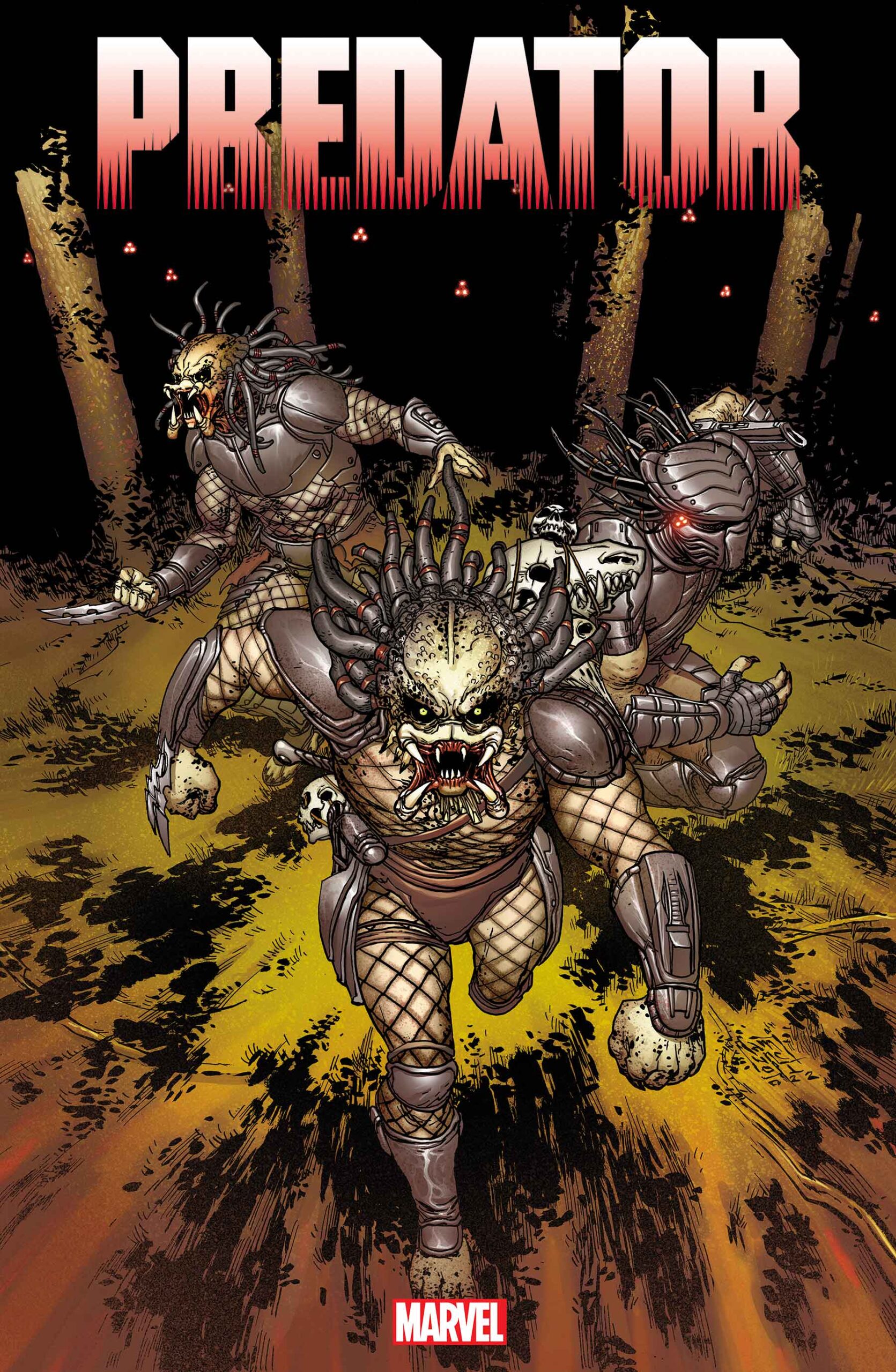