Mad Max: Fury Road is a finely-tuned engine of carefully choreographed chaos. Director George Miller returns to his seminal franchise after three decades with an incredible purity of vision. Savage and beautiful, the film roars out of the gate and pauses only briefly for the audience to catch its breath during its 120 thrilling minutes. Filmed with a heavy emphasis on using practical effects and real stunt work, it’s a genre-redefining action film that will leave you equally dumbfounded and electrified. 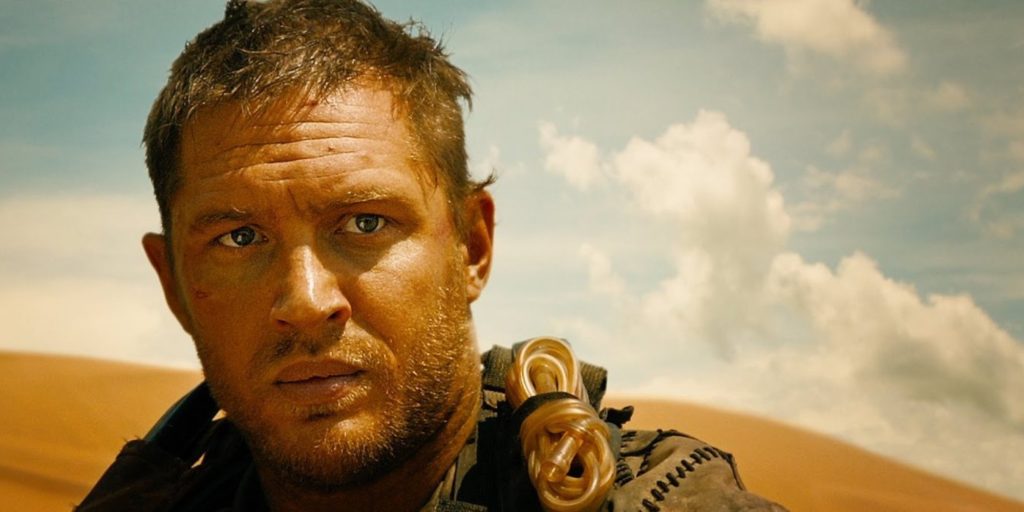 Tom Hardy stars as the titular Max, a lone wanderer in the post apocalyptic wasteland who is quickly taken prisoner by the minions of Immortan Joe (Hugh Keays-Byrne). Immortan Joe commands a zealous following of War Boys, and together they control the Citadel, a vital water-pumping station and one of the few remaining bastions of humanity. He is soon betrayed by Imperator Furiosa (Charlize Theron), one of his greatest commanders, who smuggles out his collection of “breeder-wives” in search of a better life. Outraged, Immortan Joe mobilizes his war band in pursuit, calling in support from neighboring Gastown and The Bullet Farm.

The plot is lean and streamlined but not deficient–the film is still able to find the humanity beneath the madness. While Max maintains his lone wanderer stoicism, he’s haunted by those he’s lost. It plays out in very quick, abrupt flashbacks, and doesn’t really detract from the frenetic action on screen. Imperator Furiosa is the closest thing to a more traditional hero; her story is one of redemption, while Max typifies the sort of solitary drifter more common in Westerns.  Nicholas Hoult provides a strong and surprisingly nuanced performance as Nux, a war boy on a quest for a glorious death.

The film provides an incredibly rich depiction of the post apocalypse. Shot in the Namib Desert, the film utilizes a small but vibrant palette of colors to incredible effect. The rich oranges of the desert to the deep blue of the sky are punctuated only by flashes of steel and fire. The world George Miller has painted is filled with fascinating details both beautiful and grotesque, from the various maladies afflicting the irradiated and likely inbred remnants of humanity to the endlessly creative war machines battling across the desert. Miller’s original brand of post apocalypse crazy is on full display here in all its glory, and the beautiful monstrosities aren’t just ornamental. The war machines are armed to the teeth and completely functional: the polecats utilized large, counterbalanced masts to assault vehicles from above, and at one point the war boys employ large rear-mounted rakes and plows as anchors on their trucks to slow down Furiosa’s freshly harpooned rig. There’s an amazing amount of thoughtfulness, creativity, and savage pragmatism here; at one point, Furiosa lowers the plow on the rig to kick up desert sand and extinguish an engine fire–it’s an elegant solution to a problem I know I’ll never encounter.

Mad Max: Fury Road is a relentless two hour long car chase that will redefine your expectations for what action films can be. Amazing action, beautiful cinematography, and a richly detailed world all combine into an engrossing high-octane fever dream that will stick with you for days.

@theworkprint
Follow
Previous article
Cancelled No More! ‘The Mindy Project’ Revived at Hulu
Next article
Dancing With the Stars Review: Semi-Finals Bring a Surprise Proposal and Tears for All