Louie hosts an open mic night, asks Pamela to move in, and has to poop really, really badly. The episode title references both Louie’s conversation with Pamela and the episode’s loose structure of unrelated storylines. One could argue that the three subplots are vaguely connected by ideas about choice (or the refusal thereof)–Louie won’t poop in public restrooms, aspiring comedian Bart Folding stubbornly pursues stand up despite not being funny, and Pamela makes an argument for an open-ended relationship. Overall though, “À la Carte” isn’t particularly cohesive, but there are plenty of laughs and we get a bit more insight into Louie’s ongoing relationship with Pamela.

The cold opening with Louie’s unexpected bathroom emergency might be the single most tragic scene ever depicted on television. What starts as a simple trip to the grocery store turns into a tense race home to use the bathroom (he refuses to use a public bathroom). His plight is painful and pathetic–his children first snicker behind him, but they too are soon swept up in his desperation as his suffering grows more apparent. Jane in particular is great here as she escalates the scene into a life or death struggle; first seeking help from a police officer and then being dragged away crying by Lily when Louie realizes that he isn’t going to make it. Louie deserves an award for taking toilet humor to such a sad, tragically hilarious place. 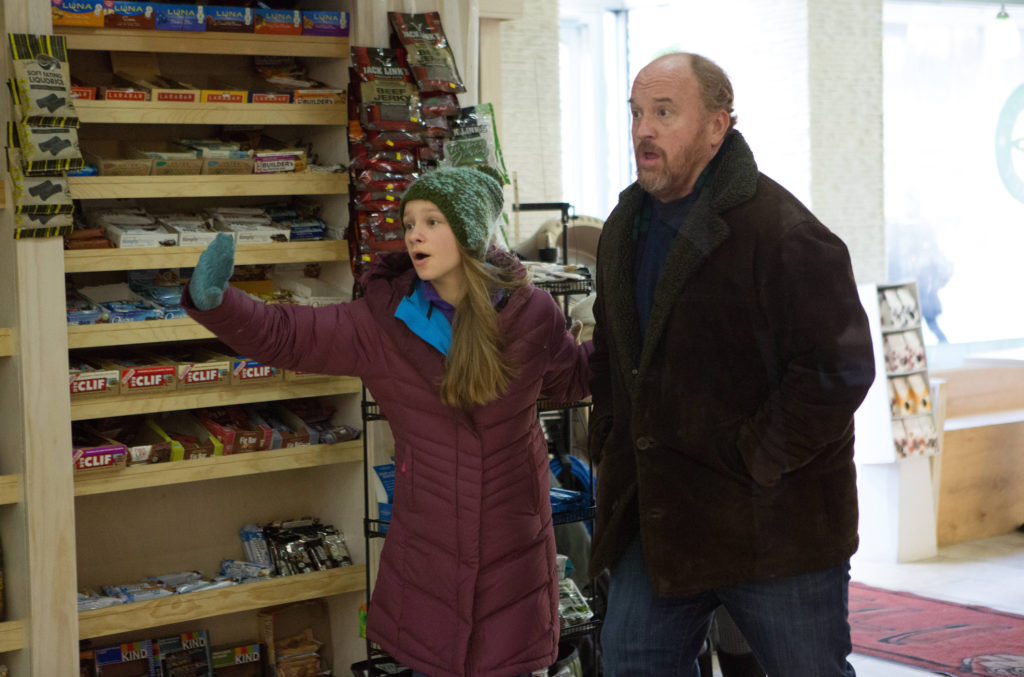 Louie also goes on a date with Pamela and brings up the idea of moving in together, which she immediately dismisses. The logical “next step of the relationship” conversation is common in many sitcoms, but it’s subverted in a way here, since Pamela’s appeal for fun and freedom without following the “natural” course of relationships leads instead to them agreeing to an open relationship. Pamela’s has the best reactions and one-liners as always; after making a long argument, Louie asks whether she’s been sleeping with someone else, and she delivers in perfect deadpan: “… That’s what he hears.” Later on Louie also has a fantasy of a woman at another table having cheese grated on her cleavage, which is both amusing and pathetic in its banality.

Pamela has always been a fantastic foil for Louie, and their relationship has been one of the show’s strongest storylines. They’re in a similar position in their lives–middle-aged, divorced, parents–but have two somewhat opposed viewpoints on their relationship, despite undeniably loving each other. Louie seeks comfort in the certainty and stability of a more traditional relationship, while Pamela revels in the simplicity and fun of merely spending time together. Both are natural and equally compelling desires for anyone hurt by past relationships, and Louie provides a nuanced, grounded depiction of their relationship without offering any clear answers.