Bo is back in the fifth and final season of Lost Girl and if you’ve never watched the series before, I suggest getting on Netflix and binge-watching the last four seasons because you won’t regret it.

Episode two picks up with Kenzi (Ksenia Solo) trapped inside her coffin after Bo (Anna Silk) makes a deal with Freya (the leader of the Valkyries) in Valhalla. Lauren (Zoie Palmer) and Dyson (Kris Holden-Reid) free her while our succubus heroine is sent to the underworld to meet her father. We discover that it was daddy dearest who hired Tamzin to get Bo in the first place. With Kenzi back in the real world and off-limits, Freya sends Stacy, one of Tamzin’s Valkyrie sisters, to get another soul close to Bo’s heart. 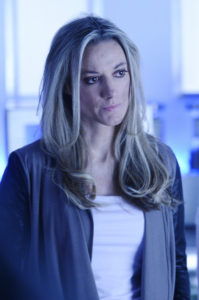 So there are two storylines happening simultaneously. First, Kenzi and Lauren think they are communicating with Bo’s invisible spirit and spend much of the episode trying to bring her back. They use a special Ouija board as a gateway but they manage to bring over some unknown fae. In a comical moment the twosome scream their heads off and try to rectify the situation by throwing the board into the fireplace to burn it. That wasn’t exactly the smartest move, but more on that later.

Bo meanwhile is trying to find her way through a labyrinth where she gets unexpected help from a woman in a Greek chiton. They make their way into a hotel lobby that looks like a dark sinister version of Valhalla. Bo, suffering from an injury, starts healing herself by kissing the other woman to absorb her chi. Only to find out after that she’s just made out with her stepmother, Persephone. Ewwww. The last few seasons have teased who Bo’s father really is, but finally we find out that he’s a fae so strong that he’s revered as a god. So Bo’s dad is Hades, king of the underworld.

One of the best things about this show is its incorporation of legends and mythology from around the world. These fabled creatures are in fact just a type of fae in the Lost Girl narrative. While the fae (or fairies) are based in European folklore, on the show they are real creatures with supernatural abilities that range from werewolves, sirens, banshees, dwarves, djinns, mermaids, norns, nymphs, vampires, and so much more.

Bo’s rage towards her father increases after she sees the jail where he kept and tortured her. Persephone this whole time has been trying to get the succubus to just leave the underworld but Bo is unrelenting and wants to meet daddy dearest. Eventually the other woman manages to convince her to look the Artemis moon candle, which will enable her to get home. Bo manages to get said candle but right as she is waiting for the elevator doors to close (dad lived in the penthouse suite of course), his arm darts in and chokeholds her. Don’t worry, she used her succubus induced strength to push him back. While Bo thinks she tricked him, I highly doubt that because there must be a reason why he hasn’t shown himself to her this entire time. Something tells me he must have wanted her to take that candle and get back to the surface as part of his nefarious plans.

Back topside, Dyson has been working on diverting Stacy away from Lauren and Kenzi by taking her to the Dal and saying that Vex was one of Bo’s great loves in hope that she would claim his soul. Yeah that really wasn’t going to work. Stacy shows up at Bo’s place just after Lauren and Kenzi deal with their uninvited spirit board guest to take Lauren to Valhalla. Luckily, Tamzin (Rachel Skarsten) arrives and gets all up in Stacy’s face and by that I mean severely insulting her hair, which apparently is a big no no in the Valkyrie sisterhood. Stacy throws a hissy fit and storms out. 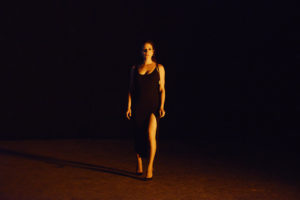 Bo gets to the gates of Valhalla where Dyson has been forcibly keeping it open. Whenever those two stare into each other’s eyes it just gives me hope that they’ll end up together in the end (sorry Lauren!). The team then enjoys a celebratory dinner at Trick’s (Richard Howland), where it is unceremoniously interrupted by the fae that Kenzi and Lauren accidentally released. The board burning was a colossal fail. Kenzi however, manages to shoot it before any harm is done. When Bo asks her how she knew something would happen, her best friend remarks that with the fae it never seems to end.

Which leads us to the really sad part of the episode. Bo is ready for some relaxing bff time with some Kevin Bacon DVDs when Kenzi walks in to tell her that she’s leaving. Now that she’s been given a second chance at life, she feels that she needs to enjoy it as a human and not as a human wanting to be fae. Since we first met Kenzi, she’s been the plucky sidekick and while she loved Bo, in her heart wanted to be just as special as the succubus. This is a huge character development for Kenzi who had tried to fit into the supernatural world through her own merits of determination, intelligence, and loyalty. Now it seems she’s actually coming to terms with her own humanness after losing Hale that she’s ready to let it all go and move on. Still, I can’t believe that this is actually goodbye because she has been such an integral part of the show as the character that we can all relate too. I’m really going to miss her.

After everything that they’ve been through Bo knows that the right thing to do is to let Kenzi leave and live out her life away from the craziness of the fae world. At the end of the episode she lights the Artemis moon candle that Persephone had made her promise to light to let her family know that she was alive. The final scene though shows a woman inside a crowded elevator with the same candle lit and a very sinister smile on her face. Now what could that be all about?

With Kenzi’s sudden departure, Bo’s dad still around, Stacy on the loose, and a new potential villain (Demeter?) to deal with, we’ve got a lot to look forward to in season 5.

Previous article
Get Your First Look at Jared Leto as The Joker
Next article
‘Outlander:’ “Lallybroch” – There’s No Place Like Home