‘Krypton’ Review: House of El Leaves Much To Be Desired

After coming off a strong pilot, Krypton‘s second episode, “House of El,” fails to deliver an entertaining story that failed to capture my attention. This week’s episode of is all about proving that Brainiac is coming and stop Seg from doing anything rash.

We start off with Adam Strange trying to convince Seg to continue Val-El’s work and stop Brainiac. Adam wants Seg to infiltrate the science guild and find proof of Brainiacs existence. Seg is consumed with hatred though and would much rather murder Daron-Vex instead. Seg is then captured and brought before the Vex’s where they plan to officially brand him as a Vex.

Cut to the military guild. The Sagittaire are prepping a massive offensive into the rankless to hunt down Black Zero. Lyta disapproves and tries to stop them from further expanding the divide between the rankless and the ranked. She brings this up to her mother but it falls on death ears. Lyta has neither the rank or the command to do anything and returns back to her quarters.

Seg calls Lyta wanting to speak with her. Seg knows that Lyta has nothing to do with his parents death but is unable to forgive Lyta’s mother for murdering them. He’s lost and does not know what to do now. Lyta tells Seg to be more true to himself.

Seg and Daron confront each other yet again. Seg wishes to have a proper burial for his parents, but Daron says that this would not be possible. Due to Seg becoming a Vex soon, Daron imparts some of the history between House Vex and House El. During this story, it becomes evident to Seg that Adam may not be lying after all. He acknowledges this fact and joins the science guild. He regroups with Adam and Kem but gives Adam an ultimatum that if the other man can not prove that Brainiac exists, he will murder Daron.

Back at the military guild, Lyta challenges Commander Quex to a tandoorian duel to become the commander of the group. Both Jayna and Dev fear for Lyta’s safety and wishes for her to not go through with this challenge.

In the bar, Seg, Adam, and Kem are unable to find any evidence that Brainiac exists. Fed up with all this waiting, Seg storms off to go and kill Daron. Kem is worried for his friend and questions Adam if what he is saying is really true. Adam confirms this and Kem devises a plan to try and find evidence. As Seg storms off, he buys a knife and conceals it in his cloak. Once he arrives at the ranked area, he bumps into Nyssa. Nyssa hands Seg his parent’s ashes. She says that everyone should have a chance to say goodbye. Overwhelmed with emotion, Seg is deeply touched and thanks Nyssa. He returns back to his home in the slums only to reflect and mourn, eventually returning back to the fortress of solitude.

Adam and Kem continue to frantically search for any proof that Brainiac exists. They find a meteor shower reported in the outlands three days ago. They need to bribe a salvage crew in order to get access to the site. In a bit of jest and comedy, Kem tells Adam that he may need to give up his Detroit baseball cap in order to get access.

In the military guild, the tandoorian duel is about to begin. Prior to the start, Dev supports Lyta. The duel to the death is on and Lyta struggles. She is pummeled and brought to her knees multiple times. However, she is able to rally and comeback, thus winning the match and becoming commander.

In the fortress, Seg discovers how to access the main computer. A projection of Val-El appears and guides Seg through his journey. He is now convinced that of Brainiac’s existence and needs to deal with Vex. Upon confronting the man, he refuses to become a Vex.

The main plot has been a bit too linear for my taste. Due to the fact that we know that that the main villain is Brainiac, it seems unbelievable that Seg would do anything other than to progress this plot line. While Seg tries to get us to believe that he will not trust Adam Strange, the performance is not very believable. This is what fans of good television want though. We want to be along for a roller coaster that has ups and downs, twists and turns, and on occasion, flip us upside down without us expecting it. While filler episodes are needed in the season, fill them with plot lines that are believable.

The secondary narrative regarding the three-way relationship between Seg, Lyta, and Nyssa is confusing at best. Seg rejected Lyta in episode one due to the death of his mother and father, but meets with her again to explain that he understands that it was not her that killed them. However, he can not forgive his mother. I am not sure why this statement needed to be reiterated in this episode. One can argue that this was to further emphasize Lyta’s desire to assist Seg by becoming a commander. 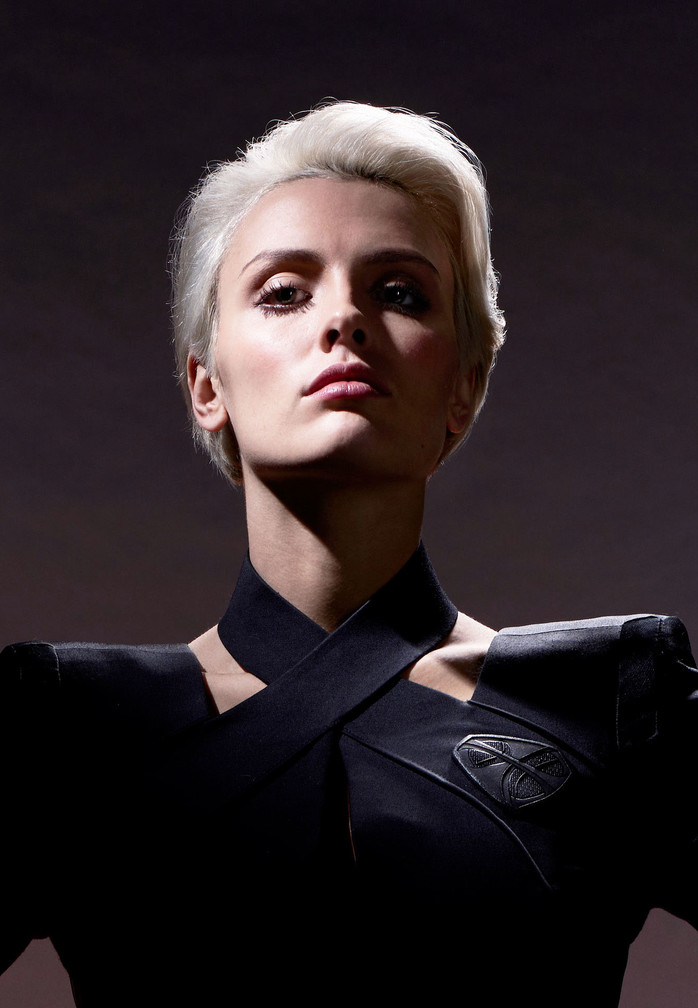 The highlight of this episode though was Nyssa. Her story has been absolutely amazing with twists and turns. She goes from supportive and caring of Seg to deceit and malice in a blink of an eye. Wallis Day does an amazing job not giving anything away and making you believe what she is saying. I bought the scene with Seg’s parent’s ashes hook-line-and-sinker. It will be interesting to see who’s side she is really on in the end, Seg’s or Daron’s.

The other highlight would be the comedic relief that Adam and Kem have brought to this show. Their witty, goofy banter is welcome to me and I think it provides some nice relief.

For fans of the DC universe, there are other references to the comic book roots that will definitely bring some enjoyment.

With the story progressed, here’s to an episode three where there will be much more excitement and introduction of Braniac.