In this week’s episode Killjoys, everyone is chasing Dutch, Zeph shows her brilliance once again, and The Lady body switches. 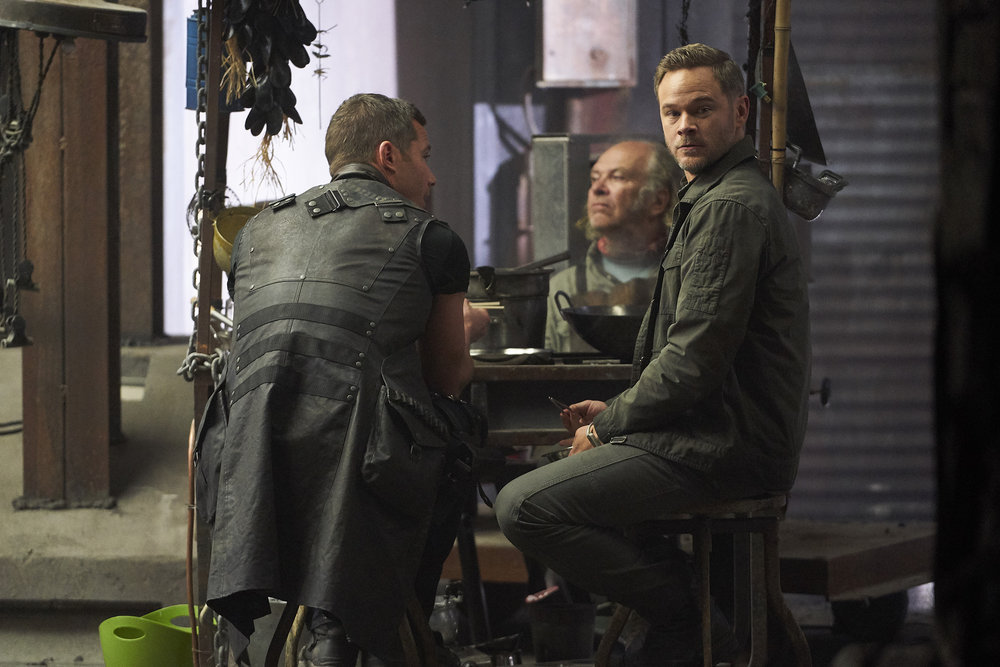 Life for our favorite former assassin gets a tad more complicated when a black warrant is issued for her along with a kill order. Supposedly Yala is a wanted terrorist called “The Widow.” Johnny ends up going to D’avin and makes a deal to help him out as long as the Killjoy brings his wife in alive. Pree earlier brought a squad over to The Royale to case the joint in case Yala was there. She wasn’t of course, but resident agent in charge tells John that his lady supposedly killed her first husband. This understandably freaks the guy out and partners with D’av, revealing that he’s gotten a lead (from Gared) that Turin (who is a drug dealer now with super long hair) had gotten stiffed by his wife. The two go over to talk him and at first Turin is reluctant to say anything to help. Earlier, Dutch had gotten antibiotics and pain medication from him to help a wounded Zeph. She ended up pulling a gun and not paying. D’av lets the dealer punch out Yala’s husband and lo and behold he feels a lot better. Turin gives in after the Killjoy threatens violence, revealing that she tried to pay him with old tech and the only person who would have that kind of stuff is the stinky crazy conspiracy theory woman (aka Zeph). He even tells the boys where she hangs out.

Meanwhile, Dutch is eventually able to get a piece of shrapnel out of Zeph, but is unable to sew her back up correctly (she makes do with some gauze and duct tape). Once the other woman is awake again, they are back to trying to figure out why The Lady is terraforming Westerley. Zeph realizes that they don’t have much time left, only 27 more days of breathable air before the planet is ready for whatever it is The Lady needs. However, she thinks that they may be able to stall by blowing up a few factories. Dutch admits that she can’t do this alone with everyone hunting her down. She needs backup and asks Zeph if she can develop a solution that will disrupt The Lady’s memory programming.

The boys find Zeph’s makeshift weather monitoring system and D’av breaks a chip to force their quarry to come to them. To pass the time, the two end up eating at a food stall nearby. John decides to split though and tries to find Dutch on his own. He then notices some fencing that looks like some one had just passed through and he enters, realizing that Zeph’s hideout was in a much closer range to the monitoring system. Johnny eventually finds the underground hideout with Zeph literally on the ground hiding from him. Still assuming his false memories are real, he truly questions if he ever knew his wife with all the technology around him that seemed to prove that she was a terrorist.

Dutch earlier had gone above ground to fix Zeph’s device (since D’av messed with it) and runs into another Killjoy that she quickly dispatches. Then the elder Jaqobis brother shows up and she leads him on a chase, only to wait for him at the end. He points a gun at her but she tells him that she knows he won’t shoot her. Dutch asks him to please think about why that is, why it rains at exactly the same time every day, and why this all feels so wrong. The former assassin inches closer, eventually guiding his gun down and kissing him. A stunned D’av stands motionless as she leaves. He then realizes that she’s slipped a communicator into his pocket.

Fancy is Still Sexy and Has Feelings

We finally see what happened to Fancy in this episode! He looks to be a guard of sorts and Dutch stealthily grabs his weapon by pinching his butt as a distraction. Fancy thinks it’s his coworker who is on patrol with him, but the other man says he isn’t even his type and he’s kind of an asshole.

Other guy: You’re kind of an asshole you know that? 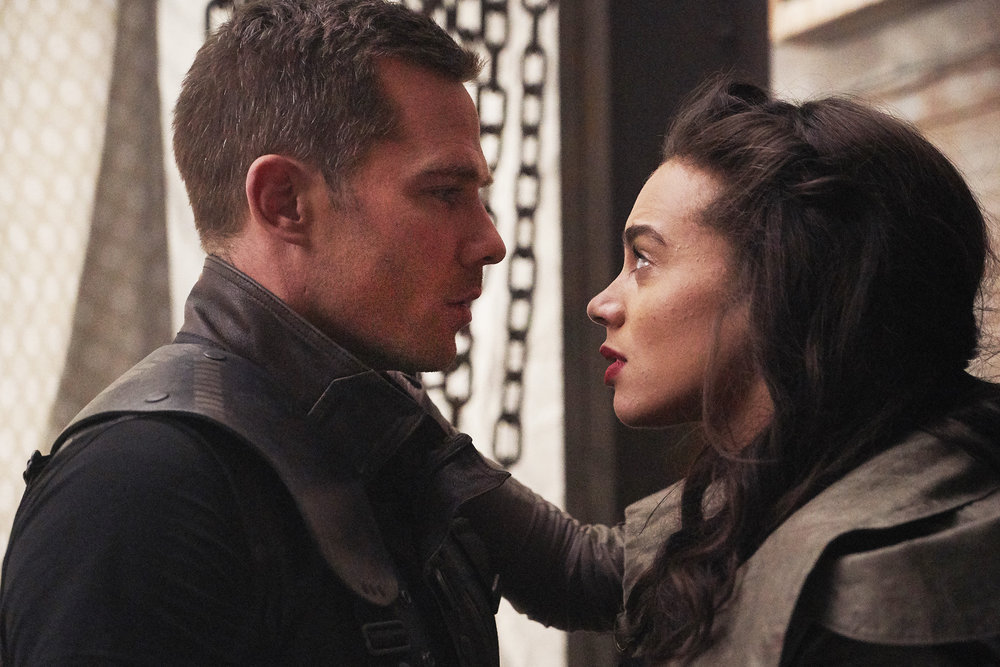 When Dutch finally gets back to the hideout, Zeph tells her that Johnny found them and they’ve got to get out of there. She asks the other woman about the protein inhibitor that is supposed to disrupt the programming and it appears to be ready. They try it out on Zeph first with Dutch telling her that some of the real memories she has will be hard because she’s lost people no thanks to her. Once the block is activated, the scientist finally remembers everything and she is both heartbroken at remembering Pip and furious at The Lady.

Dutch has thought ahead and leads the boys to the factory. They think they are catching, but she’s there to administer the protein inhibitors as well. Thankfully it works though she kisses D’av in front of John while he still thinks he’s her husband. When the two are back to their old selves, she catches them up to speed on The Lady winning and that they are in one of her factories that she uses to terraform the planet. Their plan is to blow the place up and get the hells out of there. The boys are able to plant the charges while she goes to the mainframe to sabotage it except when she gets there she finds some weird creates being kept in cooling containers instead. Zeph thinks that it could be the species that The Lady is a part off and that the terraforming could be for them.

Unexpectedly Pree shows up and the Jaqobis manage to stun him. They load him up on their vehicle and rendezvous with Dutch at the entrance. She goes off to torch the creatures and when she does the power seems to get wonky cutting off their connection with Zeph. Zeph is forced to go outside to try and fix the system except it begins to rain and she quickly carves a symbol on her forearm with a knife (it turns out to be on the no entry sign that leads into her lair). Back at the factory Team Awesome Force is captured by The Lady’s forces and the following day Zeph once again has no memory of who she really is. Somehow the planted bombs don’t explode either. 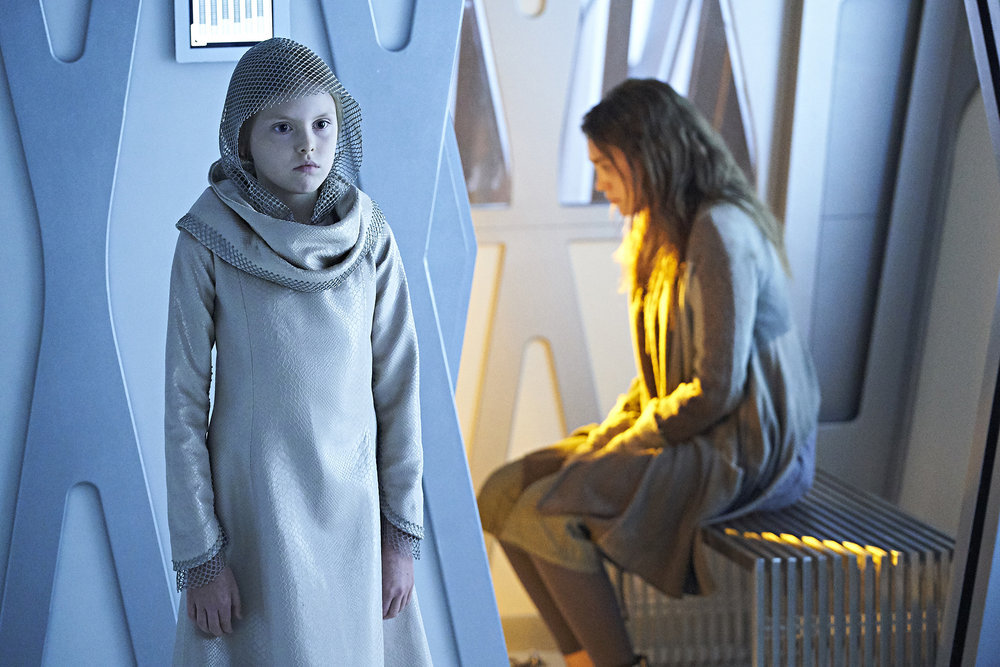 Back on the Hullen armada, The Lady decides to show Khlyen some of her power. She ends up switching her meat suit from that of a little girl to a young woman. She does this by some kind of weird bite that transfers her consciousness over into a new host. The Lady wants Khlyen to tell her where his daughter is but he counters by asking her why she brought him out of the green. She doesn’t answer but realizes that he thinks he can figure out her plans.

Later on as Dutch is killing the creatures inside the factory with fire, The Lady is physically hurt by it despite presumably being quite far away from Westerley. When Khlyen comes and asks her what happened, she responds that they found Dutch. He quickly says that she’ll never break her and the entity agrees that’s why she’s having him taken to the transfusion chamber because she knows his daughter will break for him. Khlyen calls out and says that Dutch will know it’s not him and she’ll lose the other woman thus losing Jaq as well. He finally gets that is The Lady’s true desire, to find his grandson. She doesn’t tell him what she needs the young man for, but it seems that the two will strike a deal because he can only save one of them. 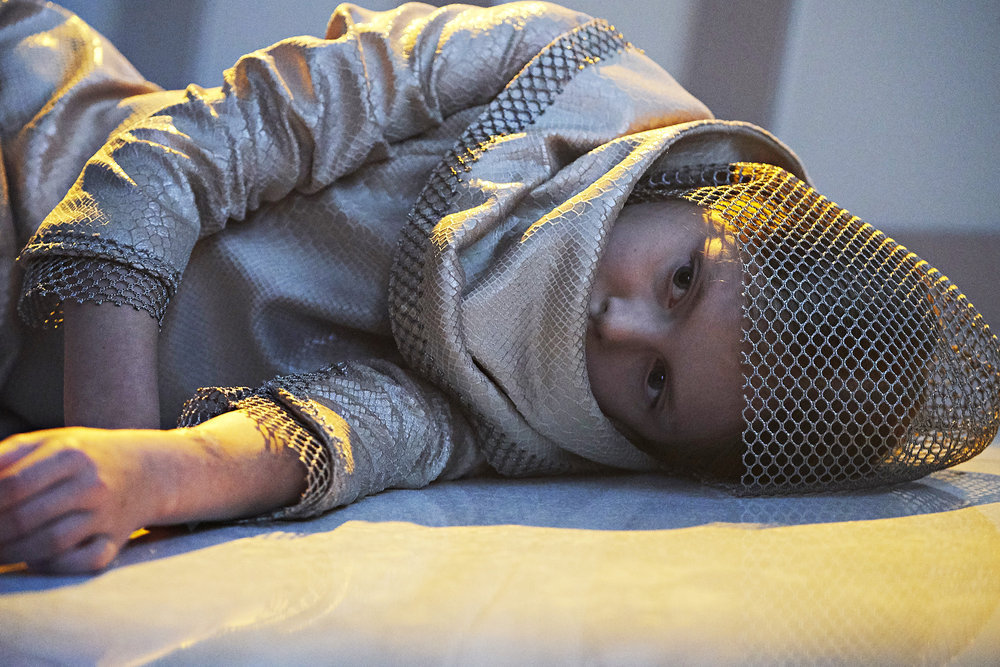 Watch all four seasons of Killjoys now on VRV.