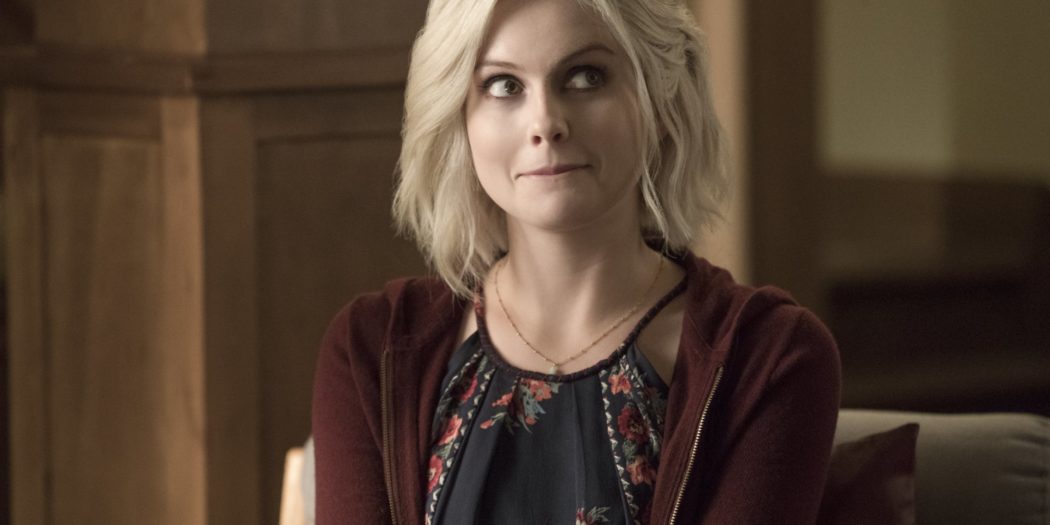 This week on iZombie Ravi continues in a downward spiral, Major goes all Man of La Mancha, and I am officially a Blayton shipper.

Crime of the Week

Finally, for the first time this season, iZombie presents us with an entertaining and intriguing “Crime of the Week.” The victim: Cheryl, The DentelCo. office gossip queen. The cause of death: Utopium laced yogurt. 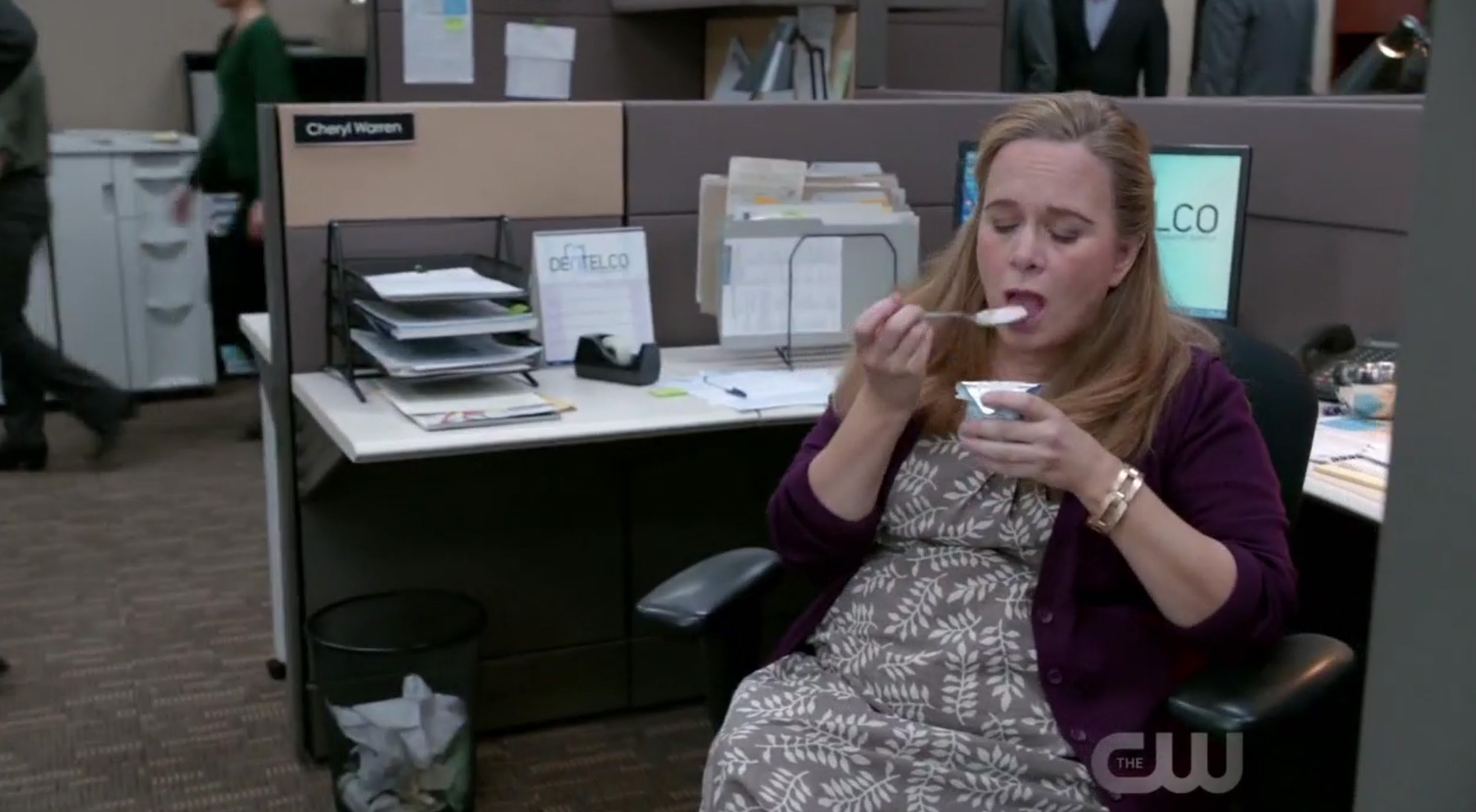 Someone slipped Utopium into Cheryl’s yogurt as a prank, but unfortunately, the culprit did not know that Utopium and anti-depressants don’t mix well. So for the record:

Moral of the story STAY AWAY FROM UTOPIUM Y’ALL!!!

Due to Cheryl’s busybody ways, there are plenty of people in the office who have a motive for murder. Here are some of the secrets she spread around the office about her coworkers:

Jim: Cheryl outed him to the entire company and his wife when she told everyone Jim was having an affair with a male dental hygienist.

Pete: Cheryl had a camera installed in the break room to catch him stealing her food. I want to note that this is a REAL ISSUE. Here is a notice from the fridge in my old office.

Vicky: Cheryl outed her for “improperly” using her sick time which cost her a lucrative promotion.

Cheryl wasn’t just “a gossip.” It’s not like she wanted to be in on the latest stories and couldn’t keep her mouth shut. She sought out this information with mal intent. She found out about Rhonda’s past in the adult film industry and then sent those videos to coworkers. Not only is this a vicious act, but I am pretty sure it is considered sexual harassment in the workplace.

This case was a difficult case for Liv and Clive because the evidence wasn’t lining up, which meant that they had to do detective work together. Yay! Teamwork makes the dream work! In the end, what helped them crack the case was Rhonda and her former life in the adult industry. 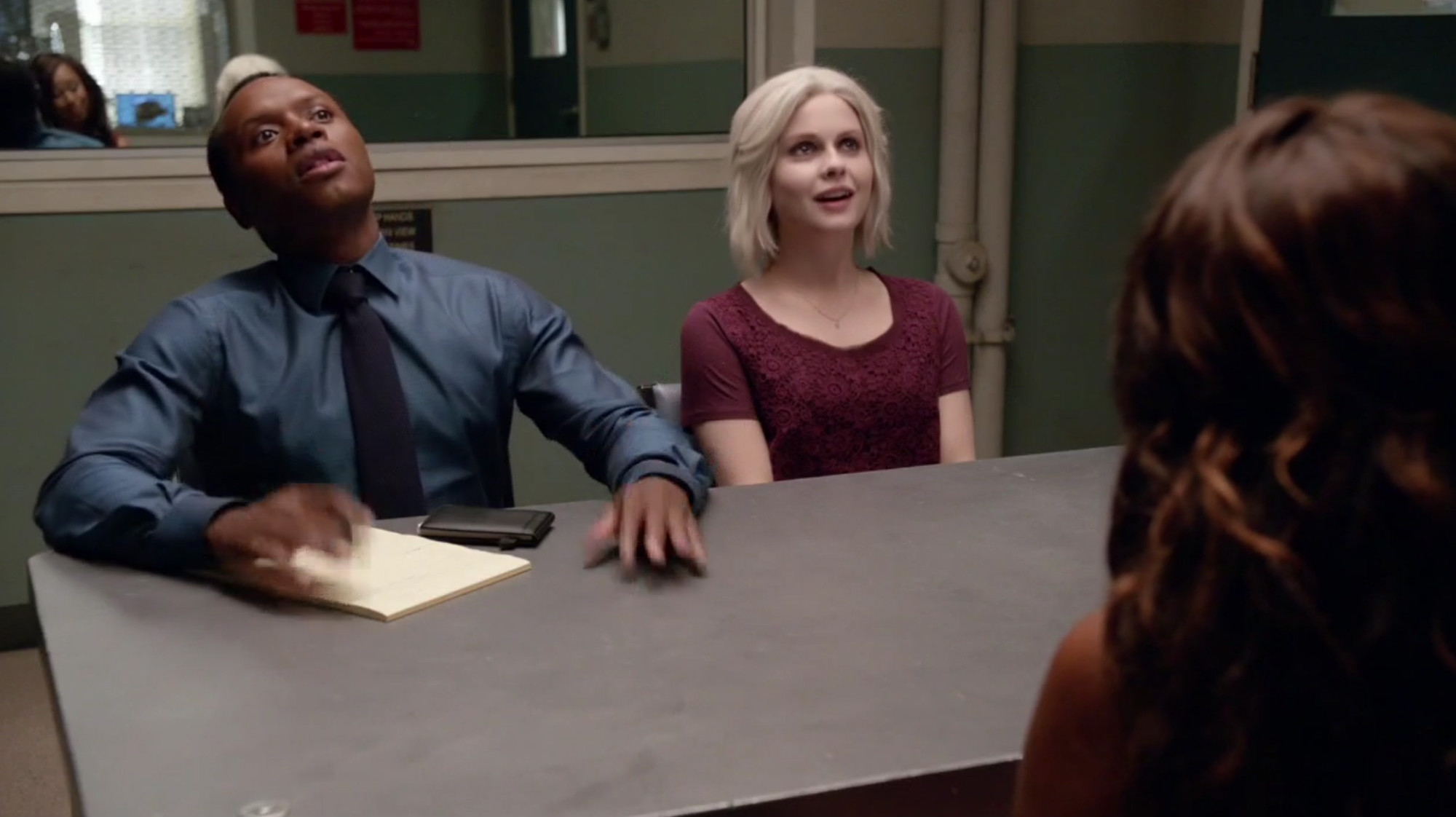 And that is how you a have a successful Crime of the Week.

Ravi is still being a miserable ball of blah. To recap why Ravi is the worse, here is Liv:

Liv: “First you tell Peyton that you’re in love with her leaving her confused and speechless. Then you take home your old boss for a drunken balk*(?) and when Peyton shows up to say that she’s ready to take a chance on Pavi or Rayton or whatever it is you two would call yourselves you kiss her. While your latest conquest is in the next room. Not good!”
Ravi: “I know”
Liv: “Also I believe god is a woman so you’re really screwed.”

*She said balk right? I know it wasn’t boink, but I have no idea what balk even means (besides in baseball).

Major is also going through his own shit right now due to him dying from Zombie Cure #1. He has decided to use the limited time he has left to double down on finding Natalie. Major finally gets a lead and learns that she is being held by an international diamond dealer. He convinces Ravi to stake out the diamond dealer’s house ending with:

Major:“And we know you’re good at waiting in cars.”

BURN! Damn Ravi, even Major is roasting you now. That is how pathetic you have become. 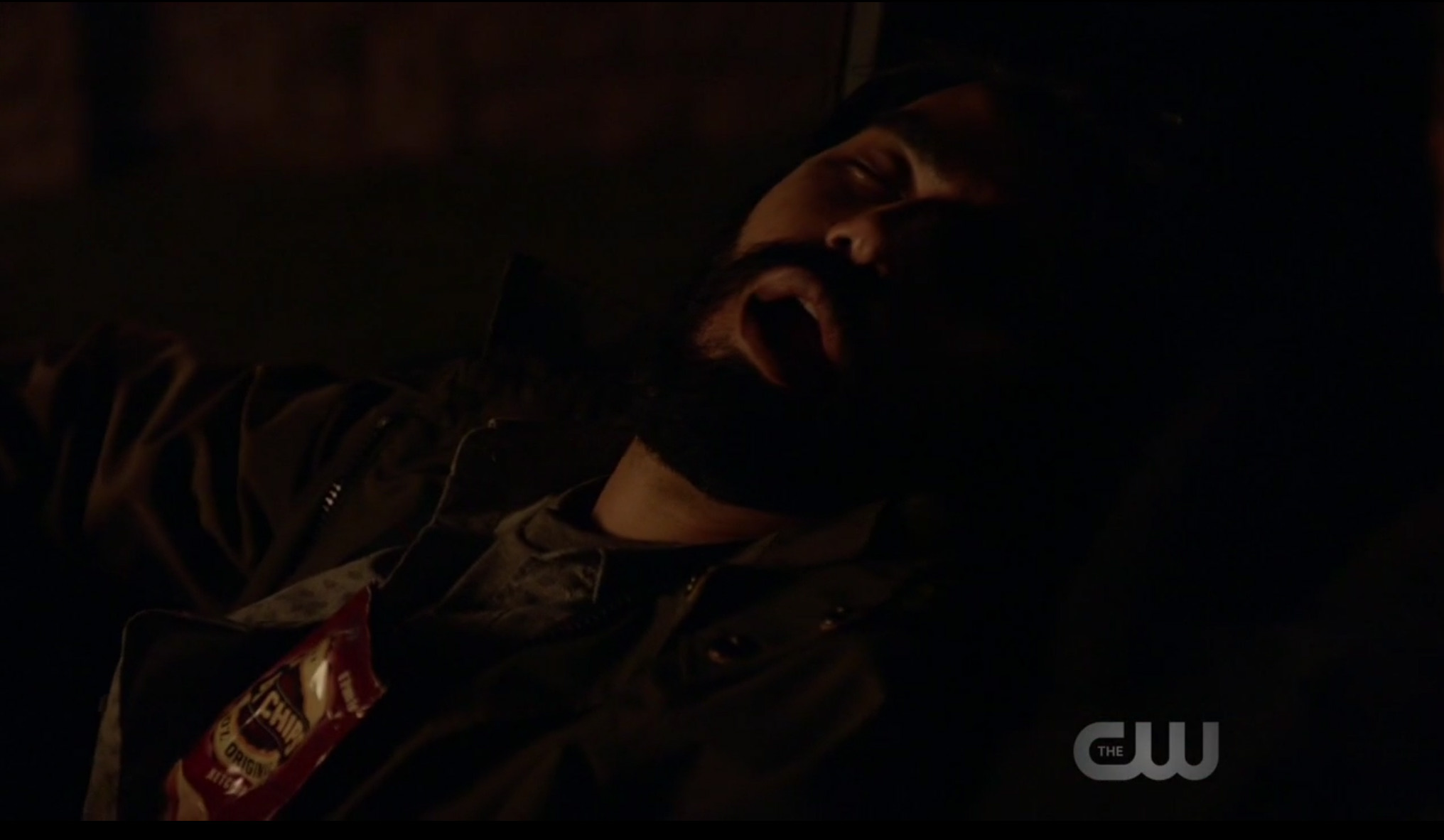 The stakeout results in Major getting caught and beaten, but pays off in the end as Major discovers Natalie’s location. And what happens next in his quest is so amazing that I am getting giddy as I type. Major storms into the building to save Natalie WITH MAN OF LA MANCHA PLAYING IN THE BACKGROUND! It was amazing. I have watched a lot of TV in my life, but I can’t think of any other show that has used a song from a musical as an actual background track for a scene.

When Major finally reaches Natalie he announces “I am here to save you” but Natalie doesn’t seem all that jazzed. She is being held by a super powerful international diamond dealer, hiding her away at the Fillmore Graves campus is not the type of protection that she needs. So instead, Major offers her the Zombie cure. If she takes it she will no longer need brains, her memories will slowly fade, and she can start life anew. End scene.

I am just going to put this out there, I am fully onboard the Blaine and Peyton ship! I’m not the captain but I’m probably a first officer or something. It has been a day since Blaine was given the Zombie cure and he isn’t dead, which is good, but his memories have yet to return, which is not so good. If nothing happens by 6am in two days, that means the serum didn’t work. Ravi suggests that Blaine finds a babysitter for the next two days just in case any cure-related things occur, so Blaine heads straight to Peyton (oh karma, I love thee).

While Peyton enjoys this New Blaine, she also wants her friends to be human again. This is tearing Peyton apart because these options are mutually exclusive. If the memory cure works she will potentially lose this man that she is falling in love with, but her friends will be cured. If it doesn’t work her Blaine stays, but she will forever lose the Major, and Liv will still be a zombie.

What I love about Peyton and Blaine, is that they talk to each other about their feelings. Blaine discusses his fears of having Evil Blaine’s memories return. Can he stay who he is now living with those memories? Will recovering the memories make him evil again? He opens up to Peyton, and Peyton does the same.

So, when Blaine wakes up at 6am, and he still has no memories, Peyton makes the best out of a bad result and she leads Blaine to her bed. 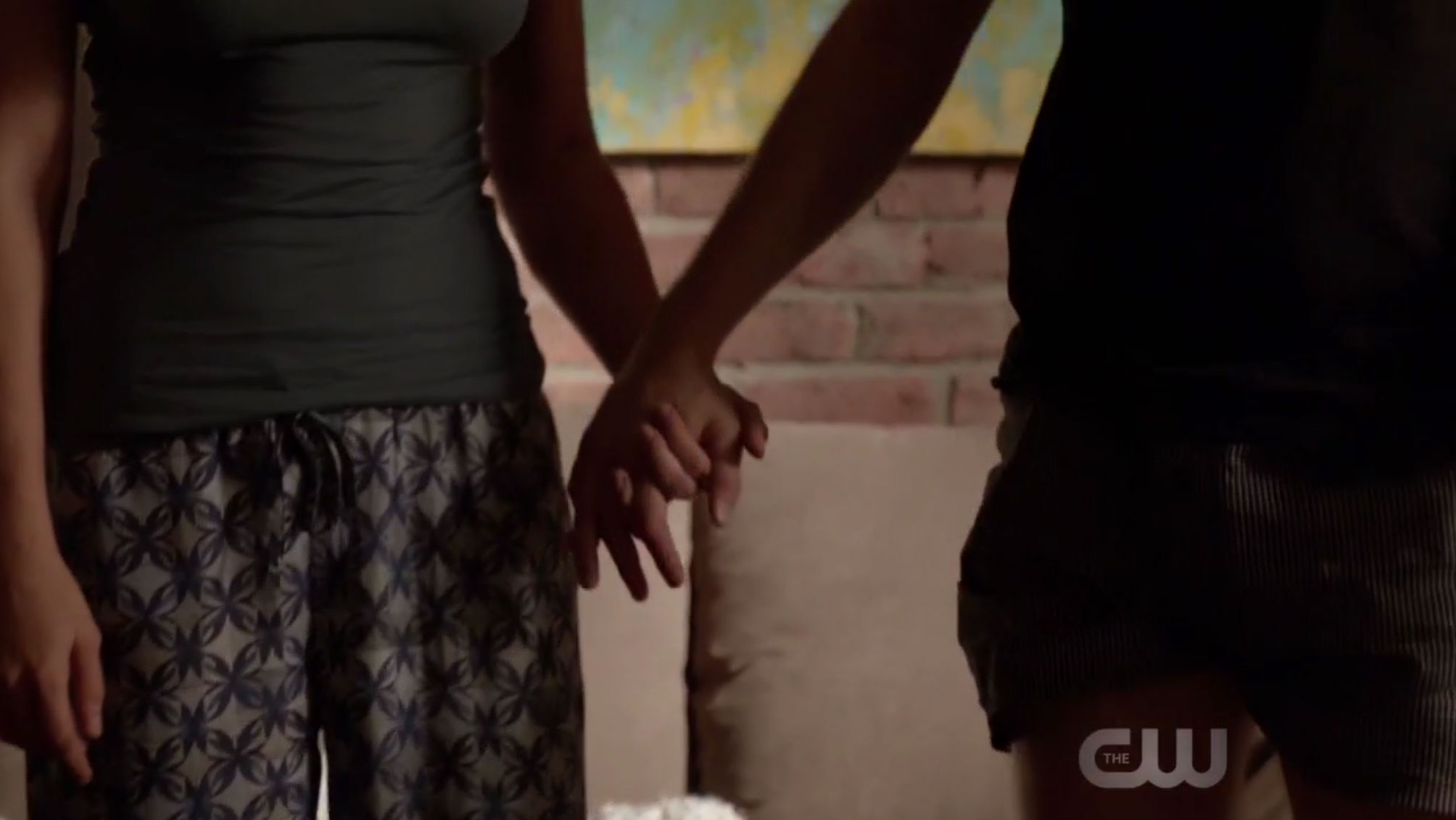 I understand how some people still hold him accountable for what old Blaine did, but as I explained in my review last week, it isn’t that cut and dry. That said, I will be very disappointed in iZombie if this was all just an act. Blaine transforming into a good guy has so much potential and he is a great addition to team Zombie. The only reason to have this all be an act is to hurt Peyton, and I just don’t see the point in that.

Alyssa (TV Editor) likes long walks on the beach, Greek food, talking about television, watching a good sunset, and girls who wear glasses. Wait, this isn't a bio for OKCupid? Alyssa got her start recapping in college when her friends got tired of her constantly talking about TV and suggested she start a blog. The idea was if she wrote about TV she would talk about it less. Well her friends succeeded in one of their goals...she started writing about TV.
@tvwithapb
Previous Fight Nazi Zombies in ‘Call Of Duty: WWII’ (and other things we learned from the reveal trailer)
Next ‘Mystery Science Theater 3000’ review: ‘The Time Travelers’ 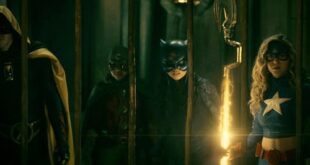 In Stargirl’s “Brainwave” and “Brainwave Jr.” we learn a lot about the meaning of family… …