This week provided us with another action packed episode of iZombie. “Conspiracy Weary” addressed and propelled forward all of the ongoing storylines of the season in preparation for the final two episodes.

“Conspiracy Weary” starts off right where the last episode left off, with Harley pointing a gun at Ravi. Well, have no fear because Liv and Blaine are here, and they are ready to save their respective besties. They also get some help from the Fillmore-Graves army who arrive shortly after. Harley is the only member of the anti-zombie militia to survive the attack and he flees the scene of the crime. The other three dudes are not as lucky. Harley’s brother Bo falls victim to Don E and Blaine, and the other two unnamed members die in a blaze of glory while trying to attack some FG troops.

FG troops and Liv Moore in the same location! That must mean a Chase/Liv scene! Yes, this is the first and last scene these two have together this episode. And yes, it only lasts two minutes at most, but I will take whatever I can get. I don’t even remember what these two talked about, but that could be attributed to me being utterly distracted by their sexual chemistry. I mean, just look at how Chase looks at Liv. The connection between Chase and Liv (in my eyes at least) was further confirmed by the bland and boring interaction Liv has with Justin a moment later.

Back inside, Don E is dealing with his starvation by munchin’ on Bo Johns’ brain with Blaine. Liv joins in on the feast because the best way to find Harley is to get inside his brother’s brain. Aww, look how cute these three are breaking brains together. 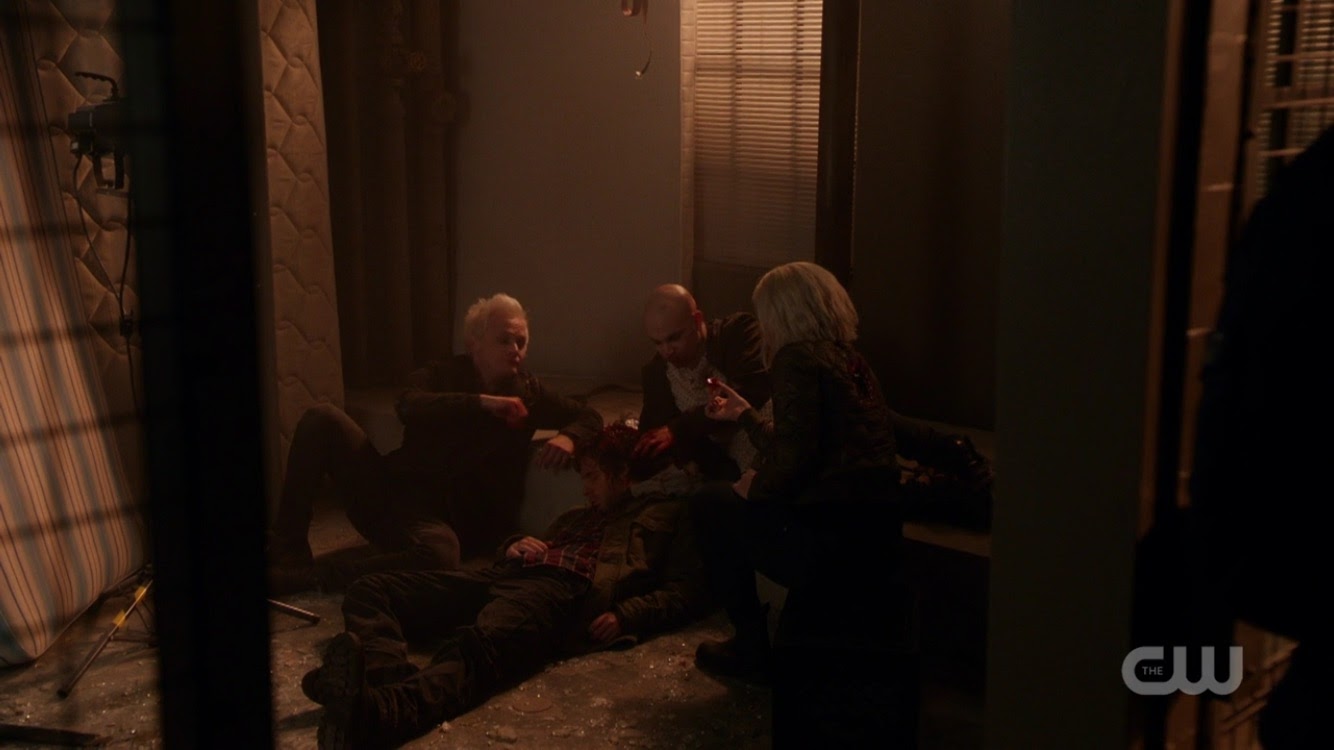 Turns out that Bo was a full on conspiracy theorist, which is making it very hard for Liv to focus on the facts of the case. The best chance that Liv has for finding out where Harley is hiding is to trigger a vision. Ravi suggests that they recruit Blaine and Don E to help since they also ate the brain. Pros of this decision: you have triple of the odds of getting some useful information. Cons of this decision: All these three want to do is discuss Tupac/Biggie conspiracy theories. Eventually, Blaine, Don E and Liv have a tandem vision, but sadly, it provides no useful information for the case. 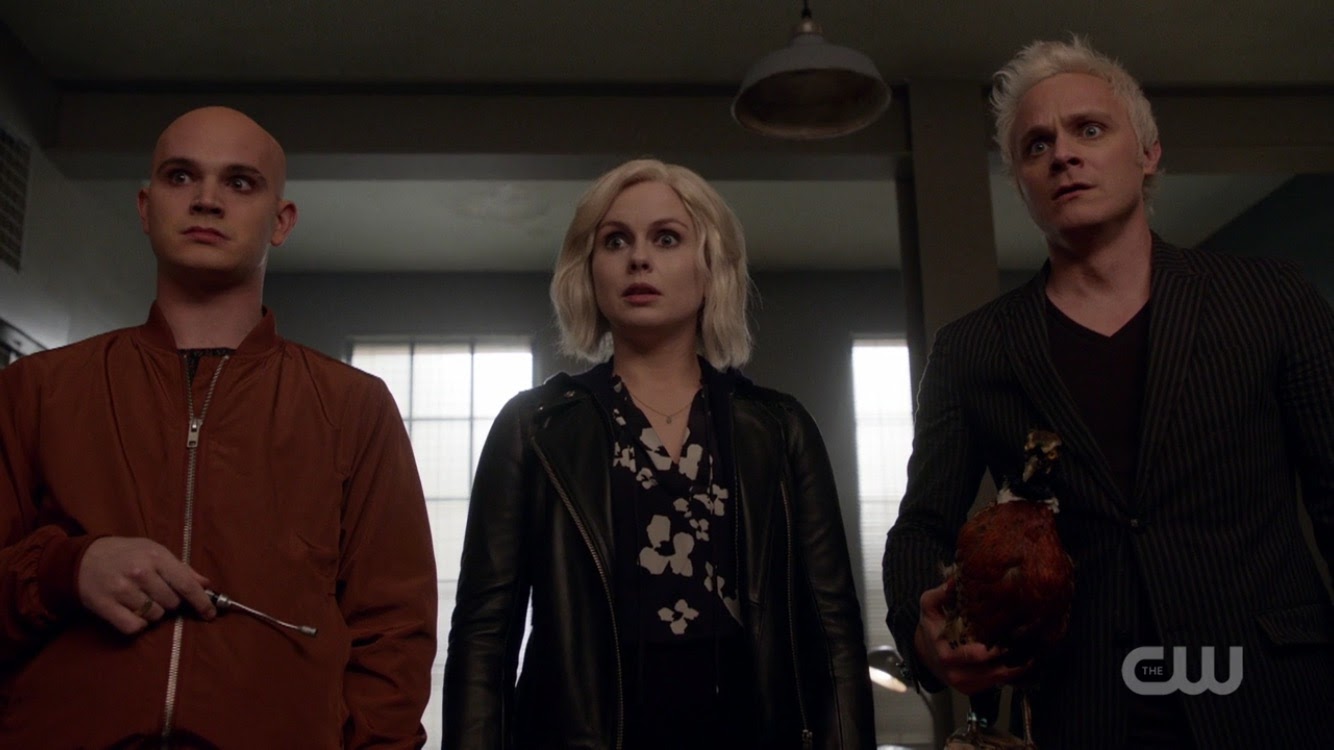 Meanwhile, at FG, Chase discovers the location of Harley’s secret cabin. Or something like that. Do they really expect me to pay attention to plot or dialogue while this is on my screen? 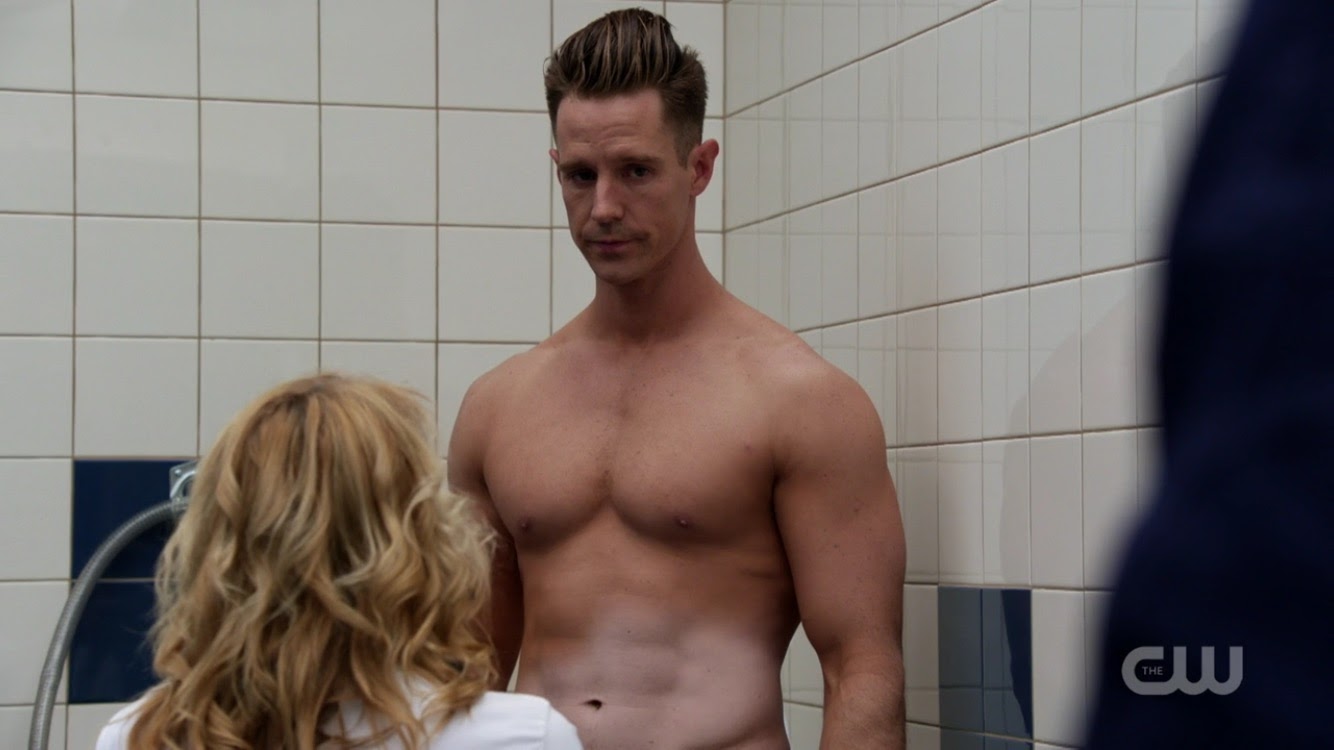 Anywho, the FG troops head out to the cabin to capture Harley but just as they are about to start the raid the Major and Justin receive a text from Liv telling them to abort the mission because Harley’s cabin has been abandoned for years. Aka, it is a trap. Unfortunately, Liv’s warning does not come in time, and FG loses two of their soldiers.

Clive is still determined to find out where Harley is hiding, especially once ballistics confirms that the gun in Harley’s truck was the same gun used in Wally’s death and at Baracus’s fundraiser. After some hardcore detectiving, Clive learns that the Johns cabin may not be as abandoned as they originally thought. When he and Liv arrive at the cabin they find a secret bunker hidden inside an outhouse (I feel like I should make some sort of poop joke here, but I can’t think of one witty enough). Inside they find a one, Mr. Harley Johns, Professional Zombie Hater, is now a zombie. While down in the bunker, Liv has another Bo Johns vision and learns that Harley did not kill Wally and his family.

After finding a key to a safety deposit box in Mr. Weckler’s personal effects, Peyton recruits Weckler’s daughter Tatum to lead her to the said safety deposit box. Peyton is pretty sure that the box will contain the stolen footage from Sweet Lady Pain’s sex dungeon. Her hunch proves correct because when Tatum and Peyton open the safety deposit box they find a small memory card hidden inside a jewelry box. Peyton also learns that Tatum is a zombie and all pieces of the Weckler mystery begin to fall into place. Peyton and Liv’s new theory is this: Barracus blackmailed Weckler to steal the memory card from Sweet Lady Pain by making Tatum a Zombie and threaten withholding brains from her. When he messed up and killed the dominatrix he hired a prison guard to kill Weckler and then hired someone else to kill the prison guard… all so he could get elected Mayor.

Turns out trusting a serial killer fangirl is a bad idea because, as predicted by basically everyone, Shawna had alternative motives sleeping with Major. Shawna has been posting every text message exchanged, video recorded, and photo taken with Major onto a Tumblr. These two have only been banging for the past two days and were cooped up in Fort Lust for most of that time. How do they have so many text convos? Shawna tries to defend her of violation of Major’s privacy and trust by saying she did it so people could know the “real Major.” Not just the man they think is the Chaos Killer/Kidnapper. Major isn’t buying it and breaks it off with Shawna. Of course Major made the right decision here, but you know that rejecting someone that insane will have its consequences, and for Major, this was his: 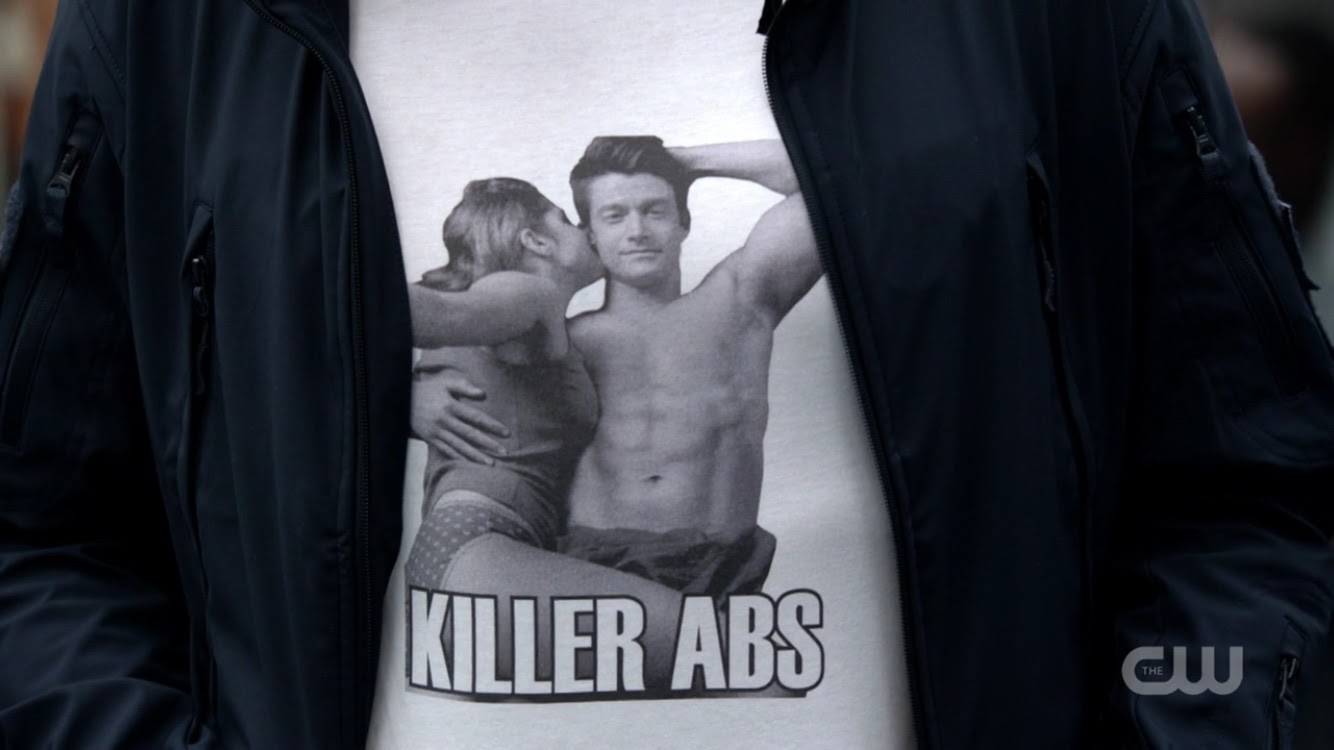 After the attack, Rachel is freaked out and goes to Ravi for comfort, but is even more freaked out when she finds out Ravi’s roommate is the Chaos Killer/Kidnapper. Eventually, though, Rachel goes back to Ravi for comfort and answers, and Ravi gives her all of them. And I mean ALL OF THEM. It is not until he walks past a newspaper stand and sees a picture of Zombie-ed out Liv on the cover that he realizes that Rachel was using and abusing him for an article she was writing. 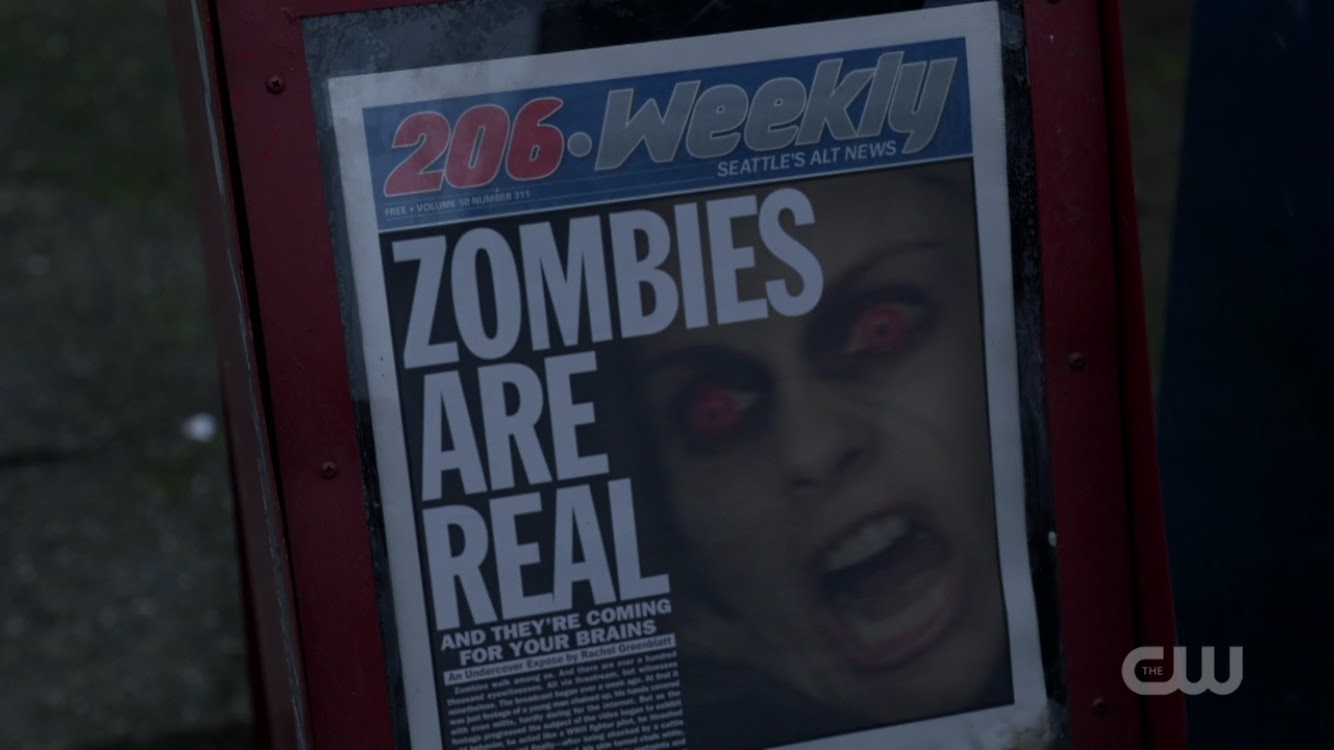 Going into the final stretch these are the major plotlines/mysteries:

The Zombie Cure storyline has not been addressed since the cure was stolen, so I have nothing to add on that front.

The real question is how are the other three mysteries on the list connected. The gun in Harley’s car was the same one used to kill Wally and his family, but Harley didn’t do the killing. That same gun was used to shoot up Barracus’s party. The thing is, I don’t think Barracus is the big bad behind all of this, I think it is someone else pulling the strings.

Here is my theory: I think it is Carey Gold that is behind it all. I think her kind and caring persona is just an act. She was the only top exec at FG not to die in the helicopter crash. She was buddy buddy with Barracus during the party, directing him where to be and when. She could have easily arranged that shooting as a ploy to get more sympathy votes and she could have had Wally and his family killed to get more zombies on board with D-Day preparations. So Carey Gold, that is my pick for the mastermind.

Also, on a side note, these past two episodes have been the be strongest of the season. I would also like to point out that neither of these episodes had a “crime of the week,” and I don’t think that this is a coincidence. A “Crime of the Week” isn’t needed every episode, especially when you are deep enough into the series where the show’s mythology and underlining plotlines are strong enough on their own. The “Crimes of the Week” should be based around the story, not the other way around. (This is one of the many issues that I had in the final season of Person of Interest as well). I don’t mean to constantly harp on this point, but I think it is an important one to make.

@theworkprint
Follow
Previous article‘Shadowhunters’ Review: Almost a Downworld Uprising
Next articleSega Forever Brings ‘Sonic the Hedgehog’ and Other Classics to Mobile as Free to Play Titles