Dead Fury is what you get when you take the gameplay of Days Gone, set it in a Last of Us styled narrative, and then endlessly go on a zombie shooting spree. A fast-paced shooter where the player must survive against hordes of undead. There is a lot to enjoy regarding Dead Fury and what it’s doing to keep the third-person zombie shooter feeling fresh, particularly in the game’s unique story setting.

“It’s set inside New Zealand, around the hometown area where I grew up,” shared Paul Cousins, the creator and lead developer of Dead Fury. “I want to immerse players in what it’s like to be in New Zealand. Things I experienced that I tried to recreate in the game. More representational than any actual real-world location. But the aesthetic is there. The foliage is there. The way that New Zealand looks and feels and sounds is all there.”

Cousins’ has personally constructed almost the entirety of Dead Fury. His attention to detail in creating a streamlined zombie shooter, stripped of the tiresome level-grind, is in pursuit of wanting Dead Fury to feel as practical and realistic as possible. This includes featuring guns with friendly turret fire and keeping players cognizant of their clip counts as they search for ammo.

To create the feeling of immersion, 3D audio was used to incorporate the sensation of being in the zombie apocalypse. Atop of this, sound can actually attract nearby zombies, and so items such as suppressed weapons to quietly pick off hordes, as well as loud repeater turrets, were used. There are also interactive elements featured in the game such as fire extinguishers or exploding barrels. Combine this with strategic trap placement, and you have a different sort of zombie-slaying game that features very practical mechanics.

“There’s a reason you take 10-20 hours to grind through Days Gone to get through a horde like this because you need those skillsets. We’re trying to give the players a chance to take on a horde without all of that,” says Cousins about Dead Fury’s gameplay. “You get three guns. A primary, secondary, and heavy. With melee weapons as well, such as a machete and chainsaw. I’m super passionate about realism here as there’s a real big emphasis to provide players with brutality. Get too close to an explosion? It kills you. Stand in the friendly line of fire? it’s gonna kill ya.”

Indeed, the zombies featured in Dead Fury are of both the fast and slow variety. They can crawl, walk, and jump at the player, emphasizing the need for both horizontal and vertical aiming.

The game stresses a lot of run and gun style of play. Staying in one location leads to being flanked or running out of ammo, and if the player isn’t careful, zombies can seemingly always spawn right along the player’s blind spot, making this an experience that keeps players on their toes.

There are two planned modes for the game. First is the Dead Fury’s Story Mode, where you play as Jackson. He’s a man against the world surviving in a now shut-down New Zealand while staving off hordes of zombies using traps, guns, and third-person shooter mechanics.

“In Dead Fury, a zombie virus has fully hit the world affecting the water where the disease is being transmitted. The organization that Jackson, our series protagonist, is working for is servicing and maintaining the water treatment facilities that the military now manages. His goal at this level is to try and get to the water treatment plants in order to repair them. Naturally, they’re overrun by hordes of infected,” said Cousins regarding the overall plotline of the game. “Overall, the game will take about six to ten hours to beat; however, it is being redesigned at the moment. We’re talking about bringing on a brilliant writer; possibly an academy award-winner.”

In regards to the story mode’s progression thus far, “The more you play story mode, the different elements of the arcade unlock. It’s a level-based game right now. The next step is to do an open-world hub.” 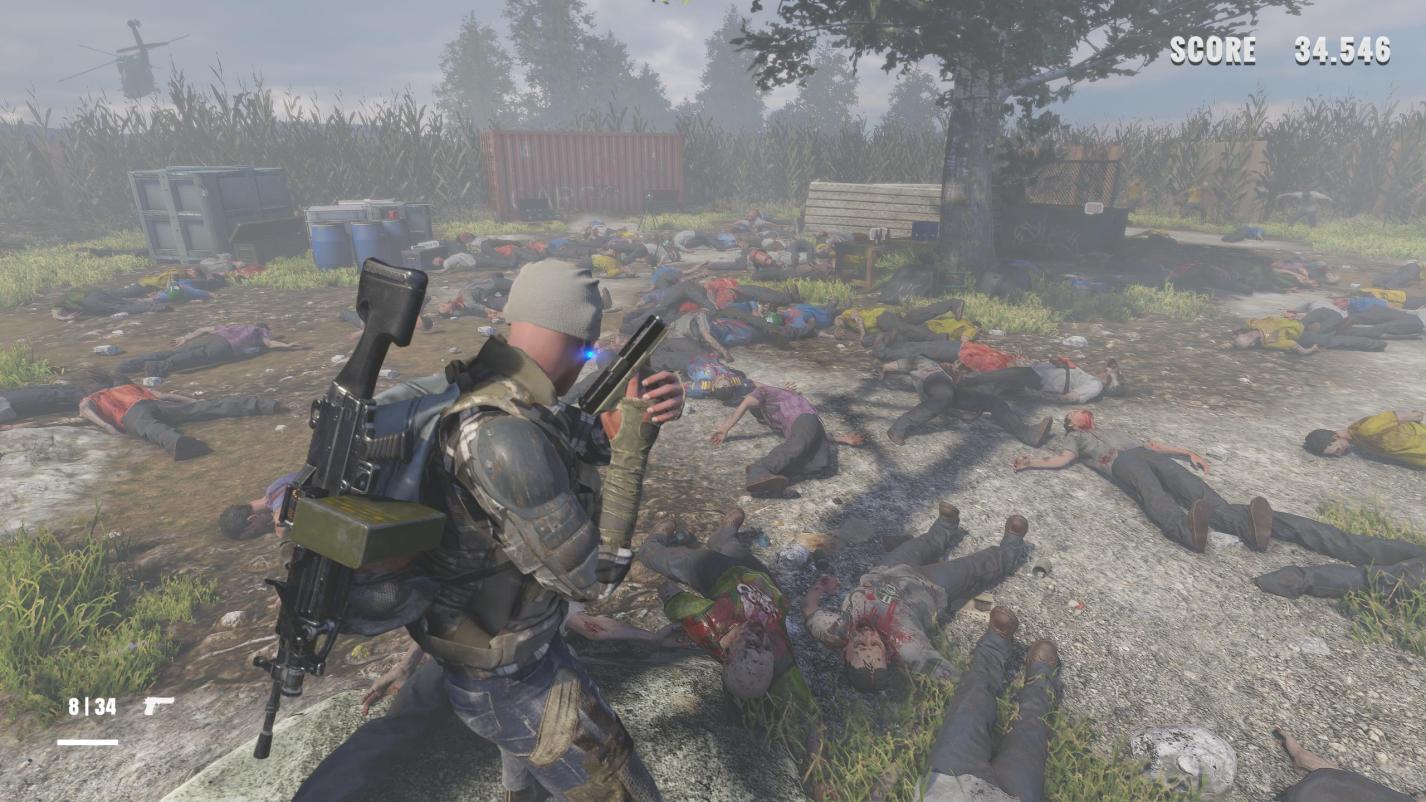 Though The Workprint was unavailable to try story mode at PAX East, a demo of the game’s second mode, aptly titled Horde Mode, saw us stave off wave-upon-wave of zombies.

As an arena shooter, you can see how much the aesthetics resemble Days Gone but are inspired by linear levels, where specific objectives for each scene are interrupted by hordes of zombies. What’s fun was the game’s gunplay, with head-shooting pistols, a powerful shotgun, and a super overpowered 50 caliber rifle. Cousins is hoping to reach a beta version available on Steam deck sooner rather than later.

“It’s casual accessible gaming at its finest. That’s my goal is to try and curate for the player. It’s everything they’d love about a AAA game, condensed down to something that’s affordable, accessible, casual, and that they can play for an hour,” said Cousins. When talking about the game’s casual playstyle, “They’re not committed to this. They don’t have to be grinding for a whole weekend unless they want to, and when we roll out co-op, they’re gonna have a lot of reason to come back and play.”