Interview with a Fanboy’s Champion: A Chat with Adi Shankar, Producer of ‘Power/Rangers’

I say “fanboy’s champion,” but odds are Adi Shankar, producer of last week’s mind-bending Power/Rangers short that already has somewhere around 18 million views, doesn’t want that moniker. I could use some sort of slapped together Robin Hood metaphor, where he magnanimously gives us content at octanes that would cause most executives to balk. Or, I could bastardize a Dark Knight quote saying that he’s the “producer we need, but not the one we deserve right now” but that wouldn’t be apt (or correct) either.

Because Adi isn’t making his “bootlegs” for the nerd residing inside you or I, and he certainly isn’t creating them to show the studios, “Hey, look what I can do!” He’s doing these “no profit” pieces for himself; and making them with his friends – albeit those friends are immensely talented and highly sought after.

Clearly a man with a drive to see long gestating ideas come to fruition; I spoke with Adi about independent filmmakers leveling the playing field, a possible Alf idea, and the artistic themes in his shorts that escape all the naysayers.

The Workprint: So you have had a super crazy week! You and Joseph Kahn’s Power/Rangers “deboot” literally took the internet by storm, I think it’s around 13 million views. Are you at all surprised by the rabid response to it?

Adi Shankar: Well 13 million is just on my YouTube channel – it’s about 18 million views [total], in Vimeo, and Facebook, and other places that ripped it. Was I surprised? Yeah, yeah, very. I get surprised all the time…I guess that means I should follow my instincts.

TWP: Oh totally, you have great instincts! I feel that there’s an origin story to pretty much every project. How did this one evolve and come to fruition?

AS: Well, so, it actually started when I was seven. I got into trouble at school talking about it, cause I would tell kids – I would lie to them – and tell them I had this other version of Power Rangers, and I would tell them these messed up stories. And then I got in trouble cause the parents complained. I used to tell them odd stories of Power Rangers and Captain Planet. And then, I don’t know, I started writing it down, writing beats down, [at the] end of 2013. And then we shot it over the summer and then you guys saw it last week.

TWP: So you started writing it before you and Joseph kind of teamed up. How did that process end up coming to be? You and Joseph teaming up?

AS: I met Joseph, we talked, had dinner, talked some more, and then he gave me the best experience I’ve ever had in Hollywood. He came over to my apartment and he gave [me and my boys] a lesson on Detention – shot by shot on how he made it.

TWP: Detention being Joseph’s last feature that he did.

TWP: Dirty Laundry was great, I loved that, your Dredd: Superfriends cartoon, obviously this Power/Rangers short, and Venom: Truth in Journalism. They’re excellent pieces. And after looking at the behind the scenes video of Power/Rangers they appear to cost a substantial amount, and yet for legal reasons, you’re not allowed to make a profit. Knowing that you’re not going to make a profit, why do you go ahead and make these?

AS: I like it. I don’t know, I like it, and – it’s all favors. It didn’t cost, you know, as much as it looked like – it was all favors….Plus I think there was a common theme with my friends so when I’m doing stuff, just because the world knows who they are, whatever they’re still my friends. They’re my friends who happen to act. Like this is my friend who happens to direct.

TWP: You’ve been in Hollywood for the past five years and you have a hand in features and you also have a very prominent hand in digital as well. Is digital kind of your playground to have fun and do all the stuff you want? Or where do you draw the line between: this is feature, this is [digital].

AS: There’s no line, there’s no line. We’re slaves to dichotomy, we need to categorize things, and classify things, that’s how we got where we are… So once you remove the idea of dichotomy, you go “Oh, shit. Okay. There’s really no difference there from TV and a movie because they’re both on Video On Demand.” But to make a movie – or you make a TV show – people are still watching it on the TV….or their iPad. And by the way, if they’re watching it on their iPad (and they watch YouTube on their iPad) then what the fucks the difference?

TWP: So, I’d like to get into the conversation about all the legal issues that have popped up this past week. [Power/Rangers] was taken down from Vimeo, it was taken down from YouTube. Mark Zuckerberg championed the project keeping it up on Facebook, correct?

AS: I really shouldn’t get into any of the legal stuff. 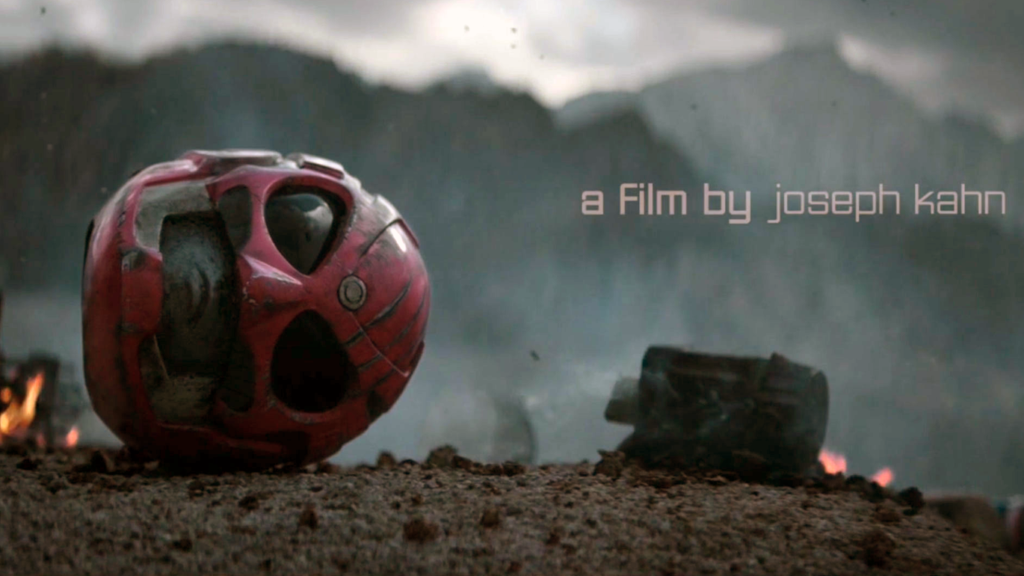 TWP: Oh, really? Okay. Okay. I understand. I was going to ask the specifics, but I totally understand if it’s, “they’re very nice people” and you guys had to put a warning on there, and then just move on from there.

AS: Yeah, you know the problem is that once I get into legal stuff, I don’t like talking about it cause – it’s like, I love having creative conversations about the stuff, right? And then whenever it becomes, “Oh let’s talk about the law.” Or, “Hey, let’s talk about financing” or that kind of stuff. It almost puts a damper on things, you know?

TWP: In regard to fan films, you guys made such a great product, do you see great products continuing to be made and [fair-use] being an issue or not?

AS: Yeah! Yeah totally, man. I totally do. Because look at it this way. Why has Hollywood had a monopoly on the culture? I don’t mean American culture, I mean the world culture. Why? Two reasons. Three reasons! Movie stars. Distribution. And equipment. Right? They had better equipment, they had the movie stars, and they had – they basically controlled distribution. Well now because of the internet, no one controls distribution. The internet is a pulpit, right? Movie stars don’t really exist in the same way that they used to, right? It’s become less about being the Rock God that graces us with their presence once every two years, and it’s become more about being relatable and acceptable and being someone’s friend versus – or the perception of being someone’s friend – versus some Rock God, right? And technology; everyone has the same equipment now. I think [is] what you’re seeing.

Everyone keeps harping on the fact that, “Hey, you make ‘real movies’ so why are you doing this?” Well, okay, what’s going to happen when a kid from – I don’t know – the Middle East, decides to make a He-Man movie, and it’s really good, and he decides to release it online?

TWP: Those three points make so much sense – the new stars are YouTube stars. The playing field is level. And they’re not concentrated anymore.

AS: No, [they’re] not at all….You know what I told someone today? I was doing an interview and playing “devil’s advocate” and I said “Dude, just back up. What is art? What is the point of art? Why do we care about art? Why do we create it?”

TWP: What’s amazing, is that these films that you create, the characters that you draw from, they act as placeholders.

AS: Totally! Totally! Thank you. You’re the first person to figure that out, literally. Everyone there was like “Hey, you’re making a Power Ranger’s movie, you’re making a James Bond!” Whatever, it’s like no Man, it’s social commentary. And if you use social commentary, these are the people, our society. These characters, they’re the archetypes that are errant in our society. The most popular TV show when I was a kid, was show about a bunch of kids who were weaponized by aliens. What does that say about who we are? The most popular iconic character that everyone was up in arms about…is a spy who’s an alcoholic, womanizer, total douche-bag, and is given a license to kill. And that’s considered the ultimate form of masculine showmanship. I’m not making just fan films, there’s something deeper going on.

TWP: You’re developing this style, have any pre-existing franchises come to you asking for the “Adi treatment”?

AS: All the time.

TWP: Are you still in talks with them?

TWP: I imagine that you don’t want to get bogged down with the “studio system”

AS: Or it’s not only that, but see here’s the thing: the creators, it’s near and dear to their heart. I have this whole pitch for an Alf movie for instance. Where Alf was like a real dude in the 80s. And he was on his fake TV show. He’s basically like Bojack Horseman, where he’s [now] paying for all these years, and he’s a coke head, and a complete douchebag, and he has all these illegitimate kids, and he’s trying to work -it’d be like Birdman with Alf.

AS: I could totally see how that pitch goes down and I’ve done it before. I’ve had meetings with people, and they’re like, “How would you approach this movie?” And I’m like okay, “Boom! Here we go.” And then they’re like “…..can we do it a little light” and I’m like “No!”

TWP: Do you think it’s them trying to force a PG-13 mentality on you?

AS: It’s not even a PG-13 mentality. What it is, is that they’re trying to perpetuate a culture of fear, and consumerism, and sell fucking toys and happy meals, and that that’s more important than anything else. 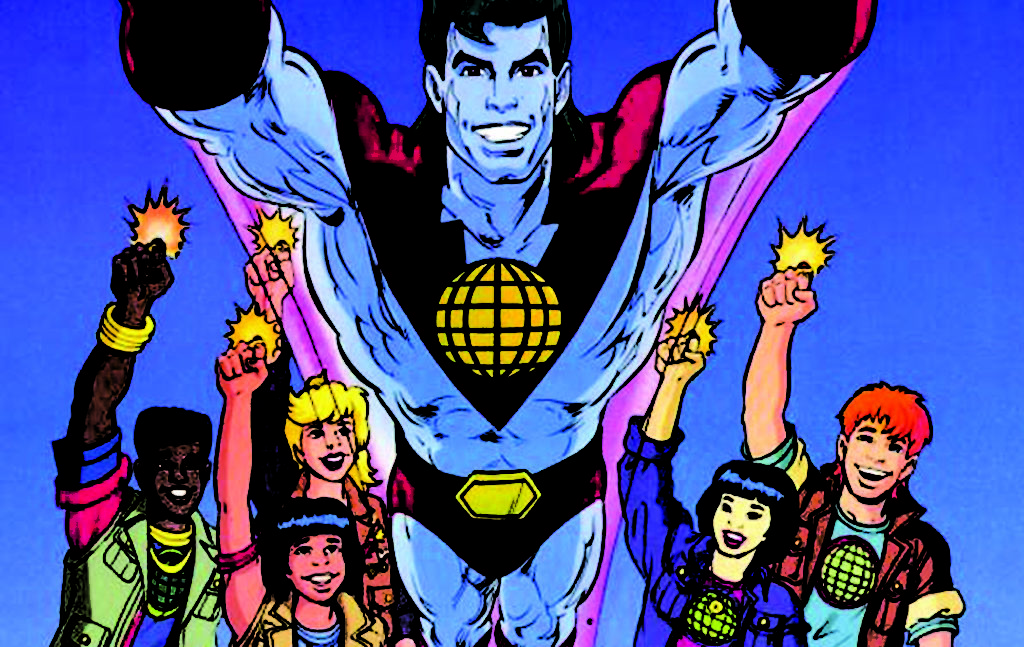 TWP: If given your pick of the litter what would you go after? You mentioned Captain Planet a little bit earlier when you were talking about when you were seven and coming up with the ideas. Is that something?

TWP: That sounds awesome! Lastly, you’ve done a parody of turning something that’s light and turning it dark. Have you ever thought about doing a parody on a dark subject matter and turning it light?

AS: Batman. I would make Batman almost like the one where they dance with Adam West. I’d do a modern Adam West Batman.