The host of Marvel’s upcoming Black Panther podcast, The New York Times best-selling author Nic Stone shares with us how much T’Challa’s story has changed from mysterious Avenger to Wakandan King, and even, Harlem School Teacher.

The History of Marvel Comics: Black Panther reveals a lot about T’Challa that your average MCU fan probably didn’t know about. Hosted by author Nic Stone, this deep dive featuring interviews with the creatives who helped shape T’Challa’s journey, takes a look at the importance of the character. Though not just as the most important black superhero born during the civil rights era and Black power movement—which he was—but also, as a Black man wanting to do good at the time despite the prejudices of his modern era. What that meant then and what that means right now.

Let’s be clear, there is a surprising amount of comic history regarding the cultural account that guided the story of the Black Panther. Sixty years’ worth of material, in fact. Which is why Marvel sought a modern voice to tell it, the one and only, Nic Stone, author of Shuri: A Black Panther series of YA novels and essayist in Marvel’s Voices: Legacy #1.

Nic and I talked all about the importance of Panther’s Legacy. Our chat is in the podcast link below, but you can find a transcription of our talk here. 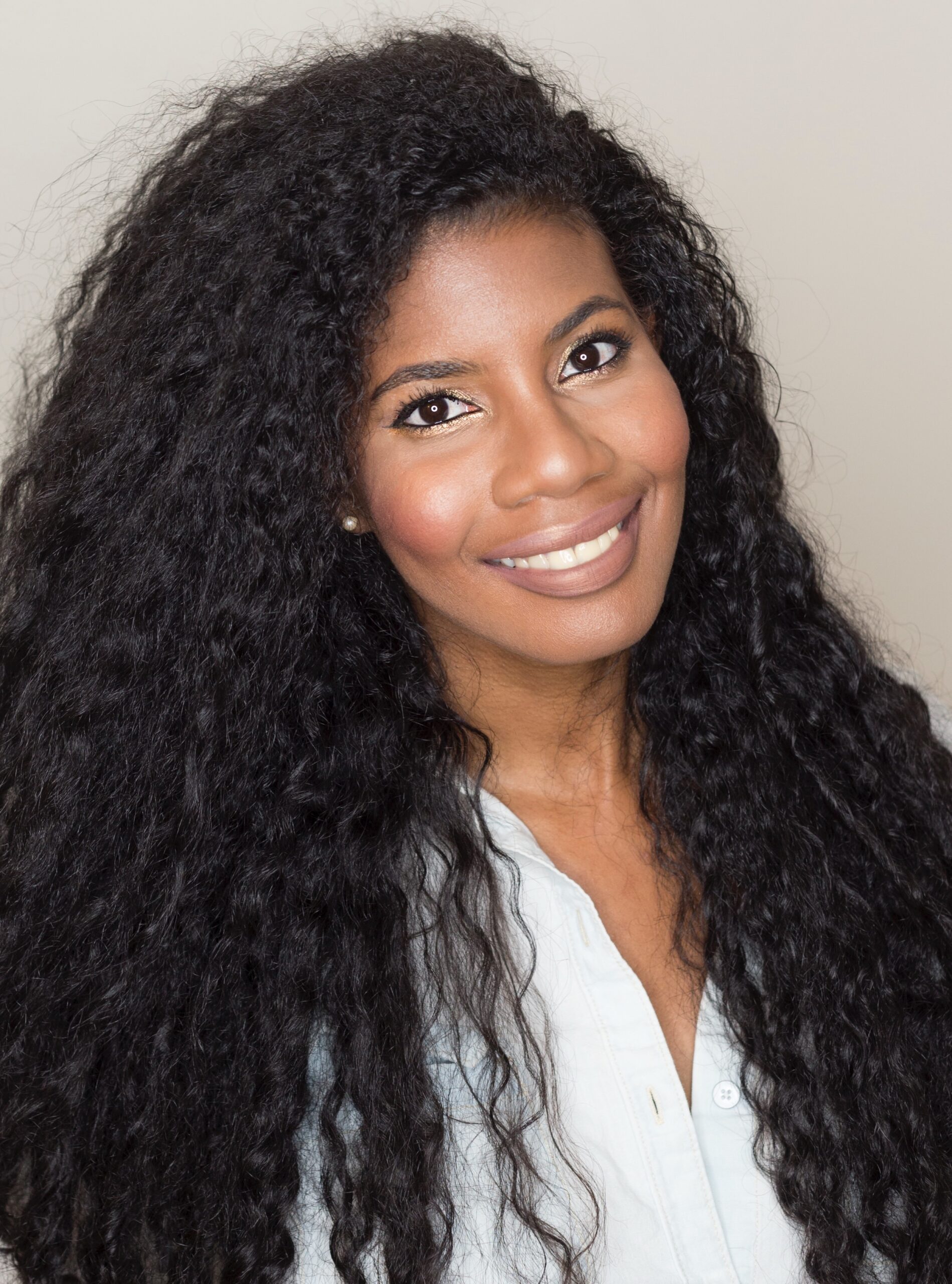 Thanks for being here, Nic. First, can you tell us a bit about your history as a writer and why you’re a self-proclaimed, Shuri Stan?

“Oh my gosh. Okay, so, honestly, I didn’t start writing until I was like 28? But a lot of it had a lot to do with a lack of representation in the books I was reading as a kid. As I just didn’t see writing as something a person like me could do at the time.”

Let it be noted that Stone, in just 6 years, has published 7 books including 2 NYT bestsellers: Dear Martin and Clean Getaway. She continued…

“I’m a Shuri Stan because she was who I was in middle school. So finally getting to see a version of myself, somebody like me on-screen and in comic books, was huge. So she will forever live in my heart and it’s such a blast getting to write stories about her.”

What made you want to host a Black Panther history podcast?

“I mean, who could say no to this? When I think about the Black Panther and my limited knowledge of his history from the perspective of the creator(s). The opportunity to talk to the people who created him?

Yeah, give me that!

It was also interesting hearing how he transformed over time on the same parallels to how history was moving. It was a really exciting thing we got to explore on the podcast.”

In episode one, you reveal that Black Panther wasn’t even revealed to be black initially. Can you share with audiences the significance of this moment?

“The most interesting thing to me about this was that I absolutely presumed that anybody who met the Black Panther in 1966 would have known that he was Black! But basically, there was this initial discussion as to how the Black Panther’s mask would be drawn. Some iterations had Panther wear a half-mask, where the lower section of his face was shown as brown. But in the end, they decided to go with a full-covered mask. The revelation that nobody knew that the Black Panther was Black upon first meeting made me need to check my assumptions more frequently. You just associate, Black Panther, Black Man, given the circumstances.”

Overcoming systemic racism is a common thread in T’Challa’s story. How has that challenge changed over time regarding the Black Panther, then versus now?

“So, the Black Panther came to be during the civil rights moment and also shared a name with one of the most notorious — which was probably the word used back then, so I’ll use it now, though I don’t see The Black Panther Party as notorious in a negative sense — groups of the time. He gets introduced at the same time as this political party.

We first see him as an Avenger after he brings the Fantastic Four in, but then, over time, once he gets his own stories, he engages directly with a lot of racist things. He goes to Rudyarda to battle Apartheid. We see him take on the Klan. As time progresses into the 90s and 2000s the way T’Challa deals with racism is very different because the way we deal with racism is different.

I think it was Ta-Nehisi Coates’ run that was the one where I felt the most seen with regard to the battle with race, racism, and anti-racism. I felt that this was super timely. The one that felt adult where I could read and understand things in a different way than when I was younger. His interactions with race and racism? They definitely track with the world and how it’s changed. With Black people’s specifically in America and their interactions in regards to race and racism.”

You talk a bit about the creator consumer collaboration. Can you elaborate on your thoughts on this?

“As a creator, you are making things, but in order for those things to be consumable, they have to appeal to the consumer. And as a creator, we automatically collaborate with consumers when they engage with the things we create.

So, the thing that I most appreciate about the creators of Black Panther, is that not only were they creating things that consumers were willing to interact with, they were also, creating things consumers had to think about.

Even if they didn’t think about it, it’s going into consumers’ heads. They had to process the things these creators put in this comic. Honestly, if you look at his evolution over time, it was because of those collaborations that he had to grow, change, and evolve.”

I personally had no idea Black Panther was a school teacher until I listened to your podcast. Can you tell us the most surprising story or factoid that you learned?

“Even that one! That T’Challa was like: ‘I’m gonna completely change my name and teach school in New York even though there’s both the whole country of Wakanda and Avengers left behind. But Nah, I’m just gonna teach these kids. Meanwhile, Monica Lin is like, ‘Bro, what?’ It’s a fun storyline to read and puzzle about.”

Stone jokes about this surprising Panther Backstory then shares with us a surprising fact about Panther she discovered:

So wait. What did come first? The Black Panther Party or the Superhero?

“It was genuinely around the same time. The same year. About a couple of months in-between and completely unintentional.”

What was your Favorite Interview to do for this podcast?

“Papa Don! Listen, I am so utterly obsessed with Don McGregor. He’s the sweetest man but he’s also just so smart. Interacting with this man, this white man, who decided, in the 1970s to have Black Panther take on the Ku Klux Klan? Oh, we need to talk, sir! Because you’ve been woke longer than most people.

I’m hoping we’re invited to the next film premiere so we can go together and be besties!”

Having done a bunch of these episodes, in your definitive opinion, what is it about the Black Panther that makes him such an important role model for the Black community and people of color?

“I think it’s T’challa’s tendency to triumph despite facing some pretty hefty obstacles. As of right now, there is six episodes total as we go through his comic history. As you see him evolve over time, as he’s being written by different people, we see this man go through the wringer over and over again and he still triumphs. And in ways that are believable! Ways that see him grow as a person, a ruler, and a superhero. I think it’s why he’s stood the test of time.”

What’s the most challenging thing about making this podcast?

“You’re a podcaster, you know, sometimes there are like, re-tracking sessions. Technical issues. It’s like, we got to get these words correct. It’s making sure things sound good enough to be consumed. This is very creator consumer collaboration right here.”

Thoughts on Chadwick Boseman’s Performance on the character and where do you think they’ll go with the story from here?

“You know, Chadwick Boseman was so iconic as that character. He was not recast for the follow-up film, so, I have no idea, but if they track the comics, Shuri will become the next Black Panther. But who knows? She’s different in the film with regards to her age and what she’s doing. So I don’t know. I do think eventually she will be in the MCU but we will wait and see.”

What is the age difference?

“A little bit younger in the films. In the comics, she’s 19-20. And she’s actually actively trying to become the Black Panther.”

What is the one thing you’d like audiences to take away from listening to this podcast?

“I really want audiences to recognize that yes, he’s Black Panther the first major black superhero, but he’s also a dude. He’s a person. With superpowers and catlike reflexes but he’s also a man. He’s an example we can follow because he’s very, like, feet on the ground and I want people to recognize it. He’s been around for like 60 years.”

Explore the comic book origins of Black Panther with host Nic Stone (@getnicced) and the creators who shaped T’Challa’s journey in 'The History of Marvel Comics: Black Panther.'

🎧 Listen to our new @SiriusXM podcast on February 14: https://t.co/GjgBAUG1bZ pic.twitter.com/NJxDCURk3C

That was it but there are loads of more details featured in ‘The History of Marvel Comics: Black Panther’. Special thanks to Marvel again for this opportunity.

Previous article
A Mythos Evolved: The Return of the Marvel’s Voices Podcast
Next article
On LARPing and Conventions: GSCF 2022