Artists draw inspiration from a variety of meaningful places, but filmmakers Anthony and James Gaudioso remember their love for movies getting off to an especially precocious start.

The Long Island, N.Y. natives and twin brothers sat down with The Workprint recently to discuss their career trajectory from the very beginning, recalling an early exposure to highbrow cinema thanks to their stepfather’s penchant for iconic auteurs like Stanley Kubrick and Brian DePalma.

Anthony, writer, co-star, co-producer and co-director of the brothers’ most recent feature The Ghost and the Whale, cited Vanishing Point, One Flew Over the Cuckoo’s Nest and The Shining as standout influences. “We’re huge horror fans,” he grinned.

“I always felt affected,” James agreed. “I’d turn around during movies and be like, [wide-eyed] ‘Oh, my God!’ We’d talk about films afterward for so long where we’d kind of ruminate on how the actors were able to reach this place and hit that emotion. I think movies always just affected us, the human condition aspect, and that’s why we’re drawn to them.”

Ghost has enjoyed notable accolades and exposure since its completion last year, including a well-received screening at the Writers Guild in Los Angeles last August and the People’s Choice Best Picture Award at the Hollywood Reel Independent Film Festival Awards in February. Most recently, the film enjoyed a featured slot during April’s Monadnock International Film Festival in Keene, N.H.

Of course, it takes much more than just watching movies to start actually making them. James, who starred, directed and produced The Ghost and the Whale alongside his brother, also cited the pair’s dedicated mother as a major source of support and encouragement along the way.

“We had a mom who was really cool … I think we came to her when we were 12 and said, ‘We wanna be actors!’ And she said, ‘Oh, my God. You picked the hardest f—king business. [laughs] But let’s do it.’ So we just hopped in the van and went to the city. For years.”

“The goal was to get into Manhattan as much as humanly possible,” Anthony explained, relaying tales of countless auditions and callbacks that resulted in some promising commercial work, as well as plenty of lessons in humility. “And she was the facilitator to that … She’d work a full shift, take her lunch at the end, pick us up from school and just cart us in and out.”

“And sit in four hours of traffic on the way home,” James added. 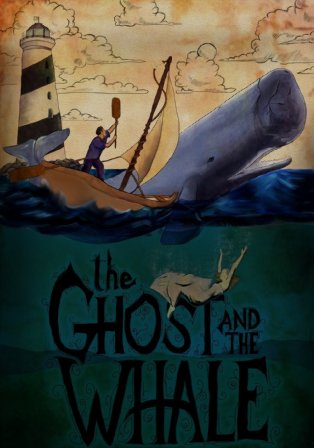 The tenacity was clearly genetic, as both Anthony and James capitalized on their passion straight through adolescence and into film school. It was there that Anthony began experimenting with a variety of genres, formats and technique, channeling a natural storytelling instinct through formal education tenets to help James and him express themselves behind the camera as well as in front of it.

“James and I have always been very proactive with our career … So film school was the right choice,” Anthony confirmed.

“Right when Anthony graduated, he said, ‘Let’s make a film together. Let’s make a thriller,’” James recalled with a smile. The twins soon launched into their first full-length collaborative effort with the help of a cousin, who provided the use of her mid-renovation Victorian home as a key shooting location.

The maiden feature, a supernatural drama inspired by their mother’s work as a well-known medium, caught the attention of New York socialite Cornelia Guest after she took a small role in the production. Guest was impressed with the young directors’ zeal and fortitude and recommended them to the editors of Vanity Fair, who were putting together a spread on Hollywood newcomers. Both brothers were featured in the piece, and the recognition clarified their necessity to migrate west and continue pursuing endeavors in Los Angeles. The choice to put down roots in L.A. made sense, Anthony said. After all, it’s the “mecca” where “everything happens,” he declared.

After arriving in 2005, Anthony and James set forth on establishing themselves as a creative team, producing everything from commercials for “high-concept ” ad house Pretty Nifty to feature-length projects under their own banner Gaudioso Twins Films. In the competitive Hollywood market, James revealed, taking control of their own destiny was an inevitable step toward bringing their lofty goals that much closer to reality.

“Filmmaking was the means to be able to create vehicles for ourselves. I felt a little stifled,” he admitted. “Because it always felt like a such a challenge to get in the door, we had to kind of create our own door — one that we could open. [laughs]”

Then, it came time to actually walk through it. 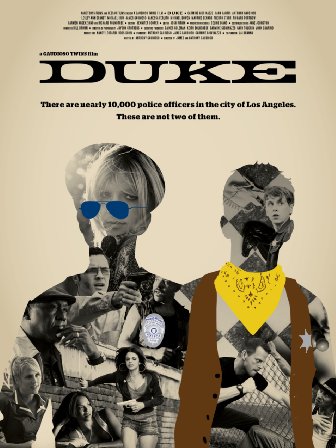 The brother’s next major venture reflected a natural evolution in their scope and skill. Screenwriter, co-star and co-director Anthony described Duke as “a gritty, contemporary Western set in L.A.,” and the project was the brothers’ most ambitious work to date. Co-starring Graceland’s Carmine Giovinazzo and Vanessa Ferlito, along with Shaft himself Richard Roundtree, Duke solidified Anthony and James’ place in the Hollywood community with their fresh take on a classic formula, showcasing provocative themes and characters that proved ultimately ahead of their time.

As J-Bird, a transgendered prostitute living on the streets, Duke co-star and co-director James considers his part in the film “the best role I ever played in my life.” Although he maintains an admirable modesty, James couldn’t help but agree that his acting work on Duke bears more than a passing resemblance to Jared Leto’s later turn in Dallas Buyers Club that won Oscar gold.

The Gaudioso twins’ latest film, The Ghost and the Whale, is a tale of revenge and redemption that centers on a tormented widower whose wife’s unsolved disappearance divides their community. Anthony and James incorporated elements of bi-polar disorder into the project to make it personally resonant for star Maurice Benard, who suffers from the mental affliction himself. After an intense writing binge in which he “went into my room for three months and came out with a big beard and a rough draft,” Anthony presented a script to producer Paula Benard, which she loved. Soon, Anthony and James began tackling co-directorial, co-producing and co-starring roles once again.

Following a successful festival run and impressive promotional appearances that included a segment on Oprah Winfrey’s OWN Network, The Ghost and the Whale gave the brothers yet another opportunity to capitalize on their expanding professional circle and experience. Precious and Brick producer Mark G. Mathis reached out to Anthony and James after snagging a Ghost screener, and expressed interest in helping them make what Anthony calls “a true passion piece.”

“This is something we birthed and was organic, and wasn’t so much a collaboration with outside parties. It’s us, as brothers, telling a story with characters we’ve created,” Anthony confirmed.

“It’s a slice of American life and what that really looks like,” James offered. The project, he described, is a coming-of-age family drama titled Numb. A “youth in revolt” film, Numb is about a young man with debilitating pain insensitivity who’s approaching the crest of a shortened life expectancy when his father dies suddenly.

“You really could call it dire straits, because they’re in this make-or-break moment here of whether or not the family [itself] is going to survive,” James explained.

Besides harnessing total narrative control, what makes Numb such a groundbreaking experience for the brothers is having the chance to let actors and directors other than themselves bring their story to life. The Ghost and the Whale producer and visual effects whiz Matthew Dean Russell will be stepping into the director’s chair, and instead of tackling the challenging dual role of lead character Aaron and his repressed psyche on their own, the brothers revealed several in-demand actors are potential front-runners for the part. With talks of Melissa Leo, Juliette Lewis and Kate Bosworth possibly rounding out the female cast, Numb looks primed to be the Gaudioso twins’ most high-profile effort yet.

With the stakes now higher than ever, relinquishing their usual multitude of responsibilities helps narrow focus and “feels like a breath of fresh air,” James said. “To wear so many hats, no matter what you’re doing in life, can be exhausting.”

“It’s going to be fantastic to watch someone else direct our words,” Anthony agreed excitedly. “It’s wild to think that you wrote a story and somebody else is going to go, ‘Hey, this is how I see it,’ and not have handcuffs. We told Matt, ‘Just do it.’”

“To have someone take something that’s lived in your mind and breathe life into it” is a huge relief and important perspective change, James added. “I’d rather give 100 percent in one or two areas instead of 70 percent in five, and then lose my hair.”

Numb may represent a whole new realm for the brothers, but their unwavering vision has yet to falter.