‘Homeland’ Review: “Halfway to a Donut”

I would like to thank the writers, editors, actors, and everyone else involved with the eighth episode of Homeland for giving us a fantastic show. I know I was harsh last week, but that’s only because I KNOW this show can be fantastic. When it’s on, it’s on. Despite the ridiculous title of the episode, I’m happy with where things are headed.

I mean, I’m not happy happy because Saul is recreating Fifty Shades of Grey with terrorists who refuse to tell him the safeword. And he’s only accustomed to walking two blocks to the deli, so what do you mean he has to walk twenty miles to town and then play Frogger with men who want to tie him up in the least sexy way possible? Like Saul, I had hopes that Carrie in her saner state would be able to save him. It’s their relationship that has held the show together, but after watching the preview for next week’s episode, I can’t imagine him making it out alive. And I can’t imagine Carrie doing well in his absence.

By convincing Saul to live and then directing him back into the arms of the enemy, Carrie shatters their remaining trust. Saul’s heartbreaking screams were reminiscent of Carrie’s own emotional low point from last season, when he used her mental issues as a pawn in the CIA game. (“Fuck you, Saul.”) No matter how resourceful Saul was during the first escape, I think we can be sure there won’t be a second. Saul doesn’t have it in him to try, and Haqqani’s men are certainly going to up the bondage ante. Besides, it’s not like the CIA made it difficult to track the ex-director. Saul didn’t help his case by barreling down city streets, eyes frantic, shouting on a cell phone, but didn’t someone in that station think, “Maybe flying a drone directly over the city isn’t the best idea?” 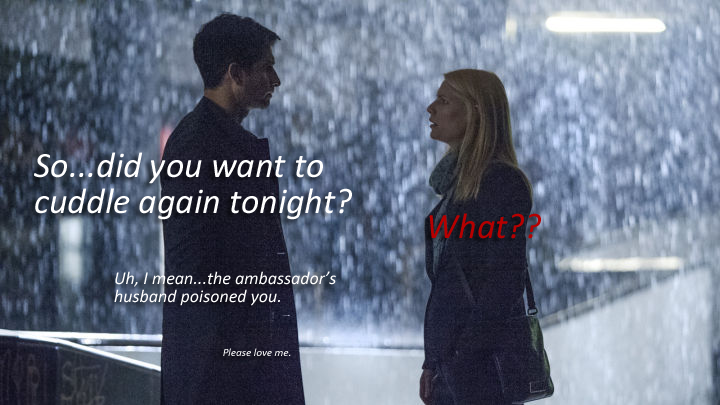 In other news, Carrie has made a new ally in Colonel Khan, who is so attractive it’s distracting. Maybe it’s the accent. Or both. Or I’m just shallow. Anyway, Khan’s always come across as trustworthy (to me), if only defensive when it comes to someone insulting 1. his country and 2. how good he is at his job. Hey, we’ve all been there. Besides, Khan knows Tasleem is working against the Americans. His standoffish behavior and inability to be rattled may prove useful to Carrie and the rest of the station.

Speaking of the station (you liking these transitions?), I find it insanely hard to believe that once Carrie and Co. deduced there has been a breach in the station that the ambassador would IMMEDIATELY tell her husband. That’s like, Intelligence 101. (And he has a history of plagiarism!) It’s not all Ambassador Boyd’s fault though. Someone dropped the ball by not putting any cameras in Carrie’s building, ESPECIALLY after the murder of the previous station chief. Communication kind of broke down a bit; final grade: D-.

Maybe they should have let Carrie set up the cameras, since she did such a fantastic job with Brody’s house.

(An aside: if Tasleem wanted Carrie shipped back to the U.S., she’s going to have to do a lot more than make Carrie shoot people with her “hand” guns. Carrie’s all, “Giiirrrllll, I  was having sex with the marine-turned-terrorist-turned-asset and I still managed to get a job as a station chief. Pew pewing is tame comparatively.”)

CARRIE! Oh, hi Carrie! It’s wonderful watching Carrie in the driver’s seat again, taking command of a dire situation where there are no right answers. Despite the desperate predicament, Carrie still took the lead and the responsibility of making a choice about Saul’s life. These are the moments where Homeland succeeds, when there is no good way out and the characters have to make difficult decisions. Twice now Carrie has let Saul live when she knows he doesn’t want to be a bargaining chip; he doesn’t want to be responsible for the return of Haqqani’s entire command. She knows Saul better than anyone (sorry, Mira), but twice now something has stopped Carrie from pulling the trigger. I think Quinn’s issues from the first two episodes may come back around once Saul leaves the picture for good and Carrie can no longer handle watching those she loves die.

But this episode wasn’t all sadness and screaming. Lockhart, yet again, has wormed his evil, cynical way into my heart. I love when characters show another side that makes you reconsider your original opinion. 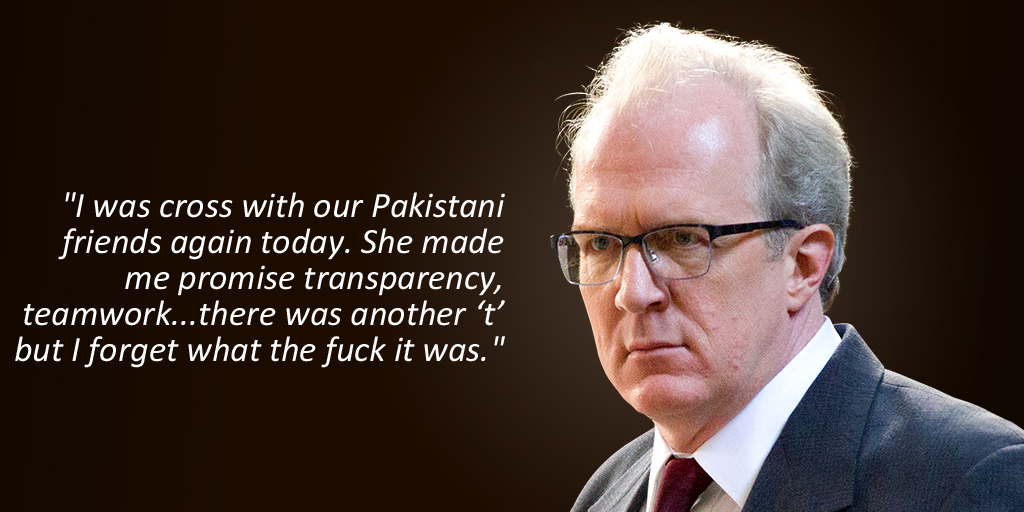 To sum up: Saul can hang himself with chains and not die; also, he should probably get a tetanus shot after stabbing himself with that nail; Fara is still missing, someone please call the police; Carrie is back, rejoice; Lockhart wins.