The Caretaker (Robert Wisdom) is a mysterious figure in Marvel’s Helstrom whom we first meet in the pilot episode with ties to Ana Helstrom (Sydney Lemmon). 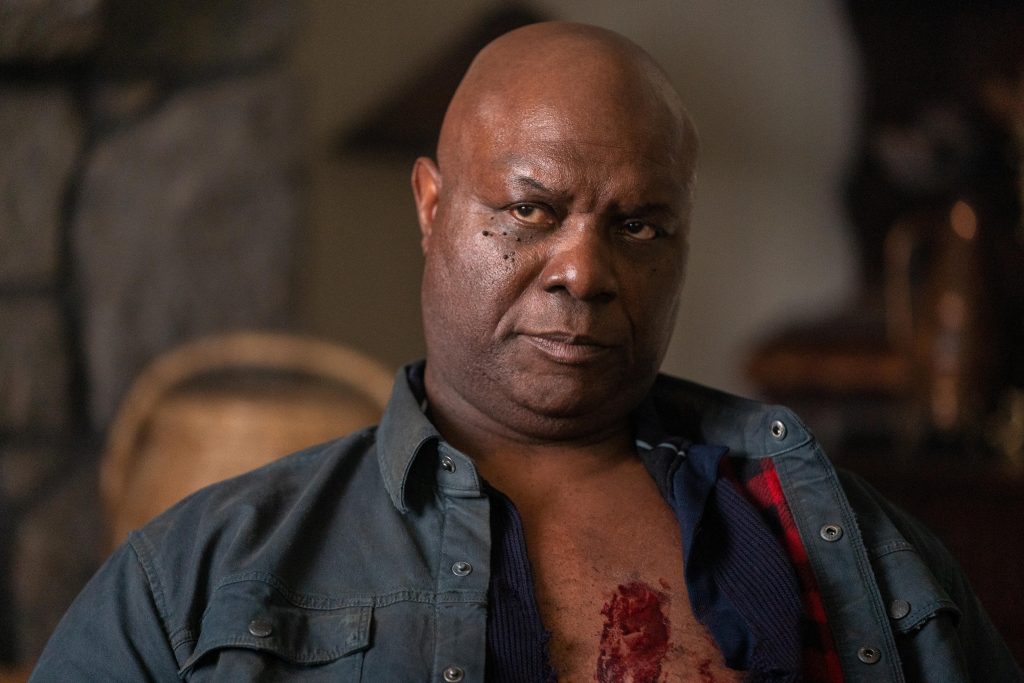 We find out that his character is a member of an enigmatic group called the Blood. According to Marvel, they are “a mysterious race who allegedly supplied the first Earth-born Sorcerer Supreme over 20,000 years ago.”

WARNING: Spoilers for Helstrom season 1 ahead

The Blood’s mission was to protect the Earth from supernatural threats. They were mostly focused on defeating the demon Zarathos. Zarathos was after a magical talisman called the Medallion of Power. In this fight they were joined by powerful beings known as the Spirits of Vengeance and they sacrificed themselves in order to triumph over the demon. The Blood became the guardians of the medallion in the aftermath and Caretaker broke it into four pieces and gave them to two human families since the object was too powerful. A male and female from each would inherit a part and Caretaker would watch over them.

On the show, the group still appear to keep their core mission of demon hunting. One way they contain the creatures is by sedating their human hosts as a means of prevent them from inhabiting another body. They are kept in hotel rooms converted into a medical facility. Caretaker takes Gabby to one of these buildings after he rescued her from a possessed priest. While there he reveals that his family has been a part of this entity for seven generation, it’s in his blood so to speak. Unfortunately later on, everyone in that hotel is killed by the demon released in the first episode. 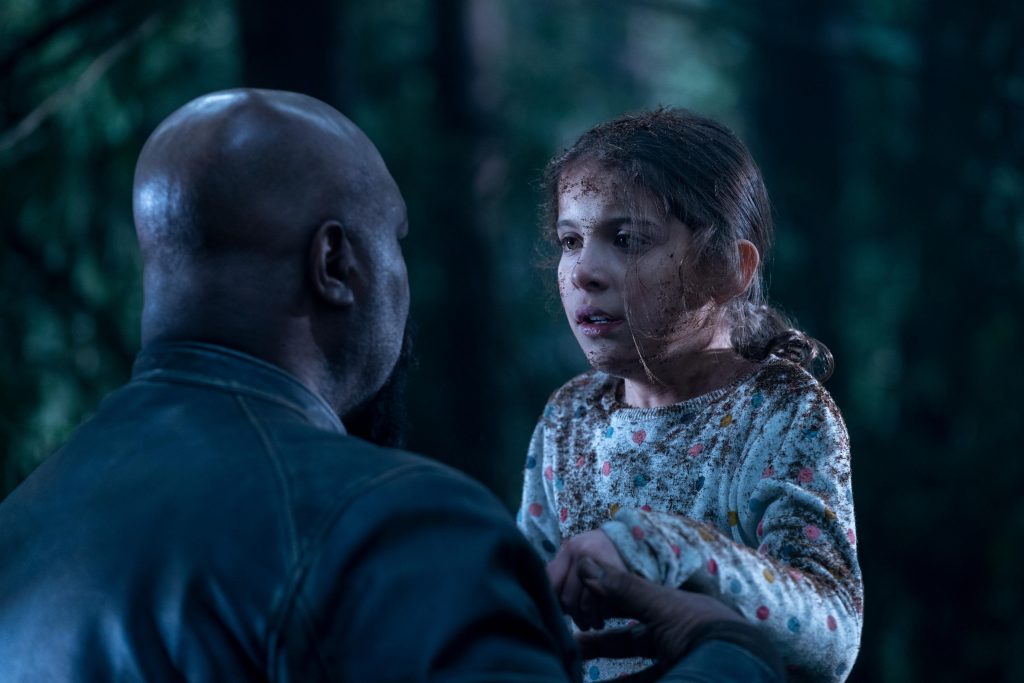 We learn though that the Blood are a very dedicated and organized entity who will do whatever it takes to rid the world of demonic presence. One of their leaders, Esther, essentially kidnaps Caretaker after his loyalties are questioned. They felt that he cared too much about Ana and were there to find her father’s blade. He refused to provide though and said that he had buried it a long time ago. In a flashback Ana had wounded her father using the weapon and had fled from him. Unfortunately he caught up to her and buried her alive but eventually Caretaker found her and freed her.

Esther has her minions test out different blade against a scar on Caretaker’s chest that was apparently made by that special knife. She eventually is able to find it and when puts it his chest it burns the mark. Important to note that his scar seems to look different from Daimon’s scar that was also made by the same blade. Later on Esther has one of her men try to use it to kill the elder Helstrom sibling but fails. He then encounters them again when he retrieves the other half of the knife from his old house with Gabriella (Ariana Guera). Daimon (Tom Austen) says he forgives them for essentially being dicks and trying to kill him.

We next see the Blood after Gabby escapes from a second attempt by Kthara’s goons by taking refuge at a local parish. She asks the priest to contact them in order to seeks answers about the demon baby growing inside her. Kthara had inhabited the Vatican agent’s body and had another demon possess Daimon and used the two to make a fast growing super demon baby that would be her new vessel. The Blood are ready to fight when the demons arrive but Gabby doesn’t want bloodshed inside the church so she leaves willingly. After she ends up giving birth to Kthara, her entire belief system is shattered and decides to join the Blood. 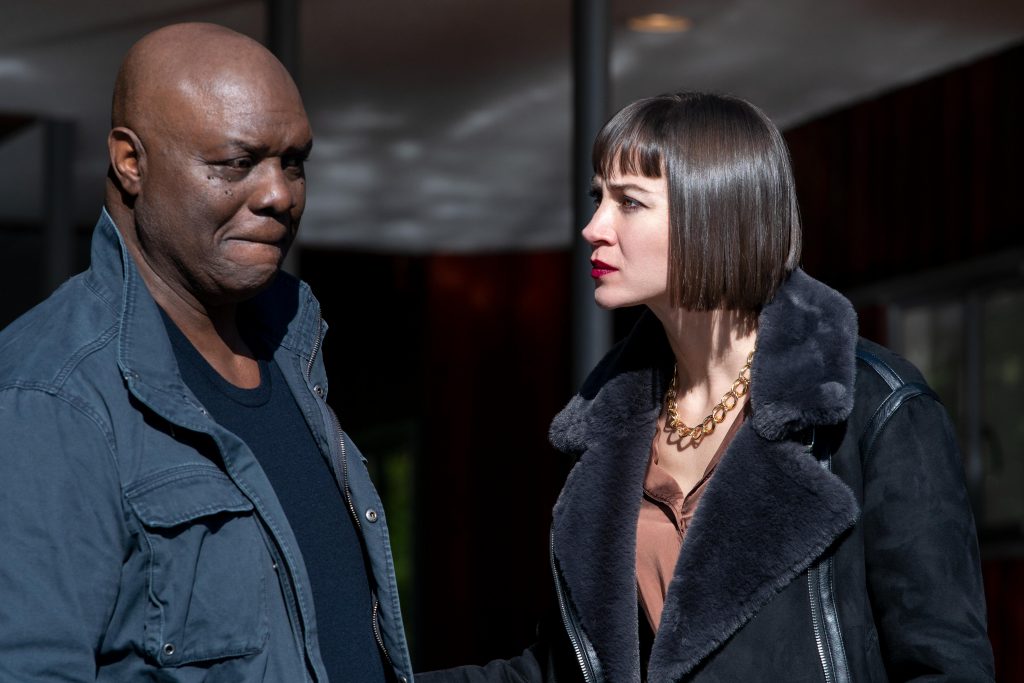 Meanwhile we first meet Caretaker after he contacts the younger Helstrom sibling about the tomb in Colma and then cleans up the site in the aftermath of the demon escaping from its prison. He’s clearly very knowledgeable of the occult and knows ancient languages. Caretaker procures items for Ana that she then sells off at her auction house. He is able to tell Chris Yen (Alain Uy) that the axe in their possession is fake.

Caretaker seems to care a lot about Ana as he follows her to Portland after he previously told her that the remains they found were from St. Teresa’s. When they see each other at the lobby of the hotel she’s staying at, Ana reveals that the evil they are facing is her father and that the creature in her mother confirmed it. Her plan is to track him down and kill him but he states that it’s not that easy and her father is an incredibly strong entity. Ana doesn’t care though and doesn’t need his or anyone else to help. Caretaker says that she’s the closest thing to family he has and that she shouldn’t let pride get in the way especially when it comes to this. She counters that this isn’t pride but rage.

Later on he goes to see Dr. Louise Hastings (June Carryl) at St. Teresa’s and we learn that the two are old friends. In the past they had decided to keep the siblings apart believing it was for the best. While we discover that Hastings could have taken Ana in, she didn’t because she was scared of the young girl and Caretaker felt that he couldn’t either because the Blood aren’t exactly tolerant of half demon children. But in his own way he made sure that she was alright though he was absent a lot while she was growing up. In truth though he admits to Ana later on that he was scared of getting too close because he did not want to loose her like he had lost the rest of his family. While he had lost his own family to demons, he doesn’t share the beliefs that some in his order have regarding the Helstrom siblings. 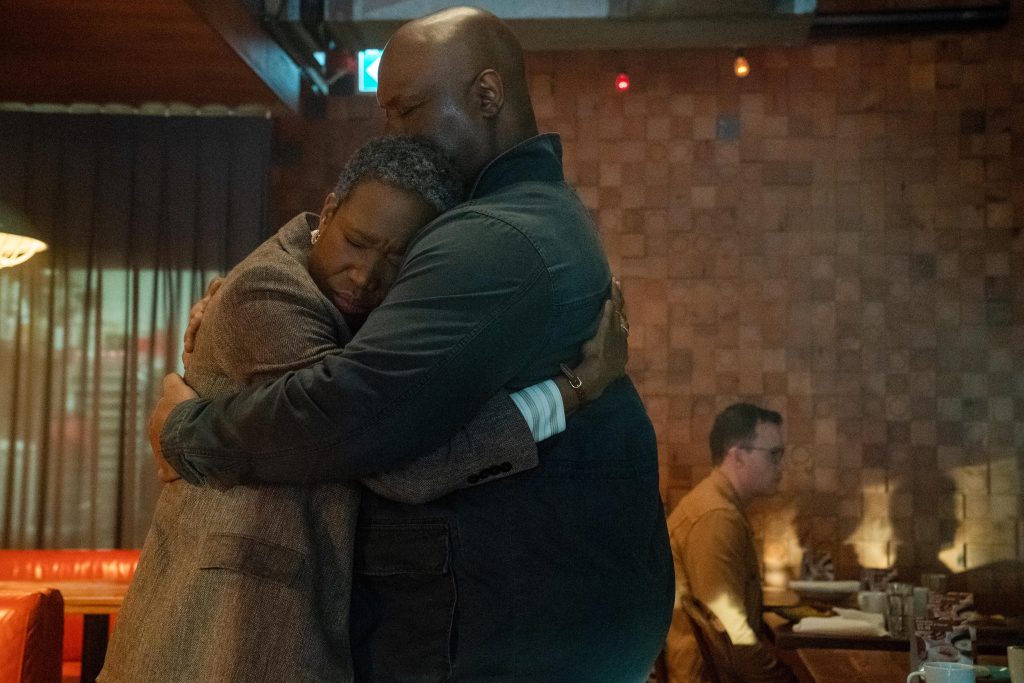 His next closest relationship is with Hastings. After he escapes from being taken by the Blood, he goes to see her and proposes that they take a little trip. She says that she can’t just yet because she’s going to seek treatment for her cancer. When she gets stabbed by one of Kthara’s minions to protect him he stays in the hospital the entire time waiting for her to wake up from surgery. In the aftermath, he takes care of her as she recovers and stays in Portland.

In the comics, Caretaker is quite ancient having existed even before Atlantis. As member of the Blood, he ages very slowly and is immune to conventional diseases. He also skilled in hand-to-hand combat, possesses superhuman strength and durability, and is able to teleport. In the show we haven’t seen him display any supernatural abilities but he appears to be able to handle himself having travelled all over the world collecting rare artifacts and likely demon hunting.

Previously the character appeared in 2007’s Ghost Rider portrayed by Sam Elliot. The character was actually an amalgamation of Carter Slade and Caretaker and served as a mentor to Johnny Blaze/Ghost Rider.