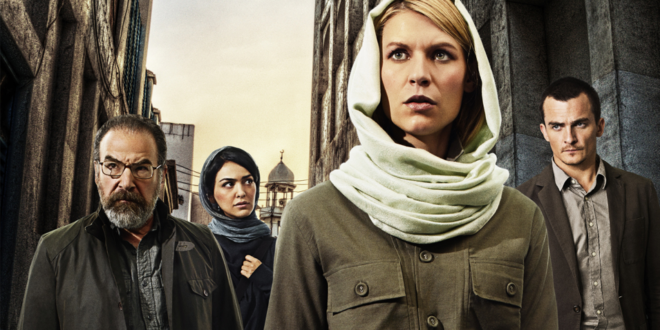 A heartfelt letter to the writers of Homeland

We’ve had a good relationship, haven’t we? I mean, season three was a rough period for everyone, but you pulled it together in the end. Kudos to you! And season four is back to the Homeland we all loved in the beginning. A second kudos! Only, you see…there’s this issue I’m having with some of the writing. Well, one part in particular.

I’ve understood and even defended many of the decisions the show has made over the years. I wasn’t a fan of dragging out Brody’s storyline, but I got why you did it. Heck, I even ENJOYED Dana’s plot, if only to show the differences between her and her father. She was more than just a whiny teenager to me and I applaud that move. I don’t mind Carrie’s madness. In fact, I quite love that darkness about her. Sure, it was difficult to watch her let baby Frannie slip under the water for a few frightening moments, but that is the unflinching reality of Carrie’s situation. And even though I thought having Carrie seduce Aayan in the most recent episode was a tad too much too soon, I can grasp the loose rationale behind Carrie as a character. 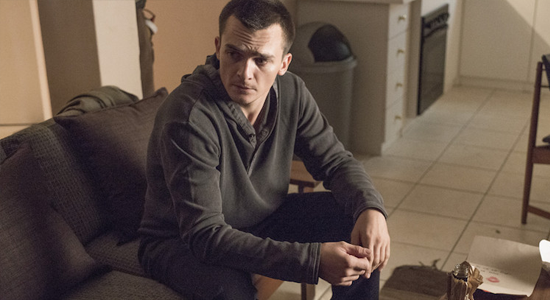 But, oh, this is awkward. Okay, I’ll just go out and say it.

You need to stop this nonsense romance between Carrie Mathison and Peter Quinn before I maul an innocent bystander. Quinn is a complex character, a man who was trained to be a murderer coming to terms with the truths of what his actions have wrought. He is, hands down, the best character on the show. Until that little bit about him being in love with Carrie. It didn’t make me swoon or “ship” the two as maybe some had hoped. Instead, it took the PTSD and nightmares that Quinn faces every day and spun them into something romantic, something to even be desired. Quinn faces a plethora of demons, including his murder of a child. A child, Gansa. He doesn’t drown his sorrows in a liquid diet because he’s secretly in love with Carrie. He’s drowning his sorrows because he feels he can no longer protect those around him, those who look to him as a defender. They haunt him daily and he feels if he can no longer save innocent lives, then he can longer do his job properly.

Carrie and Quinn are two sides of the same coin within the CIA, but they each have their own moral compass, and even though one moral compass points a weeeeee bit more south than the other, the pair work well together. And that’s what I want for them. Quinn’s concern for Carrie isn’t because he has feelings for her, but because he sees her strolling down a dark path he once walked. It is so rare to see a male/female friendship on a TV show, one that remains platonic for it’s duration, because for some reason it seems that on TV and in movies, men and women are not friends unless love is involved, requited or otherwise. I had hopes, Gansa, that Carrie and Quinn would skirt that trope. I was wrong. And don’t give me any of this BS about Carrie and Saul being platonic, because you know that doesn’t count, and I’m offended you’d even throw that in my face.

But there’s still hope. Cut it out now. Stop the awkward, longing stares between the two. Have them protect one another as they have done in the past. Let them continue to grow individually, and as friends. FRIENDS. Because if you decide to take it that step further and have Quinn proclaim his “feelings,” we’re going to have to break up. And Gansa, you really don’t want me as a crazy ex-lover. I make Carrie’s questionable habits look sane and I will cut you. 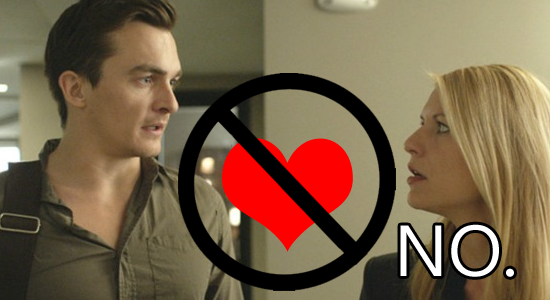 Oh, and Fara is awesome. I would like more of her. K thx bai.

Don't let the fancy nerd duds deceive you; Jen’s never been described as “classy.” You can find her on Twitter where she stalks all of her favorite celebrities: @jenstayrook. Or you can find her on Steam or Xbox dying in every game she plays as "Rilna." Email: jen.stayrook@theworkprint.com
@jenstayrook
Previous ‘Gotham’ Review: Viper
Next FX Cancels ‘The Bridge’