Auto-enthusiasts rejoice!!! All is right with the world again!!

After an absolutely dismal showing with season 23 of Top Gear, many of us were wondering where we would get our automotive entertainment. Well, it appears that you can find it in a tent where a shaven gorilla, a short man, and an old woman reside. That’s right, the boys, Jeremy Clarkson, Richard Hammond, and James May are back with the first episode of The Grand Tour, “The Holy Trinity.”

Fans may recall the cliffhanger of which of the hybrid hypercars reigned supreme on the old show. The Grand Tour puts it to the test using the Ferrari LaFerrari, the Mclaren P1, and the Porsche 918.

After a trip through the country of Portugal, with tests ranging from drag races to drives through the country side, the dispute has finally been settled and there’s poo everywhere! I do not want to ruin the show for avid fans, but it is the bit that we are used to seeing the boys doing. 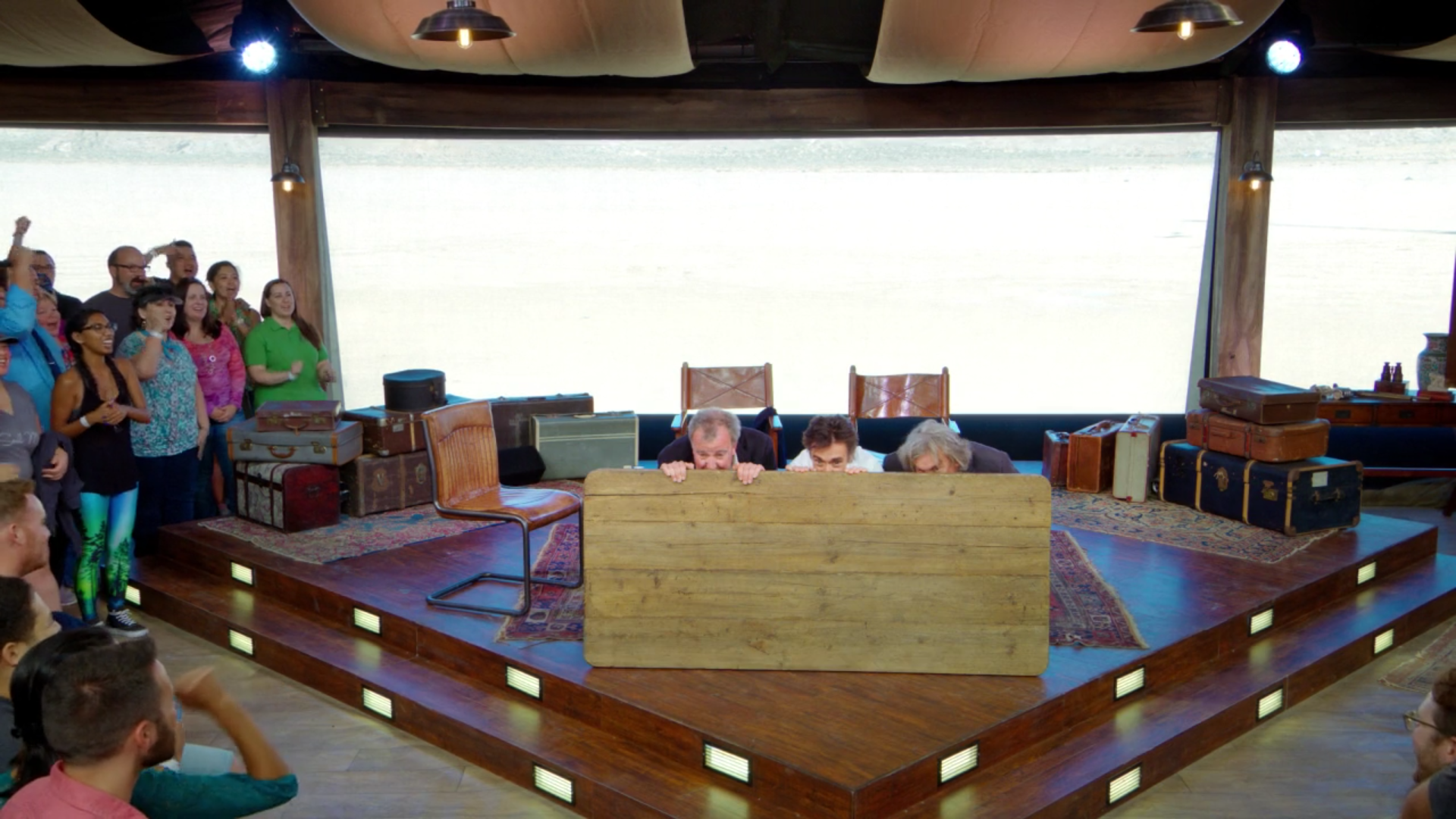 The format of the show stays relatively the same. I mean, after all, it is a car show. They will be up to their usual antics mucking about in ridiculously fast cars around the world. The trio have a new track called the Ebola-drome with elements like the Isn’t or Your Name Here. Some even say it’s the world’s deadliest track with animals, a bomb, electricity, and much, much more. The Stig has been replaced by an American that considers all other cars that do not have eight cylinders to be communist. We are not sure if this driver will be around for the rest of the season.

Some changes were made, but most were in jest of the prior format of the show. The News is now Conversation Street. We do not know if they are keeping A Star in a Reasonably Priced Car bit. The hosts hinted at it with the Celebrity Brain Crash. However, all the stars died on their way to the tent.

At the end of the day, I do not care. The boys are back with their banter and that’s all we could ever ask for. The jovial mocking and berating of each other is what we all wanted to see. The chemistry that they have built up over the past fourteen plus years truly shows. The Holy Trinity is truly back!

I have just one quick prayer to say: “Dear heavenly spirit, thank you for providing us with the direct port nitrous injection, four core intercoolers, ball bearing turbos, and titanium valve springs. Amen!”

The Grand Tour is available to stream on Amazon Prime Video.

Previous article
‘Empire’ Review: “Chimes at Midnight”
Next article
‘How To Get Away With Murder’ Review – “Who’s Dead?”