Good Omens is a fun apocalypse comedy that’s more than a faithful adaptation of the novel written by Neil Gaiman and Terry Pratchett. It’s a fun mini-series filled with magic, odd yet witty characters, zany situations, impossible moments of impossibility, and memorable dialogues.

A dream project adaptation that was in developmental hell for decades, Terry Gilliam attempted a movie adaptation for years but his best efforts were rejected in the early 2000s because of the situation regarding 9/11, and the fact that nobody would want a movie about the end of the world at that time.

It wasn’t until 2015, when a dying Terry Pratchett mentioned to Neil Gaiman at a meeting, that he’d like to adapt the book into TV. Especially, given what was happening with Netflix and the various streaming TV series at this time.  Terry sadly passed shortly after and his request thus became a final wish. As a result, thanks to the efforts of Neil Gaiman, and the sponsoring of Amazon Studios, the six-episode mini-series was finally greenlit and produced.

You can listen to us talk about episodes 1-3 of Good Omens in detail on TheWorkprint podcast’s TV Talk. Available on iTunes and GooglePlay. The first ten minutes are spoiler-free.

Reasons Why It Works

Good Omens is nearly perfect in execution because of its team. Neil Gaiman himself served as showrunner, adapting the best bits and adding parts he and Terry thought about adding for a possible sequel, yet cutting the parts that didn’t fit for a six-episode run for TV. Above everything else, Neil made sure the series was exactly as he and Terry would have envisioned it.

Likewise, the cast is a proven list of actors (Martin Sheen, David Tennant, Jon Hamm) who all showcased stellar performances adapting the witty and memorable characters of the series. Most importantly, the show had a major production (Amazon) finance, produce, and distribute the series which allowed for a lot more freedom in storytelling but also granted the show a well-contained budget. Making for an excellent mini-series that was, likewise, allowed to distribute via BBC thanks to their co-sponsorship.

Likewise, I covered ‘Good Omens’ back at NYCC 2018, and the series was just as hyped there amongst fans as it is currently, now that it’s released. I can’t stress enough that this is a great series.

The Story at the End of the World: Plot Summary

The story kicks off with an unlikely friendship. When Aziraphale, the angel guarding the East Gate at the Garden of Eden, and Crowley, the demonic snake who tempted Eve with the apple, befriended each other and lived on earth together for six thousand years. This includes experiencing important historical events throughout Earth’s history, as the duo grew a rapport and even bailed each other out of terrible situations. Playing their respective sides, yet also, helping each other when they’re down.

But when the Anti-Christ is finally born and ready, threatening the Earth by possibly beginning the final war between Heaven and Hell, both best friends realize they rather like it there. Crowley, for its many stylings, music, and tastes over the years, and Aziraphale, who’s made a quaint life for himself as a bookkeeper, one with a large gourmand level taste for food.

Together, they realize if they equally raise the child both good and evil, it inherently would cancel it each other making the child completely neutral? Or so they think… until they realize years ago that it’s the wrong baby they’ve been treating as the Anti-Christ.

Now, the two have mere days until the end of the world, and must figure out how to stop it, where the Anti-Christ is, and what’s this deal with this giant book of prophecies?

There are so many memorable characters in this series it would be a disservice not to do the rundown on them. Especially Aziraphale and Crowley, whose best friendship is very much the heart of this series. Even going so far as having a unique 28 minute cold open at the begging of episode 3 which showcases their friendship all throughout time. 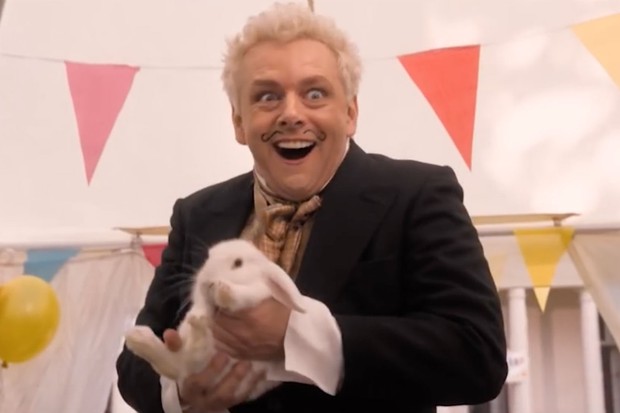 Aziraphale (Michael Sheen): Is the flaming sword angel wielding Angel who guarded the eastern gate in Eden — at least he was for a time. Since then, he’s gone onto watch over humanity at a distance, keeping tabs on things for Heaven, including Crawley. He’s a fan of good food and finer tastes, though has a somewhat corny and often hilarious sense of style. Though it’s all, much like himself, very good natured, but is still susceptible to secrets himself. He owns an antiquarian bookstore with original classics — including various books on prophecies throughout time. 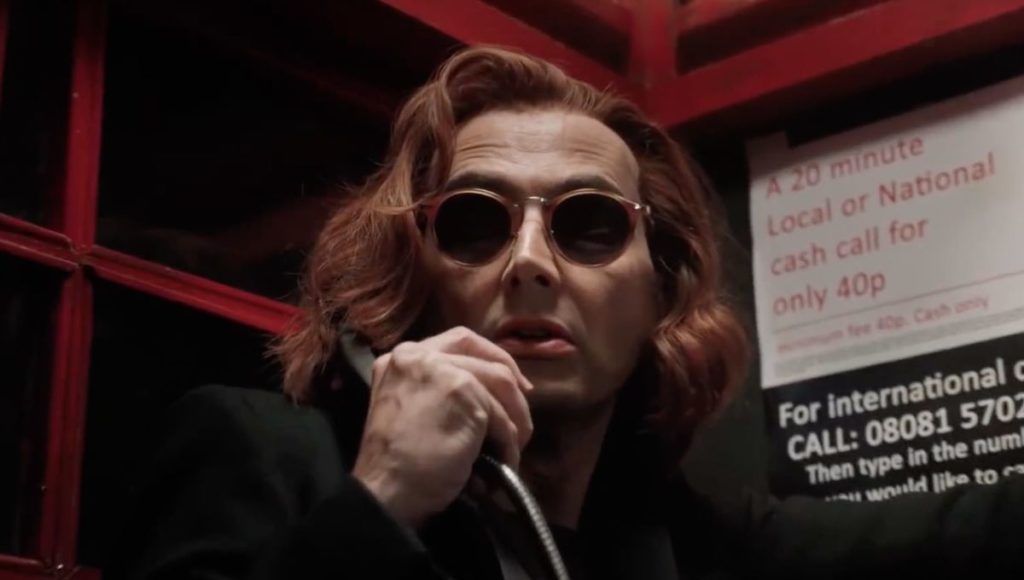 Crawley (David Tennant): Is the demon who tempted Eve with the apple in Eden. He represents a lot of moments of evil temptation throughout history, though has learned to take a backseat over time as he’s realized the existence of both him and Aziraphale at the same location, can often neutralize each other’s good/evil biddings. As such, Crawley has grown to enjoy the more vibrant things in life. He’s celebrated in hell for false reasons, as much of it is deeds humanity had done to themselves. Likewise, he’s responsible for bringing the Anti-Christ to a diplomat’s family (reference to The Omen), and subsequently, doesn’t do a thorough enough check to realize they misplaced the baby. That said, as you’ll see during the series Crawley is more accepting of the neutral nature of good and evil. He’s seen doing a lot more good than we give credit. 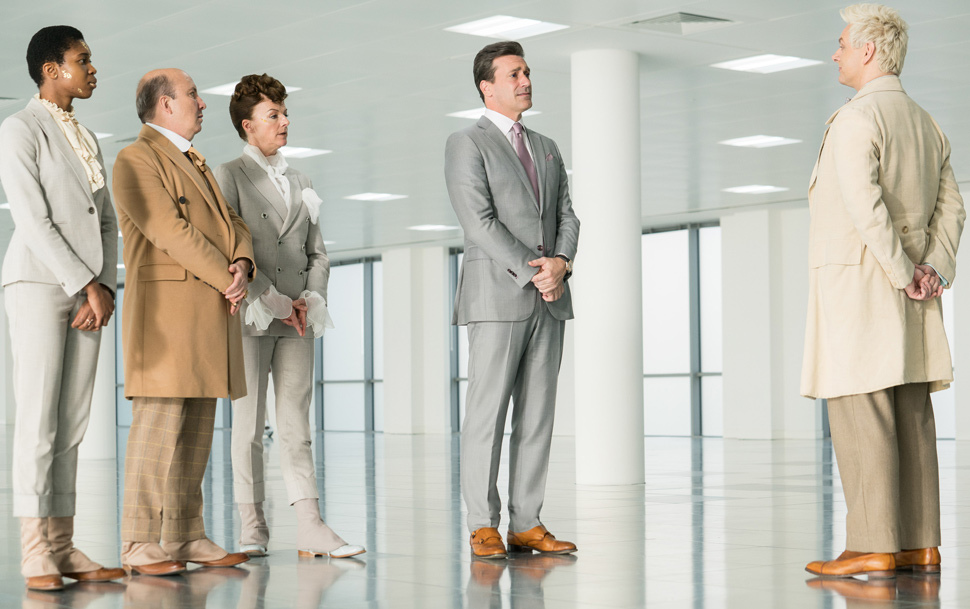 Gabriel (Jon Hamm): Plays the Angel Gabriel, one whose sole focus is on letting the apocalypse happen so that Heaven can wage its war. He’s meant to be a single-focused leader, who doesn’t recognize his own ignorance quite often. He represents the authority of Heaven in the series, whose organization has shown that it’s less interested in humanity and more interested in winning the war. 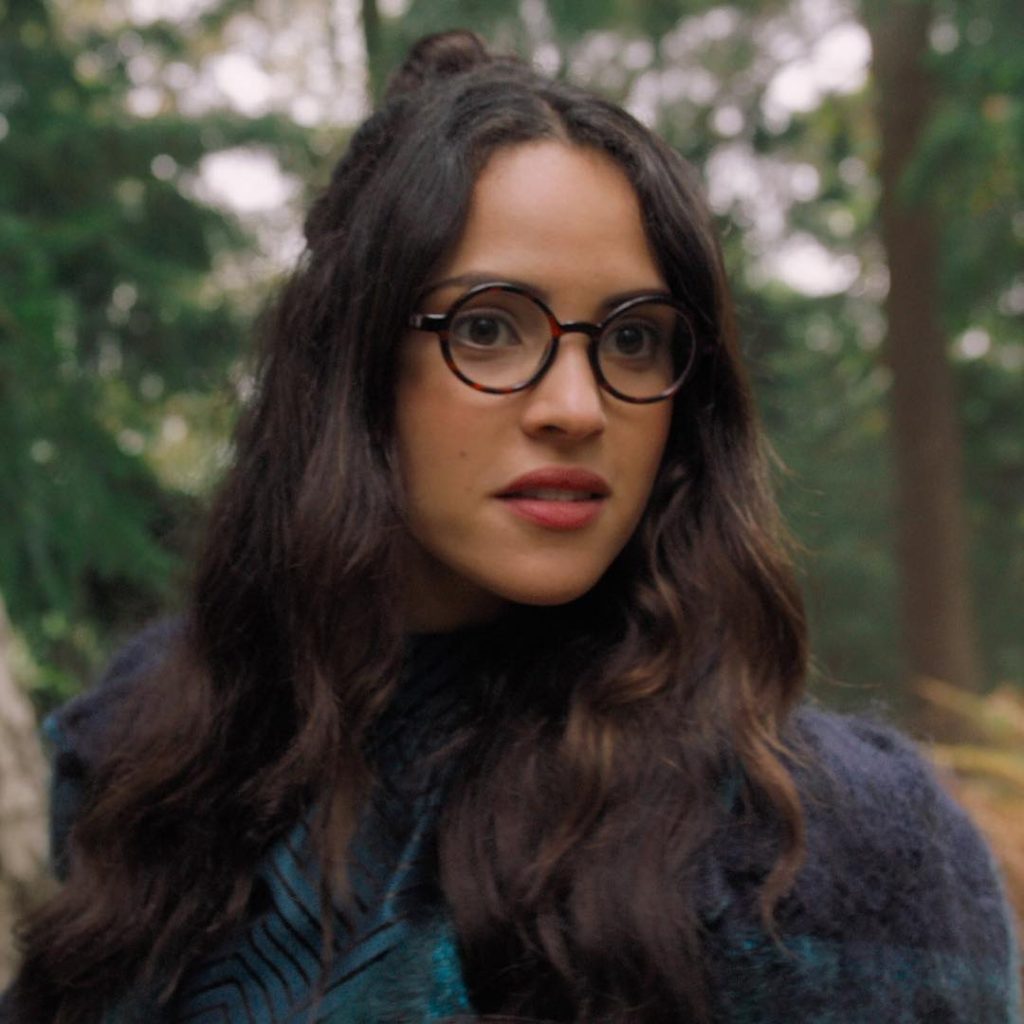 Anathema Device (Adria Arjona): Plays the last descendant of Agnes Nutter, a witch whose long book of prophecies has proven to be 100% accurate. Much like her family, she’s lived her entire life following and interpreting the extensive book, which has led to a large fortune of wealth and prosperity for her family. Anathema is special, not only is she extremely brilliant and talented, but she’s also the generational witch amongst the Nutter family who can possibly prevent the apocalypse. Whether through fortune, blessings, or hilarious circumstance, she accidentally bumps into Aziraphale and Crawley and tries to do her best to prevent the end of the world. Though it’s difficult for her to break away from following the book’s destinies. 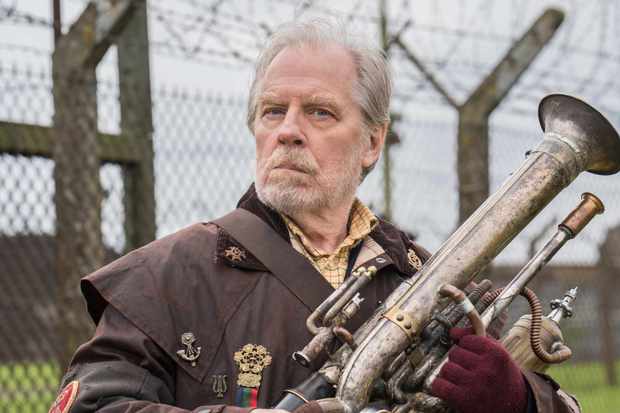 Witchfinder Sgt. Shadwell (Michael McKean): Is the last officer of the Witchfinder army. He’s Scottish, dirt poor, a bit eccentric, and very possibly: utterly mad. He’s also, unknowingly to Aziraphale and Crowley, their only actual human agent assisting the celestial duo — unceremoniously representing both sides of Good and Evil. His major story is the recruitment of Newton Pulsifer, the same witchhunter who burnt Agnes Nutter at the stake. 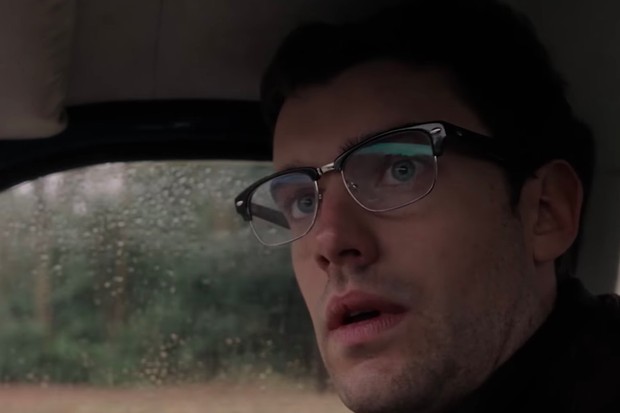 Newton Pulsifer (Jack Whitehall): Is the descendant of a family of witch hunters who for some reason, has terrible luck. He’s originally an engineer but one who can’t seem to hold a job, and so struggling to find himself, ends up shortly recruited into the Witchfinder army and finds himself soon working with Anathema. 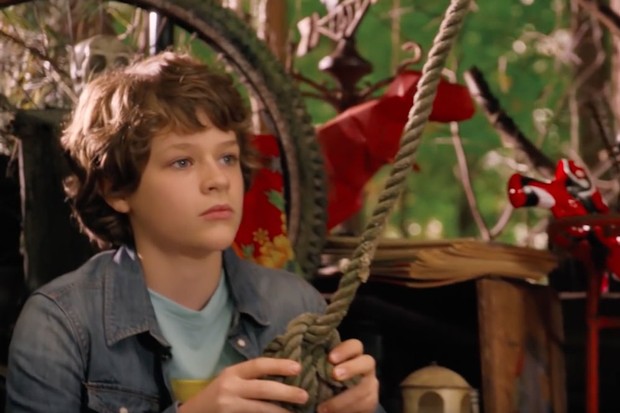 Adam Young (Sam Taylor Buck): The misplaced anti-christ who finds himself at the center of this story. He’s not a bad or good person, though is finding his powers manifesting.

The Voice of God (Frances McDormand): Serves as the voice of God and narrator.

It’s best to go into this series knowing that it’s not meant to be taken too seriously. Instead, what you get is a story about people who are supposed to be serious and have their goals and lives together — yet, shortly realize; nothing is what it’s supposed to be.

There are jokes everywhere. From Crawley and Aziraphale’s relationship over the years, to unbelievably cunning wardrobes, to impossible reality shifting Anti-Christ wish fulfillment, and most importantly: character-driven accidents and ignorance. Which happens a lot in serious, yet often in hilarious fashion.

What’s meant to happen almost never happens in this series. Yet, the story finds accidental wit and cunning coming from the littlest places, from people of least expectance or experience. The grand scheme of God’s divine plan… is sort of ineffable yet also contrarian — but all the sillier.

How ‘The Hitchhiker’s Guide to the Galaxy’ was for this story is very much how ‘Good Omens’ treats its parodies about the end of the world. Presenting Heaven and Hell are opposites sides of a coin, whose bureaucracies and policies often find itself rather contradictory. Organizations whose single-mindedness about bringing on the end of the world — often comes with a somewhat disregard for its human denizens on the Earth. Which is why Crowley and Aziraphale are so refreshing, as they care because they’ve very much become part of humanity.

This is an excellent series with little-to-nothing to complain about. There isn’t much to say except that if you enjoyed the book, Neil Gaiman, Doctor Who, or any of the cast of characters — you’ll probably love this series. A second review will be released covering the series filled with spoilers, along with a podcast of episodes 4-6.

You can watch ‘Good Omens’ streaming on Amazon Video

@theworkprint
Follow
Previous article‘Cobra Kai’ review: ‘Lull’
Next articleTolkien: One Biopic to Fool Them All