I was lucky enough to talk my way into demoing both Rise of the Tomb Raider and Mirror’s Edge: Catalyst at PAX Prime 2015 and I have to say, we should all be incredibly excited for these two games.

If you’re like me and loved Square Enix and Crystal Dynamic’s Tomb Raider reboot, it looks as though Rise of the Tomb Raider will continue to sate that action-packed addiction. Much of the demo consisted of moving forward, listening to Lara narrate her journey through the Syrian desert after being (shockingly) betrayed. There was one linear tomb to explore, but for the most part the demo was chock-full of cinematic events. And that’s okay because it’s those quieter moments that give Lara her depth, especially with the phenomenal voice acting by Camilla Luddington. Besides, the world is absolutely stunning, so I don’t mind taking a few extra moments immersing myself in the landscape while looking for relics or making use of her new skill, learning Greek. 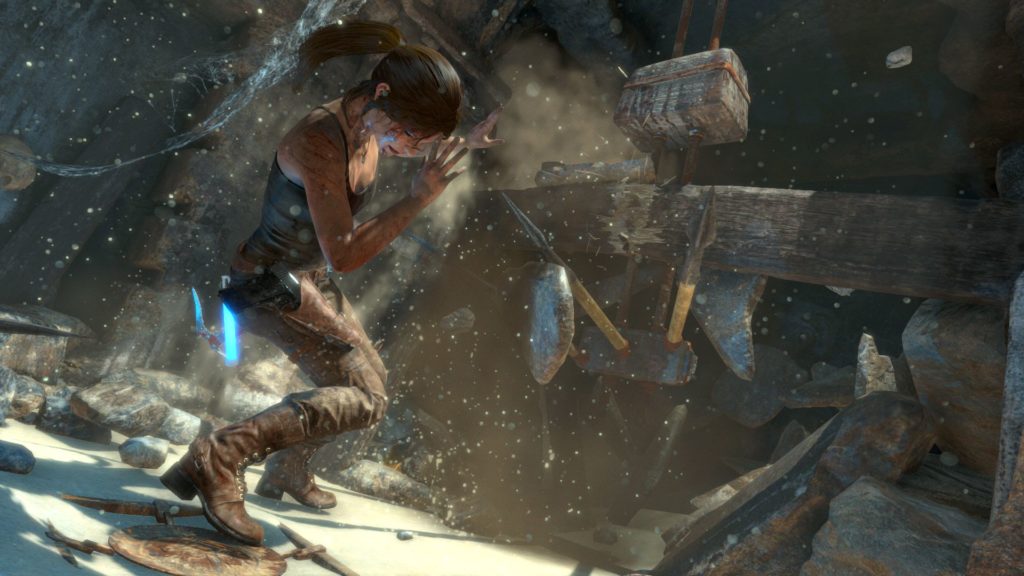 But don’t think the game is all a history lesson. Lara still gets her fair share of abuse with walls crumbling on top of her and even a fall reminiscent of the gruesome metal-spike-through-abdomen fall from the 2013 reboot. As you traverse the tomb and it’s treacherous outsides, Trinity goons are quick on Lara’s heels, eventually ending in a shortened fight where Lara gets to make full use of those iconic dual pistols. I have to say, I found myself missing Lara’s bow, but judging by Game Informer’s post on the subject, I don’t have anything to worry about when it comes to gear; Lara will have plenty of it.

If I had one complaint about the demo it would be the lack of puzzles. Fans criticized the ease with which gamers could finish the original’s tombs and the most challenging part of the demo was realizing I could use my gun to shoot down a wood pallet to then climb on it and move forward. I’m sure this has more to do with giving fans a quick glimpse while not holding up already lengthy demo lines or because they didn’t want to spoil any of the main story, but I hope this isn’t a trend that persists into the main game. All in all, Rise of the Tomb Raider was heavily reminiscent of the original, not changing too much of the gameplay but it’s the story that should hopefully prove to be innovative in the franchise. 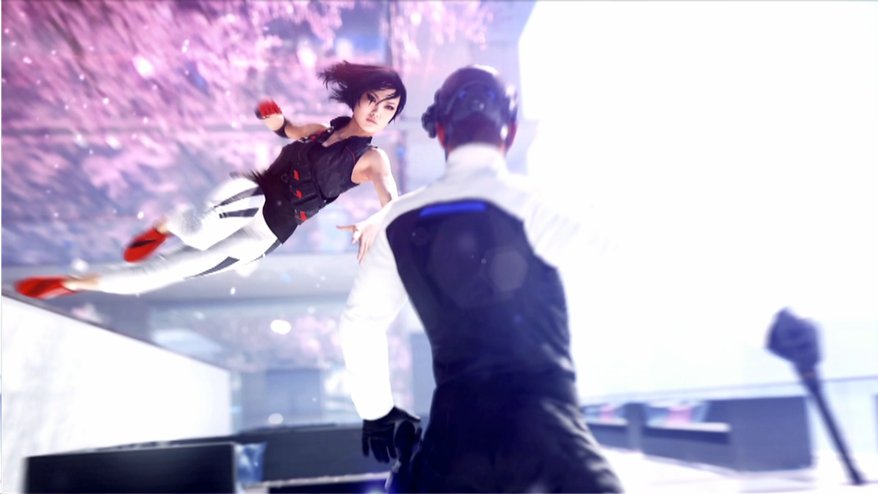 EA’s Mirror’s Edge: Catalyst similarly streamlined their demo process, giving fans about seven minutes to taste the new open world gameplay, exploring the large city of Glass with wide eyes. Faith Connors has just been released from prison and in her usual gruff fashion, she tells the guard to shove it, she can handle things on her own. Another runner from her group meets Faith just outside the prison door to remove the tracking device put in her by the police and then to give her a fancier device to contact their Orwellian leader, Noah.

If you’ve played the 2008 version of Mirror’s Edge, then Catalyst should feel similar to you. Game creators have said that Catalyst isn’t a prequel or reboot, but it does have that reboot feel to it when you play, especially given the game’s changes. Now with an open world similar to Assassin’s Creed, you get to choose your mission (the demo offered a race, billboard hacking, and an information drop) while still following along with the main story. Climbing buildings is easy enough, just follow the red markers and building parts to your destination and should turn out to be a fun, fluid first-person POV ride.

I’m a fan of removing the guns from the original Mirror’s Edge and relying more on Faith’s speed and climbing ability to fight. Combat felt more fluid and it was fun to fly across buildings at top speed and then tackle a police officer to the ground without losing acceleration. Mirror’s Edge definitely felt less polished than some of the other AAA games I had the chance to play at PAX, but that doesn’t take away how fun it was.

The best part to both of these games wasn’t just the continuation of excellent gameplay, but the impression both games made on the young girls at PAX. While I waited to try my hand at Catalyst, there was a set of preteen twin girls playing through Catalyst at the same time. Their excitement over being able to climb, fight, and play as a girl just like them was palpable and it made me all the more excited to give Catalyst a go. Girl power, y’all.