Video games based on movies and television shows can be a very tricky thing. Sometimes they can surprise you and be better than the source material, but more often than not it turns into a quick cash-grab with little depth and full of bugs and glitches. So where does Gemini: Heroes Reborn fall? Surprisingly, somewhere in the middle.

Gemini: Heroes Reborn is based on the rebirth of Heroes on NBC (which sadly won’t see another season). While many fell off the Heroes bandwagon long ago, I have always had a soft spot in my heart for the series, and looked forward to checking out a game based on the lore. Sadly, most of the Heroes Reborn references are only small nods to certain names and locations, while others are just completely shoe-horned into the experience, such as the hidden collectibles strewn throughout the levels. If you’re looking for a way to dig deeper into the universe the show has created, this may not be the best avenue. 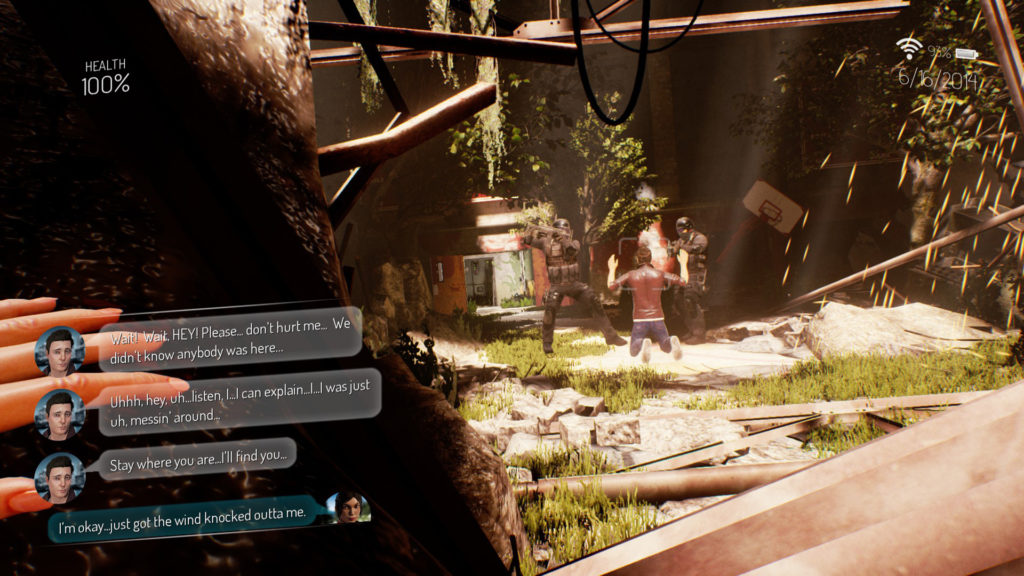 The story revolves around Cassandra and her friend Alex. Gemini opens with the two searching through the rubble of an old Renautas building trying to find information on Cassandra’s parents, but things quickly go sour and Alex is kidnapped. While the story is somewhat generic, the horrendous voice acting, outside of a few characters, only makes it worse. When a character’s voice acting stands out because its good you know you have a problem.

The gameplay itself is serviceable, but nothing we haven’t already seen before. The best way to describe Gemini: Heroes Reborn is a mix of Mirrors Edge and Bioshock, which may sound awesome, however those games did it much better. As you parkour through the world, you use your telepathy and time travel abilities to solve puzzles and fight enemies. While Gemini will try to push you toward a stealthier approach, most combat scenarios just boil down to you telepathically throwing everything you can find at an enemy, slowing down time to run behind them before they can attack, and repeating until the room is clear. I must mention that the rag doll effects on the enemies is ripped straight from the early 2000’s, and often takes you out of the experience (in the most hilarious way possible).

As the game progresses Cassandra learns of her new Evo power, time travel. I don’t want to give too much away, since it would spoil the plot for those interested, but Cassandra’s time travel ability is fixed between two distinct points in time. Her telepathy ability on the other hand is found in a lab, as she injects herself with an unknown serum marked “telepathy” (like I said, the story won’t be winning any  awards). 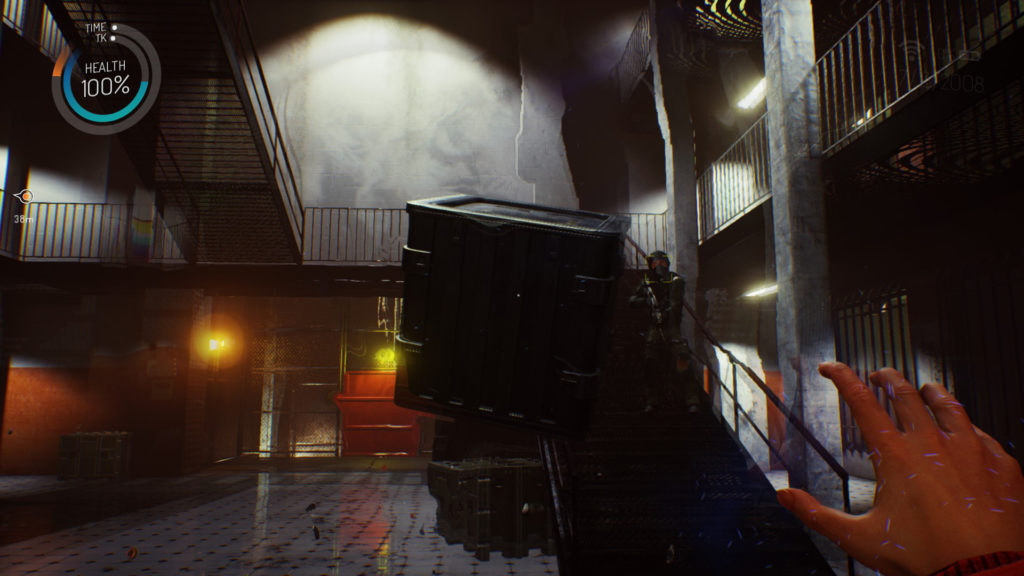 The way you unlock new abilities and progress through Gemini is somewhat sporadic. There is no leveling up or skill trees, but as you open new chapters, a text box pop-up will inform you Cassandra’s powers have somehow increased and now you can do “x,y,z”. There is no feeling of accomplishment.

Of course Gemini: Heroes Reborn isn’t all mediocrity. The graphics look good, and some of the puzzles often had me stumped throughout my play through. I didn’t run into any bugs, which is worth a mention in a game based on a television series, and it moved along at a brisk pace. That however is where the praises end.

There is nothing inherently wrong with Gemini, it just suffers from being average. The gameplay is fine, the nods to the show will make you smile, and the puzzles are an interesting change of pace from the combat, but it doesn’t do anything special that would pull in those uninitiated with the show. Gemini: Heroes Reborn a game only the die-hard Heroes fans should seek out.

‘Gemini: Heroes Reborn’ is available on PC, Xbox One, and PlayStation 4.