Spoilers through Game of Thrones 7×06: “Beyond the Wall”

Who is that dude wielding the flaming sword and what does he bring to the Game Of Thrones table? Let’s theorize.

In a series that seems to kill off characters like flies, Beric Dondarrion is a man who has been resurrected six times in the Game of Thrones universe. Six times. Reviving Jon Snow, the hero of Ice and Fire, seemed almost unheard of in the world of Thrones, so what knowledge must Beric hold that deems him so important to be kept alive?

For starters, let’s open with Beric’s backstory to get a feel for the one-eyed Brotherhood Without Banners member. Before his encounter with Thoros of Myr, Beric was a knight pledged to serve House Baratheon. Back in season one, when the Mountain goes on a pillaging tirade in the Riverlands, Ned Stark sends Beric with one hundred men to stop the brute. Unfortunately, Beric is unsuccessful in his attempt and he’s slain by the Hound’s larger, angrier brother.

Luckily for Beric, he is resurrected by Thoros of Myr, a red priest who served King Robert. Thoros was known more for parlor tricks than actual miracles for much of his life. He used his “flaming sword” as a means to scare off enemies rather than engage in combat. Only when his close friend, Beric, fell in battle did he exhibit any connection to the Lord of Light, and he prayed and prayed until finally, the Lord of Light deemed Beric necessary for survival.

Together Beric and Thoros form the Brotherhood Without Banners, a group of mercenary men who patrol the Riverlands, trying to keep its smallfolk safe from the catastrophic dangers of war. Beric dies five more times after that first death, and each time Thoros prays to the Lord of Light to return his friend–and the Lord acquiesces.

And in some ways, Beric served as a precursor to Jon Snow’s resurrection. When Melisandre calls on the Lord of Light, she does so knowing that Thoros had already done so before her, that a miracle was capable. Beric was proof that not just Jon was important to the Lord of Light and set the precedence of true magic in Westeros. 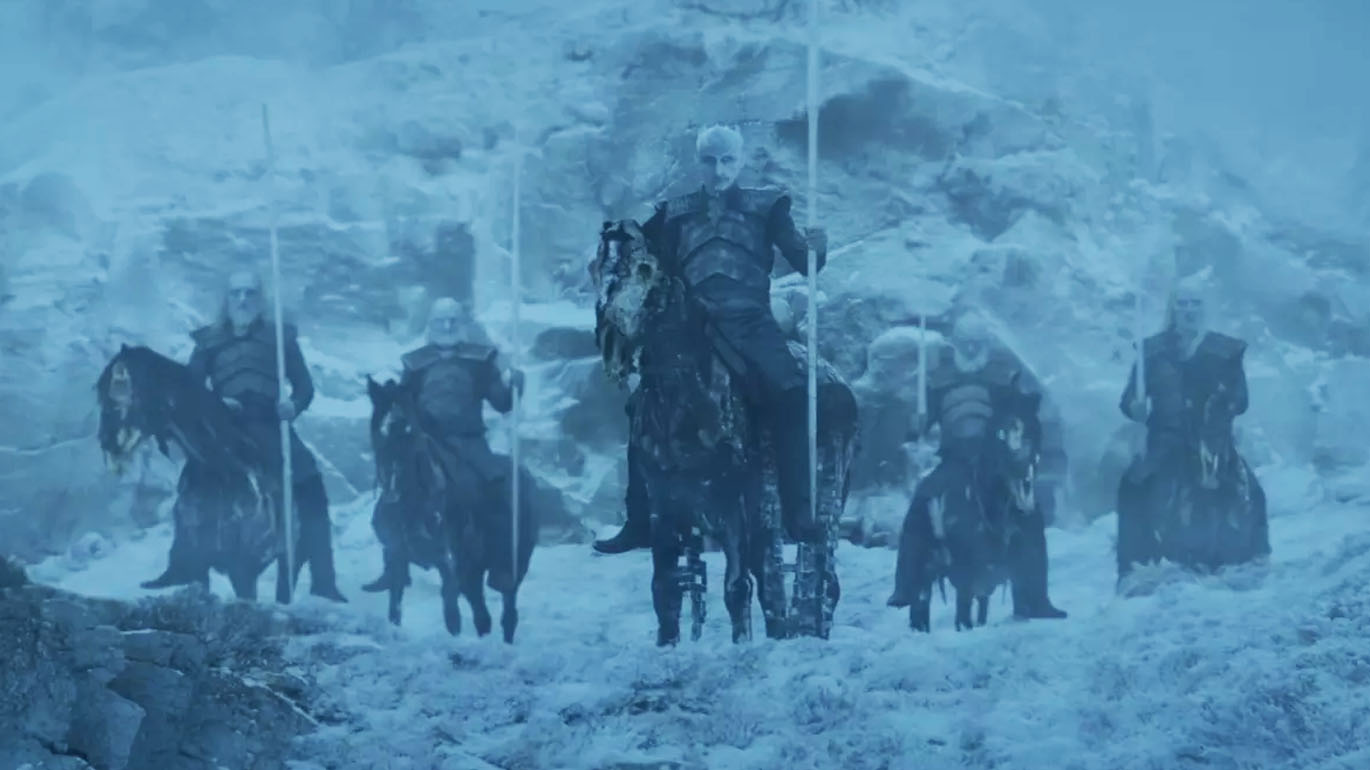 Thoros of Myr and the White Walkers

In “Beyond the Wall”, Jon Snow et al learn that wights, the reanimated corpses beyond the wall, are tethered magically to those who resurrect them. When Jon kills a White Walker, all of the wights that Walker was responsible for reviving, fell dead. This is an important detail not just for those fighting the undead army, since now their focus will be on the leaders and not the foot soldiers, but also for those who have also been revived by magic: namely, Jon and Beric.

When Thoros of Myr dies, so goes any chance Beric has of being revived a seventh time. However, unlike the wights and their Walkers, Beric didn’t die along with Thoros. The Lord of Light’s magic is different than that of the Night King. It’s possible it has something to do with the personal nature of resurrection in R’hllor. When Beric died the first time, Thoros recalls the moment:

“I knelt beside his cold body, and said the old words. Not because I believed in them, but… he was my friend. And he was dead. And they were the only words I knew. And for the first time in my life, the Lord replied. Beric’s eyes opened. And I knew the truth: our God is the one true God… and all men must serve Him.”

And during Jon’s resurrection, it is only once Melisandre has lost all hope, all faith, that Jon comes back to life. Melisandre, like Thoros, has misunderstood most of the teaching of the Lord of Light. While she wasn’t a drunkard like Thoros, she did rely on darker parlor, like the shadow babies, to extract loyalty from men like Stannis Baratheon. Reviving Jon was Melisandre’s one true act as a red priestess and she was only able to do so once she hit rock bottom.

We’ve seen in episodes like “Hardhome” and in “Beyond the Wall” that resurrection is not so personal for White Walkers. Outside of the creation of White Walkers, a ritual we witnessed happening to one of Crastor’s sons in season four, episode four “Oathkeeper.” It is unknown about the bond between the Night King and his White Walkers, but since they were living when they were turned, their fate is unknown and not as relevant to this discussion.

What about Beric and his Purpose?

In the books (spoilers), Beric dies six times but his seventh death is one he chose for himself. He finds the rotting corpse of Catelyn Stark after the Red Wedding and chooses to give up his life force so that she may be resurrected. Of course, the show and the books divulge significantly and Lady Stoneheart never makes an appearance on the HBO series. However, that seventh and final death may be a similar one for Beric.

With Thoros dying in “Beyond the Wall”, Beric is more aware of his mortality than ever. He knows that his days as a servant to the Lord of Light are numbered. It seems likely that Beric will echo his book counterpart’s actions and give up his life to save another. Who would be so important that he’d die to save? The most likely answer is Jon Snow. The right proper lad has already died once trying to save the realm and he’s the most careless leader when it comes to his own life, so he’s the prime suspect. Beric would easily recognize that his life and importance pales when compared to Jon Snow, especially in the war against the Night King. 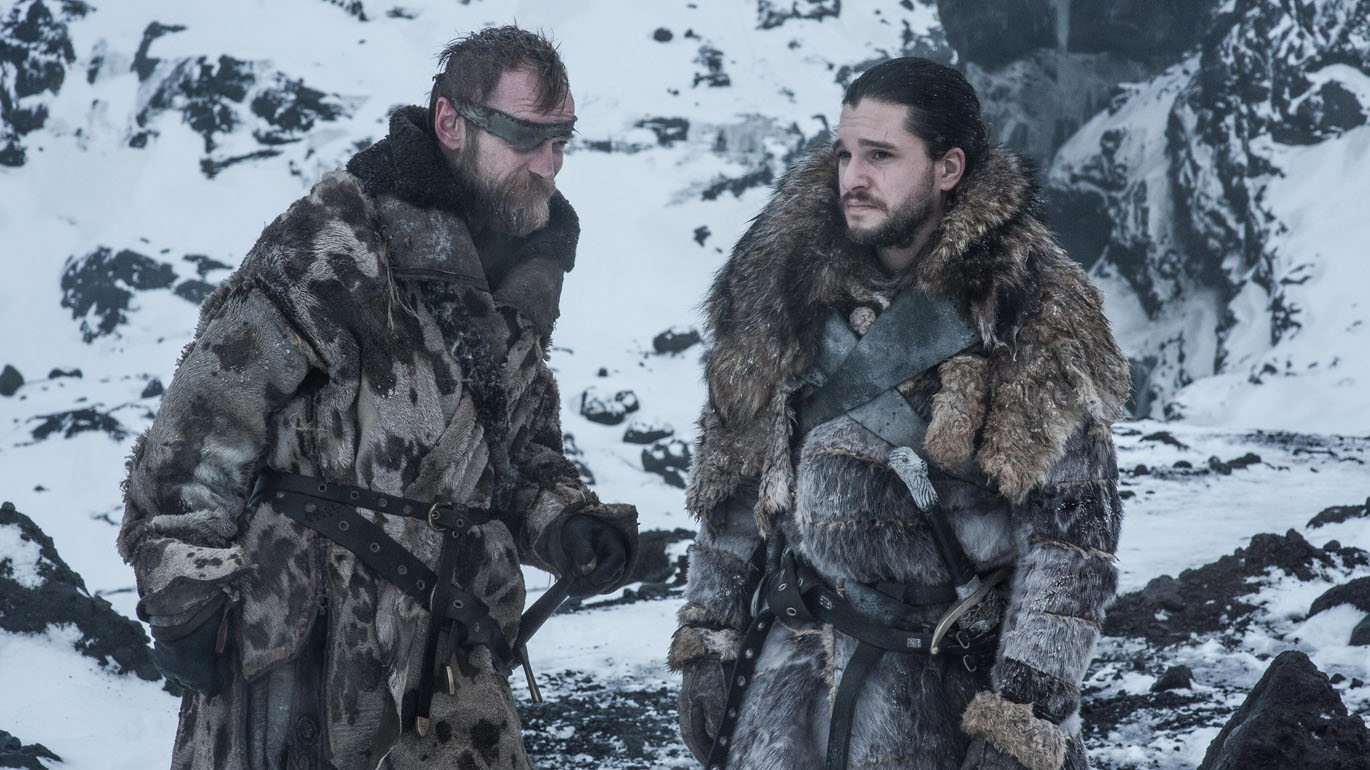 What Does This Mean for Jon Snow?

George R. R. Martin has always stated that he wished the books to be more grounded than most fantasy novels. Sometimes heroes die, as certainly is the case in the Game of Thrones realm. Martin has stated before that while the series won’t have a “happy” ending, it will be bittersweet.

Since we’ve learned the truth about Jon’s parentage, it seems all but certain that the Song of Ice and Fire is a story that tells the tale of Jon Snow. This is his song and since songs don’t play forever, I believe the series will end with the Lord of Light making good on his “favors” and taking Jon from the world, but only after he has defended it from the onslaught by the White Walkers.

Perhaps it will be Beric who tells Jon of his fate. Perhaps after his death Jon already knew the truth of it, that one day he would return to darkness after having saved mankind from the Long Winter. Perhaps this is why he is so reckless with his own life, because he knows now that either way, his life is forfeit. Perhaps Jon’s purpose, and Beric’s along with him, was to bring safety and stability to the realm, even if neither of them are meant to see the fruits of their labor.

What do you think Beric’s purpose is? Do you think he is tied to Jon Snow’s fate and the fate of Westeros? Let us know in the comments.