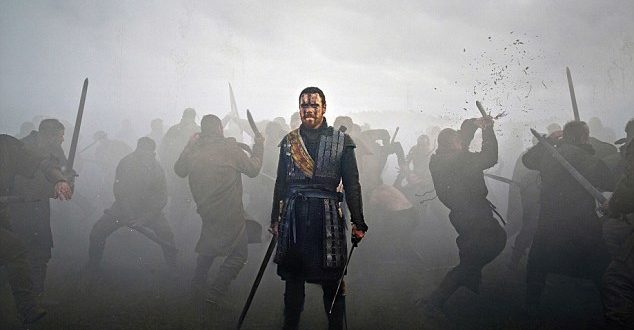 Michael Fassbender and Marion Cotillard make a dangerous yet fascinating pair as Macbeth and Lady Macbeth in Julian Kurzel’s upcoming film based on the tragic William Shakespeare play.

The trailer is intense and eerie but it beautifully depicts the natural landscapes of Wales where Macbeth was mostly filmed.

From the Academy Award winning producers of The King’s Speech and acclaimed director Justin Kurzel, comes a visceral and visually breath-taking retelling of the classic tale about an ambitious Scottish lord who seizes the throne with the help of his wife. Starring Academy Award nominee Michael Fassbender and Academy Award winner Marion Cotillard, MACBETH is an epic cinematic experience.

The film also stars David Thewlis, Elizabeth Debicki, Jack Reynor, Sean Harris, and Paddy Considine. It will be released in the U.K. October 2 and in the U.S. sometime during the fall.

What did you think of the trailer? I think it may be time for me to dust off that very large volume of Shakespeare’s tragedies sitting on my bookshelf.

Nicole is the Features Editor for The Workprint. She may or may not be addicted to coffee, audiobooks, and sci-fi.
@niixc
Previous ‘Pretty Little Liars’ Recap: Burn Baby Burn, Creepy Inferno
Next TeenNick Announces the End of ‘Degrassi’