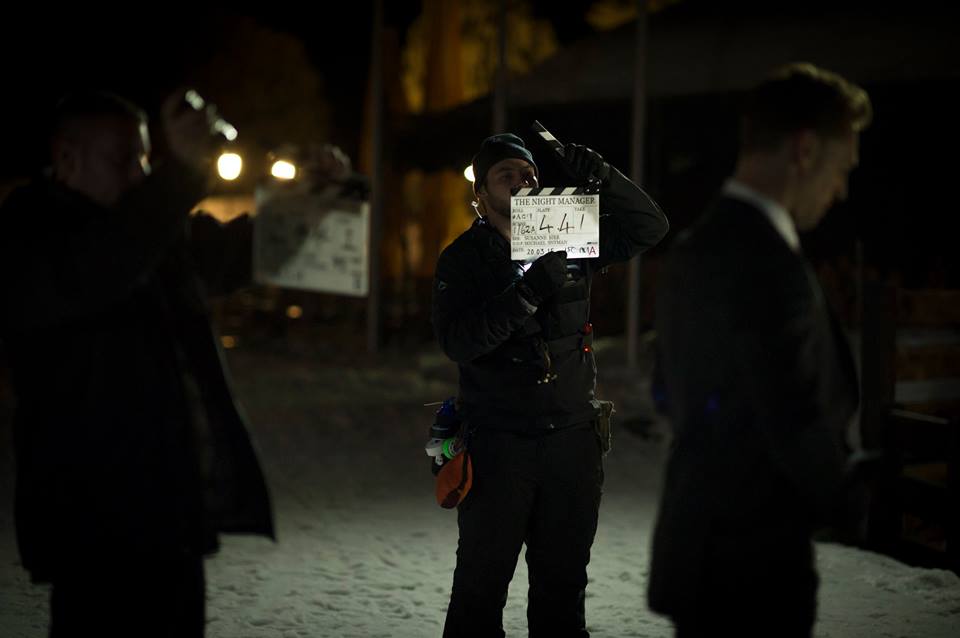 The actor himself posted a behind the scenes look via Twitter on March 21st:

Filming is currently underway on the adaptation of the espionage novel that co-stars Hugh Laurie. AMC will air the series in the United States with an expected 2016 broadcast. The series also features Olivia Colman, Tom Hollander and Elizabeth Debicki.