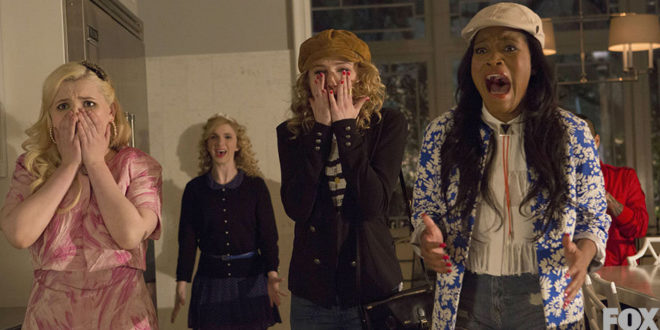 Award-winning executive producers Ryan Murphy (GLEE, “American Horror Story”), Brad Falchuk (GLEE, “American Horror Story”) and Ian Brennan (GLEE) meld comedy, mystery and horror in SCREAM QUEENS. All hell is about to break loose for the Kappa House sisters of Wallace University when a murder takes place, exactly 20 years after a mysterious death originally rocked their college campus. The super-charged anthology series is a modern take on the classic whodunit with a killer cast, including Emma Roberts (“American Horror Story: Freak Show,” “Scream 4”), Jamie Lee Curtis (“Halloween,” “A Fish Called Wanda,” “True Lies”), Lea Michele (GLEE), Oliver Hudson (“Nashville,” “Rules of Engagement”), Keke Palmer (“Akeela and the Bee,” “Masters of Sex”) and guest stars Ariana Grande and Nick Jonas (“Kingdom”), among others. With at least one casualty each week until the mystery is solved, anyone could be the next victim – or the murderer.

Nicole is the Features Editor for The Workprint. She may or may not be addicted to coffee, audiobooks, and sci-fi.
@niixc
Previous A Look Back – Mad Max 2: The Road Warrior (1981)
Next The CW Releases ‘Legends of Tomorrow,’ ‘Containment,’ ‘Crazy Ex-Girlfriend’ Trailers 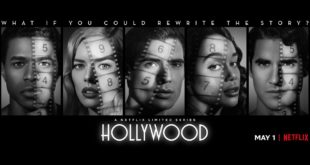 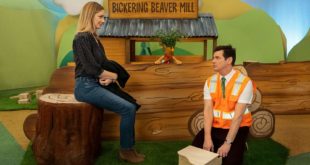 So here we are. The first episode of the 31st season of Puppet Time. How …