Does Dead Mean Dead on Game of Thrones?

Does dead mean dead on Game of Thrones? The Workprint’s Jen Stayrook digs into what death means in Westeros.

Game of Thrones has been absolutely bananas this season with killing off characters. Clearly they must be making salary cap space for next season because even book readers have been appalled by the massacre wrought by showrunners David Benioff and D.B. Weiss. We were told at the beginning of the season that things would get brutal in George R. R. Martin’s fantasy world and I, like many book readers, held my head high. I had survived the Red Wedding. I had read all of the books and the new chapters of The Winds of Winter. Surely, I was safe. I have already suffered; surely the show could not compare to what I had seen. Alas, I am a sweet summer child and I know nothing.

That’s the thing about being a Game of Thrones fan; no one is safe. The moment Ned Stark lost his head, fans the world over realized this wasn’t your average fantasy tale. Things were about to get real. That being said, there have been enough characters who have escaped death to question whether or not a certain main character may yet live. Not long ago, Thrones‘ author said in an EW interview: “If there’s one thing we know in A Song of Ice and Fire is that death is not necessarily permanent.”

And Martin is right. In the world of Game of Thrones, we’ve learned that someone is not dead until we have watched them die in painful, gruesome fashion. Think of all of the main character deaths we’ve seen thus far: Ned, Khal Drogo, Robb, Catelyn, Joffrey, Oberyn, Ygritte, Tywin, Ser Barristan, Shireen, the list goes on and on and on. There’s a saying among book readers that “Someone is not truly dead until we’ve seen it.” And that’s certainly true in Martin’s novels. There are several instances in the books of “fake” deaths. Davos, Bran, Rickon, Theon, and Arya all have moments when readers thought they were dead, only to find that somehow they had managed to survive. In the show, however, such fake outs haven’t really occurred. With the exception of Stannis in the most recent episode, we haven’t seen a “fade to black” death. (Which means Stannis could also be alive.) 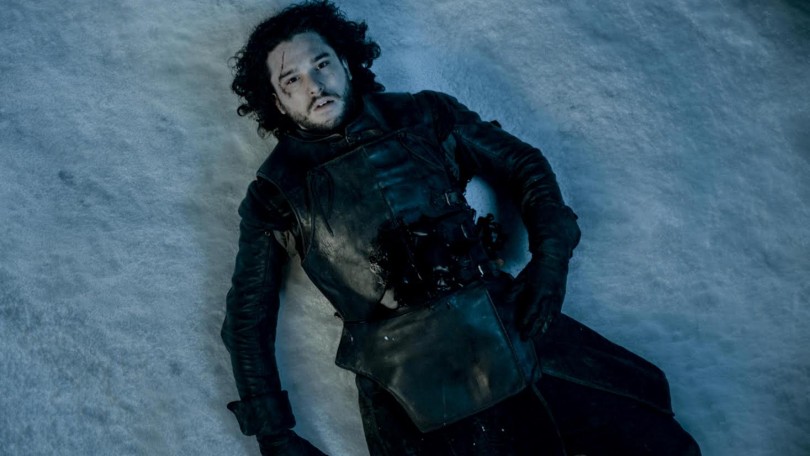 How then, could our new favorite Lord Commander of the Night’s Watch still yet live? We saw him stabbed repeatedly by his brothers of the Night’s Watch, once in the heart, and then bleed out slowly over the snow as the life drained from his puppy dog eyes.

The coincidence is not lost on many fans that Melisandre happened to arrive at Castle Black just before Jon’s stabbing. Red Priests, like Melisandre and Thoros of Myr, are capable of bringing someone back from the dead through prayers, as Thoros had done several times with Beric Dondarrion. Moreover, as we saw just last night in the season five finale, necromancy is a magic used in Westeros. Qyburn brings Gregor Clegane back to life as the new Kingsguard, Ser Robert Strong. And finally, there’s the issue of warging. Warging isn’t heavily covered in the show, but we have precedence of a person warging just before death. Orell, the wildling who traveled with Jon and Ygritte was a warg and after Jon kills him in his escape, Orell wargs into his eagle, dive-bombing Snow, clawing at his face. 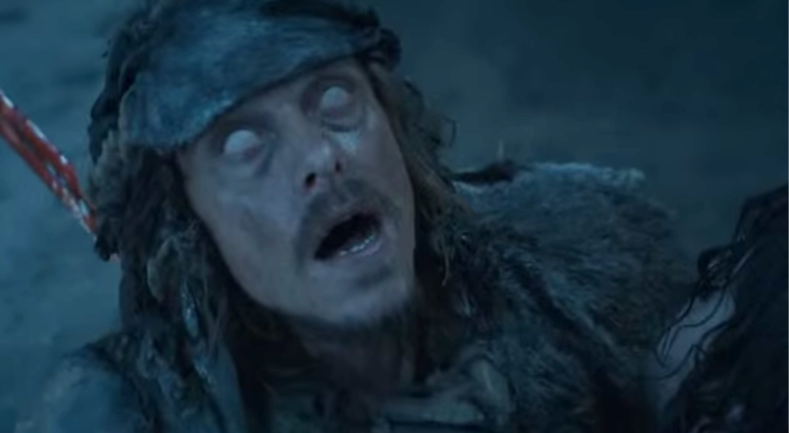 The prevailing theory for Jon Snow’s resurrection is that Melisandre will use her connection with the Lord of Light to bring Jon back. Thoros of Myr brought Berric back from much worse, so a few vicious stab wounds should be a piece of cake for the Red Woman. For comparison’s sake, here’s what Berric has “survived” through:

Of course, we also know that Ghost is still at Castle Black since he so conveniently rescued Sam and Gilly from other diabolical members of the Night’s Watch. Even though we don’t see the telltale white eyes of warging in Jon, there is a possibility of seeing such early on in season six. Worst case scenario, Jon dies and joins the army of the White Walkers, reuniting with the awesome Karsi in the process.

There’s a recent EW interview with Kit Harington in which the actors proclaims that “Jon is dead.” As much as I hated Jon in the beginning, I cannot believe this to be true. We spent five years following Jon as he grew into a hero and if that was all for naught, no matter how rooted in reality we want Game of Thrones to be, it is still a story with a purpose. He can’t be dead. Call it denial, insanity, misplaced hope, whatever, but Harington is an actor, an actor who wants to sell his abilities. Completely dismissing his death with rumors of survival would ruin his final scene.

Besides, Harington has done the whole, “I don’t even know if I’m still alive” bit before. In an interview with Extra, the actor said, “If they keep killing characters at this rate… you’re going to have to have a whole new cast… that’s the funny thing isn’t it… because we’re going back for Season 5… I can’t even tell you if I’m in Season 5.”

I suspect keeping Harington’s appearance on the set a secret will prove a fruitless task. He’s much too big of a name to hide, so in a few month’s time we’ll get our answer about whether or not Jon Snow is really gone from Westeros. Until then, what is dead may never die, but rises again harder and stronger. 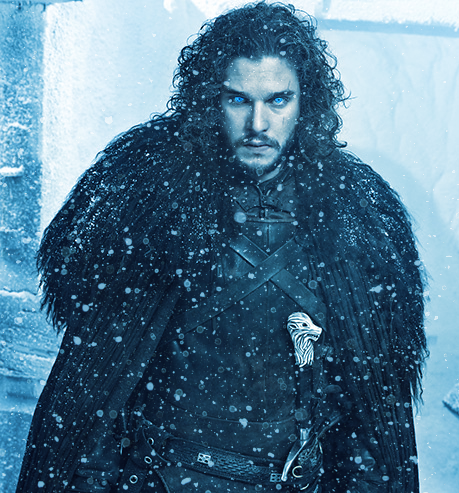