Doctor Who Lands His TARDIS in Lego Dimensions

Coming out of San Diego Comic Con, Warner Bros has announced that Doctor Who will be joining Lego Dimensions. He is jumping in to a star filled cast that already includes Back to the Future, Lord of the Rings, The Simpsons, and many more! The game will feature the voices from the current cast of Doctor Who, which includes Peter Capaldi, Jenna Coleman and Michelle Gomez.

Not a fan of the 12th Doctor? That’s okay, the game will feature the likeness of every past Doctor from the popular series. However, all voice acting will be handled by Peter Capaldi. 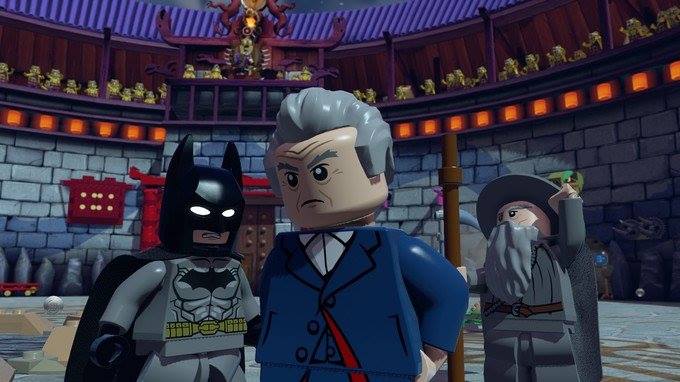 WB has thrown in some great easter eggs for Who fans as well. If you die while playing as the 12th Doctor, you will appear as the first Doctor and slowly regenerate your way back. Also, depending on which Doctor you choose, the theme music will change and the TARDIS will adjust to feature the design for that Doctor. The little details like this leave me very impressive!

Doctor Who will have his own level in the Lego Dimensions Starter Pack, but if you desire more Who content, you will be able to purchase the Doctor Who Level Pack. In addition to a new level, this pack will also include a minifigure of Peter Capaldi’s Doctor, and Lego models of the TARDIS and the Doctors faithful robot companion K-9. I think a Lego version of the TARDIS alone is worth the price of admission!

So will you be joining the Doctor on this Universe Colliding adventure? Or do you feel the “Toys to Life” games are past their prime? Let us know in the comments below!