A story of complicated relationships, indelible memories, and unfulfilled potential

Produced in 2020, Definition Please is a comedy-drama that was just released on Netflix two weeks ago. It was written, directed, and produced by Sujata Day, who also stars as the central character.

Middle schooler Monica Chowdry (portrayed by Day) wins the fictional Scribbs National Spelling Bee. She had to use all possible requests for information about the word (“definition, please,” “language of origin,” and so on), but she triumphs in the end. As a “Scramp”—Scribbs champ—she gets to make a TV appearance and becomes a local celebrity in her small suburban hometown.

Fast-forward a decade or more, and we find Monica living with her mother, making money by tutoring local kids. She basically has an offer in hand for her dream job, but her top priority is taking care of her mother. Her life is on hold until her mom’s cancer gets better.

Then her older brother Sonny comes home from California, all handsome and charming and prodigal son–like. Monica is instantly annoyed, asking their mother why she invited him here. When Sonny tries to bond with his little sis one-on-one, she works determinedly on a painting, offering monosyllabic responses and refusing to make eye contact.

As the story unfolds, we uncover more of their childhood and understand more of their current dynamic. Our sympathies bounce between the two thanks to resurfaced old memories, more present-day interactions, and exchanges with other people in town. We are cued in on her thoughts and feelings through vocabulary words that pop into Monica’s mind during certain situations. These remnants of her orthographer days are accompanied by a wash of bright color and Bollywood music, often to great comedic effect.

With a runtime of just one hour and 31 minutes, the film could have afforded a few more minutes of character development and exposition. However, it was an enjoyable ride overall. The more I mulled over it through the following days, the more I appreciated the complexity of the various relationships depicted.

Plus, I felt connected to the Asian-American protagonist. She loved language and words as a child, sometimes leaning on them as an escape mechanism. She participates in cultural traditions with her family, though she doesn’t really understand what people are saying and pokes fun at them with her brother. She checks out men and pursues intimacy. She wants a close relationship with her brother, but feels awkward and uncomfortable and doesn’t know how to make it happen. She isn’t a stereotype; she just is, and for that, she feels familiar in a wonderful way.

Watch it if you enjoy: small-town dramas like Young Adult (2011) or Lady Bird (2017); stories of child prodigies struggling in adulthood

If you’ve already seen the movie or don’t mind reading spoilers, let’s talk about some of that “complexity of the various relationships.”

When I say I wish we had just a little more character development, I mostly mean it for Sonny. We never actually see him do anything bad in the past. Sure, in the present he humiliates Monica as she’s hooking up with a guy. He accidentally throws his mom to the ground when she is trying to console him during a manic episode. Presumably, there’s a lifelong pattern of incidents like that, people getting hurt or things broken while he was unmedicated and unstable. Maybe it was even catalyzed by the grief brought on by their father’s untimely death. Alas, we don’t see any of it.

What we do see of younger Sonny is his generosity in tenderly offering the last piece of mango to his younger sister (who didn’t even say thank you). The two used to put on fun shows and athletic contests, which they recreate in the modern-day. When Monica broke a precious object, he covered for her and literally took a beating for her. How did they go from there to here? Why doesn’t the family display his framed graduation picture or artwork on the fridge? It would have been so interesting to get just one dark scene from his adolescence.

There’s a stark, striking difference between the ways Monica treats her mom and her brother. Monica shows her cancer-afflicted mother unwavering devotion and love. She respects her decision not to see a doctor or seek medical treatment. Meanwhile, Sonny “only” has bipolar disorder, so Monica tells him: “You need professional help, [Sonny]. This isn’t a joke. […] I can’t be in your life if you’re not on any medication. You have to go.”

Is it because she just loves her mom more? Because Sonny has had too many destructive episodes to be forgivable or lovable? Or is it because cancer is a disease with visible effects on the body, something that elicits unconditional sympathy from others, while mental illness is invisible and carries a stigma?

Another thing I found striking was Monica’s absolute lack of anger or bitterness upon learning her mother had faked her cancer and was fine all along. It might prove that her devoted care, at least a major part of it, was an excuse to put off “real life.” She wanted to stay by her mother’s side because she was afraid of failing to launch a stellar career, of failing to meet the sky-high expectations that people have of Scramps. That’s also why she barely bats an eye when her tutee’s mother calls her a failure at life and fires her.

In the end, Monica has to reject the stigma of mental illness and accept her brother’s condition to break down the wall between them. This, in turn, unlocks something in her own mind and sets her free. She can finally “cook her noodle” as Sonny says—that is, tap into her potential and achieve her dreams. Thinking back, I realized that the word she had to spell correctly to win the spelling bee all those years ago was prophetic: opsimath, a person who begins to learn or study late in life. 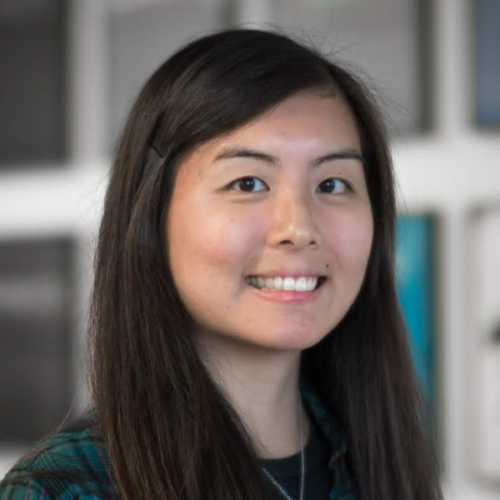