In Defense of ‘Batman v Superman: Dawn of Justice’

If you’ve used the Internet in the last week or so you’ve probably come away with one salient fact: that Batman v Superman: Dawn of Justice is a wretched, terrible, godawful piece of filmmaking and any opinion outside of that is outrageous and wrong.

Like so many films before it, this sequel to Director Zack Snyder’s Man of Steel has managed to find that sweet spot in the online film community that demands pure hatred and nothing else. The weeks to come will surely deliver to us a litany of articles and YouTube vlogs tallying up “Everything Wrong With Batman v Superman” and the pile on mentality will continue to grow until the ever-lasting memory of the film is only of what it didn’t get right and that Snyder should never work again.

But let’s pause for a moment and take a breath because this isn’t going to be one of those articles.

As a life-long fan of both Superman and Batman as characters I was enthusiastically excited for this movie. I genuinely enjoyed what Synder did with Man of Steel and honestly wasn’t bother by the casting of Ben Affleck as Batman even though the Internet wanted me to think that it was the worst thing to happen since September 11, 2001. This was going to be a chance to see two of my favorite childhood heroes thrown together on the big screen for the first time with appearances by other members of the Justice League tossed in for good measure – what’s not to be excited about?!

The trailers for the film did little to dampen my excitement (more on things that should have been left out of them later) and the poster artwork got my anticipation tingling, but all along the way the Internet kept telling me, “It’s going to suck!”

What were these people seeing that I wasn’t seeing? Am I wildly out of touch? Or are these people online time travelers who had already seen the movie and just weren’t being honest with me?

Whatever the answers to those questions are, there is no doubt that for some mysterious reason a large segment of media critics and the online film community wanted to hate this movie before they ever even saw the opening credits roll. Perhaps its appealing to take potshots at a massive studio project that is banking on this film to kick start an entire series of films about these characters or maybe its just fun to have a common enemy. But whichever way you slice it, there are plenty of reasons why Batman v Superman isn’t the glorious disaster that the mob mentality would have you believe.

Do I think the film is perfect? Absolutely not. It is overly long, plays a little stiff, and tries to cover a bit too much ground rather than telling a tightly focused story. But those complaints have been well documented elsewhere. Instead, I want to focus on the positive things about this project that hundreds of people spent years bringing together to the best of their ability. 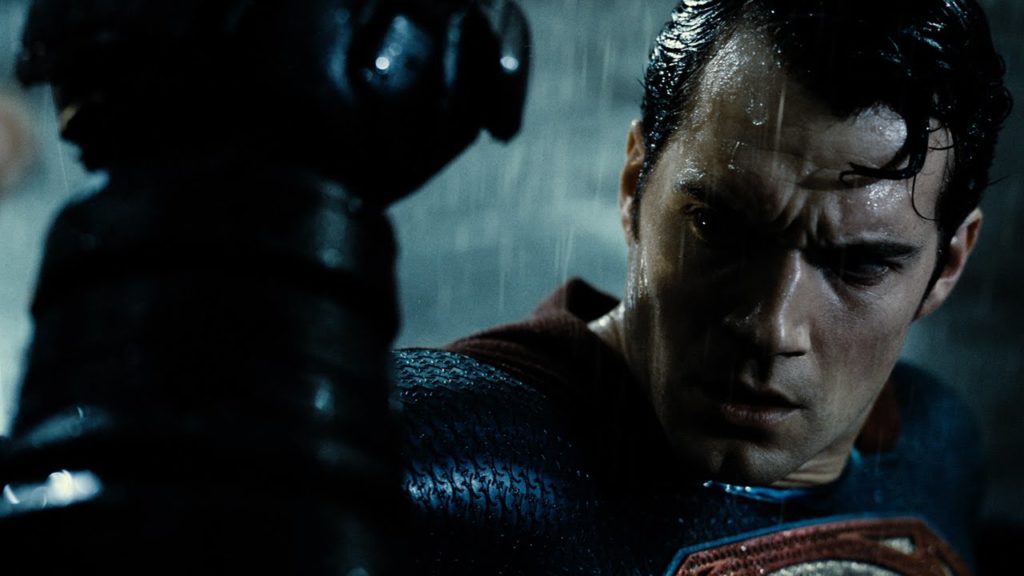 First and foremost, let’s talk about this cast. Returning from Man of Steel is Henry Cavill who grows even more impressive as the stoic Superman unsure about his place in the world after being severely questioned about his part in that first film’s climax. Amy Adams, Laurence Fishburne, and Diane Lane join him as the returning team and all bring a sense of comfort to their respective roles but its the new castmembers who really take the ball and run with it.

Obviously the most prominent newbie here is Ben Affleck, who as I mentioned before, faced a barrage of hatred when he landed the part. But guess what. Affleck is great as Bruce Wayne/Batman. He plays the character with a fiery determination and seeing him in action leaves no doubt that this is the most physically intimidating version of the character to ever hit the big screen. He is wily, brilliant, and I personally can’t wait to see more him as the character.

In an equally major debut we have Jesse Eisenberg as Lex Luthor who has been one of the most divisive elements about the film. I’ll be honest and say that I’m not really a fan of Eisenberg’s previous work but I think his depiction of Luthor here is absolutely perfect. Brilliant, self-absorbed, and just the right amount of deranged, this is the version of Luthor I’ve wanted to see in a movie for a very long time. I can see how some viewers could find the performance to be over-the-top or strange but consider this former Eisenberg hater a changed man.

Throw in a wonderful Jeremy Irons as Alfred, a steely Holly Hunter as a concerned U.S. Senator, and Scoot McNairy as a wounded citizen waging a war on Superman’s god-like status and you’ve got a pretty remarkable supporting cast of characters all moving around a very complex and compelling canvas of story.

Oh…and did I forget to mention Miss Scene Stealer 2016? I have a special place in my heart for Gal Gadot and her portrayal of Diana Prince/Wonder Woman. Her role is a small one but it works on both a story and character level. Her debut in the midst of battle got a particularly uproarious response from the crowd I was watching the movie with and dammit she deserved every scream of it.

In addition to the remarkable cast the movie also delivers on the comic book style action that Synder has really mastered throughout his years as a filmmaker. Say what you want about his work with story and subtlety, the man undeniably delivers when it comes to action. From a rollicking Batmobile chase to the epic title match between our two main characters, the action scenes are relentless and inventive. Toss in Wonder Woman and Doomsday for the big climax and you’ve got enough geek action awesomeness for the price of your ticket and then some.

One of the things that’s been bugging me most about the flogging that this movie has taken is that it leaves the impression that this is a “dumb” film. Far from it. Remember the days when a comic book/superhero movie was comprised of the hero having some kind of conflict with his main lady while a new villain had an evil ploy that needed to be stopped? Those days are long gone my friends and there is no better example of that than the complexity of the story presented here.

I love the notion of the world grappling with how to handle the sudden appearance of a super-powered being from outer space. Most movies of this nature seem to show the people of the world accepting it with a shrug but the screenplay here really digs into the question of how people would react to this new paradigm and everyone from panicked villagers in Africa to a deranged billionaire in Metropolis have a role to play in how that narrative plays out. It’s a serious and sometimes somber way to look at superheroes and this obviously makes it lack the lighter touch of the Marvel films. I love the Marvel films too but I don’t need every superhero movie to be laugh out loud funny.

What I really didn’t expect from this movie though was how much I was going to be surprised. Even though I’m annoyed that the joy of Wonder Woman and Doomsday was spoiled in the trailers there is still plenty packed in there to make you say, “Oh shit!” And that’s all I’ll say about that for those who have yet to see it.

I also have to throw out some major kudos for the technical aspects of this film under Snyder’s direction. Visually and audibly the film is a knockout. Beautiful cinematography, costumes, special effects, and art direction make every scene interesting to look at and very often composed in a breathtaking way by Snyder. I personally can’t stop thinking about the way he captured Martha Wayne’s pearls being snapped by her killer’s gun during the opening moments of the film. We’ve seen that scene play out before in countless other iterations of Batman but never has it had as much visual impact as it does here.

With all this being said I think I’ve at least made the argument that Batman v Superman: Dawn of Justice is not the full-fledged disaster that many people are making it out to be. We live in a world where Rotten Tomatoes deem something to be either “Fresh” or “Rotten”, and while that given number is interesting it leaves out something important: the middle ground. Just because a movie isn’t an A+ doesn’t mean it is automatically an F. We seem to have reached a point in popular culture where everything must be one or the other but I like to think there’s still room a good old fashioned mixed bag that everyone can agree has some seriously awesome attributes and maybe a few missteps. I give this movie a solid B and I feel pretty damn satisfied with that.

This is what truly terrible Batman and Superman movies look like:

@theworkprint
Follow
Previous article
‘Dancing With the Stars’ Premiere: Ding Dong, The Len Is Back
Next article
‘The Magicians’ Recap: Gods and Monsters