‘Dark Matter’ Review: “We Were Family”

This week on ‘Dark Matter’: the Android makes new friends, Three uses the big gun, and Five saves everyone.

Spoilers through Dark Matter 204, “We Were Family.”

If there’s one thing we’ve learned about the crew of the Raza over the past season it’s that, they are a family, whether they like to admit it or not. There’s a bond between them that came from having memories wiped. As they fumbled through the world , unsure of everything around them, the only thing they were sure of was each other. (And let’s be real, that was suspect most of the time, too.) But in season two, they’ve found their footing. And despite Six’s actions against them, he’s still part of their family as well.

Saving Six’s life is the reason for docking at a station on the outskirts of space because after being impounded, the Raza was drained of most of it medical stores. Thankfully, Five, the smart little thing that she is, stashed away some money and goodies where even the Galactic Authority couldn’t find it. Using this money, Five and Devon go onto the station for supplies with the Android in tow because she wants to explore humanity a little more. She knows her crew is atypical for humans but she wants to find out the truth for herself. The Android’s interest in humans is endearing and her sweet descriptions of what she sees makes me appreciate them all the more. It’s like people-watching through the eyes of a child. Most people would see a couple kissing in public as too much PDA or just ignore it altogether, but the Android sees this display of emotion and thinks it’s wonderful.

Because of her newfound interests, she asks to stay behind and gather more information. Five seems oddly okay with this notion, even though if anything were to happen to the Android they’d be in serious trouble, but okay, I’ll allow it. In the store, the Android meets Victor, a charming fellow who defends her when a policeman tries to insinuate that Android is up to no good in their neighborhood. After showing Victor that she plans to buy her friend a toothbrush (OH MY GOD ISN’T SHE SO FUCKING ADORABLE), Victor takes her to meet his friends.

And the whole time this is happening I’m screaming:

But it turns out that second location isn’t too bad. It’s just the secret hideout where the Railroad meets to rescue escaped synths in Fallout 4. Turns out Victor and his friends are actually androids who have escaped the evil clutches of programming and are masquerading as humans. Victor thinks the Android, though an outdated, discontinued model, could do the same, so he gives her some illegal tech. The Android takes the tech and contemplates installing it but not before receiving a kiss goodbye from Victor. (I hope this isn’t the last we’ve seen of the Free Android Movement.)

After getting his allowance from Five, Three and Arax are having a bro moment, discussing the life and lies of our pal Six and whether or not he’s trustworthy. Three concedes that Arax makes some good points but Three hasn’t exactly been one to formulate too many opinions on his own. We know he’s a gunner first and thinker second. In fact, the one who sees the most in Three has been Five. But hey, I’ll get into that later. Three and Arax are interrupted by the dudes we saw at the end of last episode and we learn that the eldest one, Tanner, was like a father to Three. Of course, judging by the flashback to Three’s life we saw at the beginning of the episode, it’s obvious something ain’t right with this dude or his crew. 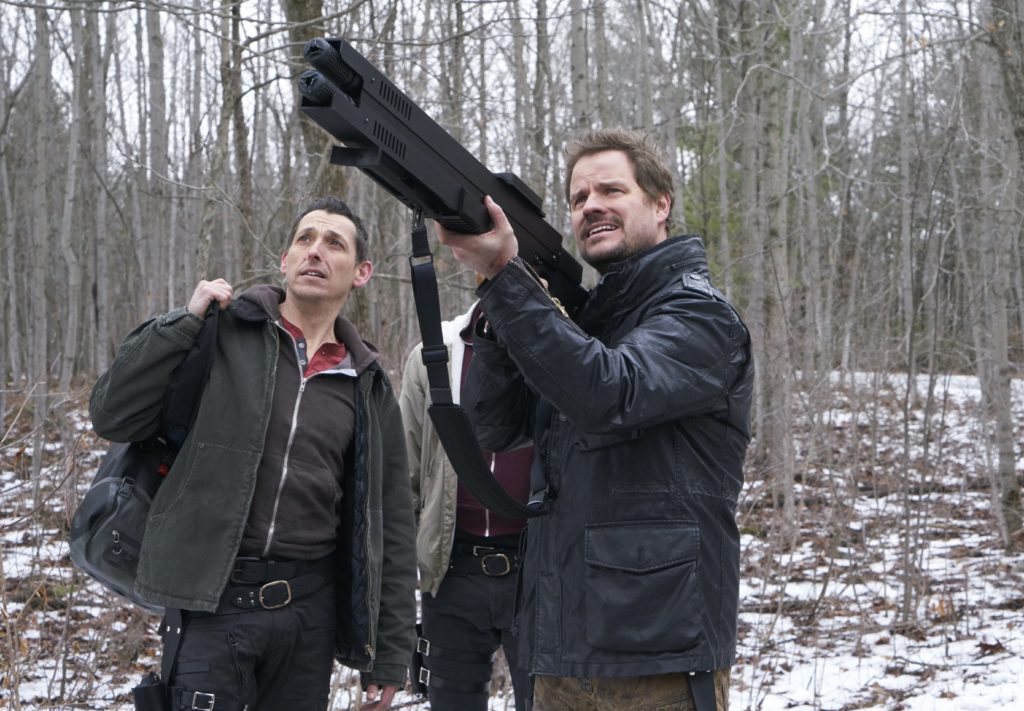 But here’s the thing about Three that I love: he’s so much more than just a mercenary. He wants to be more than just a hired gun and the prospect of being part of a family who has known him his whole life is enticing to him. Of course he has the Raza crew but I’m sure there’s a part of him that expects them to leave. We can see by his interactions with both Five and the Android that he needs the crew way more than they need him. He smiles at Five, treats her equally, and respects her wishes. He recognizes that she’s more than just a kid. I said this last week and I’ll say it again: Five is single-handedly making the crew of the Raza better people.

Three goes off on his op, expecting a quick robbery and high-tailing it out of there. Once he learns that they’ve kidnapped a kid, however, something in him snaps and he’s not okay with this whole bad boy persona. Quite the shift from the dude we saw last week who was more than willing to put a bullet in Five. I LOVE IT. Anywho, Three confronts Tanner and learns the truth: Tanner got drunk and killed his parents and then took care of him. Presumably what he had planned for the kid they nabbed for the op. Three Han Solo’s Tanner and gets the kid to safety. Look at him being a hero. D’awwwwww. He and Five have another heart to heart and you guys, I am falling in love with their relationship. (Not romantically, you friggin’ perverts.) Dark Matter, you keep building these relationships like this and I will be a fangirl for life. 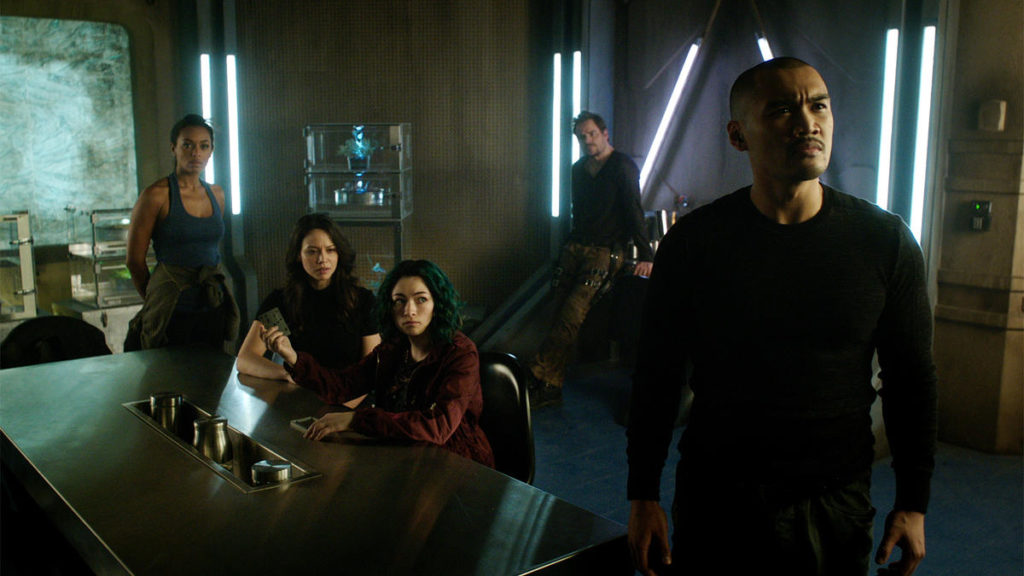 Back on the Raza, Devon takes Six out of stasis and operates to save his life but Arax is acting all shady, ain’t callin’ me baby, so why the sudden change? Five investigates and daaaaaaamn she pulls a fast one on him. She’s incredibly paranoid and it looks like this time the paranoia paid off because she catches him trying to steal the key that she stole way back before they lost their memories. Arax then goes to his employer with a fake key card, lookin’ like a fool, and everyone is pissed because the crew of the Raza suddenly has their favorite toy, one that’s capable of creating pocket space dimensions or some scientific mumbo jumbo I’m incapable of comprehending.

TL;DR: The crew of the Raza has the key. Corporations willing to kill for it, are after the Raza. Hide my babies.

There’s mention yet again about the death of One and with previews for next week, we have to assume we’ll get a resolution pretty soon. I hate to say it, but I think One may actually be dead, y’all.

Oh, what’s this? Does our little medic have a drug addiction? Is that why he was in jail, possibly? HO HO YOU BECAME MORE INTERESTING PRETTY BOY.

Sooooo does Nyx have special powers? Is she supposed to be like Two with this? I appreciate more hints at her back story, but the whole “women can only fight with the aid of tech” thing is bumming me out.

I like the rotation on covering different crew members each episode. It makes for more stream-lined storytelling without being too one-note. That being said, can I get some more background on Nyx and Devon? A girl needs to know more for reasons. (It’ll come, I know. I’m just whining.)