Entertainment Weekly has released two brand new stills from the upcoming season of Daredevil featuring Jon Bernthal as Frank Castle, aka The Punisher, and Elektra, played by Elodie Yung.

The first image finds Matt Murdock tied up by chains while donning the Daredevil outfit. To make a bad situation worse, Frank Castle is towering over him with a gun. In their report, Entertainment Weekly revealed that the season two opens with an action sequence that quickly introduces The Punisher. According to showrunner Doug Petrie, “The advantage of any sequel is you can dive right in. We hit the ground running and then we ran as fast as we f—ing could.” 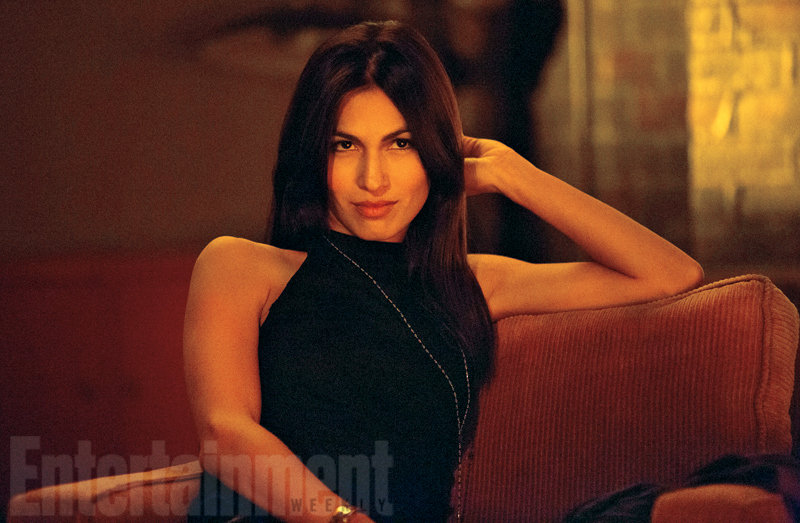 “Matt’s a deeply moral complicated guy and she’s just the best bad girlfriend you can possibly have,” Petrie says. “She does everything wrong and attractive, she’s his id, the wild side. Matt is always taming his wild side. Elektra just lets it out. He’s both repulsed and deeply drawn to that.”

You can read the entire interview over at Entertainment Weekly’s website.