As promised, the four competitors who secured their place in the finale last week were treated to a peaceful boat ride to a private island. This place was gorgeous, but was it actually a private island? It seemed more like a private bungalow on an island. This is not to say this place wasn’t beautiful, but if someone told me I was going to a private island I picture something a little different. Anywho, the company is 3 former champs and Tori, the rookie of the year. Everyone is nice and peaceful and civil. Even Jordan is being nice to Cara Maria. I know it’s a miracle. 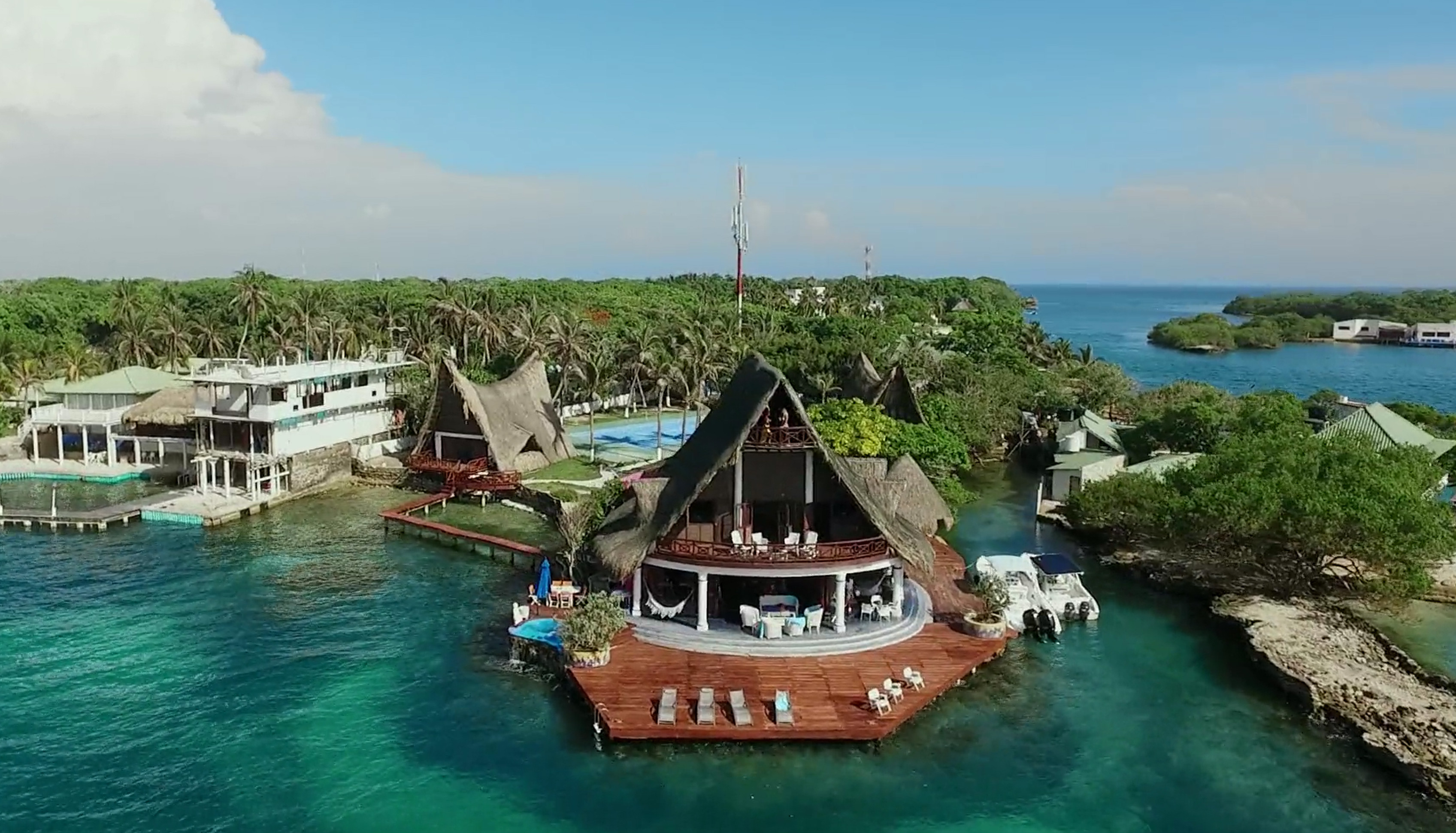 Back in the house, the remaining six competitors are preparing to fight for their lives for their piece of a million dollars.

Snakes on a Beam

Derrick: “I’m most nervous about losing to a guy who has one hand, and a clumsy Tony.”

Don’t worry guys, Derrick pulls it through and destroys his competition. Hunter was able to move maybe half an inch due to wrist (which is a surprise to no one) and Tony is barely able to gain any ground because he doesn’t know how to properly work his limbs. 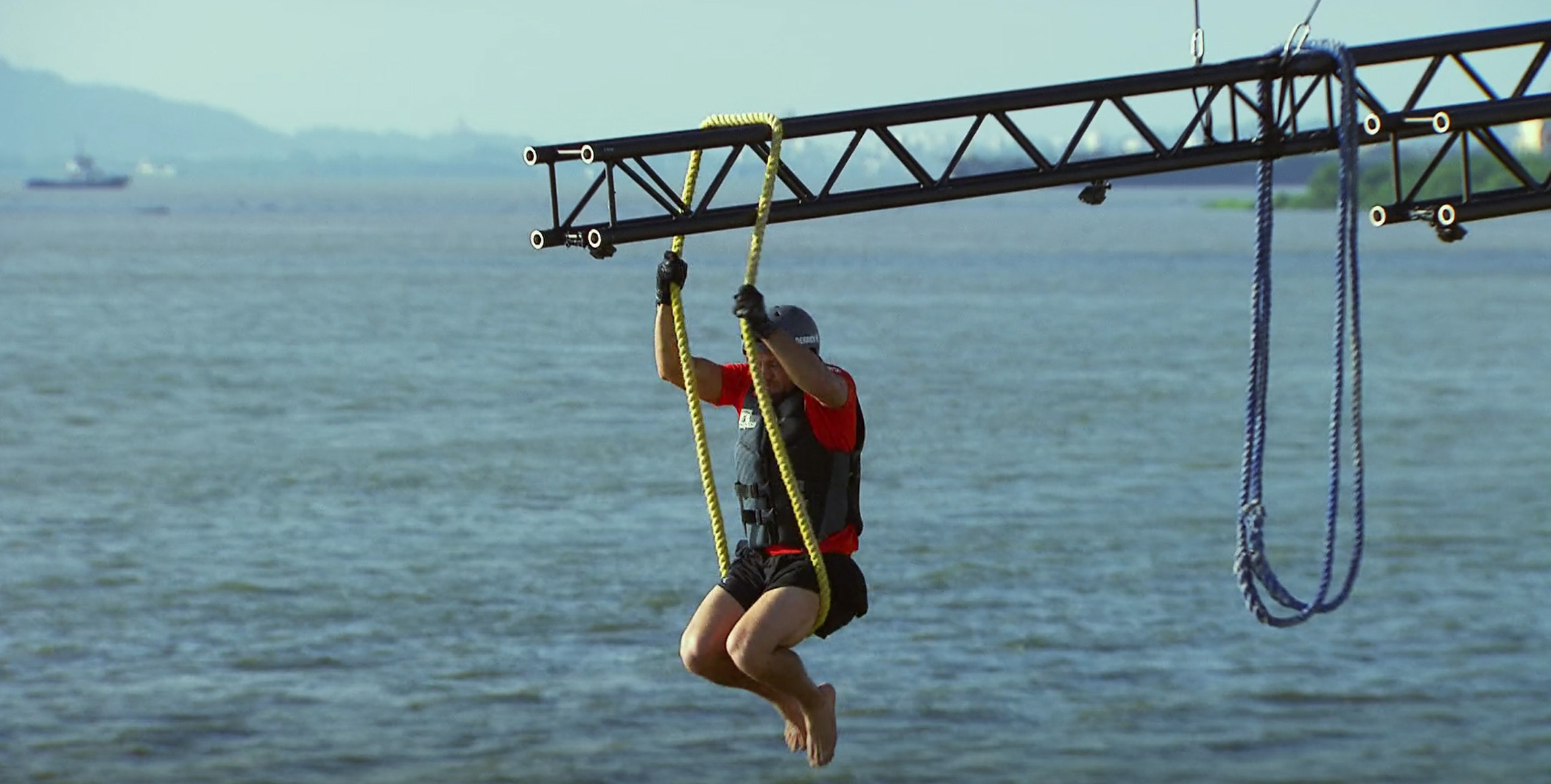 But YAY DERRICK IS GOING TO THE FINALE!

CT: Derrick, the little engine that could, just chugs along. Gets it done.

Next up, the girls. As I said last week, there didn’t seem to be much of a front-runner out of these three, but man, Camila just crushed her competition. She was the only one that realized you have to shift your weight OFF of the rope you are trying to move and she cruises smoothly to the end of the beam into the water and then into the finale. The crazy thing is that neither Jenna nor Kailah took the time to see what Camila’s strategy was throughout the entire challenge. If they just snuck a peek they could have realized her technique and maybe have a fighting chance. In the end, Camila won, and Kailah sums up my feelings completely.

Kailah: Camila’s a really shitty person, and I didn’t really want to see her succeeding in a final or even making it there. I was hoping that her bad karma would catch up to her but it didn’t, and it really sucks.”

5 Champs and a Rookie

Now that the final 6 competitors are set, it is time for TJ to reveal as little information as possible to the cast about the upcoming finale. First, and most important, is the breakdown of the prize money.

So essentially if you don’t come in first, you are going home with chump change. That isn’t to say that 35K isn’t a lot of money, but it less than 10% of the first place winnings. Additionally, simply making it to the finale doesn’t guarantee you prize money. All competitors must COMPLETE the final in order receive their bounty. And with that, the cast is off to Salta, Argentina for the last leg of this journey.

TJ isn’t going with them to Argentina though, he has already been there to set up the DIRTIEST COURSE IN THE HISTORY OF COURSES. What is TJ trying to say here? Is he implying that he physically put together the final course or is he implying he helped design it? Both of these theories are highly improbable. First I can’t imagine TJ would volunteer to do the grunt work of setting up the final, that is what PA’s are for. Second, TJ doesn’t even have a producer’s credit on the show, why would he have any say in the structure and design of the finale?

On that note, the Finale 6 pack their bags and head to Salta, Argentina with their Argentine Tourism Agent: Jordan.

Jordan: “Argentina is one of the adventure capitals of the world. It has every terrain you can think of. Snowcap mountains, rivers, hills, woods. Anything you can think of Argentina has to throw at us, and I could not be more stoked.”

It is here that one of my favorite moments in challenge history occurs: Derrick talking to his son. Derrick makes his final call to his son before the final begins, and asks Little D if he had breakfast

Little D: “Yeah I had mashed potatoes and a twinkie.”

First, what a combo. The best part though is Derrick’s reaction. He is amused, slightly embarrassed, and then gives the camera a look worthy of Jim Halpert. 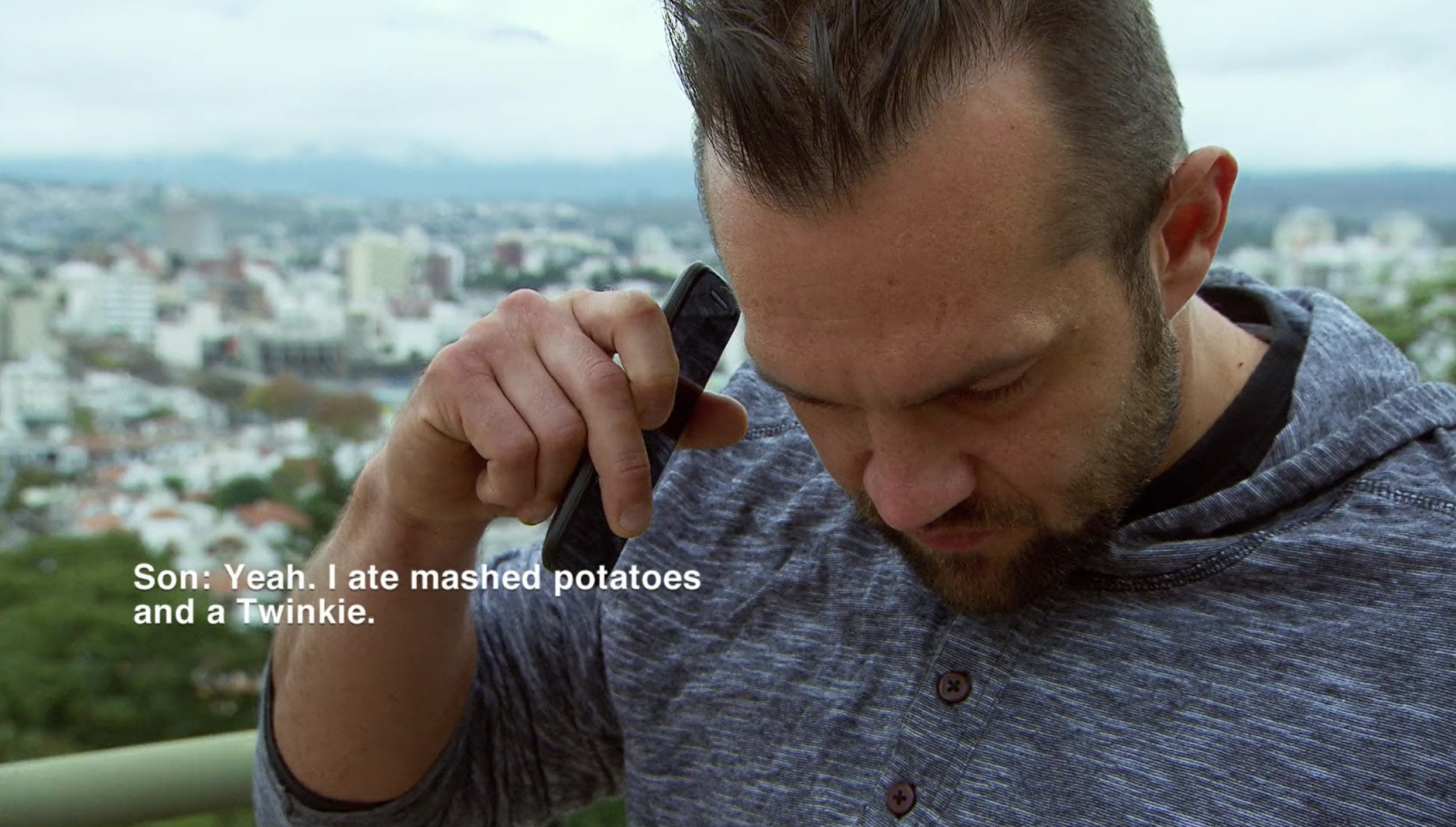 When I say Jump

Since TJ has already “been there, done that” with Salta Argentina, he delivers the first set of instructions via video message. In order to even GET to the final, the competitors must jump from a plane 20,000 feet above ground (which according to Jordan is 2x as high as a normal skydive).

Cara Maria is shaken to her core about this jump. I don’t think I have ever seen her in such a panic. While he does find her meltdown hilarious, even JORDAN also admits that he feels bad for her. 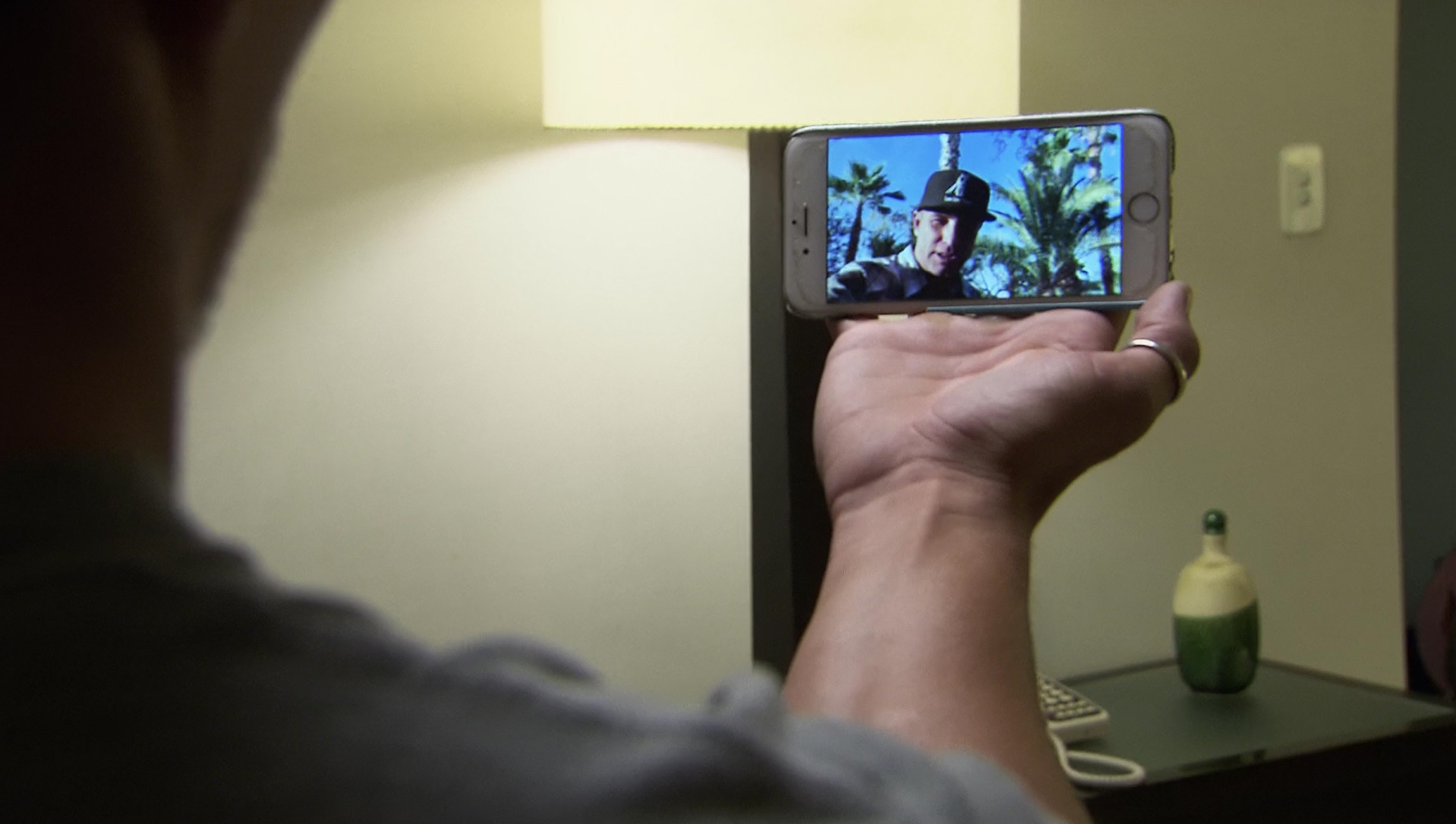 When they get to the skydiving place, we learn that they will have a “professional” strapped to their backs so they won’t be doing the jump solo. That is great, they have so much less to worry about. After watching these guys jump and land, I am really questioning their credentials as skydiving professionals.

First, the landing runway wasn’t dirt or grass, it was a gravel pathway. Derrick and Tori are the only two competitors to have a “normal” landing. CT and his “professional” landed in a way that the ground literally shredded his shorts into threads. That is nothing compared Jordan who crash-lands on his knee before bouncing off the ground a few more times. Everyone runs to Jordan to make sure he is okay, and an ambulance comes to check him out. He is pretty sure that his knee isn’t *fully* busted, so he decides to soldier on. But really, who are these “professionals” that production hired for this jump? Did they even test this challenge before throwing the cast in? Did TJ have to go through this jump to ensure that it was truly the dirtiest skydive Ever In Challenge History?!?! On top of that, Cara Maria and Camila land who the hell knows where and have to be driven to the main landing strip.

Now that they are all on solid ground, and ⅔ of the male competitors are injured from the pre-challenge, challenge, it is time for the ACTUAL final to begin. The first leg is called “Donations” where the competitors have to pair up with the opposite sex to lug heavy rocks through a big ass maze. The pairs are as follows:

Jordan is trying to fight through the pain in his knee, telling himself that 450,000 will buy him a new knee. I don’t mean to burst your bubble Jordan, but unless you have really good insurance (which as a small business owner is unlikely) that prize money may not cover as much of a total knee replacement as you think it will. Jordan isn’t the only one having a hard time, all of the players are struggling to complete the task due to the high altitude. When the episode ends all three teams are pretty much even, with Jordan and Camila possibly having a slight lead.