If you thought that this week’s episode was going to revolve around Tony’s smooching session with Camila, you were wrong. Just a note: I have decided to include Camila’s comments in this post, as I think the words she said are important to the discussion, and I apologize if including them causes any additional distress.

After the cast arrives home and disembarks from the bus, Camila goes batshit crazy. There really is no other way to explain her drunken antics. She starts wandering around the grounds of the house, talks nonsense to herself, and humps a pillar while exclaiming “Dirty Thirty.”

Next, she decides to walk her drunk ass upstairs to eavesdrop on the tail end of a conversation Leroy is having. Leroy is trying to explain to Hunter that eliminating strong players is the smart move, and that is what everyone should do. That tomorrow Tony should send the universal “him” in and Camila should send the universal “her” in. This is when shit gets crazy, and escalates to a new level very quickly.

She gets up in Leroy’s space and hate starts spewing from her mouth:

Camila: “Guess how many wins you have? Zero! You’re a black motherf**king p***y.”

The entire room gasps in unison at Camila’s remarks, but Camila doesn’t stop. 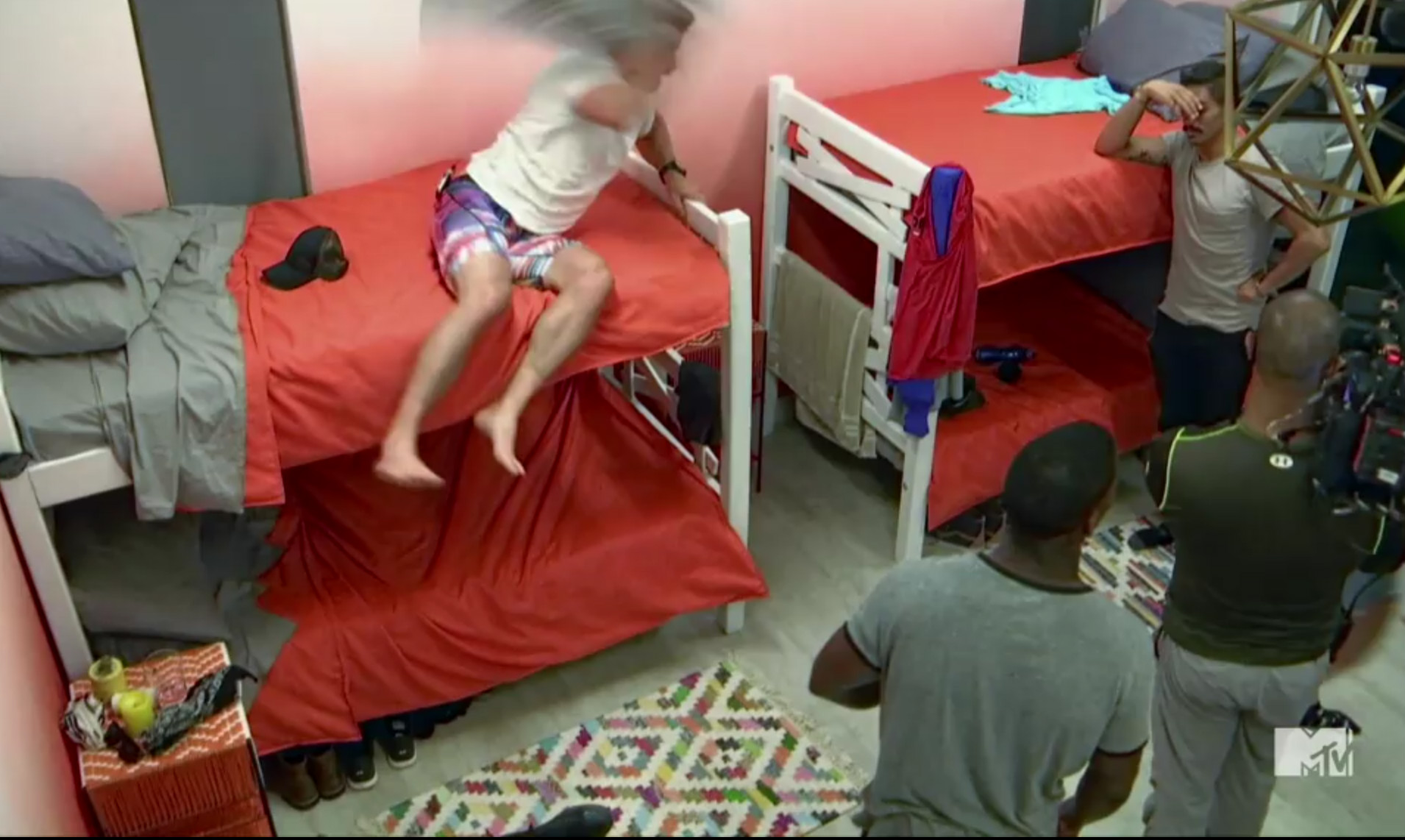 She keeps screaming and yelling at Leroy, until security comes in and tries to remove her. It looks like things are about to calm down until Johnny throws a pillow at Camila and the Camila Crazy Train starts up again. When security finally gets her out of Leroy’s room she scream up at everyone from the stairwell:

Camila: “It’s all about f**king black motherf**kers like that piece of shit.”

There is so much to say about this incident that I don’t even know where to start. First, the footage MTV aired only scratched the surface of Camila’s racist diatribe. During the taping of the Reunion Special last week, it was revealed that Camila also called Leroy the N-word multiple times, although it wasn’t aired. (You can check out the subreddit if you want to read more). All of the cast members were disgusted with Camila’s behavior, and I was glad that they aired this comment by Jemmye.

Jemmye: “I don’t feel bad for her. I feel bad for the black man in the house she attacked. Because it’s not okay to attack black men who already have to deal with shit in America.”

This is important because it was one of the few remarks that touched on the complexity of racism.

The next morning, when Camila returns back to the house, the first thing she does isn’t apologize to Leroy, instead, she asks to talk to Tony to try and get sympathy/discuss who to send into the Presidio. She laments that she has no ill will against Leroy, and she has no idea where those remarks came from:

Camila: “Does this have anything to do with how I was raised? Because I always had to have my own back?”

Wait, what? I don’t know anything about Camila’s childhood, or how she was raised, but how does “having my own back” translate to “raging racist when drunk.” I had to mute my TV whenever Camila started to tearfully excuse her actions because it was too painful to watch. The whole time she only talks about herself, what she did, what it means for her, but barely how Leroy must be feeling.

When TJ comes to the house for the Presidio vote, Leroy addresses the elephant in the room and asks if Camila has anything to say about her behavior the night before.

Her “apology” to Leroy and the house was barely an apology. She said she wasn’t a racist, she blamed it on the alcohol, and that she doesn’t expect an apology because what she did was unforgivable, but no sense of remorse accompanied her words. I have spent a lot of time thinking about this episode over the last few days. I tried to imagine how I would react if I woke up hungover to learn that I had verbally attacked someone using racist remarks. I would like to think I would never do that, but say I did. My first thought after “I can’t believe I said that, I’m not racist” would be “maybe I am racist” because why else would those words have come out of my mouth. I would reassess and reexamine the biases that I hold to understand how I could have acted this way.

Leroy handled this situation with a sense of maturity and poise that most humans don’t possess. At first, he tried to understand why Camila was screaming, and then he refused to engage her and escalate the fight. He accepted Camila’s poor excuse for an apology and forgave her.

Leroy: “I should be super offended by it but you know what, this is the world we live in. My skin color is brought up all the time whether it’s in a good way or in a negative way. I’ve been black my whole life.”

It is heartbreaking that we live in a world where black men and women have accepted that people will say racist shit to them.

Since racism is only strongly condemned, but not a send homeable offense, Camila is still in the competition. If Camila actually had any remorse for the previous night she would have put herself up for the Presidio, but instead, she sends in Nicole. On the guys’ side, Nelson is sent in.

Jordan and Jenna pull the double cross, and send in Hunter and Britni to compete against Nelson and Nicole in “Rampage.” For this elimination, the competitors are connected by the shoulders, hips, and waist on a square platform with four ramps (2 Red, 2 Blue). The goal is to mermaid roll you and your opponent down your colored ramp. The first to three wins. 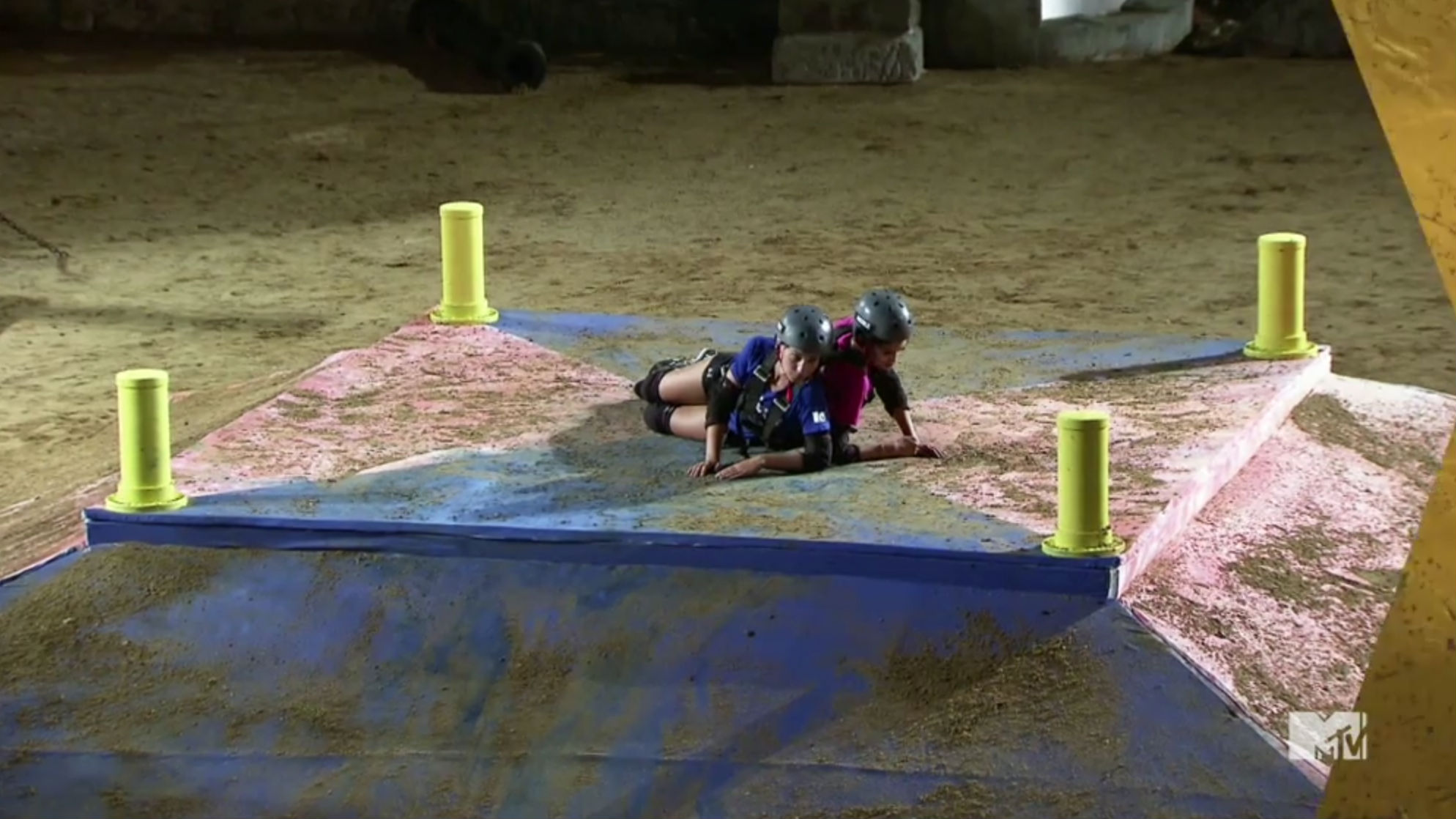 While Nicole puts up a decent fight, Britni pulls out the win for the girls.

The main event of the night, though, is the Hunter vs. Nelson match. The Battle of the Last Young Bucks. This is the second week in a row where Hunter has to go against one of his best friends in the house. While it was a hard fought fight, Nelson came out victorious and is now the last Young Buck Standing. 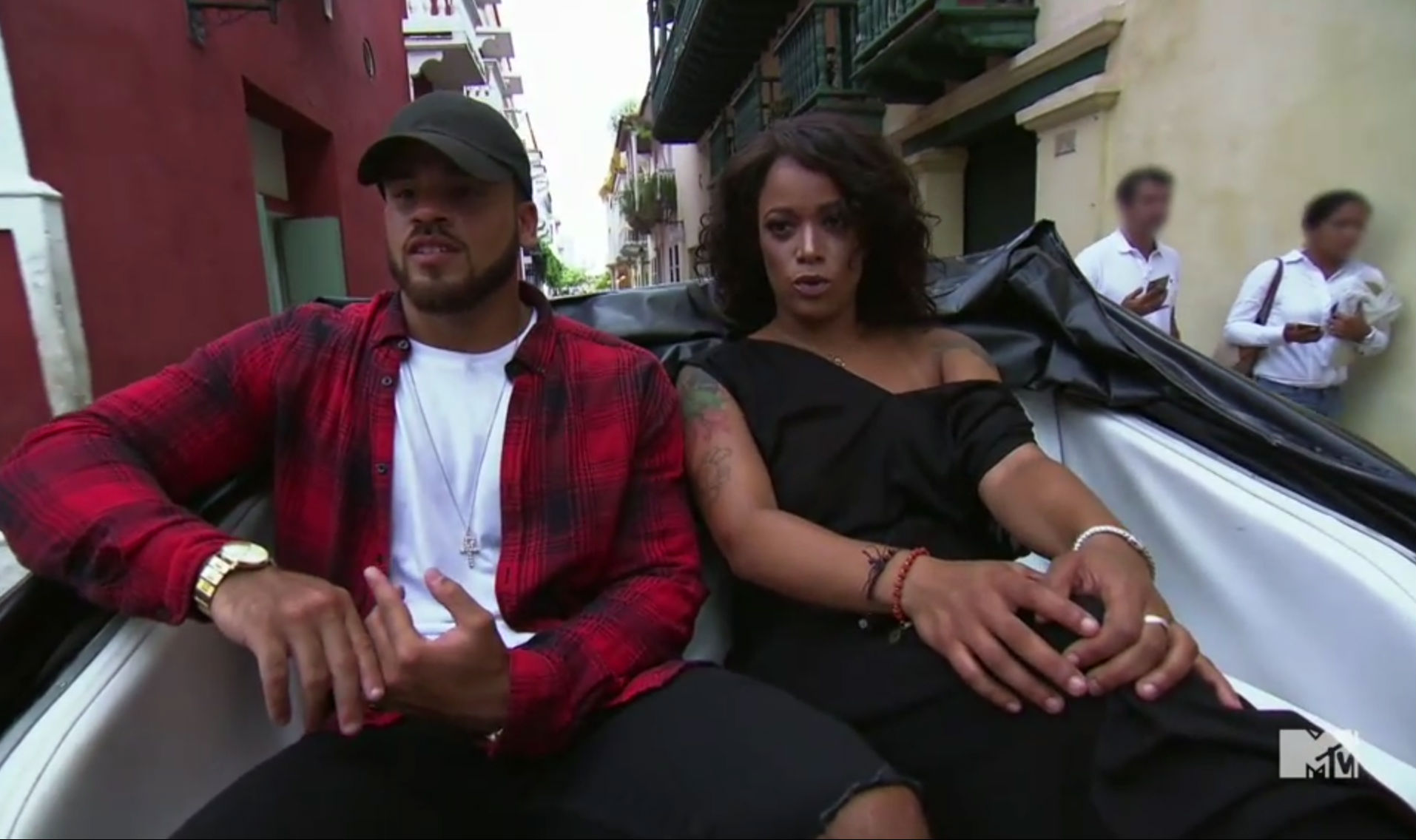 This carriage ride was fascinating. Whose idea was it? Was Marie invited and declined to go or was production was like “JK, you’re not invited.” More than anything, I wanted Marie to be the coachman for Aneesa’s and Cory’s carriage ride

@theworkprint
Follow
Previous article‘Teen Wolf’ – “Werewolves of London”: All Around Me Are Familiar Faces
Next articleThe Most Adorable Tidbits From the ‘Dark Matter’ Reddit AMA