There are a lot of complaints to make about the Marvel Cinematic Universe (MCU). For years, the constant erasure, lack of and misrepresentation of minority and female superheroes have been a source of conflict for fans. Rarely is anything done differently that deviates from the already accepted narrative. Thankfully, Netflix has been able to change that. First, with the introduction of Jessica Jones, and now, Luke Cage. While a black male superhero and Harlem as a setting are both firsts, the standout of the Luke Cage series is the amount of #BlackGirlMagic emanating from its characters.

If you don’t know what #BlackGirlMagic is, let me school you: created by Cashawn Thompson and her brand of t-shirts, #BlackGirlMagic is a term used to describe the greatness of black women and how, despite adversities, they continue to push and thrive beyond measure. For the women of Luke Cage, that definition perfectly aligns with their way of life.

Over the course of thirteen episodes, Misty Knight emerges from being a curious detective to the secondary hero of the series. At times, she has more screentime than Luke Cage himself, who remains in hiding during the majority of the second half. One of her first major scenes involves attempting to locate Chico before Cottonmouth gets to him and through playing a game of horse on the basketball court, she uses her skills from her youth to easily surpass the guys who undermine her because she is a girl.

Misty does have sex with Luke Cage early on in the series, but their relationship remains virtually platonic from there on out. Dedicated to her job and herself, Misty is unconcerned with respectability politics or how others view her sexual confidence. She is unable to say if she trusts Cage often and instead the writers let her feelings take a backseat, focusing heavily on her individual conflicts including having to deal with fighting for justice in a corrupt system, coming to terms with her mentor and partner being dirty and remaining in control in out of control situations. Her ability to make mistakes that ultimately determine the outcome of the entire season is a testament to how much weight she holds in the series. She’s not just a love interest or a secondary partner for Cage; she’s her own woman making her own decisions and choosing how to maneuver throughout the disarray of Harlem. 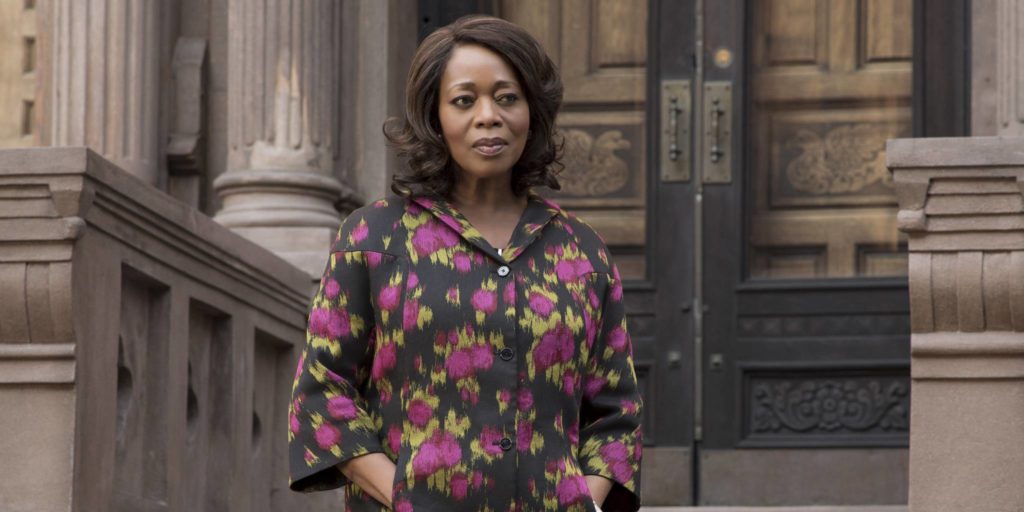 The complexity of black women is further examined through Mariah Dillard. Although she is considered to be an antagonist, her thirst for power is in an effort to make Harlem much more of the same and less of what it is turning into. Dillard’s feelings and emotions pour out in a way that black women are often not provided the space for during the fight between her and Cottonmouth. By revealing the truth of being abused and taking back her power against those that question and deny the abuse, Dillard shows the amount of strength she carries and how she’s been able to survive against all of the wreckage her family has caused. It’s not shocking that in the end she remains such a central character and a survivor. It takes a lot more than anyone knows to keep her down and it’s a positive to see a Black woman who delights in owning her truth.

Mariah Dillard is also sexy and seems to be the object of affection for Shades. Her assistant bows down to her, realizing how in control of the situation she is, even when she seems uncertain of the future herself. It’s hard to not think that Dillard wasn’t aware of the outcome of the season by the end herself.

The ability for Luke Cage to show such dynamic black female characters may be due to the writers on the team. Two of the writers are indeed black women: Aida Croal and Akela Cooper, who participated in the last two episodes and wrote dialogue for not just Mariah and Misty, but Luke as well. There amazing work is further proof that there must be more diversity behind the scenes, as well as in the cast, to show the richness and inclusion of everyone.

It is my hope that with the next show in the works for Marvel and Netflix, Iron Fist, Misty Knight will continue to be just as vocal and prominent as she is in Luke Cage. Her imperfections, flaws and ability to take responsibility are something we need to see more of on television. Black female superheroes are just as pivotal, and if Luke Cage is any indication of the progress being made, we’re in for some more great brown faces.

All thirteen episodes are available to stream on Netflix.