Breaking Bad was AMC’s most critically acclaimed show and one of the most well-received  TV series of all time. It featured the journey of a high school chemistry teacher with cancer, Walter White (Bryan Cranston), and his former student turned drug dealer, Jessie Pinkmon (Aaron Paul), as they slowly dived deep into the world of drug dealing and built a crystal methamphetamine empire.

Breaking Bad redefined TV drama with its unconventional storytelling, sharply focused cinematography and incredibly well-written plots. Which is why it’s prequel, Better Call Saul, created by literally the same showrunners (Vince Gilligan and Peter Gould), is a bit of an oddity.

Starring two of Breaking Bad’s well-received supporting characters, sleazy lawyer Saul Goodman (Bob Odenkirk) and fix-it man Mike Ehrmantraut (Jonathan Banks), the series is similar to Breaking Bad, with the exception that it leans a bit more toward the comedic side. And while the publicity is not hitting Breaking Bad levels and the ratings have been on the decline, the show itself has been nominated for several Emmys year after year.

Personally, I’m not sure why people aren’t watching the show. It could be that there’s more competition and television out than when Breaking Bad had aired, though the quality of Better Call Saul is up there with its predecessor. And as the seasons have trudged on, the callbacks to the original series and the bridging of the two timelines have been superb. Especially given how very little of the series was planned ahead of its course. Suffice to say, this technique of mining from small moments in older scripts is some of TV writing at its best.

With Better Call Saul, everything within the breaking bad universe is coming together. Having created a well-established and layered world of crime based in New Mexico, all while showcasing an origin arc for Saul and Mike’s story.

The following is a review of episode one of season four. Some references will be spoilers. 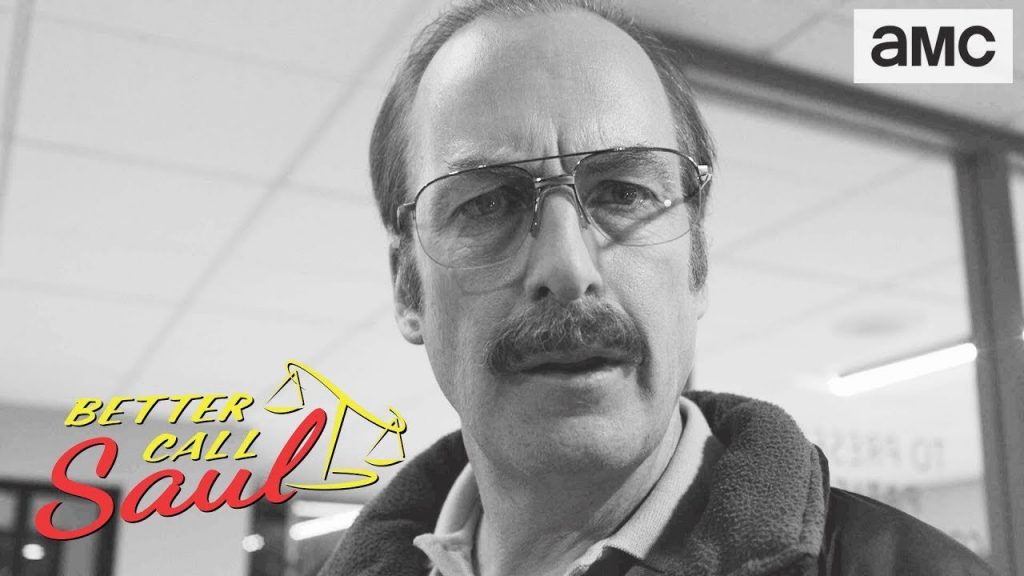 After over an entire year of waiting, Better Call Saul returned last Monday, picking up right where the season three finale left off. As such, it is highly suggested to refresh on Season 3 or watch the brief summary posted by the cast before watching the premiere.

Just as ‘Smoke’ rises from the ruins of the ashes, this episode was the revelations from the fallout from last season. Particularly, in regard to Saul’s brother, Chuck, and his apparent suicide, and the attempted murder of Hector Salamanca by Ignacio Varga (Michael Mando).

It begins with the flash forward to present day Gene’s (Saul) supposed heart attack while working his cover identity job as a manager of a Cinnabon. In a series of beautifully done close-ups, Gene is being carted off to the hospital, with some lonesome old-time music playing in the backdrop. (“We Three” by the Inkspots, a band of the Fallout videogame series fame).

We quickly learn his heart attack was a false alarm. Though all is not well. When Gene tries to leave the hospital, he is stopped by the desk nurse, who asks him for his social security number as there was an error in the system. This leads to a classical moment of tension, the series, playing off the fact we know that this is Saul’s false identity. That if they catch him here and now, Saul will finally be caught and meet his end.

Of course, it doesn’t happen. Not this early in the series, anyway. The entire encounter was a clerical error, but it does leave Gene with a feeling of paranoia. He then leaves in a shady cab where the driver leaves him ominous glances. The opening showcases emotions that Saul is both lonely yet tense, and reinforces the idea that at any moment if Saul were to ever let his guard down, he could be caught and imprisoned for his long laundry list of crimes.

This also brings up a signature style be known to many AMC drama fans: The Secret. In almost every AMC drama is a protagonist who keeps a secret from their family, which creates tension throughout the season, up until it is revealed. Don Draper in Mad Men had his many affairs. Walter White in Breaking Bad secretly cooked Meth. Even Rick Grimes in the Walking Dead Season One, held secrets imparted upon him from the CDC doctor.

Better Call Saul is no exception to this. In fact, the series depends on Saul’s secrets for tension, with much of his characterization of being an honest liar being a driving force that gets him into these morally grey territories.

After the flashforward, we return to the series’ present.  Where Chuck (Michael McKean) had just committed suicide after being forced out of his law firm, falling out of favor with his brother, and finding himself utterly alone. At the end of Season 3, in a moment of mental health relapse and depression, he burns himself alive.

Meanwhile, towards the end of last season, Hector Salamanca (Mark Margolis) had a stroke induced by Ignacio Varga, or Nacho for short. Nacho had replaced Hector’s nitroglycerin pills, which more than likely, is the cause of Hector’s wheelchair paralysis and confinement in Breaking Bad. Season four picks up in the aftermath, where Hector survives as he is taken away by an ambulance. Though all is not right, as Gus Fring (Giancarlo Esposito) suspecting Nacho, has him followed by Victor (Gus’ later on henchman murder victim) who observes Nacho disposing the evidence of his wrongdoing. Given the needed alliance between Gus and Hector, yet also, hatred Gus has of Hector as revealed in Breaking Bad (He murdered the love of his life), we’re uncertain what Gus will eventually do with this information.

As for Mike, he has quit his old job as a security guard and is cozying into his new position at Madrigal as a security consultant. Then, out of nowhere, or possibly boredom, he seemingly infiltrates the organization he was hired by. We’re not sure why, but it’s mostly to send his new boss Lydia a message and to showcase the build-up of his eventual career. Which seems slightly unnecessary, as we the audience already know how amazing Mike can be. Though many of his scenes can be seen as a reminder to the audience, whom he is fighting for (his granddaughter) and the kind of person he is (the fixer/infiltrator).

There’s also an interesting conversation at the break room while Mike is playing his round of intrigue, a conversation about who would win in a fight: Muhammad Ali or Bruce Lee. Mike chimes in and the scene is quite a signature piece of Vince Gilligan storytelling, showcasing moments of grounded world building.

Better Call Saul was always the buildup to the dramatic change between Jimmy McGill into Saul Goodman going from out of luck conman with a heart, to complete scumbag lawyer. This episode ties up the end of last season but also showcases a rather drastic moment of potential change.

Many of Jimmy/Saul’s moments in the episode are filled with silence. Moments are spent reminiscing about Chuck, his legacy, and achievements, yet not through Jimmy… but through Howard Hamlin (Patrick Fabian), who sets up his memorial.

Instead, Jimmy spends most of the episode in silent grief completely out of it. The cinematography is stylistically shot, brilliantly focused on objects and out of focus subjects. There are subtle hints of distraction littering almost all of Jimmy’s scenes and keeping him uncharacteristic quiet up until the end.

It all serves as a brilliant build-up to the most powerful moment in the episode. Where towards the end, Howard blames himself for Chuck’s suicide. He confesses to Jimmy that he pushed Chuck out of the law firm, as a result of an insurance company’s decision to raise malpractice rates due to Chuck’s mental health condition.

Again, this plays on the element of secrets. We the audience know that the reason the insurance raised, was out of spite by Jimmy himself.

This takes us to the climax. The look on Jimmy’s face as he double takes during Howard’s revelation out of bewilderment. That we the audience, and Jimmy himself, know that his actions indirectly killed his own brother.

And what do we expect? A moment of remorse? Of guilt? A startling moment for Jimmy to regain some semblance of moral consciousness?

Once he hears the news, he moves on. Not necessarily happy, but not miserable either. Jimmy goes onto feed his fish, make some coffee, and continues on his day with a pep in his step.

There is something incredibly jarring about this moment. It has many implications for the character and is a wonderful cliffhanger to end on.

Perhaps with Howard’s confession, in a twisted, Saul Goodman sort of way, Jimmy has deflected the blame entirely away from himself. Especially knowing that Howard is taking on the guilt. Or perhaps, Jimmy has now accepted that he inevitably hurts those closest to him, and so chooses to let it all go, rising above the fallout like smoke from the ashes.

We’ll only know as the season unfolds. Though the moment operates so contrarian to the episode, that it leaves us with the sense that this is Jimmy’s metamorphosis. His perhaps even initial transition, into Saul Goodman.

Overall, it’s a very good segway to open the season. Wrapping up the old beats of last season, while opening the possibilities this one. While nothing very memorable happens save for the last scene, the foundations are laid out for a conflicting season. Above all else, the stage is set for the birth of Saul Goodman.