A Space Heist With A Twist on ‘Killjoys’

In this week’s episode of Killjoys, a new normal is established where Team Awesome Force must figure out what’s going on with the half human/half Hullen baby with a massive growth spurt, meanwhile children are disappearing on Westerley, and a super sweet heist happens in a place called Utopia. 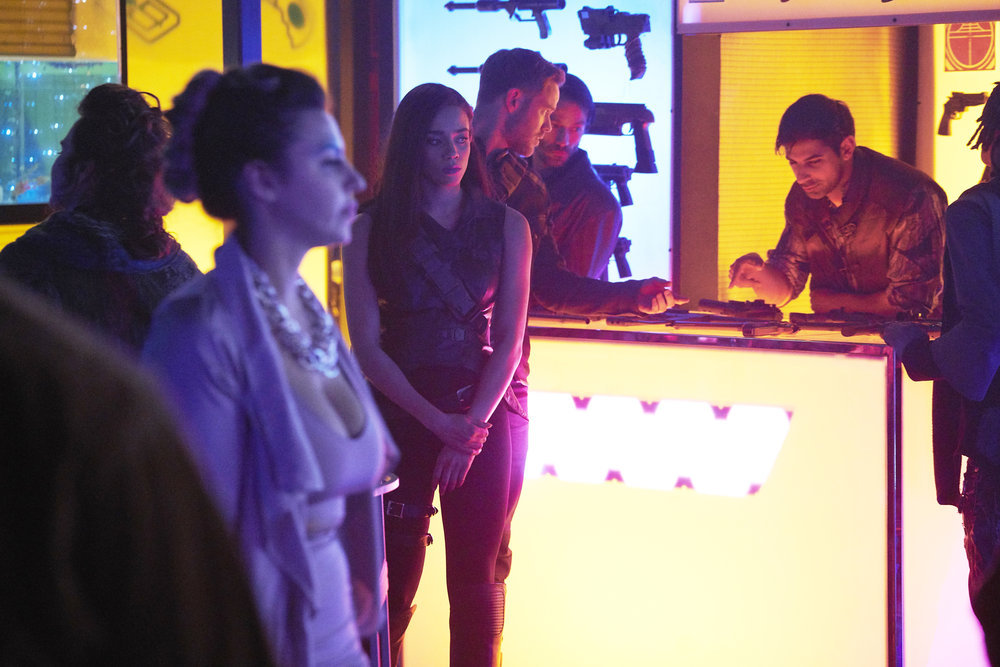 With D’av/Aneela/Delle Seyah’s hybrid child growing at an astonishingly rapid rate, the kid doesn’t have long unless they can figure out a way to stabilize him. Since he has both Hullen and human genes, the Hullen ones keep repairing the human ones which causes the massive growth spurt. Johnny says that this is somewhat similar to having a virus and they need an expert in bioweapons. Pippin comes to their aid and tells them about a guy named Craven who is currently located on a giant pleasure fortress called Utopia.

Team Awesome Force heads there instead of going back to Aneela’s armada where Turin and the others are. The R.A.C. officer is able to tell Dutch that children are going missing on Westerley once some power is restored on the armada and that he’s sent Fancy down to investigate. Dutch believes that The Lady is behind it as she has her people search for D’av and Aneela’s son. Not wanting to bring the kid in more harm’s way, she instead sends Pree back to be her eyes and ears while Zeph is still trying to figure out how to slow the aging process.

Pip, D’av, Dutch and Johnny head into Utopia with the first two attempting to get a meeting with Craven. When that fails, Team Awesome Force reveals their real plan which was to kidnap the expert and of course everything goes wrong. D’av is to serve as the distraction by robbing the main lobby of Craven’s establishment while Dutch and Johnny ambush him inside the safe room. Except we discover that the guy they are looking for is no longer flesh and blood but has uploaded his consciousness into a digital format. Inside the safe room, time is running out for the duo as a toxic gas is pumped in thanks to Craven. With the effects hitting John harder, he instructs Dutch to reprogram the system and then tricks the digital intelligence into ejecting himself onto some portable drives. 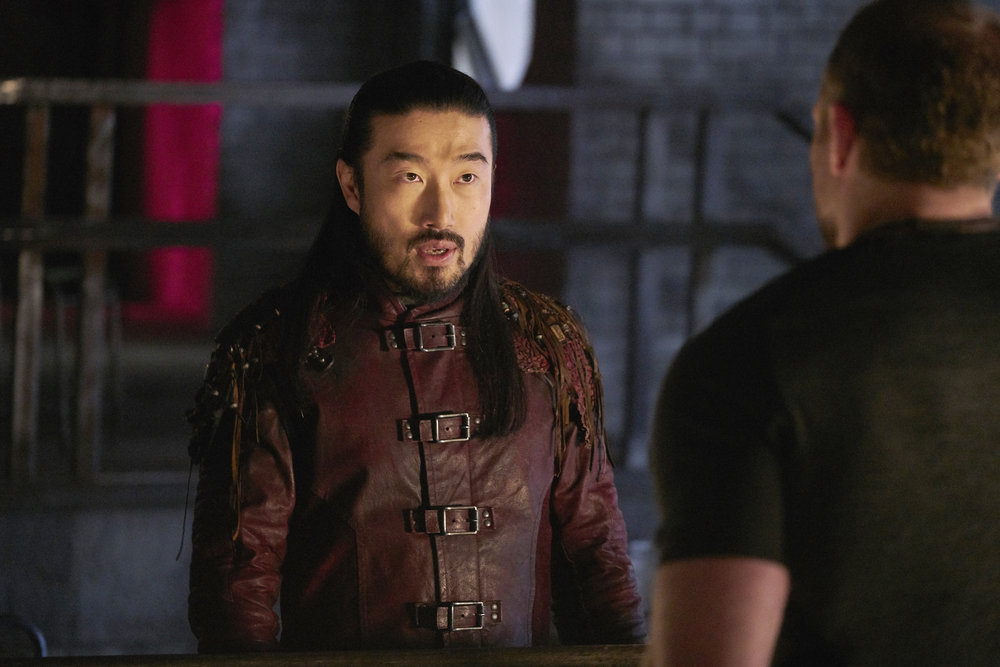 Meanwhile on Westerley, Fancy has met up with Gared who is managing The Royale while Pree is away. The two talk to a woman whose daughter was taken by two men wearing hoods and red lasers near their heads. Fancy is able to see a hand print on the door after shining an ultra-violet beam on it. They finally track a drunk looking man who places his hand on various doors. Awhile later two hooded men appear and Gared goes after them wanting to prevent another child from being taken. Unfortunately though he is beaten and taken in for questioning. Fancy tries to help but is shot by the drunk man. He regains consciousness after being found by Pree passed out on the street. When Gared wakes up he is inside a room lit with white light and the kidnapped children are there with him. The individuals who’d taken him appear to be Hullen lab assistants. 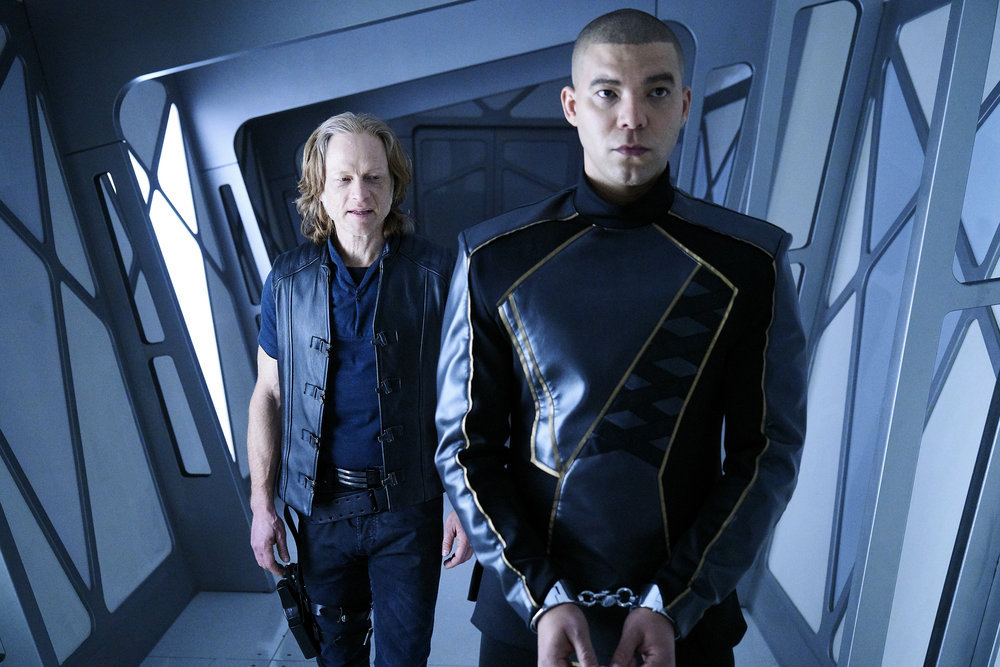 The Dolls Wake Up

Back on Aneela’s armada, Turin is using the revived Hullen to help him figure out how to re-power the ship with more plasma. He is led to another part of the vessel where he could have sworn that the dolls they initially placed in that section were facing a different direction. Once Turin and the other man go inside the room where they see that the green in here have also been frozen solid, they hear noises and go back outside where the group have disappeared. Turin has the woke Hullen help him find his compatriots and they are soon able to locate them. But eerily they are all now awake and point their weapons at the duo. As Turin is about to engage, the other male holds him back and they aren’t attacked as the dolls rush passed them seemingly with under orders from The Lady. The woke Hullen (who has now remembered his name) takes Turin to the hangers because the dolls have all taken ships and left the armada for some unknown destination. 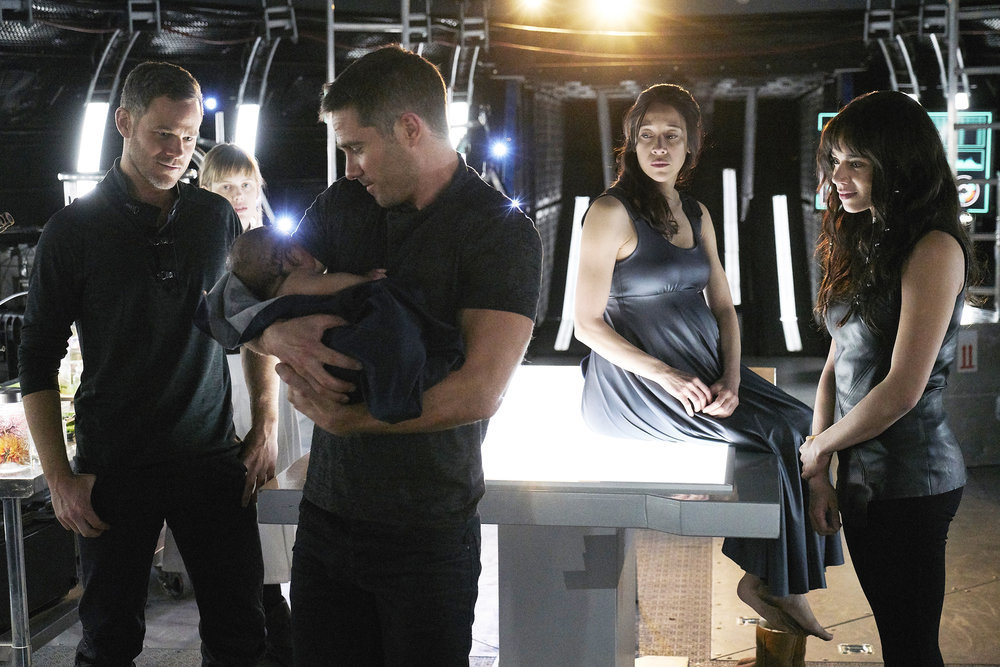 Meanwhile D’av/Aneela/Delle Seyah’s kid is not having a great day either. He grows from a baby to a toddler in a very short amount of time because of the Hullen genes in him repairing his “dying” human cells, forcing them to grow at an accelerated rate. Zeph and Pip are having a hard time keeping the kid fed because his body is consuming so much energy. Their solution is to get the help of bioweapons expert Craven who is now currently on some portable drives. Johnny has to negotiate with Lucy to allow him to put Craven into her system so that he can help determine how to stabilize the kid’s growth spurt. Once connected, the Killjoy informs the digital intelligence entity that they have a rapidly evolving genetic anomaly that needs an antidote. As the cure is being worked on, the nasty Hullen spider being controlled by The Lady makes its move and takes over Pip’s body. He takes the kid into Utopia with him and secures them passage to some place designated by her evilness. As the younger male asks where they are going, The Mouth answers she’s waiting but the child ominously says that they’ll be dead before you see her. Luckily Team Awesome Force is able to catch up with them before they leave and Pip is completely confused and doesn’t know what he did. D’av knocks the would be kidnapper out with his noggin and tells the kid that he’s his dad.

Back on Lucy, Pip is sedated and tied up with Zeph wondering what he’s done. She genuinely knows he’s a good guy and so is super confused by the turn of events. She tells Dutch that she’s going to run all sorts of tests to get to the bottom of this. The kid in the meantime is in a chamber being administered the antidote to stabilize his cells. As D’av asks his son if he’s ok, the young man asks in return if there’s anything to eat. Oh puberty!

After John sends Craven back to his point of origin within Utopia, Delle Seyah stops by and asks if the kid is really her child whom she last saw as a baby (she’s been sedated for most of the episode). He confirms this and the two ex-Hullens share a moment together having recently regained the full spectrum of their feelings. She asks him when does it go away and Johnny says maybe when she starts making amends for all the terrible things she’s done.

Throughout the episode Johnny and Dutch have tried to chat more about the story Khlyen told her while in the green. There appear to be discrepancies from what she remembers versus how he recalls things and as they both realize this that’s when they start to figure out when her old mentor was doing. Johnny then wonders what if the assassin from that mission is still out there because the man was only held by the R.A.C. until he was transferred to his system. Dutch frowns at this because the assassin was a woman and he argues back that it was definitely a dude. It dawns on her that Khlyen knew The Lady would get inside her head and look at her memories and so he hid something in the story that only John would know was wrong. D’av adds that it’s a code in her head. 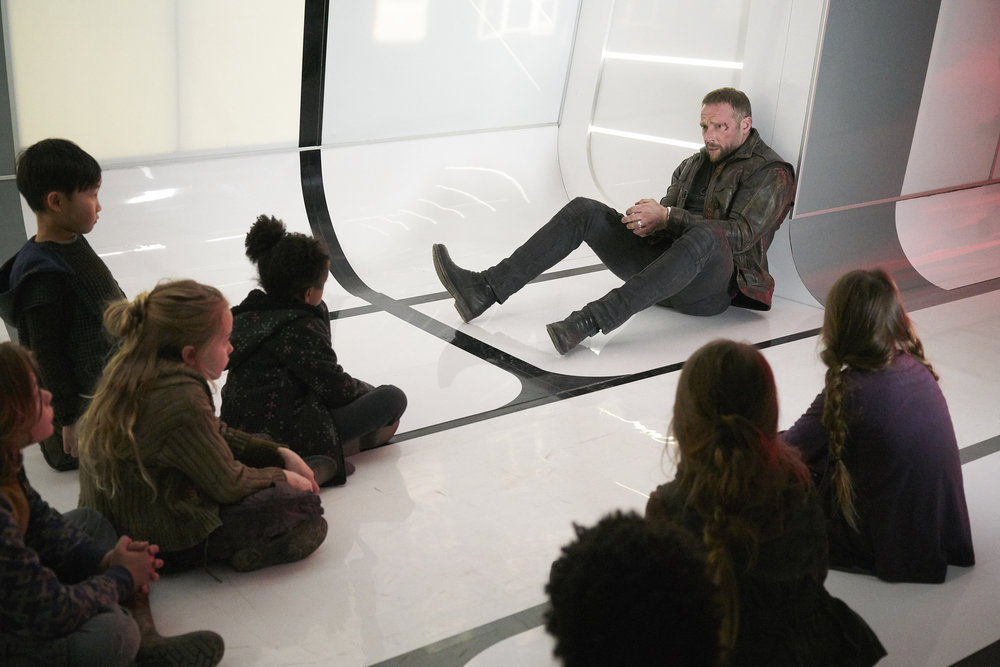