Behemoth’s Pit People finished its closed beta over the weekend and thusly, I have opinions on how the beta went down. I feel a bit like a liar for even titling this piece as “first impressions” because the beta wasn’t my first time with Pit People. I will concede, however, that playing the Pit People beta was the first time I was able to test everything the game has to offer. In previous play attempts, I killed all of my characters during the first major battle. (I’m EXCELLENT at video games.)

Since this is an impressions piece, I won’t go all review-y on the game but instead just talk about what did and did not work, what I’d like to see in the final product and so on, because Behemoth values my input as a loud-mouthed gamer with opinions out the wazoo. (That’s a slight at myself, not at Behemoth. They’re actually quite good at responding to feedback.) 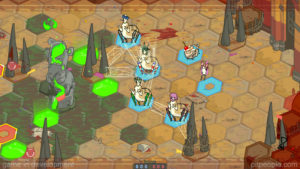 To start, Pit People is a strategy game that follows a rag tag group of warriors as they make their way around the oddly hexagonal-tiled world. Their duty is to stop the evil Space Bear God Thing from destroying everything they love, including their parents, kids, and some weird bug creature that looks like it would be right at home in Image Comics’ SAGA. Like any RPG, you can follow quests from a board inside the main city of the game, but if you want to fly your own freak flag, you’re also able to participate in friendly team murder in The Pit (Arena) battleground or through some good old-fashioned PvP. 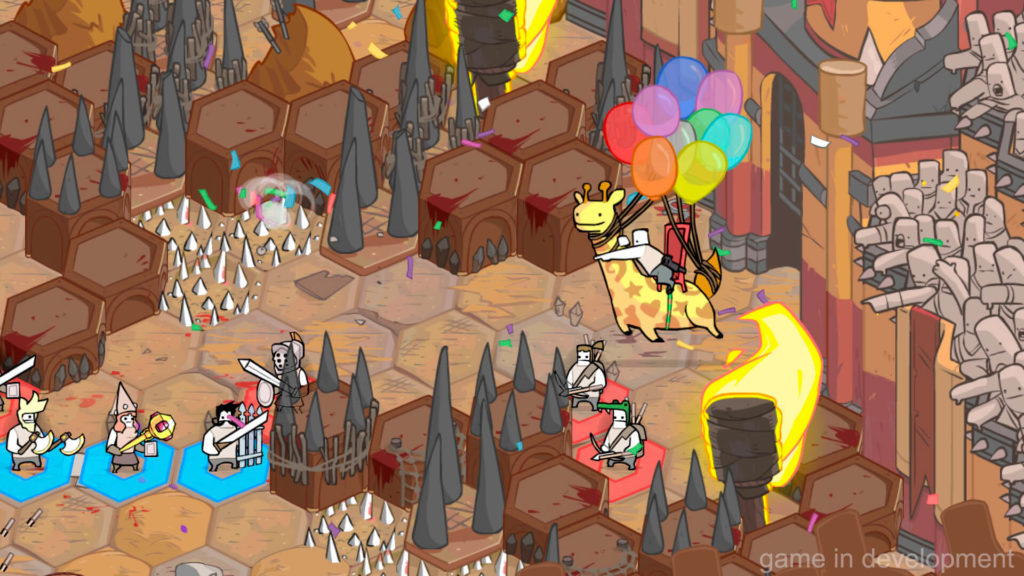 I’m excited for Pit People. It has some issues in the beta that proved to be irritating, but all in all, I think once the bugs are hammered out of the final product, it’ll be a solid entry into the genre. It’s a challenging game, not one for children under 10 or Jen’s before noon, but once you get the hang of the style, it’s engaging. Basically, if you like turn-based games that are absolutely littered with Behemoth’s classic sense of humor, then Pit People is for you.