CultureReviewsTVTV Reviews/Recaps
May 30, 2019
By: Christian Angeles
The Following is a spoiler-free review of Barry Season 2. Photo: HBO

If you haven’t watched HBO’s Emmy award-winning dramedy Barry, you don’t know what you’re missing. It’s a unique comedy that executes well on various levels of writing and acting, which is greatly due to the stellar work of SNL alumni and former South Park writer, Bill Hader. 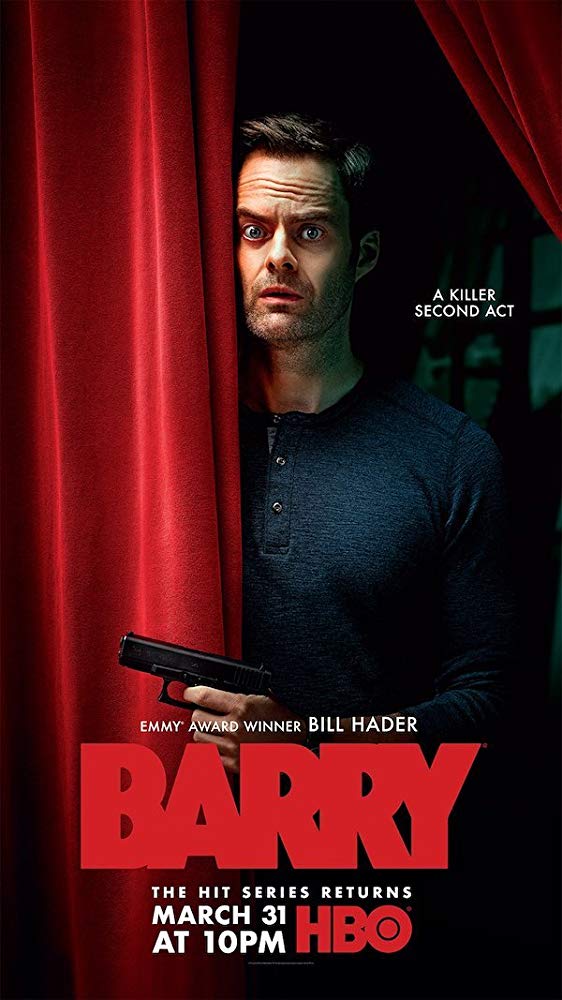 What Barry is Really About

Barry is the story about an incredibly skilled veteran turned hitman-for-hire who decides to hang up his life of killing to pursue an acting career in Los Angeles – the city of reinvention, where the sins of the past don’t matter so long as you’re talented – let alone, beautiful. Barry stumbles upon an acting class while tailing a target marked for assassination. He finds a group of supportive community theatre actors who accepts Barry for who he is (or who they think he is), and whom Barry grows an immediate liking towards – especially Sally, a woman Barry obviously is smitten over.

Finding himself at home for the first time in a long while, Barry gives up being a killer to pursue life as an actor – leading to obvious complications – as Barry’s past is impossible to fully escape from.

The show strikes a surprisingly even balance of action, comedy, and drama within its 30-minute runtime. The different tones never feel out of place, and often, ends up driving the show forward – leaving the audience in suspense and wanting more. For two seasons, Barry has been trying his best to balance both worlds: talented mafia assassin and struggling theatre actor. You’ll often find him at hard crossroads between his personal romantic life, professional auditions, and his never-ending encounters with his past as an assassin.  Above everything else, Barry seeks personal acceptance. It’s a story about whether-or-not it’s possible for a killer to live an honest life.

The tone of the series feels like a funnier version of the show Dexter, in that both are about complicated yet talented killers who seek normalcy away from their secret lives. However, each series takes different approaches. While Dexter’s drama is in the struggle to find himself, Barry’s comedy comes from the character finding themselves through acting. Because it’s evident that life as an actor will never really play out for Barry – leaving the audience constantly waiting for the other shoe to drop.

Like last season, Barry tries his best but can’t escape his history. This season the stakes are raised, as mob violence threatens not only Barry’s life but also those whom he’s grown to care about: Sally (Sarah Goldberg) and Gene (Henry Winkler). The season also really builds Gene up as Barry’s mentor, a relationship which is both helped-and-hindered in growth, by Barry’s other father figure in his life: Fuches (Stephen Root).

In terms of cinematography, the show has a very distinct style that really goes out of its way this season. Episode 5: ‘Ronny/Lilly’, directed by Bill Hader himself, is a brilliant stand-alone episode shot in a two very long takes. With a continuous camera that goes about providing great comedy, choreography, and set design – for an episode that’s shockingly funny that still manages dramatic tension. The ‘Ronny/Lilly’ episode is basically a short film within the series.

Episode 8: ‘Berkman > Block’ serves as an excellent episode on all fronts, continuing to shock the audience with this perfect blend of extra violent comedy blended with action. It also has a tense climax that brings the story home dramatically, and again, is directed by Bill Hader, himself. I’d even go as far as to compare it to Breaking Bad level of execution – especially given that both stories feature a bad man who is borderline redemptive. We root for Barry the same way we did Walter White, hoping that his life will be better. Yet, what makes ‘Barry’ original is that it never forgets that the series is a comedy. Utilizing dramatic tension more for hilarity and never ceasing to shock its viewer when it’s able to – as the show doesn’t necessarily care about the dramatic arcs. It’s funnier with set-up and payoffs that often go askew.

One of the best things about the show is the writing. We see a very earned breaking point for a lot of the characters, particularly Barry. Unlike other HBO’s shows where a protagonist devolves into a murderer in little amounts of time; Barry does a good job with it’s eight, short, 30-minute episodes. There’s enough of a character arc that approaches emotional baggage in a great way; how someone could be upset over feeling phased out and useless. The anger that might erupt – when a person who has done nothing but seeks identity for two seasons, slowly finds their world stripped away.

Without spoilers, it’s one of the best parts about the writing of season two and is a great story arch showcased this season. 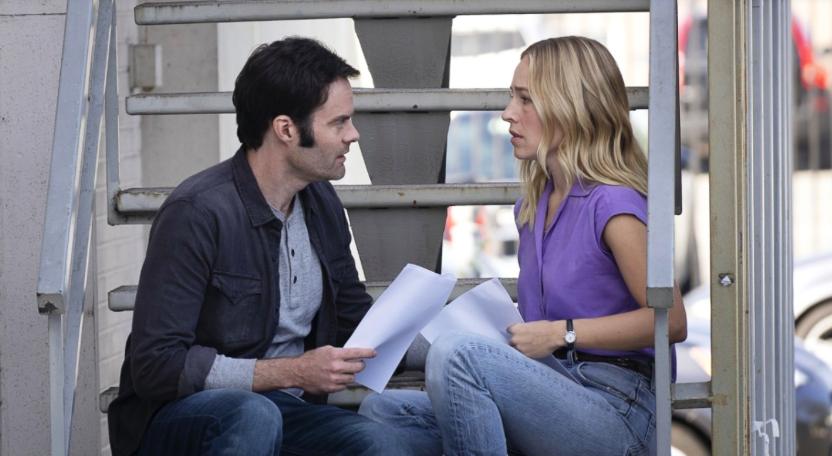 As an actor, Barry channels into his past this season, allowing him to access the emotions he hasn’t tapped into in ages. He remembers moments of his history serving in Afghanistan, the love and support he’d gotten from his old army compatriots. Most importantly, we see Barry’s origins before we met him in the series. Moments that defined very much who he is.

Sally, likewise, is fantastic in season two. She has a surprising level of depth this season, showcasing a bizarre level of self-awareness yet also, naivete. This season, she leads a showcase for the class where instead of enacting scenes from movies – they choose examples from their lives. Sally’s arc, discussing her personal history with abuse – in surprisingly powerful moments captured on screen. Sarah Goldberg does an excellent job with Sally this season, showing a smart but damaged character with serious layers, who levels out Barry rather well this season not as an object of affection or plot foil, but as an equally messed up persona, in for the ride.

NoHo Hank (Anthony Carrigan), is a positive delight this season, playing the gay Chechen mob boss with a fabulously attitude. What makes Hank great is that he’s the last person you’d expect running a mob. So this season, we delve into that and into his absolute obsessed with Cristobal, his fellow Bolivian mob boss and obvious object of Hank’s affection. His story this season is an oddly lighthearted yet darker storyline, one involving a mafia civil war and a Burmese Crime Lord. It’s probably one my favorite misdirect and directs this season – though you’ll have to watch to understand why.

Detective Loach (John Pirrucello) continues looking for who murdered his partner, Janice. He’s not too far on the tails of Barry driving some great conflicts for this season.

Gene, takes a lot of breaks from the acting class this season as he tries figuring himself out after the loss of his lover. He reconnects with his estranged son this season and as previously mentioned, really shines as Barry’s mentor. There’s a lot to Gene this season in regards to his dramatic storylines and his scenes, along with Barry’s, do a great job evening the scales of drama and comedy.

Fuches, meanwhile, continues being consistently himself this season. We get a lot of history between his and Barry’s relationship and see how he served as Barry’s father figure. Albeit one whose self-interests remained paramount above anything else.

Season two of Barry really shows the character grow and want to embrace life with Sally and Gene. He also improves as an actor this season, showcasing hints that it’s possible for him to change and be a different person. One worthy of redemption. Yet, the show never steers away with how dark Barry truly is, nor shies away from the secretly brutal past he carries with him. We root for his redemption but are also slightly terrified of his lethality. As Barry continues to make more morally ambiguous, and often very messed-up, choices. Leaving us to feel sympathetic yet scared that Barry might not, in fact, be a good person.

Barry Season three will most likely premiere in Spring 2020. Receiving great accolades for season two, season three is already greenlit and most likely will be granted a larger production given Hader’s proven skills as a director. Expect it around March again next year. Though be ready for some serious shake-ups, as a major cliffhanger ending occurs by the end of season two.

You can watch Barry on HBO NOW/GO