This Week on Awkward: VAL IS BACK!

“The Big Reveal” begins as Jenna ponders what to do with her new post-Sex and the City dream revelation that she loves Matty . She is sharply jolted out of lala land when her parents barge into her room with an important envelope. Jenna got into an Ivy League college so she can stop bringing up how not getting into SCU ruined her life. Ha, just kidding! The envelope in Lacey’s hands contains the sex of her impending bundle of joy.

Lacey doesn’t want to open the envelope yet, but instead wants to follow the new trendy trend of finding out if she is having a boy or a girl via a “reveal party.” Jenna will be responsible for planning the party since Val is still off finding herself, and Ally is always drunk. When Lacey expresses her excitement of doing her pregnancy right this time around, Jenna responds by whining “I’m sorry I was so UNSPECIAL.” God Jenna, this is NOT about you. Her wanting to make this pregnancy special doesn’t make you less special. Lacey hands Jenna the envelope and asks her not to open it, and to guard it with her life. Two seconds later Jenna goes into the bathroom, drops the letter into the toilet and like magic the envelope reads “It’s a girl” revealing the sex of the baby. 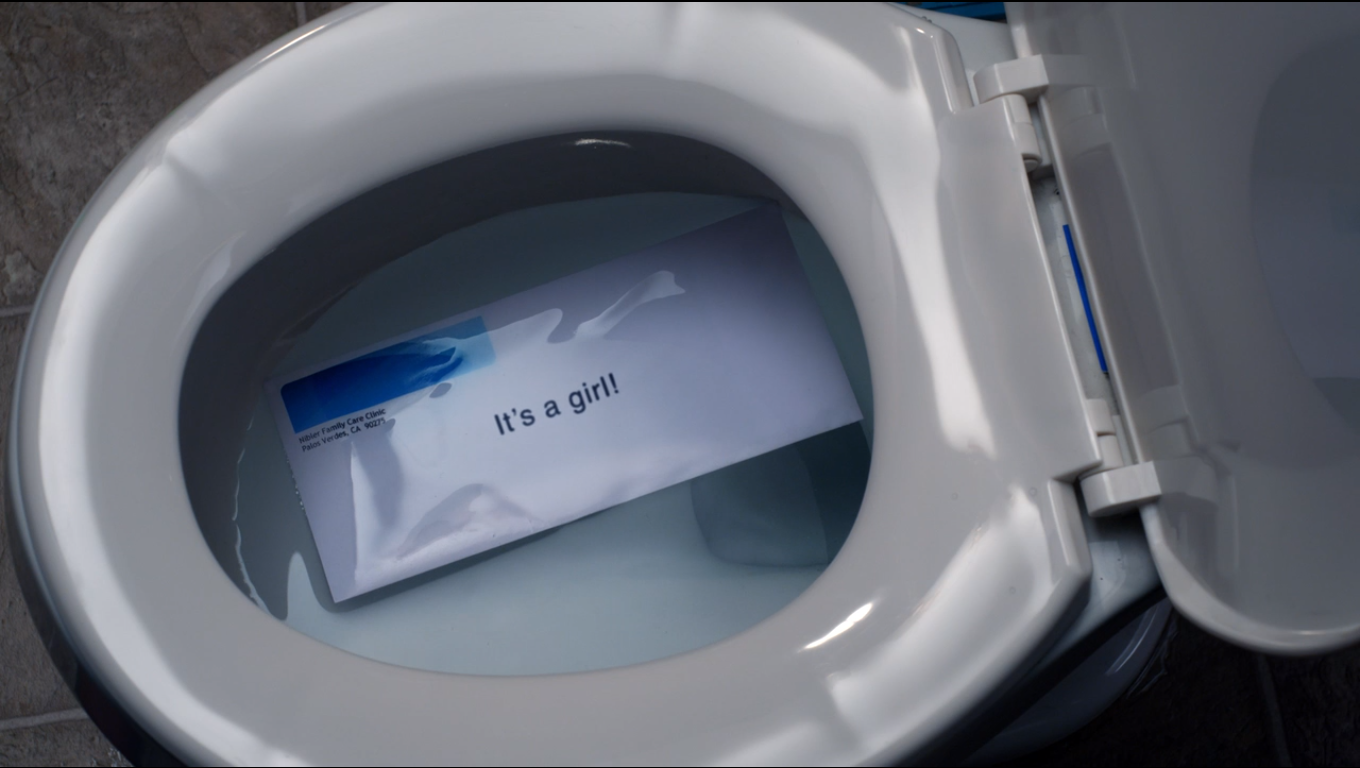 Jenna spends half a second feeling guilty about fucking up her party hosting duties (about the same amount of time it took for her to fuck said duties) and immediately starts talking to her mom about Matty. Lacey starts to get uncomfortable (because she is still holding the guilt of telling Matty to leave Jenna alone last season) but when she tries to change the subject Jenna just says “sorry my boy problems are not as important as this new baby.” Ugh, Jenna is acting like a four-year old.

Tamara: “Dial back your green monster Elphaba. Her last pregnancy was bleak, this one was chic.”

Even though there are only 25 days left until graduation neither Matty nor Jake have made a final collegiate decision. Seriously, when are college deadlines now a days? Jenna tries to pull tell Matty him her true feelings but just as the words start to come out he gets a call from Berkley telling him Matty he got the last spot on the team. If Matty feels so inclined, he could have a full athletic scholarship to Berkeley.

Because Jenna was unable to do the deed the first time, and this girl lives in her head 90% of the time, Jenna has an imaginary love reveal to Matty in the cafeteria which ends with the two making out while the entire student body cheers them on. That is so Jenna, wanting the entire school to applaud her making out with Matty. Once Sadie pulls Jenna out from her dream state, Jenna awkwardly asks Matty if they can hang out alone so she can tell him this super secret thing that she is going to keep super secret until they are alone together in private on Saturday. 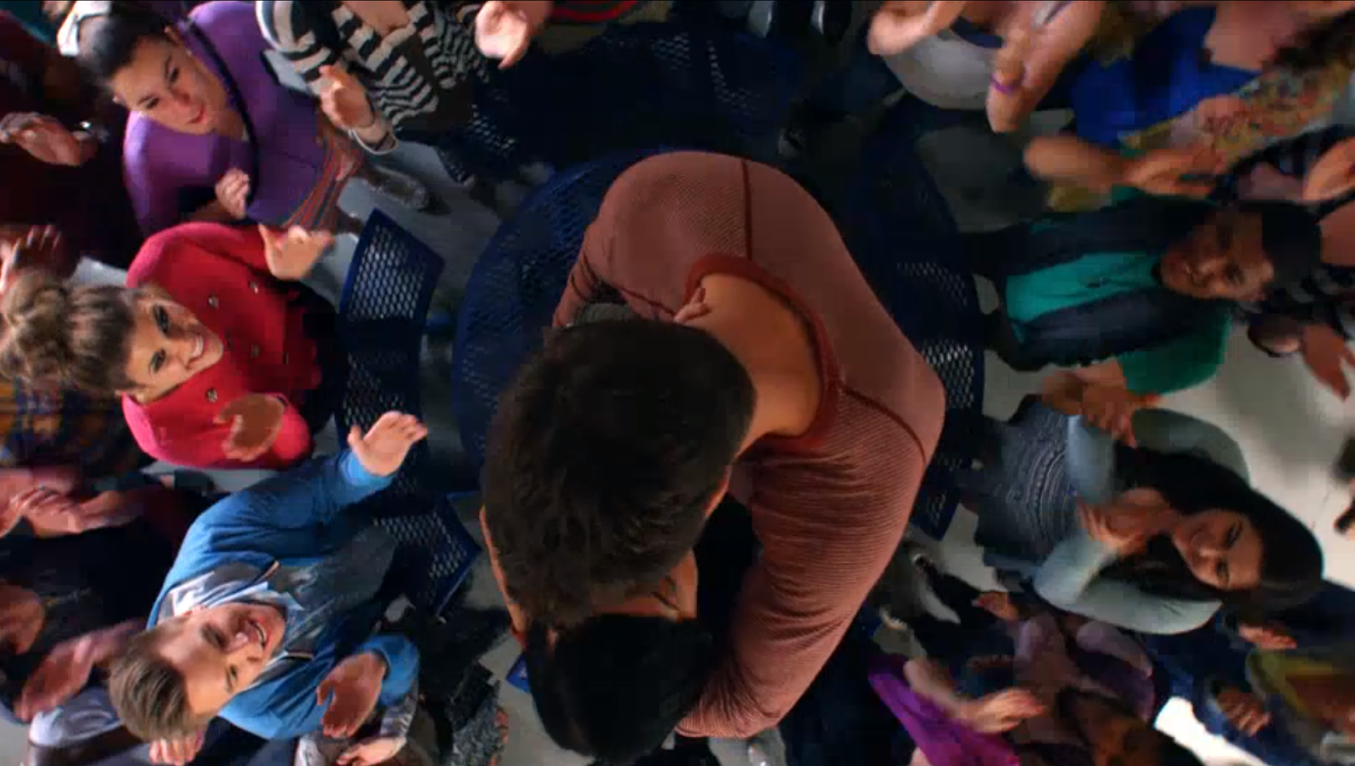 Right before the reveal party, Lacey finally reveals that she told Matty to stay away from Jenna after Spring Break due to Matty treating her daughter like shit. Also due to the fact that Jenna had already started dating a new dude. As expected Jenna gets mad, overreacts, and tells her mom that she ruins everything. Cue everyone in baby party mode and Jenna whining some more about losing her only child status. While Tamara is not front and center this episode, when she is on-screen she is priceless:

Tamara: “Your baby mamma drama has to retire!”

Next she tells Jenna to get over Matty since that ship has totally sailed. Oh Tamara, I absolutely love you this episode and always.

It is finally time to reveal the sex of the baby to the world (basically just to Lacey because everybody else knows) and then…. VAL BURSTS THROUGH THE DOOR! VAL IS BACK GUYS! I have missed my home girl so much. As she tells everyone about her “Eat, Play, Love” adventures (which all occurred at Epcot) Lacey starts getting sad that she is no longer the center of attention. Turns out Val didn’t actually travel the world, she just went to Epcot. Jenna needs this party to end so she can declare her undying love to Matty so she decides to let loose on her mom:
“For someone who wants to control every little thing, including who can and can’t talk to me, there’s one thing you can’t seem to get a grasp on… birth control.”

Jenna knows that she went to far, and after the two make up, Lacey tells Jenna to follow her heart. When the time finally comes for Jenna to open up to Matty, he starts talking about how he is thinking about bypassing his full ride to Berkeley to go to a small school close to Jenna so the two can go on ski trips. Jenna realizes that she can’t be the reason that Matty does not follow his dreams, so she decides not to tell Matty how she feels. I don’t know if I am annoyed that I sat through an entire episodes of her blabbing about her Matty love to have her not even say anything to him or happy that Jenna decided to think of someone besides herself for once.

Val Quote of the Week: YAY VAL IS BACK!!

Lacey: Epcot? That’s where you did your world travel?
Val: Yeah, I find it more realistic than Vegas.