‘Avengers: Infinity War’ is the Crowning Jewel of the MCU

In the culmination of ten years of the Marvel Cinematic Universe, Avengers: Infinity war may be its crowning jewel and boy does it shine brightly in your face. It’s hard to come up with the appropriate words that adequately describes it as adjectives like intense, emotional, beautiful, tragic, and glorious don’t seem to do it justice.

Infinity War is the third motion picture in the Avengers series and it picks up with Earth’s mightiest heroes disbanded with Captain America, Black Widow, Falcon, and the Scarlet Witch hiding as fugitives, while the others like Iron Man, War Machine, and the Vision still on the side of world governments who want to put powered folks on a registry. Without going into too much storyline spoilers, Thanos is the big game changer as the intergalactic being of enormous strength and power arrives searching for the Infinity Stones. We’ve only seen bits of the purple titan so far in the MCU, but its arguable that this film is more about him than his foes. 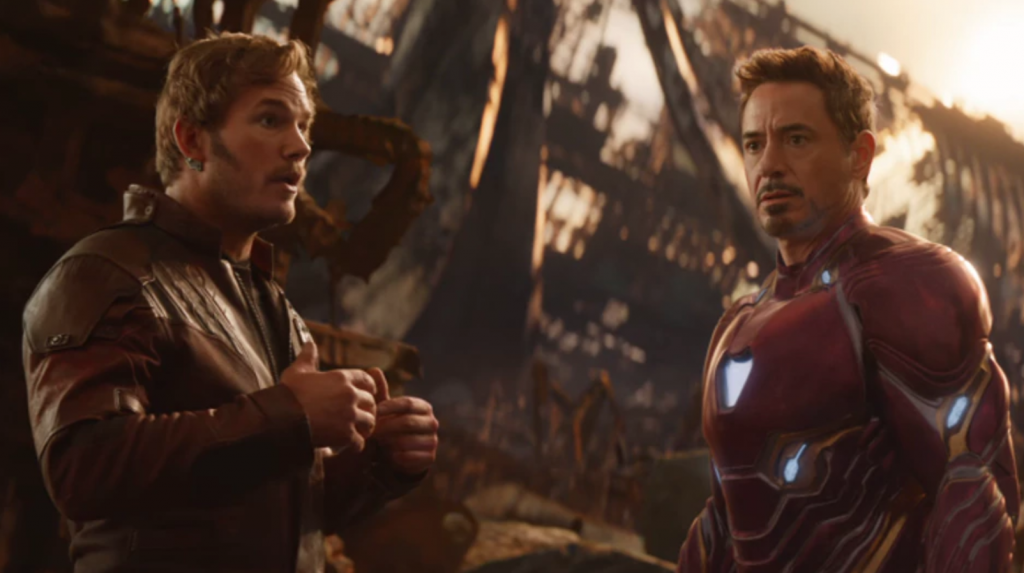 Infinity War shows audiences that Thanos isn’t simply a massive evil villain. While he certainly does horrific things, we discover what drives and motivates this character in a way that is surprising and even understandable in moments. Upon seeing the trailer for the first time I actually had an issue with the CGI, yet at some point while watching the movie I completely forgot about that and was just focused on Josh Brolin’s portrayal of the colossus individual. Not only did we learn about Thanos’s agenda, but also his backstory and his complicated relationship with his adopted daughter Gamora. Their relationship is one of the most significant aspects of the film. The dynamic between the two was riveting and Zoe Saldana did such a fantastic job in showing her character’s struggle as Gamora both hated and loved Thanos.

While there are definitely a lot of things happening on screen, nearly each part served a purpose and gave each character a pivotal moment to shine. Tony finds himself meeting Stephen Strange and Wong for the first time but is also reunited with Bruce and Peter. Thor is rescued by the Guardians of the Galaxy and embarks on a side quest with Rocket and teenage Groot. Wanda and the Vision are initially together stealing a few moments of intimacy, but soon find themselves reunited with Steve, Natasha, and Sam. Throughout the film different groups from across the MCU come together and surprisingly it works without feeling forced or pointless. There was cohesion as each subplot eventually tied to the larger narrative and at the end we are left with a huge what happens next cliffhanger. 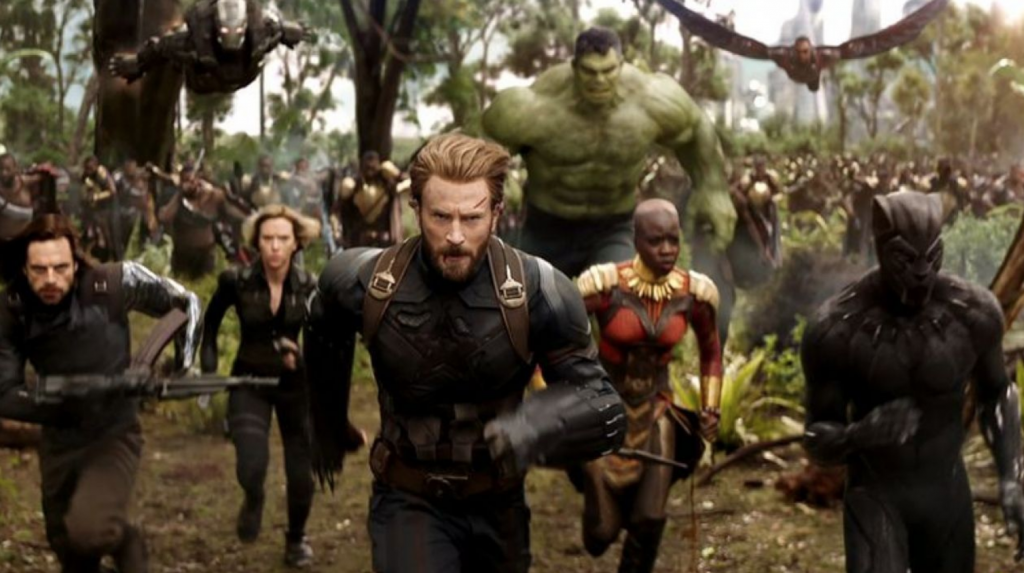 A central theme of the throughout the plot is sacrifice for the greater good and there are so many difficult and painful moments to watch as we’ve been with so many of these heroes since Iron Man was first released in 2008 (and even longer for devout comic book fans). All of these characters have experienced loss and as many faced competing egos, their differences needed to be put aside in the fight against Thanos to save the universe. Infinity War is heartbreaking at times, but it’s what makes it so good because there is real loss and consequences. These imperfect heroes are truly struggling with the stakes being so high and we don’t know how it’s going to end. The film is akin to The Empire Strikes Back in that way and the impossible situation makes audiences root even harder for the good guys.

There are those who may be tired of superhero movies and feel that the film industry is too saturated with them. As a fan of the genre, I am tired of bad superhero movies, but this is not one of them. As phase three is ending and phase four soon to begin, Infinity War is a perfect transition to enter a bold new chapter in the MCU. The world building from the last ten years and eighteen films have made this a satisfying and gratifying movie viewing experience.