‘Arrow’ and the Character Assassination of Felicity Smoak

You have been warned: Spoilers through Arrow 4×22: “Lost in the Flood”

Is there a more hated character on Arrow right now than Miss Felicity Smoak? Over the past few months there has been an outcry from fans about Felicity’s rise to power, blaming her for Laurel’s death and the destruction of Oliver’s ability to shoot an arrow. Season 4 hasn’t exactly been kind to nerdy IT hacker/CEO, which breaks my heart because I adore the fashionable nerd, but why now? What’s changed in the past season to cause such an uproar over her character?

Felicity has been an integral character since the beginning of Arrow, providing a bevy of technical assistance to the vigilante for years, but in recent weeks her character has taken a bit of a nose dive and I attribute that solely to her mother, Donna Smoak. Or rather, to the poor use of her mother as a storytelling device.

Olicity (ugh I’m sorry, I hate that ship name, too) was inevitable. Even I couldn’t deny the attraction between the couple on their first meeting. He was sweet and aloof, she was a dork. As much as I wanted the pair to stay friends, they grew on me, and I accepted they were more than the hopes and dreams of Tumblr fans. Despite my reservations about the romance, Felicity and Oliver didn’t drag the show down because of it. In fact, the romance added a lightness the show needed to keep up with The Flash and even Supergirl. Things went south on Arrow because the show needed to end that romance in a believable fashion based on the notion that good television can’t have happy couples. Breakups make for better ratings, I suppose. 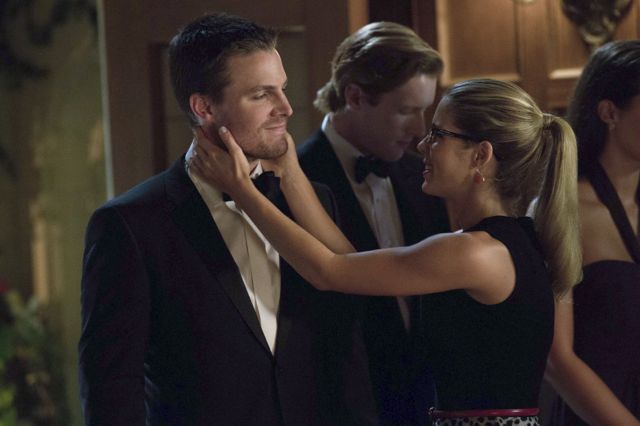 In case you forgot, Oliver and Felicity ended because Oliver hid the knowledge of his son from her and Felicity was (understandably) hurt by his actions. It’s unfair to compare Felicity’s reaction to how season one or even season two Felicity would have responded because Early Felicity was still in co-worker mode. But Present Day Felicity was preparing to marry this man, spend the rest of her life with him. It’s not too much to expect honesty from him, especially when, in her mind, she already knew his darkest secret.

Oliver is a withdrawn character, burrowing into himself when things get dark because he thinks that is the best way to cope and protect those around him. Felicity is the opposite and wears her heart on her sleeve. If she feels something, she says it and has no qualms about people knowing where she stands on an issue. If the show had played to this angle, I’m almost certain that the break up and ensuing fallout would have been better received. A conversation acknowledging Oliver’s mistake, explaining his reasoning, and so on, would have made the transition from fiancé back to friend easier to withstand.

Instead, there’s this notion that Felicity’s actions must be explained more, that there has to be a bigger reason for her to have left Oliver. And that’s where Mama Smoak comes into play.

In the penultimate episode of season four, “Lost in the Flood” and last week in “Monument Point” we were treated to a significant amount of Donna Smoak screen time. I don’t hate Donna’s character. In fact, she was originally a comic relief I enjoyed and a parental figure who was so much more than the dark “woe is me” we’ve become accustomed to on Arrow.

However, since Oliver and Felicity broke up, Felicity has taken on more of her mother’s, shall we say, obnoxious traits. Donna’s obsession with “not lying” has become Felicity’s obsession, to the point where even lovable Curtis points out the similarities between the two. Felicity didn’t break up with Oliver because it’s in his nature to hide the truth. Felicity broke up with Oliver because a lie is a huge no-no and that’s exactly why Donna left Noah years ago and Felicity is trying to keep history from repeating itself. It’s as if the writers are somehow trying to explain the breakup-that-was-promised as unavoidable because of who Felicity’s mother, and thereby Felicity, is.

In driving this point home, they’ve even taken to changing Felicity’s character to better match Donna. Her clothes are more over the top (even though she’s always been quite fashionable for an IT girl), her shoes are beyond unreasonable for someone who fights crime day and night, and her quirky nature has been turned up to volume 11 to remind us that she is Donna Smoak’s child and therefore, her bad decisions aren’t her own. 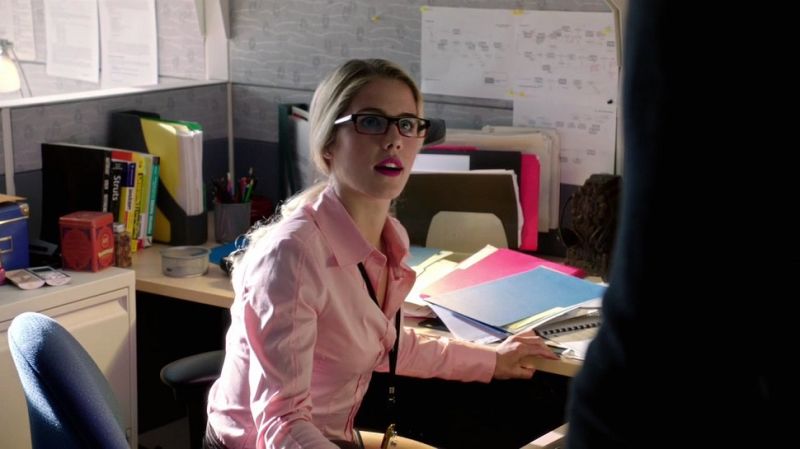 Felicity is a character who was, first and foremost, used for her brain. It was her intelligence, quick wit, and unfailing loyalty that attracted both Oliver and viewers alike. And while some of those things are still on display (she saves the world from Rubicon in the most recent episode and had some good lines like, “I am not pregnant. Is that the only news a woman can have?”), they seem to run far and few between these days. Instead of focusing on her we’re left watching as she’s caught in the middle of a marital dispute between two adults who make it a habit to single out from where she gets each of her significant character traits.

Felicity is Felicity. We don’t need to see her parents to know where she came from because at the end of the day, it doesn’t matter. What happened to the girl who joined Team Arrow on her terms? The girl who made a living off of giving Oliver a piece of her mind? The girl who said, “It feels really good having you inside me. And by ’you,’ I mean your voice. And by ’me,’ I mean my ear. I’m going to stop talking. Right now.”