‘Arrested Development’ Season 5 Review: The Good, The Bad, and The Elderly

Don’t be fooled, Arrested Development season five is funny. It edges back to its roots as an ensemble driven comedy filled with meta-references and eccentric characters stuck-in, well, arrested development: people that for some reason or another refuse to change. Which is exactly what feels wrong with this season. Especially in the wake of accusations against Jeffrey Tambor.

The following will be a spoiler-free review of the first half of this season which is available streaming right now on Netflix – with the second half to be debuted on a later date.  Given how difficult it is to separate the work from the controversy, I’ll talk about what’s objectively good and bad about the season itself, then talk about the controversy behind Jeffrey Tambor in The Elderly section.

What’s good about season five is that the developers listened to fans’ lukewarm reception of season four. Series creator Mitch Hurwitz went so far as to recut the entirety of season four into a format closer to the show’s original structure and delivery.

It’s not the best and you can see how forced the changes can be, but it’s noticeable that they tried. Better yet, that they cared, especially given that the series is continuing into its twilight seasons.

As a result we see the cast more united as an ensemble and best of all they all actually share a room together! This seems sort an odd thing to be praising, however the show intentionally stands out during these moments.

Using its traditional nod-and-wink style of comedy delivery, the jokes often play off the fact that in this world, it’s 2015. We’ve had a slew of tumultuous changes as a country. Particularly, in the housing market and tech industry – two settings the show intentionally pokes fun at through the Bluth Company and Google. In the real world we are in the midst of a controversial Trump era presidency and are even building an actual border wall between the U.S. and Mexico. This is something that Lucille Bluth herself had suggested again and again.

Despite all these changes, the Bluth family more-or-less acts as if they’ve been “with each other” this entire time. Ignoring the fact that the cast has aged rather significantly. With both the George Michael and Maeby characters, pushing well into adulthood, rounding thirty.

All the while, the series pretends tongue-in-cheek style, like nothing has happened within the five-year gap between seasons four and five, but makes subtle nods to almost all of the ways 2015 now feels quite dated. I could list them, but it’s better to see the contrasts for yourself as an audience member.

The fifth season wraps-up all the loose plotlines from season four within its first two episodes. Then goes off into its more traditional format of narcissistic family members acting out of self-interest, losing themselves in the process, but then finding themselves through each other, usually much later-on, and after some sort of consequence. Cumulating at yet another off-the-mark festival.

This is the formula that has worked for Arrested Development through and through. It works again for season five, yet I also like the show’s incorporation of Ron Howard and his family into the narrative. This seems silly, meta, but above all else like a means of getting us to the end point of the show. However, we hope this explains why Ron Howard shot Arrested Development in the first place.

The rest is pretty much the same. The clever play-on-words and callbacks to old seasons are still littered throughout the writing. The characters, while older, don’t seem much the wiser save for some callback gags and more meta-comedy jokes. Some of my personal favorites subplots of the season: Maeby pulls yet another bunch of clever schemes including one that involves: the elderly (Which I wanted to talk about at the end but felt it fit better here), George Michael and Michael still have a mixed/lingering romance with Rebel Alley, GOB explores his possible homosexuality and possible romantic love for his longtime rival Tony Wonder, and Buster is… well, Buster, a man-child who needs his mother. 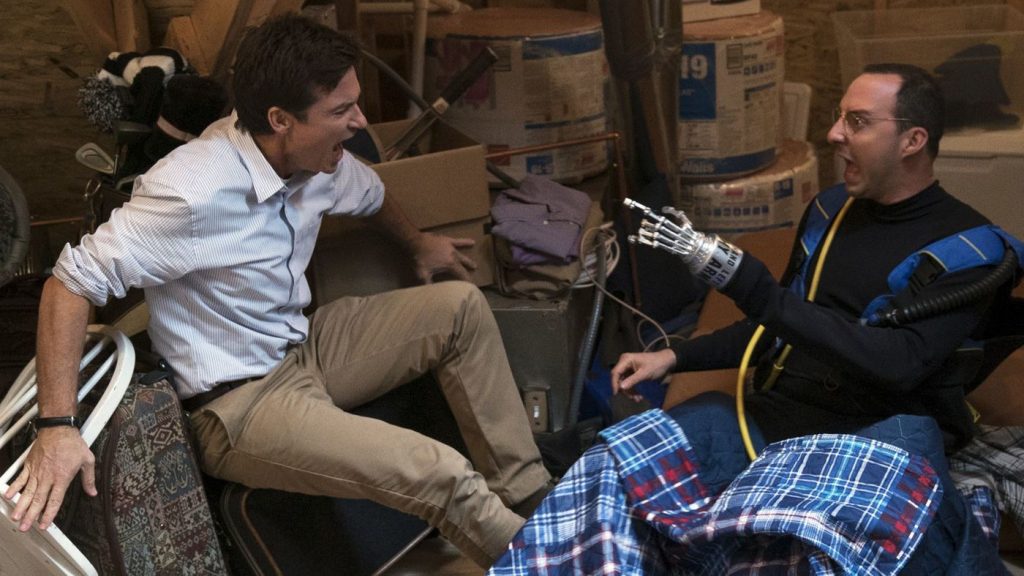 What’s good about the fifth season is that it’s a better callback to the original series with much more chemistry, a much less convoluted plotline, and a set of crazy adventures culminating in yet another holiday-that’s-not-really-a-holiday episode. 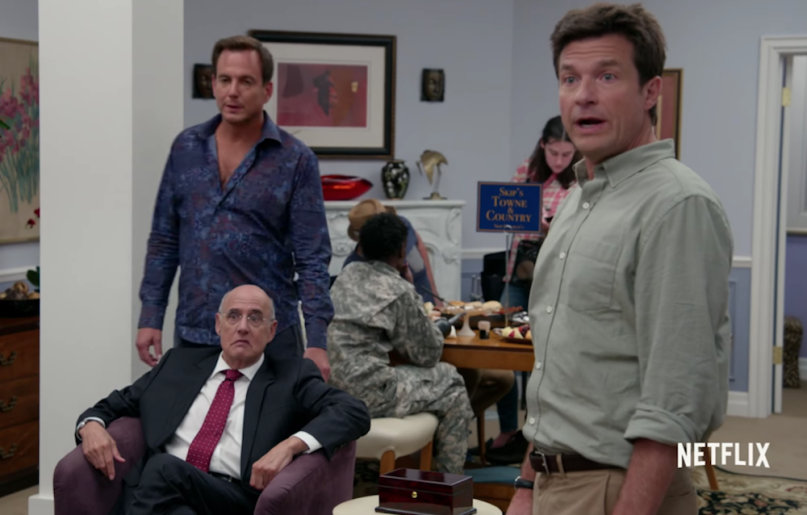 Wherein lies the problem. Five years is a long gap. With eight years even before that, the show can start to feel somewhat stale.

So much has changed since Arrested Development’s original run back in 2003. Shows like Modern Family, and the many ABC comedies about families that followed afterwards have really captured what it’s like to see layered and complicated families at odds and ends. Not just with each other as in Arrested Development, but also, with the world itself. Especially when considering narratives of race, business, gender and family structure.

Shows like Community and 30 Rock, had become cult hits utilizing pop cultural meta-comedy; a technique AD had really popularized. For that matter, The Office and Parks and Recreation cleverly utilized the possibilities of the mockumentary both as a joke and as a plot device. Even Lady Dynamite, a series co-created by Mitch Hurwitz himself, was better at absurdist humor and employing obscene dream logic.

Arrested Development is just not standing out anymore. Which is not to detract from the strength of its value in how it pioneered techniques utilized in the shows mentioned above; yet for itself the series hasn’t really made any real waves in a while. 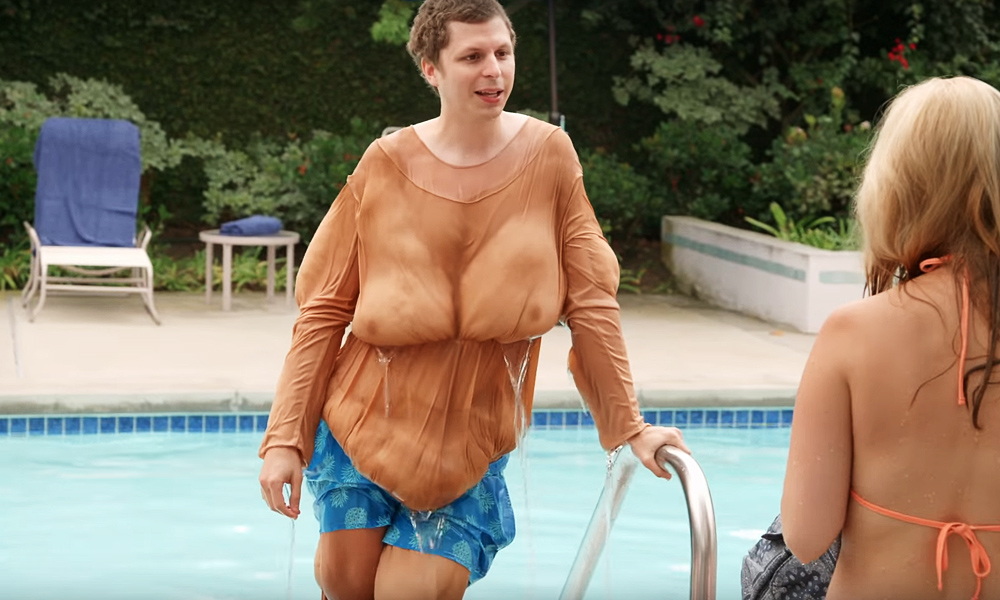 Perhaps its most creative venture was its structure for shooting season four. While I didn’t dislike season four as much as others, after a dizzying spill of reddit down votes and many bar debates later, I’ve come to realize that I’m in the minority. Personally, I thought season four was a clever in its way of going around business constrictions, getting by scheduling conflicts for a now famous ensemble cast, and working at different locations due to the lack of a dedicated set and shooting schedule.

Given what they had to work with, I thought they did a good job, but critics and fans generally panned season four agreeing that it was the worst of the series. That is until now, which is where this current season may or may not permanently reside, as fans have been lukewarm so far yet are open to seeing how the rest plays out.

Atop a staling premise, the only real notable critique beyond that is the ensemble not sharing as many scenes together as the older seasons. While this season has written the characters together more and the acting plays off each other better – the cast are still rarely fully together. Though much of that is attributed how different their lives are and I doubt the show will ever return to its total ensemble glory.

Which gets us to what most critique sites have been covering on the front page: the scandal. Jeffrey Tambor, who was investigated on sexual harassment allegations on set of the hit show, Transparent, of which, he was the title character, was fired. In a recent report, Tambor claims that much of the actions were blown out of proportion, the set being a sexually charged environment that could often get misconstrued – he also deemed insecurity as a CIS male playing a trans role as partial reasoning for his actions. Afterwards, Tambor would later be accused by several individuals he’d worked with that the actor could frequently be verbally hostile on set with one particular incident involving Jessica Walter on set of Arrested Development. In a New York Times interview with the cast, most of the male actors were chastised for belittling the situation and trivializing Walter’s pain, while only Alia Shawkat empathized with her colleague’s experience.

It should be said that none of this makes the show comfortable to watch whenever Tambor is on screen. And given how much bad press this incident has gotten, it’s hurt the show’s dwindling fanbase.

Don’t get me wrong, the series knows not to take itself seriously. While we are talking about an enjoyable ensemble comedy about a show about a family that refuses to grow, in a lot of ways, it’s just not a popular story to tell anymore in my opinion.

Most of what we see now is what I call progressive comedy. The work SNL does to be political, the critical hits of adult-themed cable dramedies such as Barry or Atlanta, or even some of the animated works such as Bojack Horseman, here on Netflix. Comedy is growing now more so than ever and it does so by going over the line. Arrested Development just seemed to stop doing.  It’s gotten… old. The blowback of the Tambor allegations in its cluttering, fumbling, lack of a timely response or decisive action, might be a sign of its time.

It pains to me say this, but I personally see Arrested Development as a product that originally ended at its prime. These new seasons really just seem like they’re playing off nostalgia to me. And I don’t blame them. It’s what a lot of movies are doing these days – just look at the new Star Wars films, including Ron Howard’s… it’s heavily divided.

Many seem like they want this to be the last season myself included. The Bluths were a funny needed comedy making bold statements during the George W. Bush era. It was important for its time, but there’s just many other places to get your laughs these days.

Still, watch it for yourself and decide.

Arrested Development is available Streaming on Netflix, with the second half of season five to air at a later date.