It’s been a long time coming, but Archer finally gets around to addressing the complicated mess of a relationship between Archer and Lana. They’re finally back together again; except this time, it really does seem different. With the pair’s passionate honeymoon phase reignited and shamelessly on display, the disgusted office drones set about trying to break them up by calling in the one and only Katya Kazanova (Ona Grauer). “Reignition Sequence” tempts Archer with the return of his former fiancé (who is now the cyborg leader of the KGB) in a relatively low key episode that tests Archer’s resolve and questions whether he’s really changed at all.

The drones hatch a plan to break up the “unspeakably revolting symbiotic mass of bodily fluids that is now Archer and Lana,” and they know that the only other woman Archer has ever loved is Katya. As Archer returns home to prepare a dinner for Lana, he instead finds Katya waiting in the bedroom. She’s received all sorts of operating system upgrades since they last met, including programming for the entire Kama Sutra and an appreciation for lacrosse. As the drones watch on from Krieger’s stakeout van (an ice cream truck, because the Rush van is too “iconic”, and also he’s been moonlighting), Archer somehow manages to resist all her advances. He eventually delivers the most sincere articulation of his love for Lana in the entire series, a touching moment that proves to Katya that he really has changed. Lana is ultimately his best friend, soulmate, and the mother of his child, and Archer would never do anything to jeopardize their new relationship. It’s a sweet moment for Archer, who seems like he may have finally reached some milestone in his personal growth, and the poignant sentimentality is still nicely balanced out by Lana discovering the cyborg vagina Katya left in Archer’s sink. 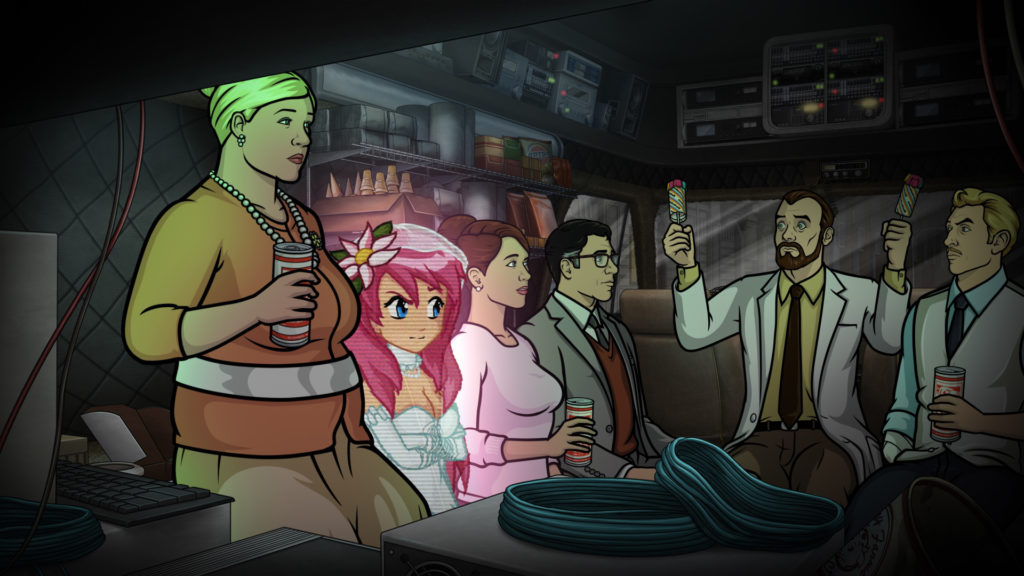 Archer is a character who thrives on being unsympathetic–his immaturity, callousness, and vanity drive a lot of the humor in the show. It’s a particular challenge, therefore, to have him believably grow and mature without sacrificing too much of his roguish charm. While Archer hasn’t changed too much, it seems he truly has at least matured enough to be a decent father and in a relationship with Lana. Over six seasons, his personal growth has been slow and almost imperceptible, but extreme circumstances have frequently revealed a more caring side of him. The key has really been the focus on his devotion in spite of his complete inability to express his emotions or behave appropriately in any given situation. How much he cares about others is at direct odds with his selfishness, and drives him to gradually become a better person. It’s a subtle, sympathetic arc that has provides character growth without sacrificing anything that makes Archer quintessentially Archer.

Once again, the drones are a ton of fun when they’re tasked with a mission to ruin. Their enthusiasm and motivation to achieve a particular goal provides a focus for their chaos, and helps to ground their storyline with the main plot. Woodhouse is notably missing, a running gag throughout the episode that makes him one of the rare characters whose absence is as funny as his presence. It’s also a shame we haven’t seen more of Malory–she’s in most episodes, but usually only long enough to register her general disgust with her employees. 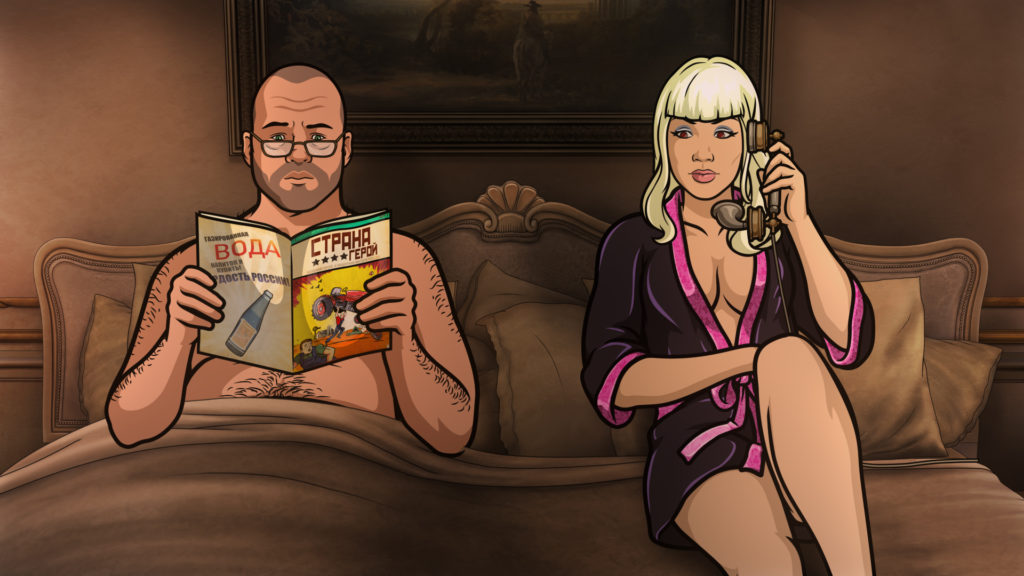 So, I think Archer has reached a breakthrough here tonight. His relationship with Lana seems like the real deal. There’s a sort of finality to their reunion; a positive coda to a long romantic arc that can be somewhat deflating for the series as a whole (see: Jim and Pam from The Office). It’s good that the series didn’t beat around the bush for too long, but I’m sure that this isn’t “happily ever after” for Archer and Lana. Notably, the relationship is still a secret from Malory, and we still haven’t seen much of wee baby AJ, so I imagine there are plenty more drama and misadventures in store.

@theworkprint
Follow
Previous article
Disney Announces ‘Frozen 2’ is in the Works
Next article
Our Dreams Have Come True: Alan Tudyk And Nathan Fillion Are Making Another ‘Firefly’ Series (Not Really)