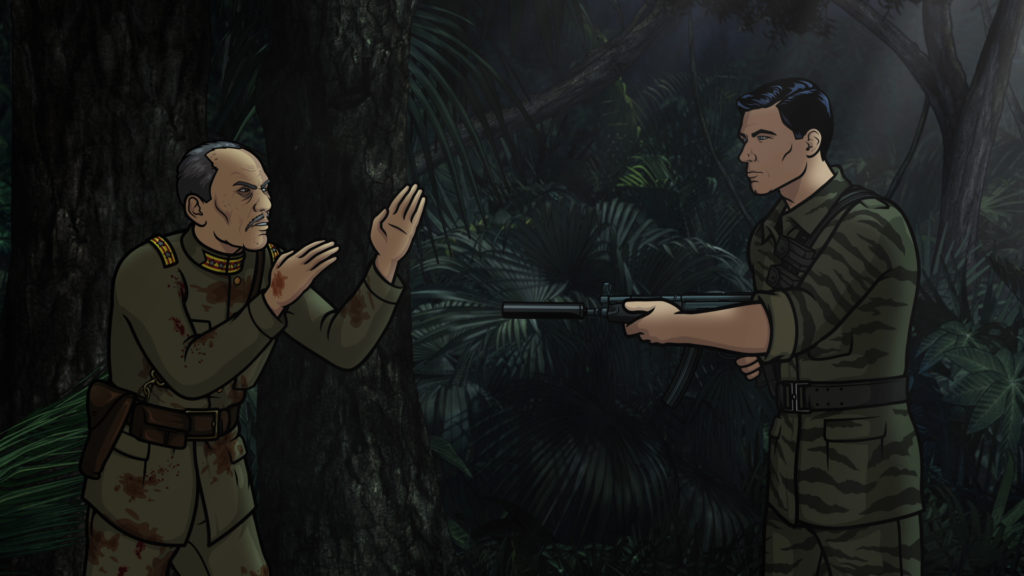 In a funny and self-aware episode, the newly “unrebooted” Archer dives right back into the world of global espionage. The employees of what was formerly known as ISIS have returned to the secret intelligence business as freelancers under the CIA, in what Malory describes as something of a merger. Our titular hero is called back into action to salvage a computer from a crashed spy plane deep in the jungles of Borneo, while the rest of the group are introduced to their newly renovated office.

In many ways, last season’s foray into drug smuggling, gun running, and country singing was a significant departure for a show so heavily rooted in its super spy premise. Archer Vice opened a lot of narrative opportunities for characters such as Cheryl and Pam who, not being spies, usually necessitated contrived reasons to tag along on missions. It also represented an attempt to break the creative fatigue of Archer’s “mission of the week” formula. It’s therefore somewhat curious to see the show return to its old paces without skipping a beat, but the writing reflects this self-awareness and a strong confidence in its foundation.

Everything picks up more or less as it was before, and the episode is littered with the show’s numerous running gags right from the start. The employees visit the newly renovated offices, only to find out that Cheryl and Pam had it restored to match the old office exactly (complete with squeaky drawers and stains). They did, however, set up an elaborate hologram to fool Malory. She thinks she’s having a stroke as her dream office disappears before her eyes, but the toast she smells is just Milton, a mobile robot who makes toast. Aside from Milton, the only other new thing in the office is a secret Japanese sauna that the employees keep hidden from Malory. They continue the tour but Lana doesn’t see the point because “it’s all just the same as it was.” Cheryl replies, “Exactly! That’s the whole point!” 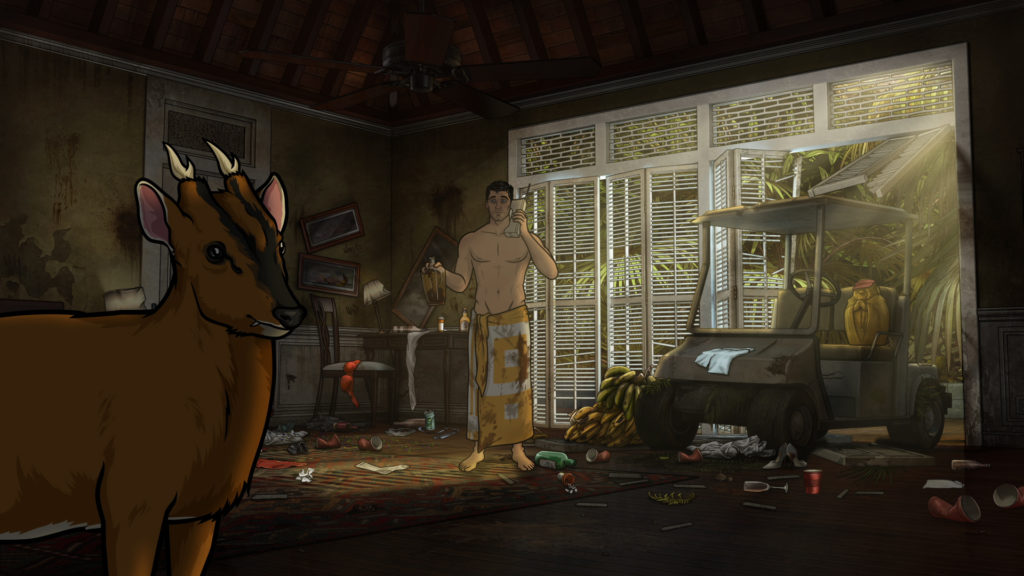 Meanwhile, as Archer travels through the jungle towards the crashed plane, he is ambushed by Ken Sato, a stranded Japanese soldier who still believes that World War II is ongoing. When Archer later uses his sat phone to cycle through proof that the war has ended, he mentions a link to an episode of The Six Million Dollar Man “about this exact thing we’re doing right now” (Season 2 episode 14, “The Last Kamikaze,” for those curious). They bond, in so much as Archer can bond with another human being, and Ken begrudgingly helps Archer complete his mission in return for passage home. At the extraction point, Ken finally gets to talk to his wife on the sat phone, a touching moment made more poignant by Archer’s investment in the reunion. As ever, Archer’s childlike enthusiasm for the personal connections he craves but doesn’t know how to properly foster is an endearing counterweight to how much of a jackass he normally is.

All the narrative shifts from the previous seasons are intact: Lana is the proud mother of Abbiejean, who is the product of artificial insemination using Archer’s sperm. We’ll see plenty of Archer’s struggles with fatherhood, but I’m actually more interested to see what twisted form Malory’s notorious parenting strategies will take with her new grandchild. Also, lest we forget, Krieger might have been replaced by his clone last season. Notably, he forgets Pam’s name, though I wouldn’t necessarily put that past non-clone Krieger. Those aside, it seems like we’re jumping straight back into the old spy missions we know and love. It remains to be seen whether this “back to basics” approach to season six will pay off or quickly grow stale, but mostly it’s just great to have Archer back.