A Heartfelt and Creative Endeavor, A Parks and Recreation Special gives fans a fun revisit to the world of Pawnee while raising money for Feeding America. SPOILER-FREE 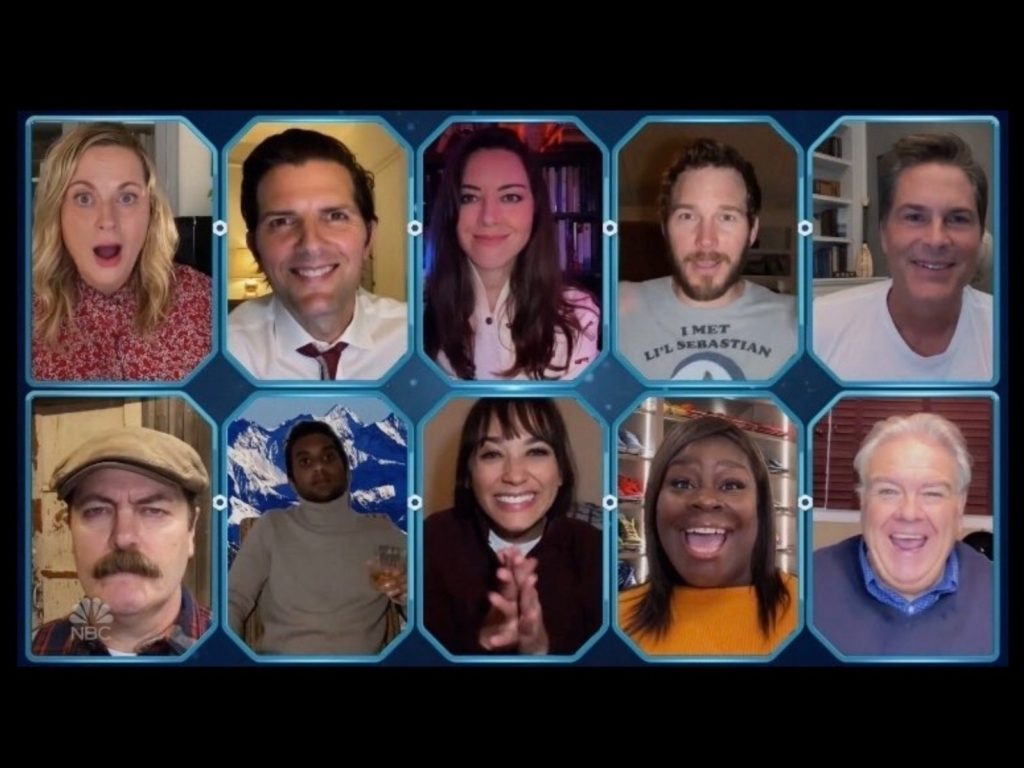 Parks and Recreation is one of my favorite shows of all time, probably my favorite live-action sitcom. The seven seasons and 125 episodes took me through a whirlwind of emotions, and it’s a trip down memory lane that I rarely hesitate to revisit. So, when I heard they were doing a reunion special, I squealed with glee.

Working around the current situation, A Parks and Recreation Special is set during COVID-19, with each member video calling each other. Leslie Knope (Amy Poehler) has developed a calling system to make sure everyone checks in on everyone. This gives the viewers an insight into how each character is holding up, highlighting each person in their element.

Every single one of the core crew returned for this special, plus a handful of amazing cameos. Poehler leads the charge and does her due diligence as the everlasting glue of this Parks department. Her intensity and radiating positivity is a welcoming presence.

There are plenty of great cameos and callbacks to the series, but I really don’t want to spoil them. UGH! So good.

Creatively, this special is impressive.

The script was written in the course of three days, and it effectively hits the marks of each character while moving fluidly through the story. It honestly feels like the show didn’t miss a beat since ending in 2015.  Nothing felt forced, and any information revolving the crisis was addressed in a way that made sense in the realms of the world.

The visual elements worked really well. Every actor had iPhones and tripods sent to their houses, which helped them during this isolation staycation. Each frame was composed to set the tone for the individual calls, and it really reflected their personality. Also, the character would manipulate the screen and change the names shown, letting them have fun with the process.

I absolutely loved this. Though plans of a Parks and Rec revival were never in the cards, the current pandemic brought it to reality. The special also acting as fundraiser for Feeding America really exemplified what Leslie Knope is all about. Doing good for the people you love in the place you love. It was such a joy seeing the characters all together again, and it made me really miss the show. If you have seen the show, do yourself a favor and watch. If you haven’t, go watch the show, then the special.

Parks and Recreation the series is available on Netflix or on NBC’s website with a cable subscription.

You can also donate to Feeding America directly (which is the purpose of this special).

Previous article
‘Harley Quinn’ Season 2 Episode 5 Review & Recap: Batman’s Back, Man
Next article
What We Do In The Shadows episode 2.05 Recap – Unfinished Siphoning