Next week sees the release of Furious 7 in theaters, the latest entry in the Fast and the Furious franchise. The franchise has spawned more sequels than anyone could have ever imagined, leading us over at The Workprint to take a look at what made this series prosper where so many have failed.

Every day this week we’ll tackle the next movie in the franchise, leading up to our review of Furious 7. Buckle up and join us this week as we all prepare for Furious 7 and that one last ride. 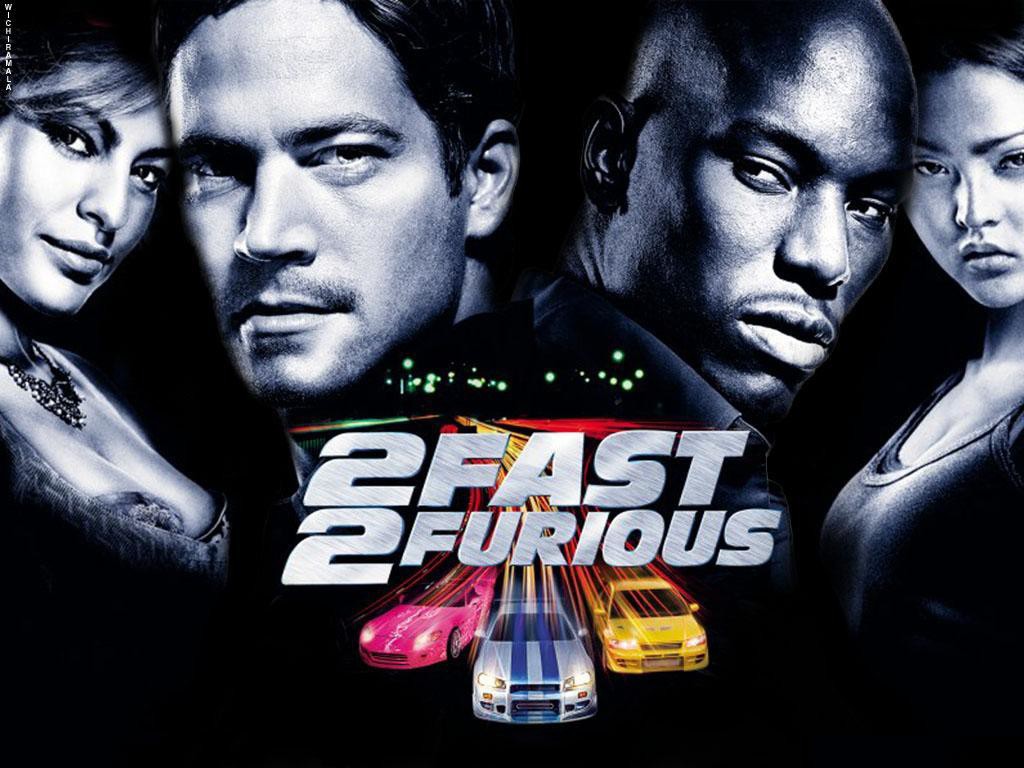 If The Fast and the Furious was cheesy, its sequel is Velveeta. Zero substance, it’s terribly unhealthy for you, you don’t even want to know what’s in it, and yet, you can’t help but eat it up. The story follows the original, as Brian O’Connor (Walker) has made his way down to Miami and is, surprisingly, racing cars. He gets caught by the police and they offer a clean slate if he agrees to bring down drug lord, Carter Verone, while working in tandem with fellow undercover agent, Monica Fuentes (Mendes). After enlisting the help of estranged BFF Roman Pearce (Gibson), Brian goes undercover yet again and takes down the bad guy with cars. Vroom vroom.

There isn’t a plot in this movie, despite what the creators would have you think. Don’t expect it to be anything other than mindless fun. Go into it with an open mind or an empty brain and it won’t irk you too much. The dialogue is cringe-worthy at times, full of “bros” and cliched “I’m a bad ass” phrases. At times it sounds as if it were written by a sixth grader.

I know man its getting thick real quick. We need some way out through some kind of exit strategy.

But in truth, it is good fun and I liked seeing the Nissan Skyline in action and Tyrese is funny (and pretty).

Which one was this again?
The one with Tyrese Gibson and Eva Mendes. It’s aalllllll Miami.

The introduction. Even though the gear changes are absurd (they all must have hella strong legs from slamming in that clutch so much), it’s by far the most entertaining sequence. I love the bridge jump.

Roman: He did the stare and drive on you, didn’t he? He got that from me.

Or “something something, homeboy.”

Oh, it’s fast. In fact, the movie would have been much improved had it only been the racing scenes, as the plot was mediocre, at best. (A tactic later movies would pick up.)

Not as much as the first movie. There isn’t nearly as much (if any) tension throughout the film. It’s obvious it was meant to show off the racing, explosions, and flat abs. Brian is as still as a pond and doesn’t cause even so much as a ripple throughout. It’s Roman who could have had the internal struggle over staying loyal to Brian or ditching him, but…he doesn’t. He just goes along for the ride making snarky quips along the way.