MoviesSpecial Features
March 28, 2015
By: Will Fan

Next week sees the release of Furious 7 in theaters, the latest entry in the Fast and the Furious franchise. The franchise has spawn more sequels than anyone could have ever imagined, leading us over at The Workprint to take a look at what made this series prosper where so many have failed.

Every day this week we’ll tackle the next movie in the franchise, leading up to our review of Furious 7. Buckle up and join us this week as we all prepare for Furious 7 and that one last ride. 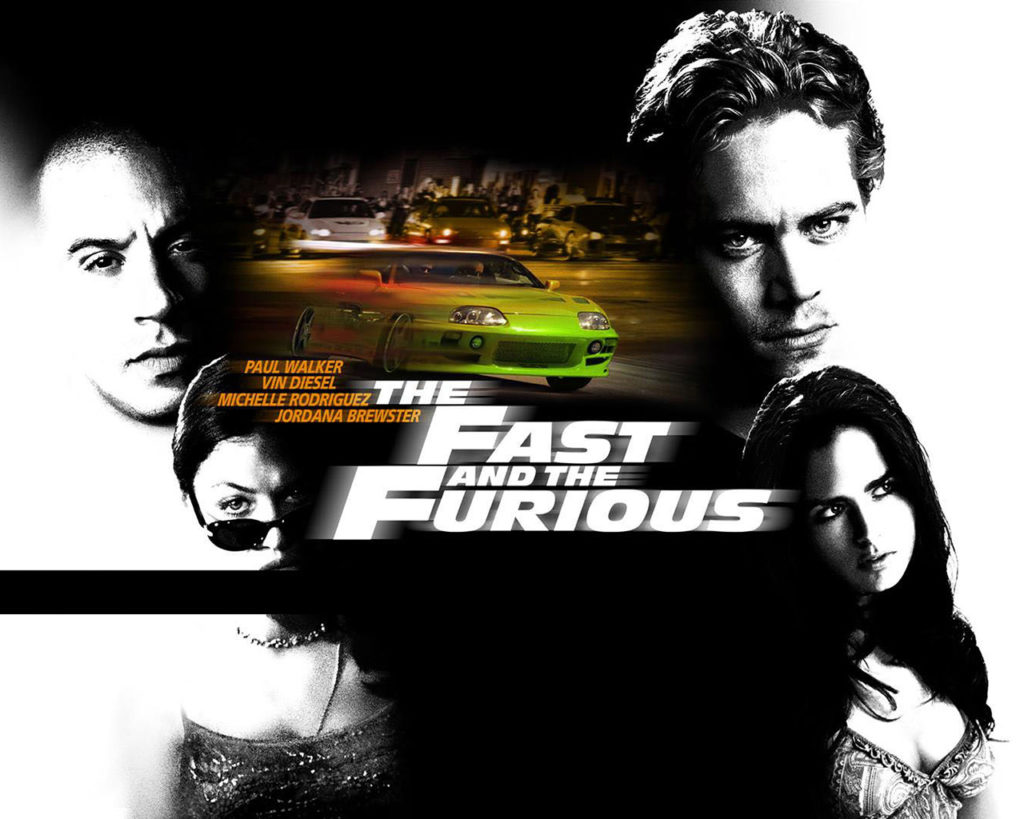 The film that started it all, The Fast and the Furious (2001) stars the late Paul Walker as Brian O’Connor, an LAPD officer sent undercover to infiltrate the world of illegal street racing. Attempting to find those responsible behind a series of dangerous truck heists, his loyalties begin to waver as he finds himself growing closer to Dominic Toretto (Vin Diesel) and his crew of racers. The film has since been eclipsed by its more grandiose successors, but nevertheless contains some compelling action sequences. The truck heists in particular are a highlight, while the chases and races convey a great sense of speed and tension when they aren’t overcomplicated by blurry slow motion effects or CG engine animations.

Unmistakably a product of its time, the film hasn’t aged very gracefully. Swaggering dialogue pads out a meager plot against a background of turn-of-the-century hip hop and alternative metal–the movie is instantly dated once the Limp Bizkit and Ja Rule tracks kick in during depictions of rowdy street racers and gaudy cars with neon underlights. Similarly, Brian’s first street race includes some CG animation of nitrous oxide igniting within the engine paired with an accelerated zoom effect and motion blur, as though they were racing spaceships with nitrous-powered warp engines.

The first one. With Ja Rule.

The opening heist, a homage to the iconic, death defying chase scene from Stagecoach (1939). It’s an exhilarating start to both the film and the franchise, and a nice reminder that as far as the action goes, the film understands that flash and style don’t matter as much as what’s under the hood.

“I live my life a quarter mile at a time. Nothing else matters. For those ten seconds or less, I’m free.”

Not very. The film limps along with weak plotting and uncompelling characters punctuated with the occasional race. It’s bookended by solid action sequences featuring some great stunt work, but the entire film could easily have been twenty minutes shorter.

Fairly. There’s a lot of legitimate anger, particularly from Vin Diesel’s brooding Dominic Toretto, but the rest amounts to the sort of tantrums typical of wounded machismo and bluster.