In this week’s episode of 12 Monkeys, Old Jennifer sends Cassie back to 2016 to find her younger self  in order to find the other primaries. If Team Splinter fails to stop the Army of the 12 Monkeys from paradoxing even one more primary, time collapses. No pressure of course.

Interestingly however, the opening scene is with Olivia drinking some red forest tea in order to meet The Witness. His first message written on the wall of the run down house is “1957-1959 this was home.” When Olivia gets pissed off that the virus had been destroyed and he had not foretold of recent events, he answers with “time evolves.” The Witness then instructs her to find Cassandra and prepare her to which Olivia gets even angrier and claims that Dr. Railly is a threat and should be eliminated. Her leader writes a resounding NO all over the walls of the house before appearing in front of his minion. She wakes up with a nosebleed and Pallid Man being all self-righteous.

Going forward to 2044, Cole meets Old Jennifer who tells him that they need a guide who can help them find the other primaries. She can’t do in her advanced years since she can’t hear the voices as well, but 2016 her has the gift. He is all gung ho to go back and do this when she adds that it has to be Cassie instead of him. The good doctor is less than thrilled of course being 1) she strongly dislikes Jennifer and 2) she hates time travel. Sorry doc!

Meanwhile, trouble is brewing for Deacon as only one of his men returns from a supply run and we find out that a new villainous character called the Foreman is hunting him. He also kills the guy who survives knowing that he made a deal with the enemy to save his own skin enraging Ramse who witnesses the exchange. I’m sure that guy wasn’t happy Deacon didn’t die last episode. 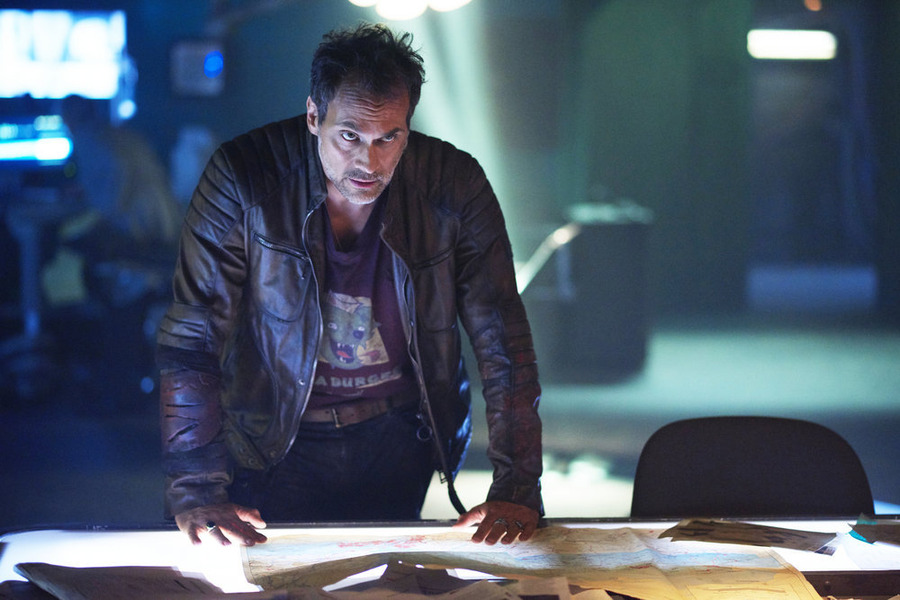 Before Cassie splinters back to 2016, Cole and Deacon see her off and have a testosterone competition.

Cole (to Cassie): See you soon.

Deacon (to Cassie): Watch your back.

How could one not love this scene?? Time Jesus!!!

In 2016, we see a very different Jennifer who has seemed to let go of her past and is taking medication to suppress her abilities. She is smiling and has a bounce to her step as she adopts a pet turtle (who is still alive in 2044 and is GINORMOUS!). True enough as well she ends up going to the hotel bar at the Emerson with two girlfriends (yes she has friends now!). Jennifer stalks one of the hotel attendants (who has a crush on her) and asks if the occupant of suite 607 is in. To her surprise she finally gets a yes and goes to meet Cole upstairs in the sitting area. Except it’s not her otter eyes, it’s Cassie. Dr. Railly cuts to the chase and says she’s here because she needs to know about the other primaries, but Jennifer defiantly explains that she’s fully medicated and no longer hears voices or gets visions. One of her girlfriends comes up to see what’s going on and she recognizes Cassie. The two women get into an all out fight to which the doctor is the victor (she has one mean roundhouse kick)! Whoops, that friend was a 12 Monkeys operative.

The two women leave to go on a little road trip. During their fiery car conversation Cassie realizes that taking Ms. Goines off her meds won’t be enough, they need a trigger. They head to Jennifer’s country home where we discover that when she had been a child, her mother had tried to drown her in the bathtub, convinced that she had been a monster. We get more of her background as well and find out that mom really had been mentally unstable with Leland committing her after the bathtub incident. Jennifer’s room is covered with sketches of monkeys, Jones, other people and places from across time periods. The primary also seems to keep hallucinating her dead mother (even with the meds). Cassie grows to sympathize with the other woman and she’s becomes nice despite their rocky start.

Jennifer then notices one of her old sketches and identifies Kyle Slade, another primary who lived in New York in 1975. This guy though sounds dangerous after she mentions that he did a lot of bad things. Before getting through to any others, Pallid Man and one of his goons appear in the doorway. Cassie quickly stands by Jennifer and points her gun at PM who says that she can’t shoot both of them. Realizing that he’s right, she points the weapon at the primary instead, saying that they can’t paradox Jennifer if she’s dead. PM gives her kudos but knows that she won’t actually pull the trigger. He’s right of course and the two of them are taken back to 12 Monkey HQ. 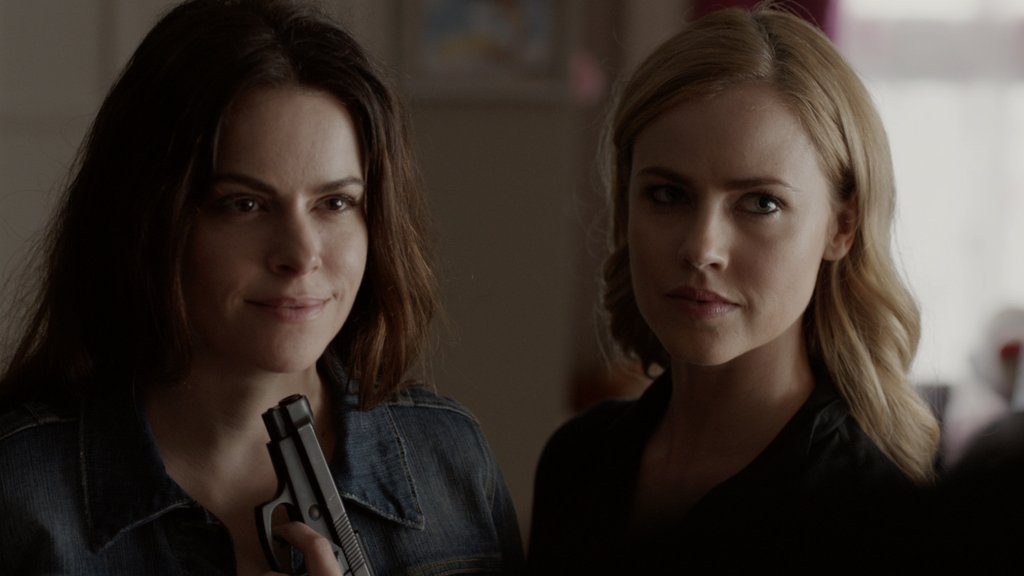 Olivia greets PM when he returns and instructs him to leave Dr. Railly to her and to not challenge her authority. Apparently The Witness has entrusted this cycle to her and he has a plague to reconstruct. PM concedes for now but ominously says that he wonders how much longer she’ll be in charge for. Watch your back Olivia, he’s looking to move up the ranks!

Cassie is forced to drink red forest tea for a full immersion, but what exactly that means is still unknown. Inside the house, she sees The Witness and he flickers back and forth from an image of scarred Aaron to his regular plague costume. So is Aaron really The Witness? I’m not so sure. It might just be a projection of someone Cassie trusts so that she becomes more willing to accept whatever was happening to her. Regardless, I totally gasped at that scene.

Jennifer saves the day after she over powers her guard and cleverly plays music on her phone and places it in an intercom far away from where Cassie is being held to lure Olivia away. Before that though, she sees a large parchment encased in glass with the plaque “Word of The Witness.” It’s some kind of time map that connects Cole, Cassie, Jennifer, Kyle and numerous other people and events. Jennifer even sees that she’s supposed to die on September 23, 2044. Not cool. She then races back to get Cassie but the doctor says that they have to deal with Olivia. In a brilliant move, Jennifer holds out a knife to the other woman and then pretends that she is falling for the words of the 12 Monkeys leader. Just as Olivia comes in for the hug, the primary stabs her and she falls into the empty swimming pool.

Can we take a moment to just acknowledge how amazing both Amanda Schull and Emily Hampshire were in this episode? Their characters have both gone through so much and to be able to get past their differences and support each other shows how far these two women have come. Nothing like saving the world and getting kidnapped together that helps you bond with another person.

Back at Monkey HQ Pallid Man leaves an injured Olivia (without helping her) and goes into the red forest himself. He then asks The Witness to entrust him with this cycle and his leader agrees, saying it is his birthright. 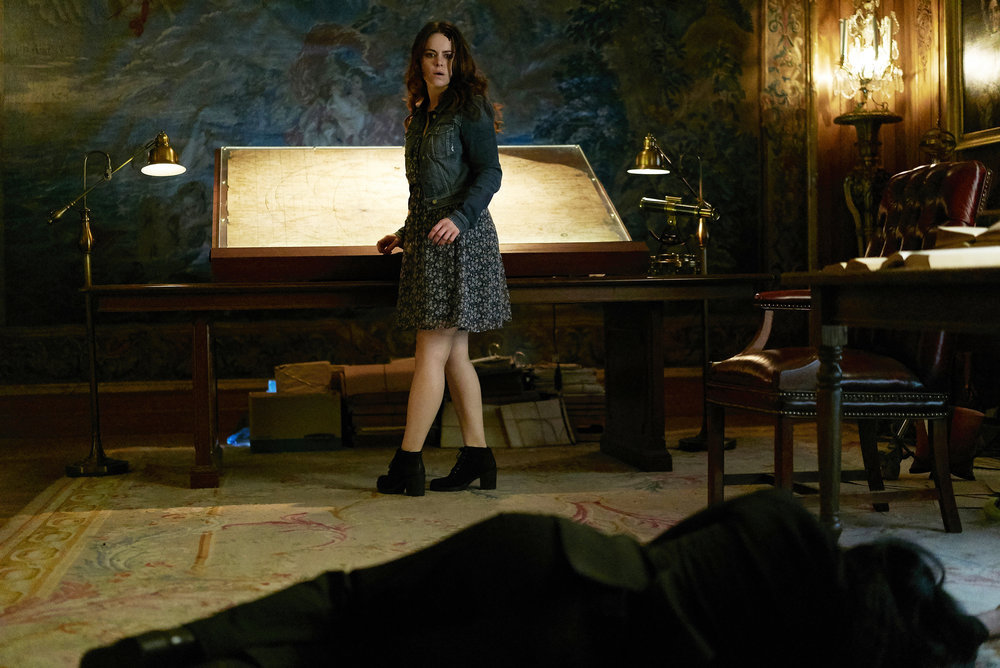 Meanwhile in 2044, Ramse and Cole take matters into their own hands and make a deal with the Foreman. They trick the West 7 leader into going out for a ride to investigate one of the temporal anomalies and then they leave him with the Foreman and his goons. The bros tell Jones back at the facility that they were vulnerable as long as Deacon was there because of his numerous enemies and so this had to be done. But being the crazy badass he is, the man just doesn’t die and instead manages to kill his captors. He returns completely bloodied and even more maniacal looking, but says he respects the boys for what they did because that’s what he would have done. Now though, Cole and Ramse will have to sleep with one eye open knowing that retribution could be just around the corner.

We end with Cole returning to 2016 to retrieve Cassie but she decides to stay and watch over Jennifer for a little while (she had a concussion). She admits to him that they are somewhat friends now and this must have been Old Jennifer’s way of making that happen. Awww that’s so  sweet! He senses however that the doctor isn’t telling him everything, but we know she’s not ready to talk about her time with The Witness just yet. Cassie gives him the information on Kyle Slade and tells him to be careful because this one isn’t like the other primaries. Cole nods and takes a bottle of whiskey back with him to the future. Jennifer in the meantime is back in primary mode, furiously sketching Kyle’s hands are he is washing what looks like blood away. We flash to 1975 where Kyle himself is muttering the same words as Ms. Goines and then says that finally James Cole is coming for him.

I really loved this female-centric episode because we saw new sides to Cassie, Jennifer, and Olivia. Both Jennifer and Cassie showed how capable and strong they are, while Olivia showed vulnerability and doubt after recent events. The lives of all three women continue to be in flux and somehow they all have to adapt to survive.

Week after week 12 Monkeys continues to push the envelope on the unexpected and brings us new levels of crazy (the good kind) that makes the series addictive. It’s truly one of the best shows on television right now and I can’t even imagine how this season is going to end. The only thing I know for sure is that we had better get a third season (looking at you Syfy).

I leave you with: 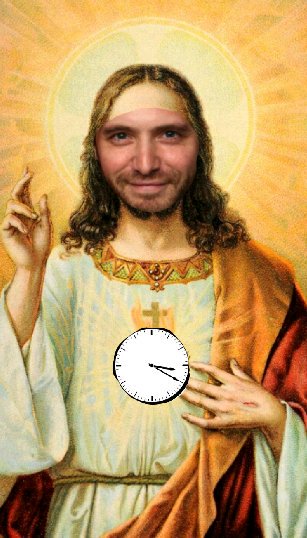 Nicole is the Features Editor for The Workprint. She may or may not be addicted to coffee, audiobooks, and sci-fi.
@niixc
Previous ‘Game of Thrones’ – “Book of the Stranger”: It’s Getting Hot In Here
Next ‘Jane the Virgin’: Was the Season 2 Finale Too Much? 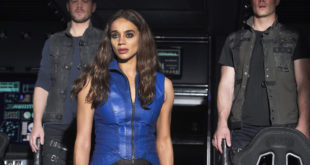 In the series finale of Syfy’s Killjoys, it’s armageddon time! Jaq is in the clutches …