I wanted to title this review with something about what an absolute master of style J.J. Abrams has become over the past twenty years. I’ve been a fan since Felicity, which is still, to date, my favorite television show (the finale is unmatched, in my mind). Fringe is the last television show that had me gripped from beginning to end. You might not be promised perfection when you sit down in front of a J.J. Abrams property, but you can be sure he’ll deliver a story full of passion, imagination, and creativity.

I planned to sit down and write that story, and in many ways, 10 Cloverfield Lane delivers on those promises and more, without encountering some common pitfalls. It’s got a little something for everyone—great character studies, intriguing world-building, scenes that smack of classic horror, and of course, science fiction.

Instead, my headline is about John Goodman because goddamn. That man is a national treasure. His performance in this only highlights what should have been clear for decades–that his talent is effortless, and extends far beyond the majority of roles he’s been given. 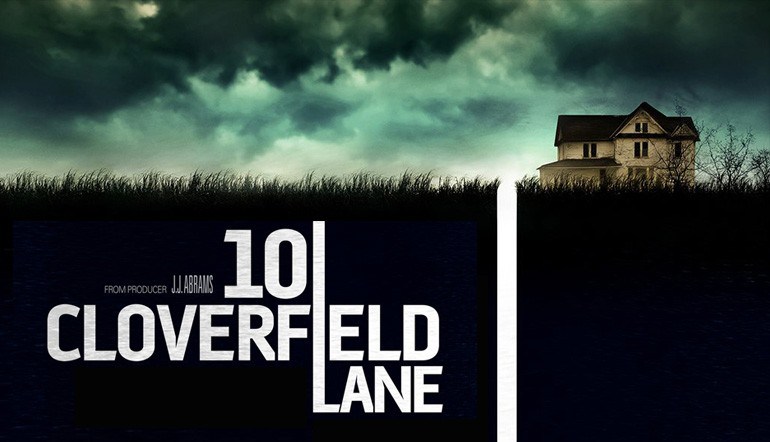 In 10 Cloverfield Lane, we meet Michelle (Mary Elizabeth Winstead) as she’s leaving her fiancée and driving…somewhere. After being hit by another car and spinning off the road, she wakes up injured, half-naked, and chained to a bed in a bunker that makes Room look like the Plaza.

Enter Howard (John Goodman), who claims that he not only saved her life by pulling her from the wreck of her car, but that he continues to save her by keeping her with him underground. There’s been an attack, you see—alien, nuclear, chemical, he’s not sure—and the air outside is toxic. Everyone is dead. Everything is gone.

Michelle finds all of this a tad hard to believe. When she figures out she’s not the sole “guest” underground, she appeals to the other man’s good senses only to learn that he helped Howard build his shelter. Not only that, but he came of his own free will after witnessing the “attack” with his own two eyes.

It’s hard to know what do believe, who to trust, and how much of the truth is finding its way into that bunker which is exactly what the filmmakers want. 10 Cloverfield Lane is fraught with tension (assisted by a nice score) and built on the solid support that can only be provided by an idea with good legs. The performances are authentic, especially John Goodman’s, and I jumped and clapped a hand over my mouth on more than one occasion. The filmmakers pay attention to every last detail that creates a creepy, uncertain, dangerous atmosphere and it pays off in spades. 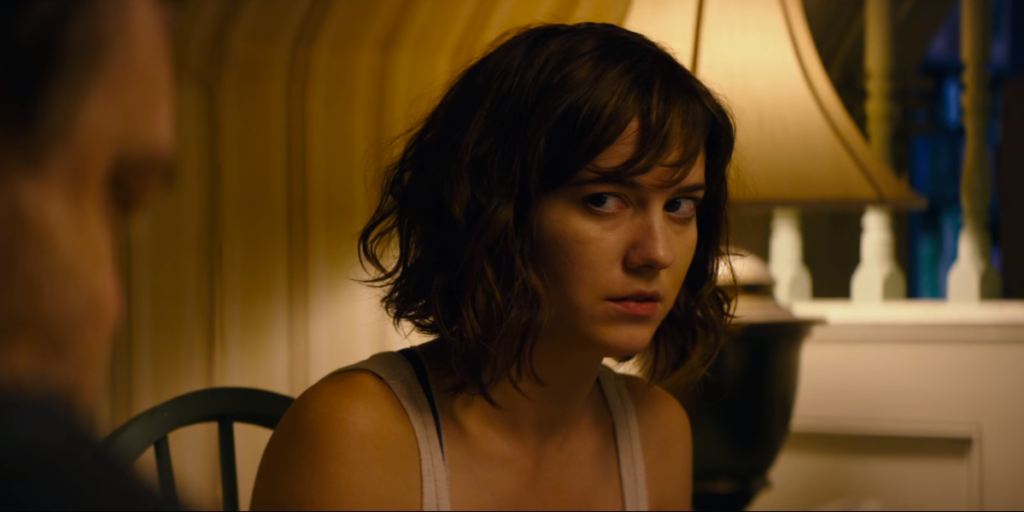 I can’t reveal more of the plot without giving you pieces that are so much more delicious to discover first hand. If you have any desire to see the movie, I would urge you to see it this weekend before spoilers are all over the Internet. There’s something so fun about discovering the truth about Howard, and falling all the way down the rabbit hole, right along with the main character.

If you’re a fan of J.J. Abrams (like me) then the ending won’t come as any great surprise but that’s not to say that it’s at all expected, either. I especially love the vague feeling that we’re not done with these characters, or this world, that feels so visceral and real.

Note: I watched Cloverfield (2008), which was also produced by J.J. Abrams, but after numerous discussions with the fella, we haven’t come to an agreement as to whether they’re connected (other than the name). I kind of feel like Abrams has a plan— that he’s weaving a tapestry, if you will—and “Cloverfield” is his own secret project name. If so, I can’t wait until he’s added enough threads for all of us to see the big picture.

I suppose only time will tell. And maybe that’s the best part.

@theworkprint
Follow
Previous article
The Workprint Gamescast Episode 25 – Buyers Remorse!
Next article
‘The Magicians’ Showrunner on Plover’s Dark Secret and What it Means for Quentin