WWE SummerSlam comes to us live from the Barclay Center in New York and the We Hate Your Gimmick crew has your predictions. Danielle and I have changed it up a bit for this and invited the great Jennie Perri to join us. Jennie’s love of “Arrow” crossed into our world, so it was only fitting. Let’s go to the SummerSlam predictions! 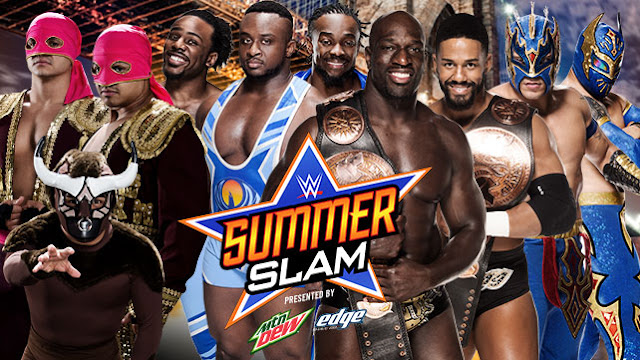 FATAL 4-WAY FOR THE WWE TAG TEAM CHAMPIONSHIP
The Prime Time Players (champions) vs. The Lucha Dragons
vs. Los Matadores vs. The New Day

DANIELLE: The Lucha Dragons
The Matadores are a joke. Always have been, always will be. New Day reached the pinnacle of their popularity already and The Prime Time Players are dull despite having the titles. I think a new team is picked to shine. Lucha Dragons finally get the titles.

JENNIE: The Prime Time Players
I preface this with saying I know nothing about wresting and the WWE. I am watching SummerSlam because My Captain told me to. Long Live Captain Amell. That said, I have done a little research and this looks fun. I love the PTP. They dance, they’re cocky, I love Titus’s Gator Bark. PTP should retain the titles.

MATT: The New Day
I have no idea why The New Day is so popular. I read recaps and reviews which feature words like “hilarious” and “funny”. But they’re not. They’re like that friend of yours who thinks they’re funny but, really, they’re just obnoxious. E is the same person he’s always been. Woods is boring and has no in-ring chemistry and Kofi’s Kofi. By himself, he’s great. With the team, he’s held back. This is the most overrated tag team working today. For some reason, they’ll be given the titles because everyone thinks they deserve them. 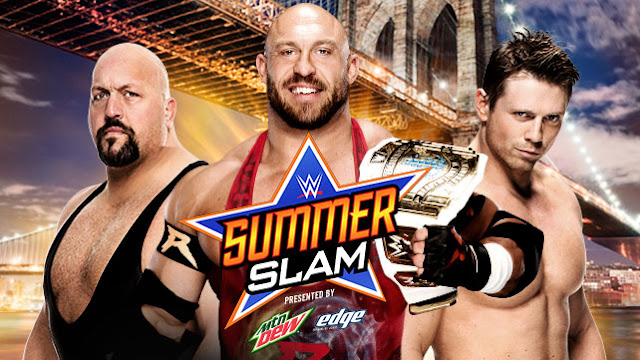 TRIPLE THREAT MATCH FOR THE WWE INTERCONTINENTAL CHAMPIONSHIP
Ryback (champion) vs. Big Show vs. The Miz

DANIELLE: Ryback
He’s back from an injury and the crowd loves him so, unless WWE feels like committing suicide by putting the belt on two of the mid-card’s most lackluster stars, Ryback retains the title.

JENNIE: Ryback
He’s got size and Big Show’s got size. Miz looks so small next to these guys. Between Show and Ryback, Ryback looks like a guy who has speed and strength, so I think Ryback retains his title.

MATT: Ryback
I cannot imagine that Ryback will lose the title here. Show and Miz are so boring and so is this feud. Ryback has done so well getting the fans on his side lately. 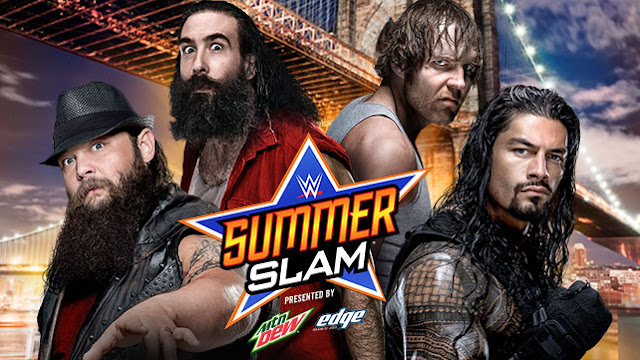 DANIELLE: Ambrose/Reigns
I seriously hope that Dean Ambrose doesn’t turn heel like everyone’s predicting. Barring that, Ambrose and Reigns have to win this. Both are insane people and the fans love them together.

JENNIE: Ambrose/Reigns
Dean’s nuts and Roman’s…sigh…where is he from? How would these guys lose to anyone? Reigns is adorable…

MATT: The Wyatts
Oh, they’ll find a way to have them lose. Dean turns heel which might not be a bad thing — even though it makes zero sense. The Wyatts win this match — that is, unless, Erick Owens returns to help. Who knows? 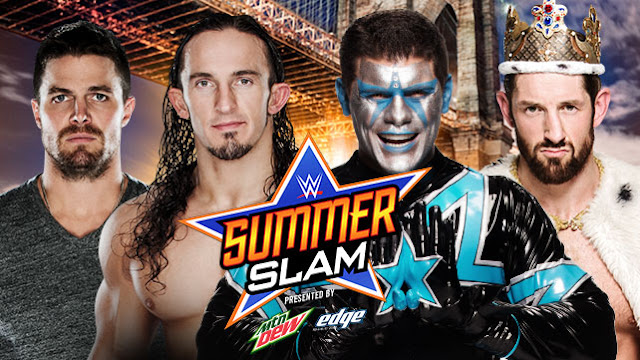 DANIELLE: The Arrows
It SHOULD be The Arrows. This is a fun match due to the crossed interest between wrestling fans and comic fans.

JENNIE: The Arrows
The whole reason I am watching SummerSlam. Stephen Amell is going to kick some ass. Stardust and Barrett are bullies. While fighting as himself (he is in great physical shape and does a lot of his own stunts on the show), I do think he will have some Green Arrow tricks up his sleeve. The rivalry has been entertaining to watch between Amell and Stardust — and it has gotten me to watch wresting, and that is something I never thought I would ever do. Go Captain!!!

MATT: The Arrows
This is your big celeb match and, for once, WWE has gotten it right. Amell is super popular with so many comic fans and the whole feud has elevated Neville, Barrett and Stardust who are all wrestlers who haven’t had a whole lot to do. The Arrows win this won because evil never triumphs…wait…this is wrestling, so I might be wrong. 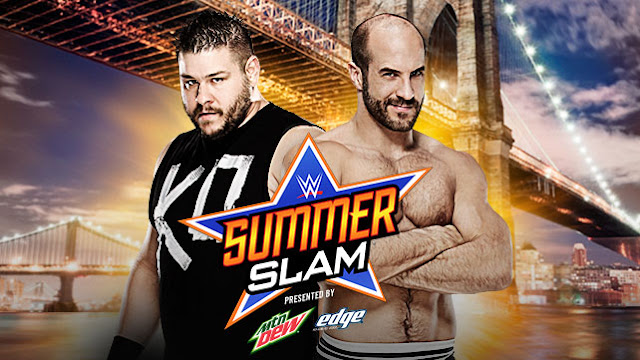 DANIELLE: Cesaro
Cesaro’s gonna crush the hell out of Owens. I even think Cesaro will put The Swing on him. I cannot see Owens going over here.

JENNIE: Kevin Owens
He’s lost a lot ever since his feud with John Cena. I can’t imagine that he wouldn’t beat Cesaro.

MATT: Kevin Owens
He was buried by Cena, he’s been buried by Orton, he’s been pushed around by other heels — and he lost the NXT Championship last night on NXT Takeover. Owens is supremely talented and needs a win to stay relevant. I think he beats Cesaro but this one should be a knock-down, drag-out fight. 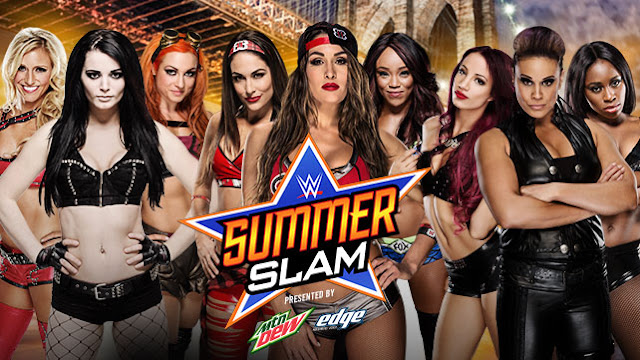 DANIELLE: Team PCB
They’re at the height of their popularity as the WWE Universe is starting to turn on the Bellas and Team B.A.D. since only one of the six people in those teams can actually wrestle.

JENNIE: Team PCB
Paige is super nice to people. They’re the best team here. I think they win this one. 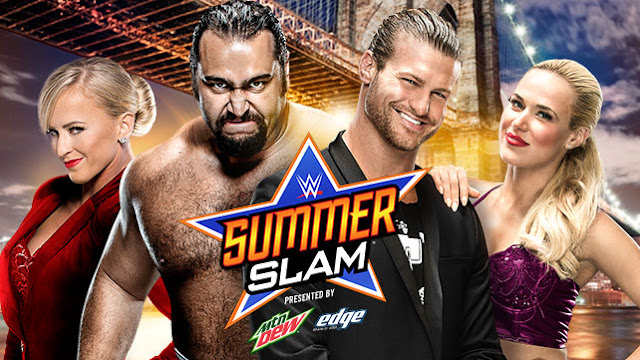 DANIELLE: Dolph Ziggler
Dolph’s made a comeback and Lana will get involved, making Dolph the winner in a feud that MUST. KEEP. GOING.

MATT: Dolph Ziggler
It used to be that nobody could casually beat Rusev. I think that ends tonight. Rusev’s become the wrecking machine that he was before he lost to Cena at WrestleMania. This should be the match that knocks him down a peg. 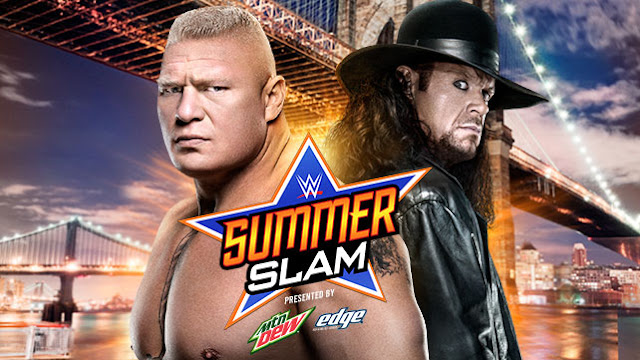 Brock Lesnar vs. The Undertaker

DANIELLE: The Undertaker
It would be easier to predict this if I knew who was going to WrestleMania. However, I’m going with The Undertaker because he’s rested up for so long and this might just be his swan song.

JENNIE: The Undertaker
He’s the damn Undertaker. He always will be The Undertaker. I still remember him from when I was a little girl. He beats Brock — though, it won’t be easy. Death, however, ALWAYS wins. 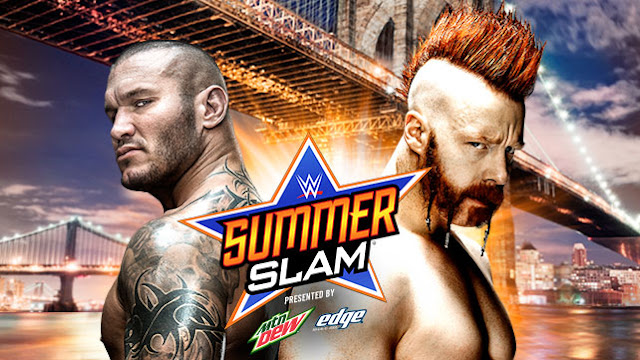 DANIELLE: Sheamus
He may look silly and his gimmick is such a stereotype but I think he goes over here because Orton’s just kinda there. I think Sheamus wins this match.

JENNIE: Sheamus
I will always side with an angry, pissed-off Irishman any day of the week and twice on Sunday. Today is one of those Sundays.

MATT: Sheamus
Sheamus needs a win. The dude won the case and he’s been beat up ever since. He should beat Orton here. 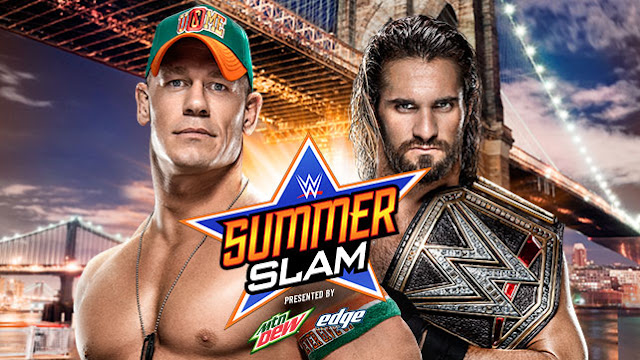 DANIELLE: #CENAWINSLOL
This isn’t gonna have a clean finish. I almost wonder if Kane gets involved somehow. Cena wins — but wins dirty. That’ll be the extra middle finger to those who wanna see him turn heel.

JENNIE: John Cena
While I like Seth Rollins (or realistically, his leather pants — rawwwwr…) I think that John Cena will win this one because he’s John Cena and Seth Rollins’ time is up.

MATT: Seth Rollins or Cena winning with Sheamus cashing in
There’s gonna be some massive chicanery here. Either The Authority interferes or Sheamus cashes in to win the match. There’s no way Cena goes home with the title.

And there you have it!