Why Netflix Should Buy Telltale Games

Given their preferences for episodic storytelling, Netflix acquiring Telltale would make sense.

The progenitor of the television streaming era, Netflix is easily the global leader in adapting new IPs. Hollywood’s greatest project green lighter since the early 2010s, the streamer’s pivot to original content has not only made Netflix one of the world’s most recognized studios—with a powerful international presence—but has also redefined the entire industry. Netflix will forever be known as the destroyer of Blockbuster and movie theatres. It is also, the most prestigious award-winning studio today, sweeping a majority of Oscar and Emmy nominations since 2018.

But in an era where Amazon Prime has made itself a challenger, not just as a streaming competitor, but as a subscription service with rentable video, music, and delivery services for their e-commerce platform, the future of Netflix become quite murkier. As each competitor seems to provide more than just streaming.

Apple TV tends to come free with every new Apple device. Disney has their Disney Bundle, along with theme parks and an overall entertainment monopoly. Even newcomer HBO Max now has shorter 45-day release windows for all of their theatrical movies (they get first dibs afterward), as well as a content library with IPs from Warner Bros., DC, Discovery, and somewhat surprisingly, Cartoon Network/Adult Swim.

Netflix has had to find an edge to compete with these up-and-coming services. Not just against rival streamers, but also, against services such as TikTok, Twitch, and really, anything that consumes a user’s downtime that it isn’t Netflix.

This is why Netflix has taken a pretty strong pivot into gaming these past few months. Starting mostly with mobile games even though their initial designs thus far have been rather basic and reminiscent of the flash-era games of the early 2000s. Still, the company is doubling down on gaming.

Netflix has already bought out Night School Studio, a diverse game developer of hits such as Oxenfree and Afterparty, founded by two former Telltale employees. Netflix has also produced Minecraft: Story Mode, a Netflix original series developed by Telltale in 2018. If that wasn’t enough, who could forget about Bandersnatch. The first-ever choose your own adventure TV series, poetically about a video game choose your own adventure story, set inside the parameters of a Netflix TV series.

The Problems With Streaming Videogames 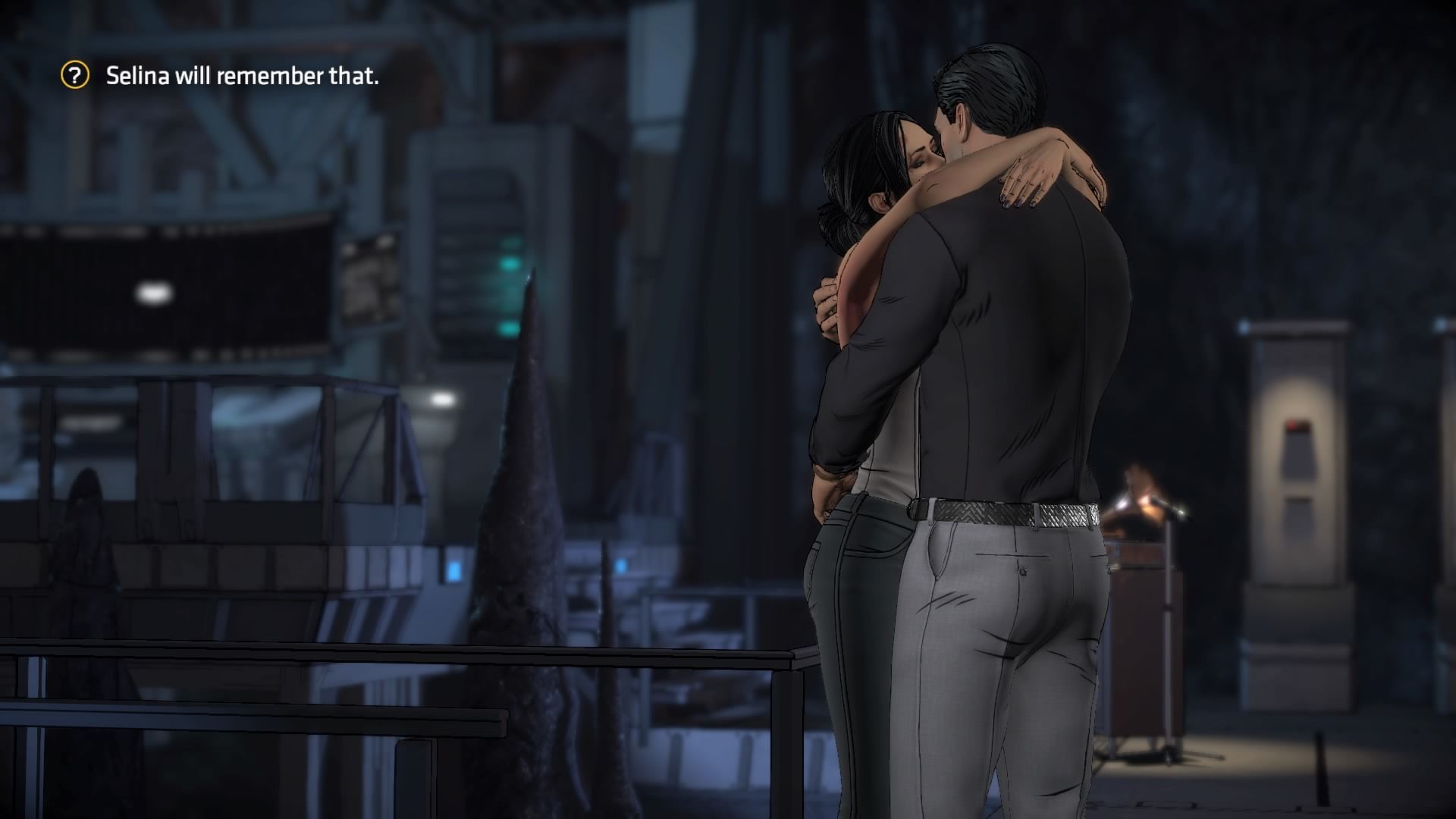 Still, adapting streaming for the gaming world is far from easy. For starters, global internet speeds still aren’t up to date for high-resolution gaming, nor will it be anytime soon for slower internet speed countries.

5G networks, which are ideally the first largely capable traffic pathways for optimized gameplay streaming, are still undergoing a very slow release in terms of their network of access. There are patches due to infrastructure problems such as airplane signal disruptions, and of course, construction delays of 5G towers along with material supply chain issues due to the Covid-19 pandemic.

That being said, I personally do believe Netflix can pull this off if they get involved with the right partners. Particularly one company that has always worked well with them in the past regarding adaptions made from comics and TV intellectual properties.

I am talking of course about Telltale Games, who are currently in the development of hits such as The Wolf Among Us 2. Still, it’s been a rocky road for Telltale. Which is the only reason I can see Netflix being hesitant to throw money at this project.

What Happened To Telltale Games? Telltale was once the king of story-based episodic gaming. Using a multi-episode release format while having characters perform in a story setting with active choices and quick-time environments, Telltale’s games were like having a living comic book in your hands. One where you had to be mindful of choices… because someone would always remember that!

Beginning in 2012, with the Game of The Year winning The Walking Dead series, this harrowing tale starring Lee Everett and eventual series lead, Clementine—became the staple of what choose your own adventure games could be in modern gaming. Not only accessible on consoles, and on Steam, but also, on mobile as well! Becoming one of the biggest multiplatform hits of the time during what would be the peak of The Walking Dead hype.

After the success of that series, the original Telltale company expanded, releasing a barrage of groundbreaking hits. Creating what may be the funniest video game of all-time, with Tales from the Borderlands—an offshoot of the Borderlands series—the company also created the game they’re most publically known for The Wolf Among Us. Doing yet again what they do best, by adapting a critically acclaimed graphic novels series. This time, with the hit comics created by Bill Willingham: Fables (imagine ABC’s Once Upon A Time but as darker noir).

Seeing how this was working well, Telltale then continued developing adaptations of hit stories with Game of Thrones and, eventually, the property that cost them all their development money: Batman. Telltale was also, already, in the works of developing a Minecraft adventure series for Netflix (later known as the Minecraft: Story mode interactive series). Though the biggest news of what could have been was in their supposed project to adapt Stranger Things as an adventure game.

This was of course before the company had gone just shy of bankruptcy due to underperforming sales of Batman and the cost of adopting such high-quality IP while using, what was essentially, the same game engine throughout this entire time period of games development. About 250 people lost their jobs. It was heavily believed to be mostly the fault of former CEO Kevin Bruner, and really, just the toxic crunch culture that is being heavily stigmatized in gaming today.

But just when everyone thought Telltale was history, LCG Entertainment happened one year later. The holding company had purchased the rights to the Telltale name, along with the studio assets, trademarks, tech, and IPs—minus The Walking Dead, whose rights have gone back to Robert Kirkman (the series creator) and his Skybound company. The new Telltale CEO, Jamie Ottilie, had this to say regarding the merger, as taken from the original report via Business Wire:

“All of us were big fans of the games Telltale created, as we strongly believe in games as a storytelling medium and nobody did it better. Even now, when you see a game with strong narrative, it’s always compared to Telltale, so it’s no surprise that players and industry colleagues alike mourned the studio’s closure. We believe there is still so much life to the brand and its franchises, and we look forward to building upon the company’s storytelling legacy.”

This new Telltale company will have a lot to prove but is continuing to take its beloved narrative approach to gaming. The company is growing again from the ground up, with half of its development team officially rehired (but under new management). They’re also working on several projects behind the scenes, along with a brand new game engine. All for what’s promising to be a more distributed and sustainable model. If that wasn’t enough, the company has also hired back, or are working with, their former creative leads.

Right now, LCG Entertainment/Telltale is working on a game adaptation for the critically acclaimed science fiction series: The Expanse. Though things do seem to be improving, it could be a lot more streamlined if a bigger entity were to buy them out. This year alone has already seen the looming buyout of Activision Blizzard by Microsoft and Bungie’s buyout by Sony. It wouldn’t be surprising to see a big player like Netflix make a move as well soon too.

Why The Ownership Would Make Sense

Ever since the release of the Black Mirror: Bandersnatch series, it’s pretty obvious just how desperate Netflix is in wanting to foray into gaming. They have the users. They have a platform. They just need the developers, and more importantly, the people who know how to make TV shows into video games. Something, historically, that Telltale has done admirably throughout their lifetime as a company.

Atop of this… well, it’s really just a numbers game. Last year alone, Netflix had spent 17 Billion in content spending. An obscene amount to many, until you remember that this is a global brand. Netflix brokers deals on a by-country basis. With physical studios and offices in every corner of the globe minus Russia and Africa. They also, historically, have been able to maneuver around tricky international tax laws. Why? Because at the end of the day, Netflix is a digital application. Or a production company. Or the world’s biggest entertainment studio, depending on who’s asking.

More than anything else, if Netflix was already willing to spend over half a billion dollars on The Crown alone, which is just one of their IPs, then it’s pretty simple to see a buyout for small gaming that only generates about a bit over 1 million dollars in revenue.

Simply put, if Netflix is planning to venture into games using their Bandersnatch choose your own adventure type of model… Telltale is probably the company to work on this with.