When I first saw the grave at the beginning of Arrow’s fourth season, I knew it meant a year-long tease and I was furious. What a cop out to create tension for the fans. You’re better than this, Arrow. Do you even remember season two?

Ten episodes later and I’m positively fuming that we still don’t know whose grave Oliver mourns. On top of that, not only do we have to suffer through pointless flashbacks but now we have over-the-top flash forwards to drive home the point that someone dies soon and Oliver is about to go off the rails, so get your tissues, ladies and gents, heartache is a-comin’.

To deal with all my rage surrounding this issue, I need to talk about it, dissect it, and throw vases to further emphasize how angry I am the writers are resorting to such a tactic. I felt a twinge of hope when Oliver walked to the limo because I secretly hoped it would be Darhk inside and maybe the pair had teamed up against an even bigger bad and how much cooler would that have made their relationship? (Going up against Darhk’s wife, perhaps?)

Unfortunately, that didn’t happen and instead a distraught (and ring-less) Felicity was inside the limo. But hey, at least she’s alive so we can cross her name off this list. For now. Knowing what I know about the show, let’s break down the likelihood of each character’s death. (These percentages are extremely scientific. Please don’t ask to see my math.) 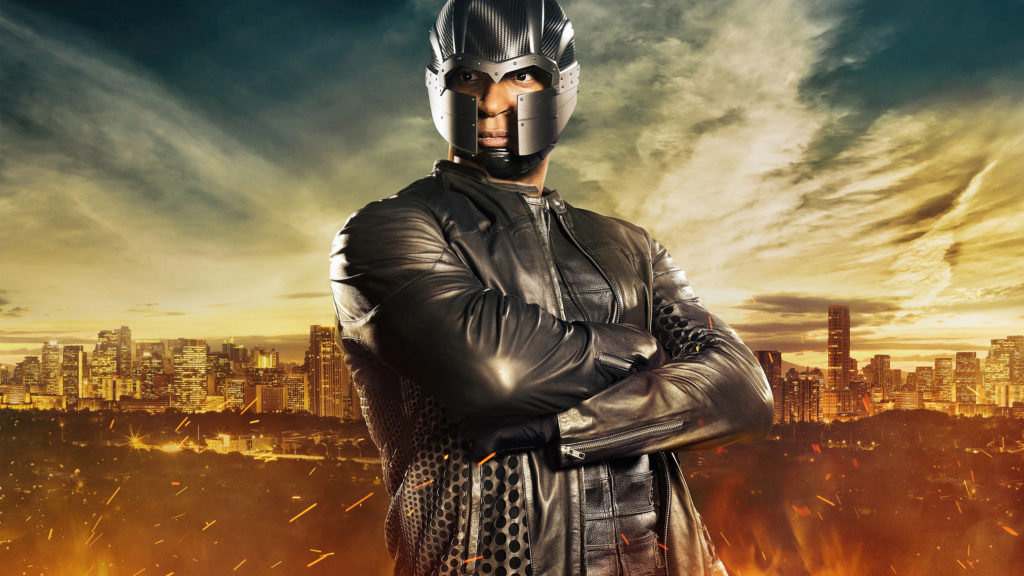 If it is Diggle’s grave, I refuse to believe he’s dead. He and Felicity are the best parts of the show, so taking away that dynamic ruins any chance of an upswing in the series. I mean, Diglett finally got his Dollar Store Magneto mask! He and Oliver are bros again! Sure, it would cause a ton of waterworks for Oliver and Felicity, maybe even cause a rift between them if she thinks he’s at fault, but I just don’t see it happening. The only way Diggle gets a grave is if it’s to fake his death to keep Lyla and the wee baby Sara safe. 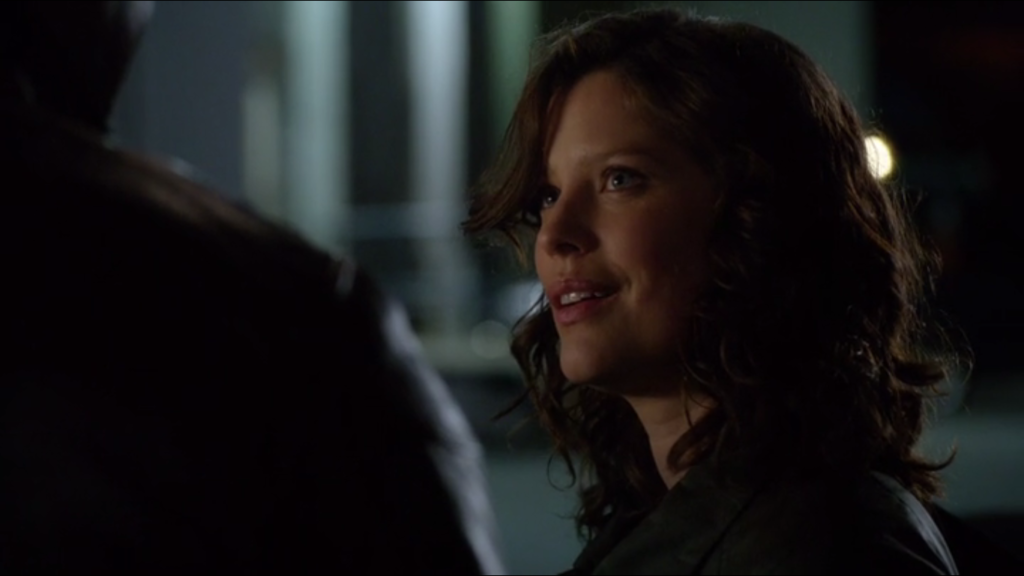 That being said, I’m very, very afraid it could be Lyla’s grave. We know that Diggle ventures over to The Flash universe in Central City at some point later in the season, but what if he does so to run away from the pain over losing his wife? It’s been speculated that it can’t be the likes of Lyla, Detective Lance, or Laurel because no one else is at the grave with Oliver. However, I think fans severely underestimate Arrow characters’ need to run away from emotions. Look at what Oliver did in the most recent episode when Felicity was in the hospital. Diggle would be in Star City armed with a gorram rocket launcher if it meant he could avenge his wife’s death. 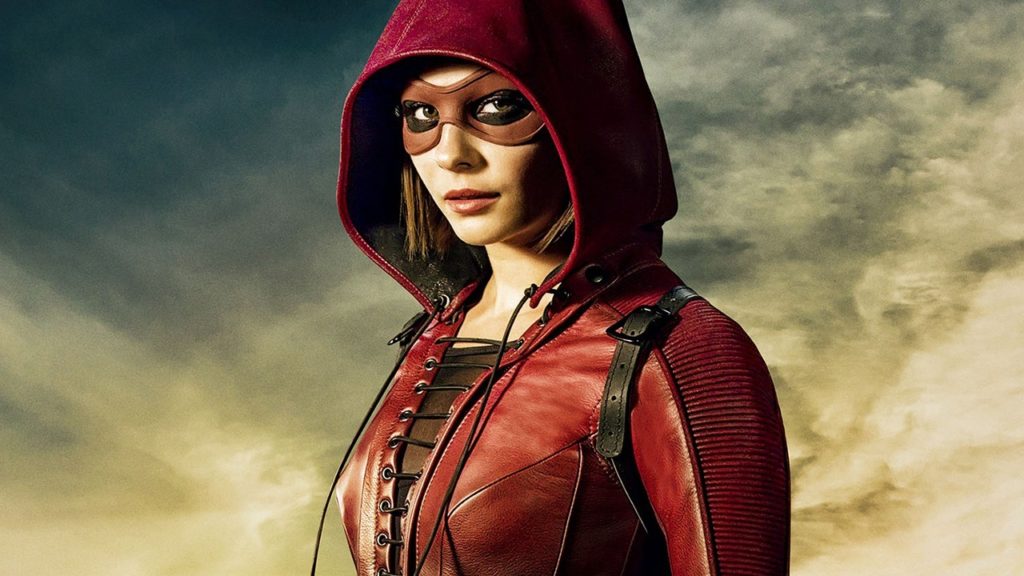 It’s been an off-season for the younger Queen, but I still think she’s a safe bet. Besides, her bloodlust appears to counter Darhk’s abilities so they’d need her for a big boss battle. It would certainly cause Oliver to break his no-killing rule, but he’s lost enough family members, don’t you think? 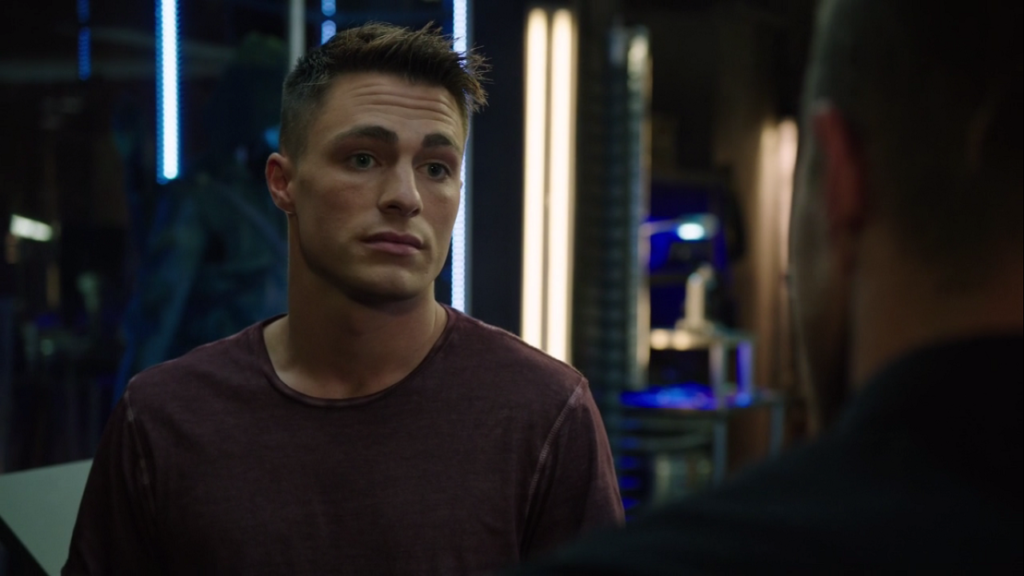 We know Roy makes a guest appearance soon, judging by the second half of the season’s trailer. However, if they bring him back only to kill him, after toying with my emotions and faking his death last season, the season is beyond saving. 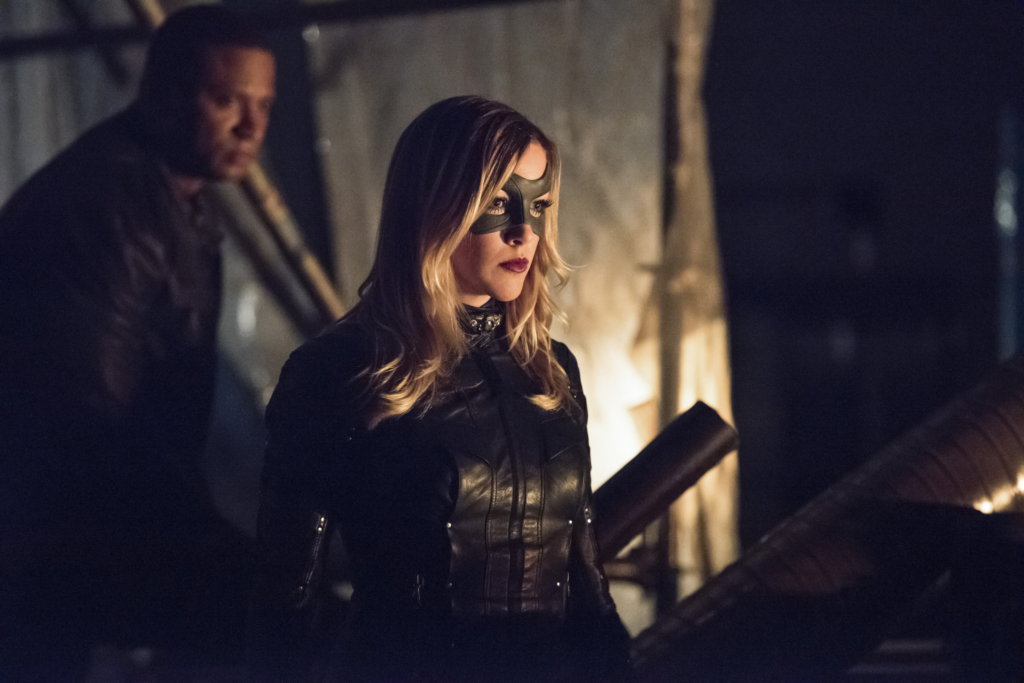 I know I’m not supposed to say things like this but my goodness I hope it’s Laurel the Hypocrite’s grave. Oh, now you care about setting loose homicidal maniacs? Now you have morals and want everyone to be all about truth and justice because it suits the pants you’re wearing this week? I know the likelihood of it actually being Laurel is slim because we’ve already lost one Black Canary but my goodness, why is she even on the show at this point? 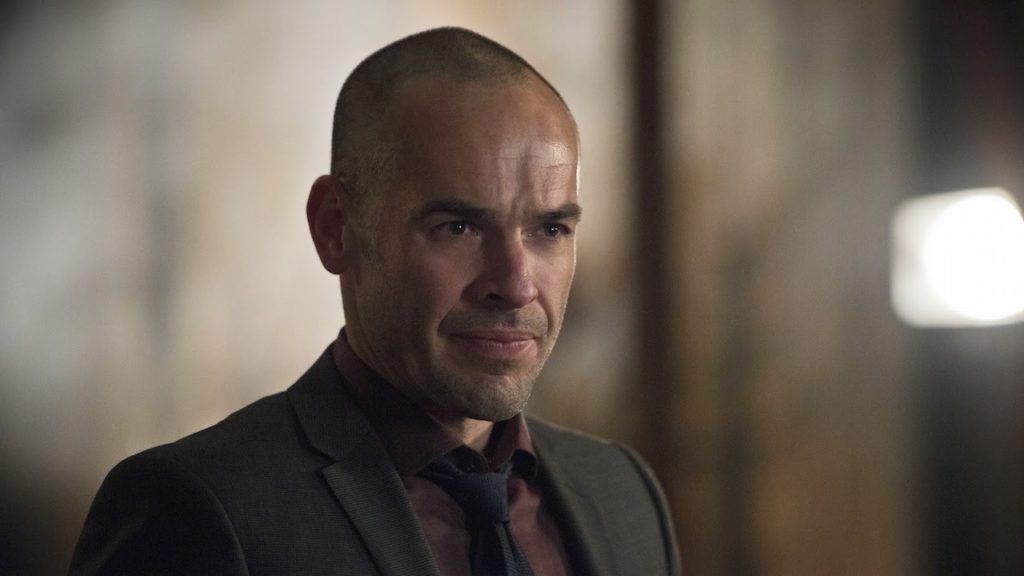 He’s almost as bad as Laurel. Almost. Every time he references Oliver “dropping bodies” I want to sucker punch him in the teeth. You WORK for the bad guy. That guy who has killed EVERYONE around you? Yea, you helped him do that. Sure, you didn’t pull the trigger, but the guilt is still there. Darhk isn’t going to be happy Lance betrayed him, and I think he already suspects it, so Lance isn’t too safe. Also, as we’ve seen in the past, he doesn’t handle bad guys too well so offing him would be easy. Besides, the SCPD is a joke rivaling Gotham PD so maybe we need to get some new blood in there. Felicity looks to be taking up an Oracle-esque role so maybe we’ll be on the lookout for a new Gordon. Fingers crossed! 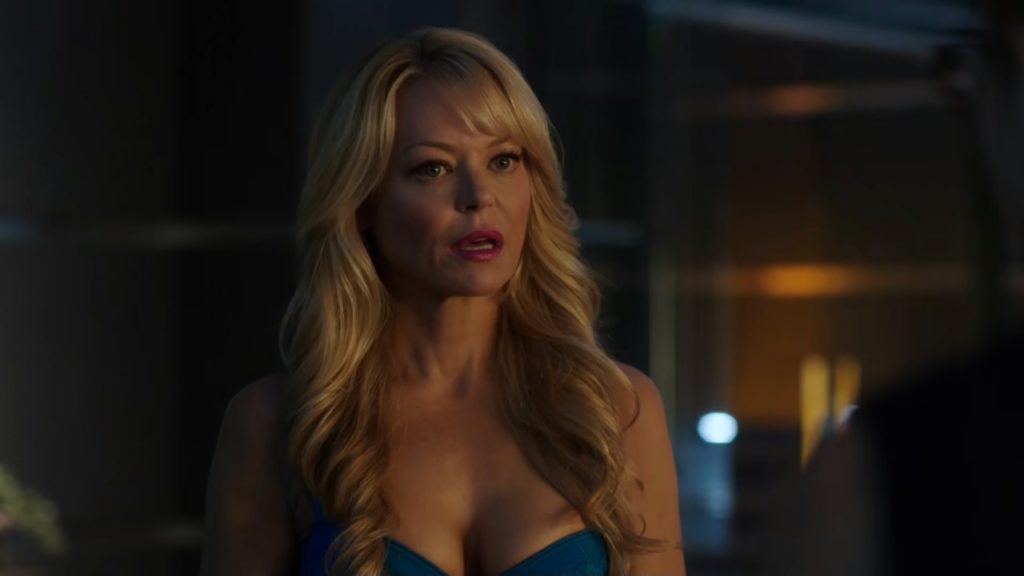 Felicity’s mom has been making regular guest appearances on the show and as anyone who watches TV drama can tell you, that is NEVER a good thing. The worst part is she’s a likable, genuine character and writers love killing off her type to spurn the hero into action. All of the above character deaths would drive Felicity to sobs, but I think only the death of her mother (and maybe Diggle) would cause her to implore Oliver to kill.

Now you tell me who you think dies in Arrow season 4. Someone I’ve listed or maybe someone else on the sidelines? Oliver’s son? Sara again?? Let me know in the comments and rage with me over this nonsensical plot device. 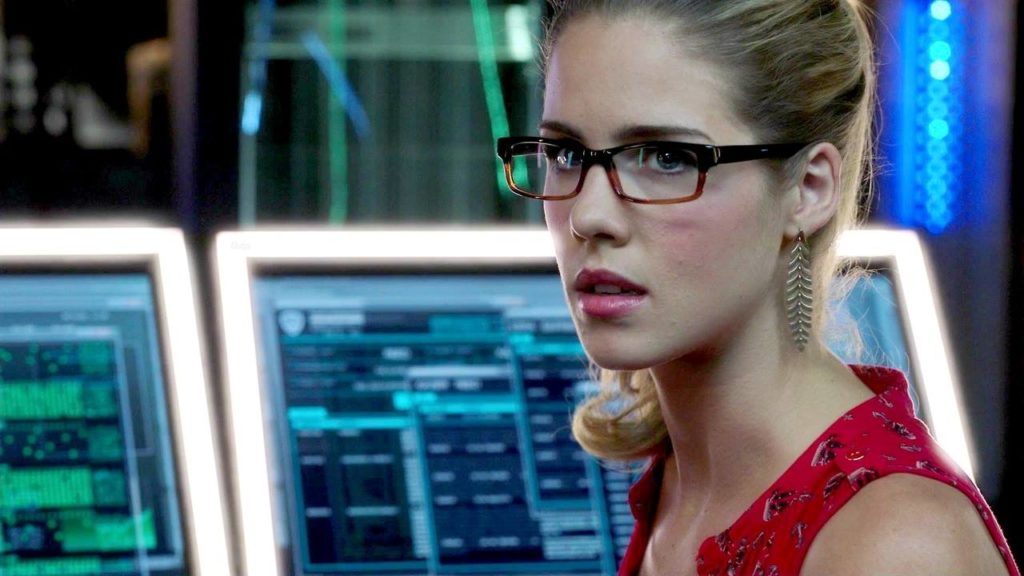 What if the Felicity does die and what Oliver was seeing in the car was a ghost of his beloved. It’s far-fetched as hell, but would ultimately be one hell of a twist.

Arrow airs Wednesdays on the CW at 8PM EST.